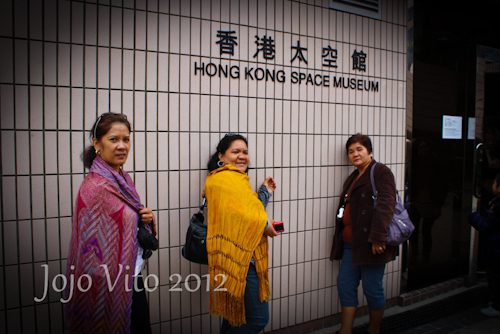 After our meal, we plan immediately on where to go. I have to make some revision on my initial plan as I have to consider my sisters.Besides, we don’t want to find ourselves running as it may turn our vacation into a stressful one. The four of us were still sleepy when we arrived at the hotel as we woke up early for the airport. So we just decided to just check the Tsim Sha Tsui area and the Nathan Road.

Choosing Tsim Sha Tsui to stay is just perfect for us. A Nathan Road, just across our hotel is the bus station to airport and MTR Station. The ferry Terminal and The China Hongkong Macau Ferry terminal, The Avenue of the Stars , organisesSpace Museum and many stores selling branded items are just a walk away.

We decided to check first The Space Museum.

Hongkong Space Museum is found at the seaside of Tsim Sha Tsui. It is the first local planetarium for the popularization of astronomy and space science. The unique egg-shaped dome renders the 8000-square-meter museum to be one of the most famous landmarks in Hong Kong.

The Museum comprises two wings – east and west. The former, the planetarium’s nucleus, has an egg-shaped dome structure. At the ground level are the Stanley Ho Space Theatre, the Hall of Space Science, workshops and offices. The west wing houses the Hall of Astronomy, the Lecture Hall, the Gift Shop and offices. 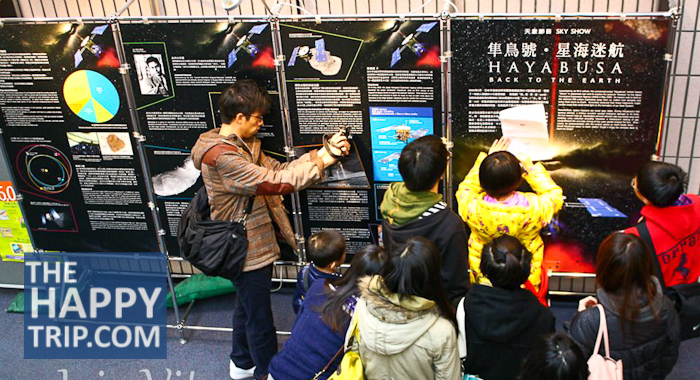 The Museum has two thematic exhibition halls: the Hall of Space Science and the Hall of Astronomy on the ground and first floors respectively. The exhibits were mostly interactive. Visitors will learn through a series of entertaining and educational experiences.

Last but not the least, the museum organizes plenty of extension activities each year, including the monthly introduction of the night sky in the Space Theatre, Astronomy Happy Hours, fun science lab sessions, astronomy competitions, lectures and astronomy film shows, etc. You can also find a lot of information related to stargazing, basic astronomy, astronomical news and educational resources in the Museum’s homepage.

I have read about the legendary Chinese cyclist Wong Kam-po that his bike and rainbow jersey used in 2007 World Championship is displayed at the museum. Being a novice biker and a fan at that, I made sure to see this exhibit nd to have a photo op of course. 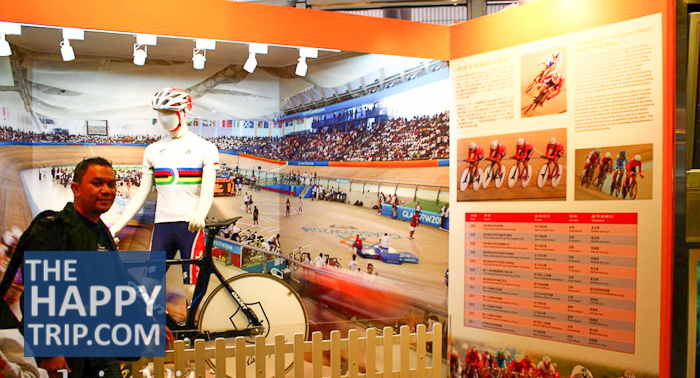 Wong Kam-po joined the Hong Kong cycling team in 1990. He quit the team after allegedly fighting with a teammate. After meeting his current coach Shen Jiang-Kong, he rejoined the team and began a successful career, winning golds in the National Games of the People’s Republic of China (1997 & 2001) and the Asian Games (1998, 2006 & 2010). His 1997 win of the Philippine Marlboro Tour was the only championship by a non-Filipino in the event.

Wong Kam-po became the first Chinese World Champion cyclist by winning the 15 km-scratch in 2007 UCI Track World Championships.He earned the right to wear the Rainbow Jersey for the year 2007-08. Wong performed well at the 2007 UCI B World Championships road race, with a 4th place finish, to win an invitation to the 2008 Summer Olympics. He is the flag bearer for Hong Kong, China.

After Wong Kam-Po won his third Asian Games Gold Medal in Guangzhou, Hong Kong’s Secretary for Home Affairs Tsang Tak-sing said, “I would like to pay my particular tribute to our cyclist Wong Kam-po who has won three gold, one silver and one bronze, including the gold medal grabbed today, during his various performances at the Asian Games. He epitomises Hong Kong people’s determination and perseverance.