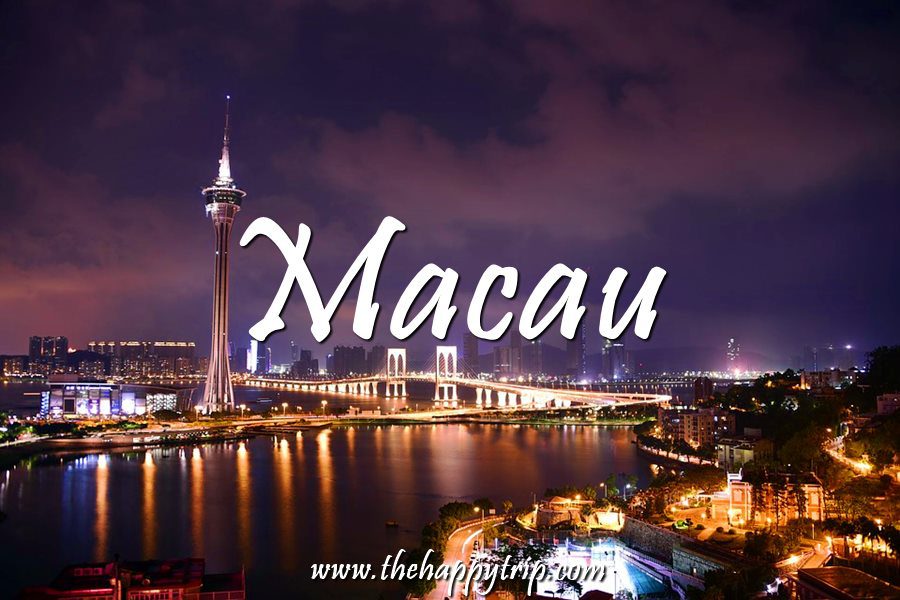 Here’s your updated Macau Tourist Spots Travel Guide. It covers beautiful attractions of the place; visa guide and other relevant pieces information for every traveler. 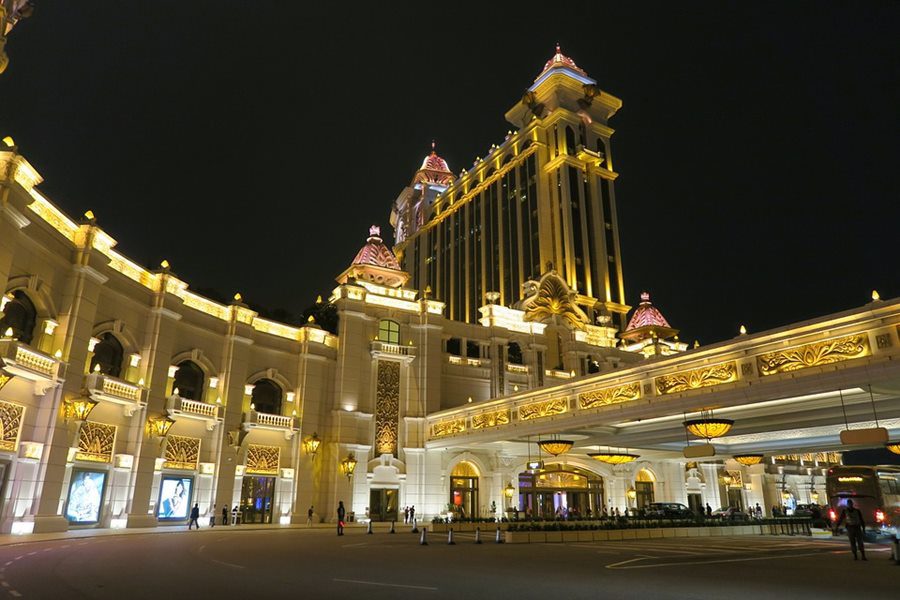 Mecca of Gambling, A Seamless Blend of Foreign and Local Culture and Macau Tourist Spots

When you hear the word “gambling,” the name of Las Vegas—or the “Sin City”—would easily come to mind. But while this city may be a hub to anything which society regard as vile, Las Vegas is not the biggest in terms of gambling.

As somewhere in the southeast region of China, there lies an independent region that, while little, it is big in gambling which makes Las Vegas’ looked smaller in comparison—Macau. Interestingly, many people dubbed this place as the “Vegas of China.”

At the north, this special piece of land is bordered by China’s Guangdong province while the southwestern part is bordered by Hong Kong. But, for a tiny piece of land, Macau has a large concentration of people whose gambling habits outmatches that of Las Vegas’ “The Strip” in terms of revenue, seven-fold.

Of course, it would take a real gambler and risk-taker to find delight in a place like Macau, but this former Portuguese colony—until only on December 20, 1999—is also a magnet for many tourists across the globe.

As once a colony of Portugal and the last one to be relinquished from colonial rule, Macau is a vestige of its former colonizer in most aspects of its visual design. In fact, remove the local Chinese from the place and you shall easily be mistaken this small region in China as that from Europe. The influence is simply so entrenched, Macau is practically a piece of a foreign country even if that is no longer the case.

While many of Macau’s design, architecture, and naming of places resound Portuguese, the native Chinese people are not without their influence towards the land they had called their home. For example, it is not that hard to find archaic Chinese temples dotting various spots in Macau but only to see traditional Portuguese tiles laying around them.

But if you want to sightsee something that is purely Portuguese in hallmark, there is always the enduring debris of St. Paul’s Cathedral, Monte Fort, or the city-center of Macau, Senado Square.
Yet, unlike most of China which predominantly speaks Mandarin, the natives of Macau are the Canton people who speak their own dialect. And when you think that the influence of the Portuguese on the land remains exclusive to architecture and designs, a bit of their culture was also left in the place. This is perhaps somewhat apparent if you are a foodie who likes to venture into Macau dishes.

While foods like congee or noodles are very reminiscent of the Chinese people, others such as the bacalhau fritters or Caldo Verde soup is as originally foreign to Chinese people by makeup as they sound. But, of course, given the mixture between two unique cultures, hybrid dishes also exist which is basically a blend of different palates, like the Minchi.

So, you may probably like gambling to set your eyes towards Macau. But even the non-gamblers have worthwhile experience in the place if only they have some specific goals for their visit. 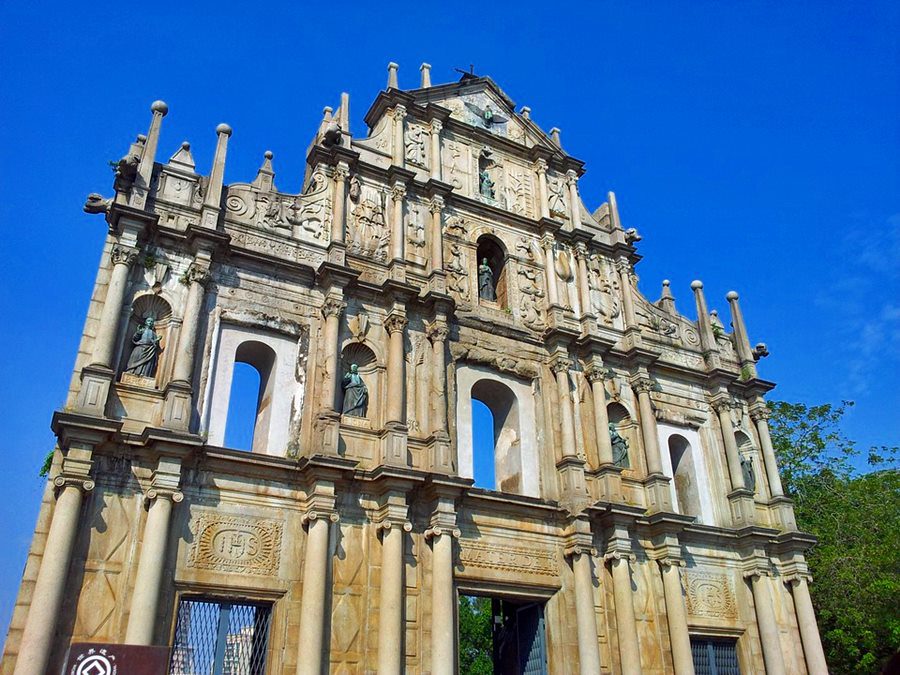 List of Countries which can Enter Macau, China Visa-Free

Free of Visa, Stay Period of up to 6 month

Free of Visa, Stay Period of up to 90 days

Free of Visa, Stay period of up to 1 year 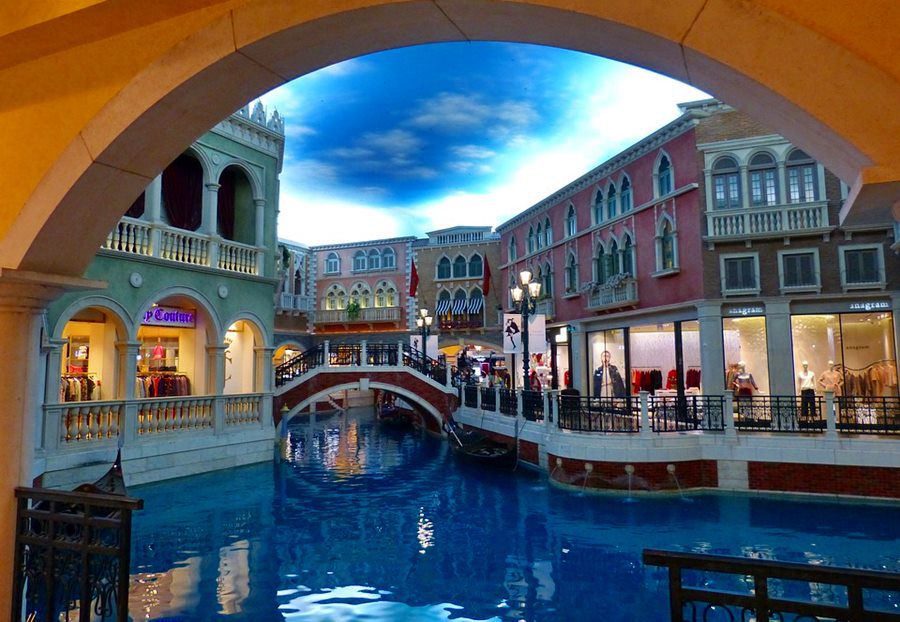 Macau is known as the  “Las Vegas of Asia.” A place where gambling is as lively as the people that are in it. But while lady luck might tickle your desire for some easy money-making (or loss), let us not forget that Macau, too, is a place of many attractions to visit.

While essentially only a façade of what was a 17th-century complex which housed a college and church of the same name, the remains of the Ruins of St. Paul is a now a landmark in Macau.

You may have a thing about gambling to be attracted to Casino Lisboa. But even merely onlookers will find benefit in walking around, seeing the building first-hand, and appreciating its beautiful construct from the outside.

From being a fort that once was defended Macau from invaders, the Mount Fortress is now only a shell of its glorious past. Instead of soldiers manning the fortress, it now becomes a garden full of lively plants.

Inside this fortress also is the Macau Museum which essentially holds the rich history of Macau, depicting two unique cultures.

As presently the biggest casino in existence from across the globe, the Venetian Macao Casino is hard to miss. While that alone is saying how big this place is, it also speaks as the largest building in all of Asia.

Should you choose to enter this casino, expect to be overwhelmed by a large selection of gambling tables and slot machines based on 4 uniquely-themed gaming sections.

Not too far from the Ruins of St. Paul’s, this yet another ruin called the Old City Walls is a showcase of Macau’s aged military defensive network.

As a land flourishing with Taoist practitioners, Macau is a place for many temples. A-Ma Temple is amongst the oldest Taoist temples in the area and is something worthy of a visit if you’re looking for something new.

Want a feel of Europe while in Macau? Then visit the heavily Portuguese-developed area called the Senado Square. This is the perfect spot to visit if you want a chill place with people and a panoramic view of Western architecture.

If you are a thrill-seeker who’s on the lookout for a place to enjoy, no better place provides the same adrenaline experience as having to bungee jump a 233-meter height from the top of the tower.

Yet another biggest across Asia to be found only in Macau is this man-made water fountain. It is in here where light and water spectacles give wonder to the people around Nam Van Lake.

You cannot always get to see this amazing spectacle to be running every night, however. But you will most likely during celebratory occasions that are happening in Macau. 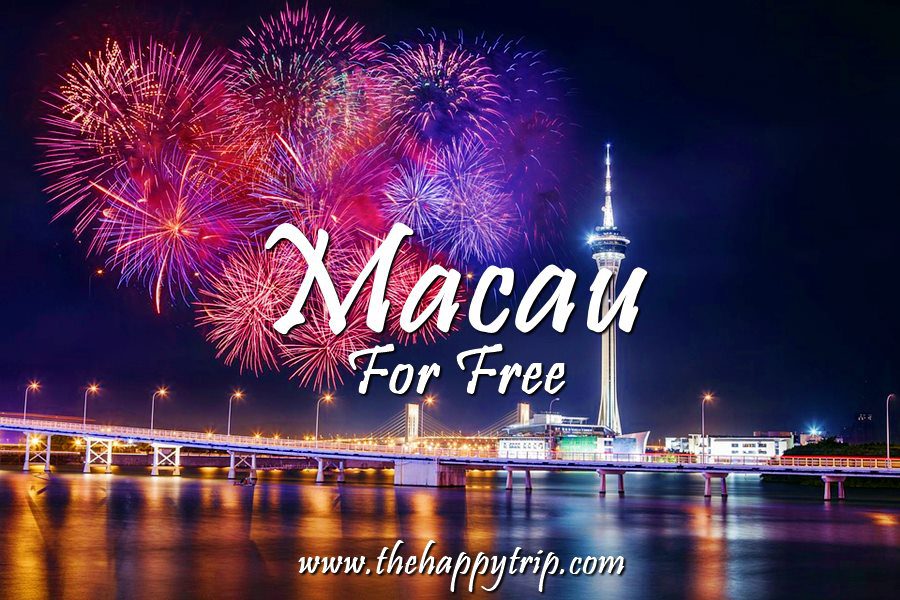 Yes, you can tour around Macau for Free or for a very little budget. Listed here are our tips.

Macau Currency | What to Spend in Macau

Macanese Pataca (MOP) is the money used in Macau with the symbol of MOP$. Hongkong Dollars are widely used in in the place. Many vendors used a 1:1 exchange rate for Hongkong Dollars to Macanese Pataca. Most visitors especially those that are just traveling for a day from Hongkong would simply use Hongkong dollars despite the small difference between the two currencies.
You can change your money at the money exchange counters at the ferry terminals or at the airport. Big hotels in Macau also offers money changing services.
If you are coming from the Zhuhai border gate, there are money changer shops near the border crossing. 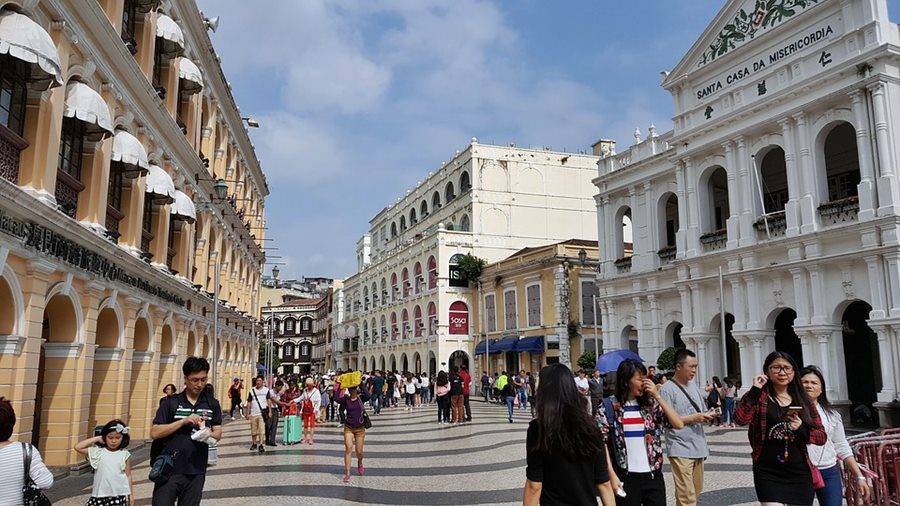 You can purchase Tourist SIM Card at the Ferry Terminal or at the Airport. It is also available in most convenience stores. Make sure that when you buy a SIM Card, it must include mobile internet service.

There is also free internet signal in most public areas called “wifigo.” To connect just use the username: wifigo and password: wifigo. The connection service, however, is only 45 minutes per session, but you can reconnect as many times as you wish.

Shuttle Buses and properties of Sands Resorts have free wifi. Directly connect to “sandsresort” and you will have a free wireless connection for 30 minutes per session. Free wifi is also available at the Water Jet Ferries in Cotai. 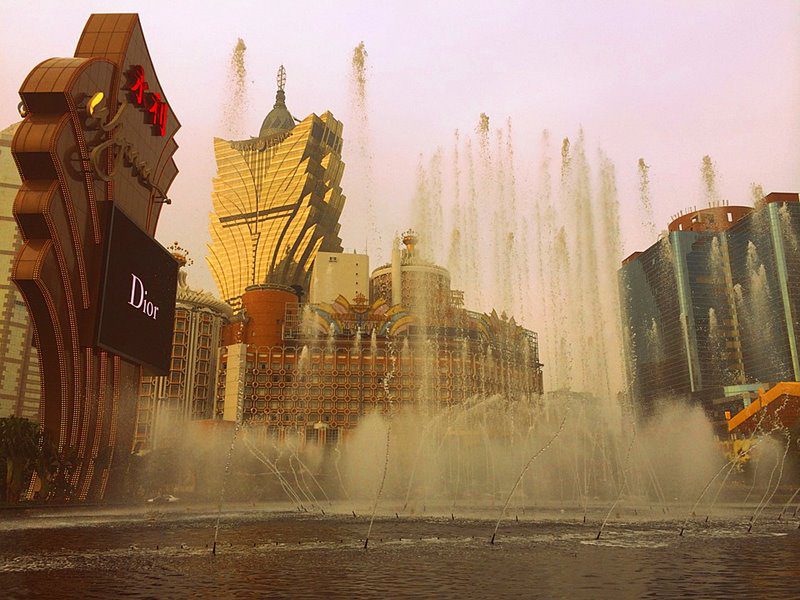 How to Get to Macau, China from Hongkong by Ferry for Its Tourist Spots

From Hongkong, proceed to the China Ferry Terminal which is located in Tsim Sha Tsui. Prices of their tickets may range from 16.87  to 21.99 USD  one way/person. The terminal is about 1 kilometer north of the Tsim Sha Tsui Star Ferry. You can reach the terminal by foot from  Harbour City Mall, or you can take a taxi to 33 Canton Road.

Another terminal that you can use in Hongkong is the  Hong Kong Macau Ferry Terminal. The terminal is near the IFC Towers in the Shun Tak Center on Hong Kong Island. The price range of their tickets is also similar to that of the China ferry. 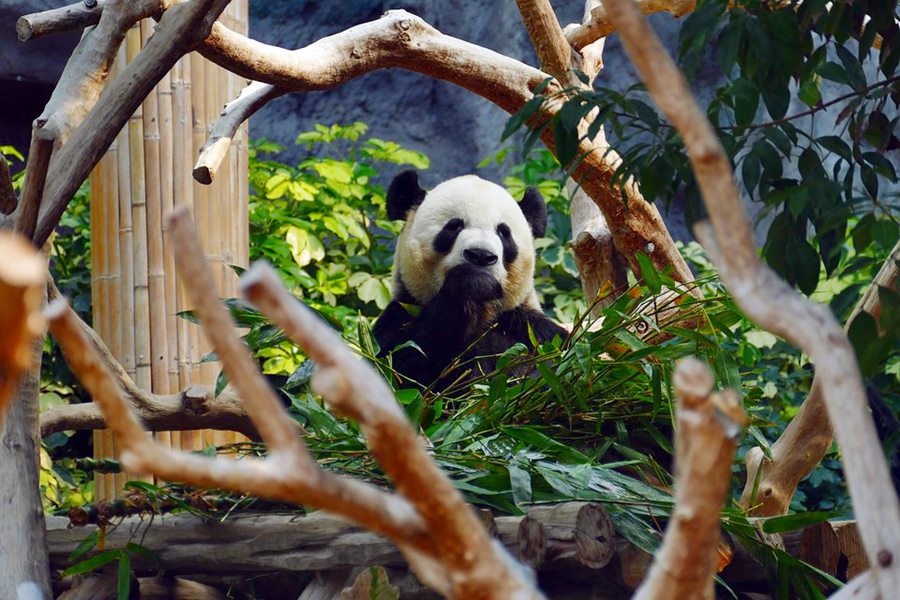