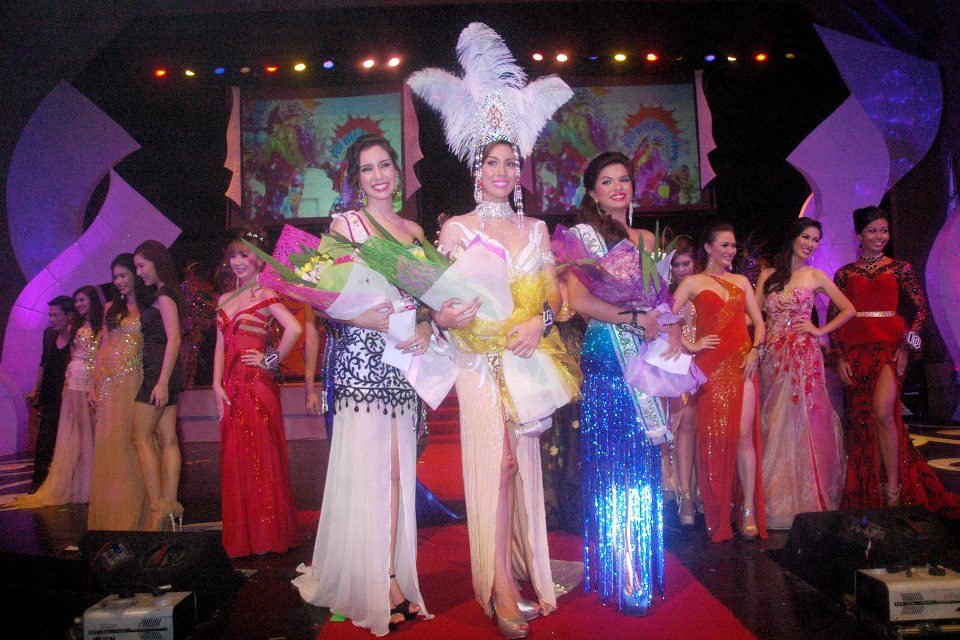 Last October 18, 2012 ,the 32nd edition of the Miss Masskara Coronation night was held at  the University of St. La Salle Gymnasium in Bacolod City, Philippines. Ena Louis Velasco, a 4th year BS Biology Student of  the University of St. La Salle was crowned as the new Queen of Bacolod City. Her runners-up are as follows:1st Runner-Up,Samyah Al-Dossary and 2nd Runner-Up, Tanya Molenaar.

Best in Talent award was grabbed  by Dominique Abayon, while Kris Ann Marie Dumancas won the Miss Congeniality  and Best in Make-up awards.

The 2012 Masskara Queen is a production of ABS-CBN Bacolod with Carmela Arcolas -Gamboa as the executive producer. Gamboa is a  former Masskara Queen and the first ever Miss Philipines Centennial.

Congratulations to all the winners and to ABS-CBN for another spectacular staging of the Masskara Queen.

2012 Masskara Queen Beauties during the Swimsuit Competition and Press Presentation

It is expected that the event will be flooded by students to support their individual candidates. For 2016 10 lovely candidates from various schools in Bacolod City will vie for the coveted crown.

As of this writing, the voting for the 2016 MQ Social Media Princess is still ongoing at www.toponmylist.com. So visit that page and vote for your favorite candidates.