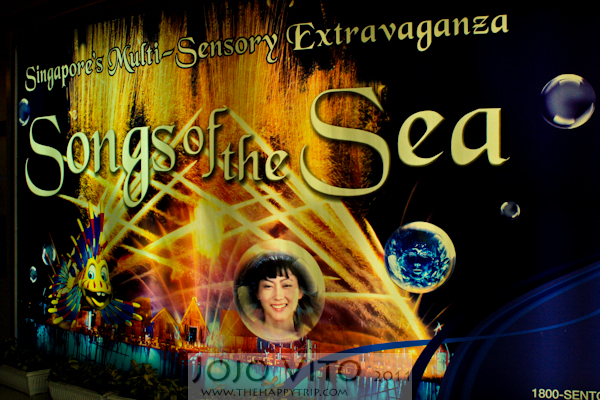 Click here for more pictures of Songs of the Sea

SINGAPORE TRAVEL: THE SPECTACULAR SONGS OF THE SEA

Songs of the Sea was the last item in our agenda for Sentosa on that day. Obviously, we were so tired roaming around trying to experience and discover  everything with our short vacation. 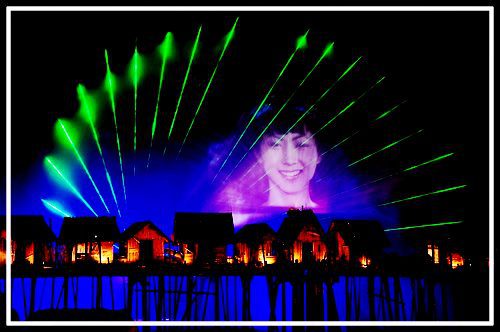 Songs of the Sea is a multimedia show located at Siloso Beach on Sentosa Island, Singapore.   The fountain is a $30 million investment by Sentosa to enhance its entertainment product offerings and to attract more tourists. It is the world’s only permanent show set in the sea — boasting spectacular pyrotechnics displays, water jets, laser show and flame bursts a live cast and an open-air viewing gallery which can comfortably accommodate 2,500 visitors. The show has to wait for sunset before it begins. The beach and the sea are the stage for the show. A stretch of wooden houses was built across the shoreline to create a Malay Kampung, or more commonly known as a Kelong. It is actually a work of art that is 120 metres long while the rest of the equipment (water jets, water screens, lasers and projectors) is being hidden at the back of the kelong. There is a total of 69 water jets capable of reaching a height of 40 metres and flames leaping up to a height of 20 metres. The show runs twice a night at 7.40pm and 8.40pm and lasts 25 minutes. 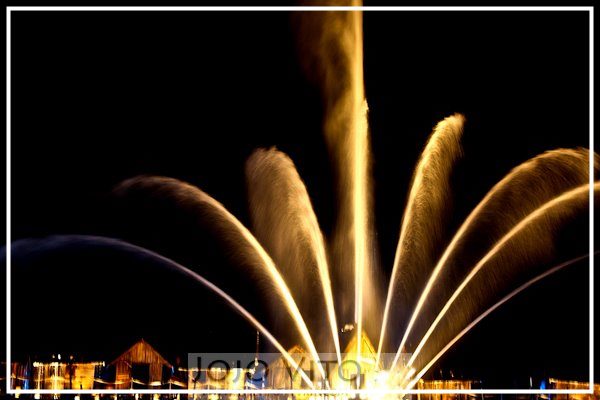 The show starts off with Li and his friends appearing from a shrub waving at the audience. One of Li’s friends a young Indian girl ask Li what should they do to entertain the audience. So they taught of singing. They played four different songs of the four different races. Li sits on a rock and daydream at the Kelong. So his friends sung Singapura, Sunny Island making Li sing his Magical Song allowing him to see a vision of Princess Ami. Shocked, Li and his friends panicked at the stunning vision of Princess Ami. Oscar’s friends appear to see the commotion but making up an argument, in the end, singing the song It`s Me. Oscar appears and greets for Li. Oscar, unlike the plot of Magical Sentosa, tells Li how he knew his name. Oscar explains Li about the vision of Princess Ami. After learning about what has happened, Li sets out to seek for Princess Ami but Oscar continues his monologue warning him, “Who knows what strange encounters you may have along the way!”. Along the way, he meets the 3 Lords of the Elements. The first being The Lord of Fire and the rest being The Spirit of Light and the Lady of the Sea. Li believes he should give up after many attempts of trying but then Oscar’s friends encouraged Li with the song, You`re Not in This on Your Own.After awakening Princess Ami with his singing powers, Oscar congratulates Li for his deed and waves the audience and Li goodbye. 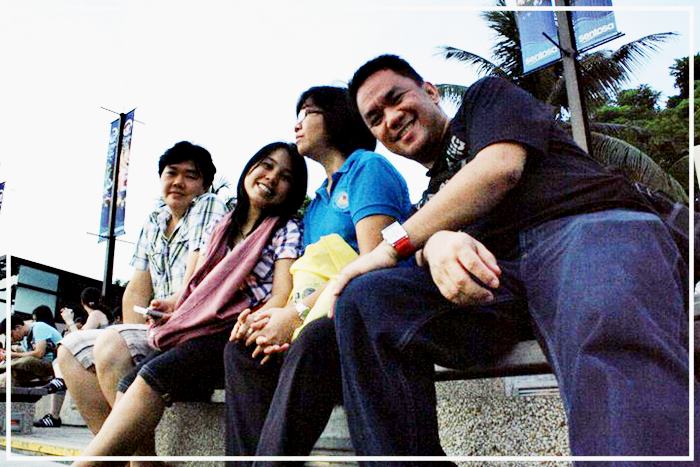 Part 1 – Singapore’s Songs of the Sea