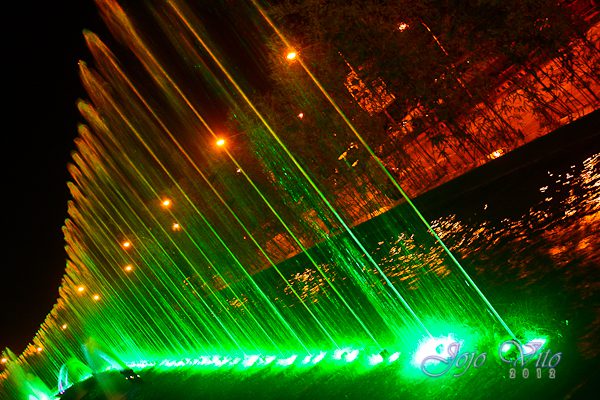 this 122-meter dancing fountain at SM Lanang, Davao City is the longest of its kind in country

That was the first time I had witness the Dancing Fountain at SM Lanang in Davao City. While dancing fountain are found in many places, but I guess this fountain is also on of the  nice things to see when you visit Davao City. The fountain is  122-meter in length, the longest of its kind in the Philippines.The fountain is located in the rear side of the mall where the nice restaurants are located.

The mall is just a walking distance from the hotel where we were staying so we took time to see the show.It was amazing to see many people who were really waiting to see and enjoyed the show. The fountain is located where most restaurants at the mall can be found.

SM Lanang Premier is a large shopping mall located in Lanang, Davao City, Philippines. It is the 2nd shopping mall owned and developed by SM Prime Holdings, the country’s largest shopping mall owner and developer in the City of Davao. The mall’s opening date is September 28, 2012. This is the 4th SM Supermall in Mindanao, after SM City Davao, SM City Cagayan de Oro and SM City General Santos.