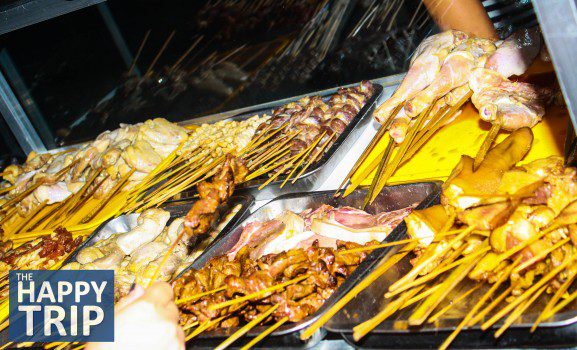 Right in front of the Bacolod’s New Government Center is an arcade of food stalls which offers mostly grilled food. But just to warn you, the  set up in this place is definitely not for those who are  excessively meticulous about ambiance and service. This place is simply for people who would like to eat which will suit their low budget or “take-out” place for those who doesn’t have the time to cook. 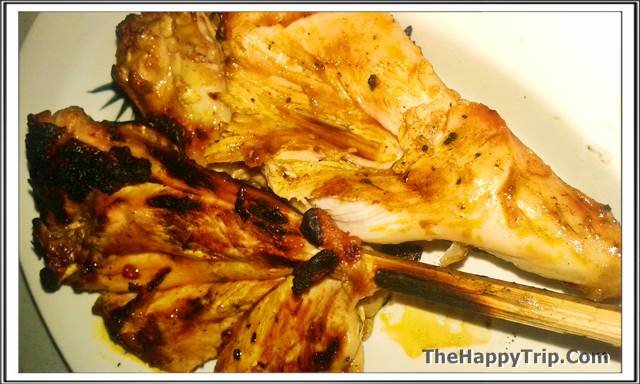 Food Trip when in Bacolod City need not be a problem

This place near the Bacolod Government Center (New City hall) is  where we go each time we would want to have a food trip  and with a low budget. With just around PhP 200.00 budget you can already bring a buddy to enjoy Bacolod chicken Inasal.

What I like most about the place is the thought of eating beside the street while the food is grilled in front of you. But the best offering of this place are the prices. Just to site a few example: Chicken Breast – PhP 40.00; Pork Mascara – PhP 15/pc; Chicken Liver -PhP 15/pc; Rice- PhP 10/cup. They also serve soft drinks in 1.5 ltr container. If you are a group of 5, one can simply spend PhP 500 or even less depending on the quantity of food that you will order.

The “food trip” area as I often called it, is near other well established and nice restaurants and cafes in Bacolod City. So after having your food trip here, maybe you might want to splurge a bit with nice brewed coffee with your favorite slice of cake at Villa Angela Arcade, juts a few steps away.

Sor for people who are a bit adventurous, go and try to have your food trip in this place the next time you visit the New Government Center.