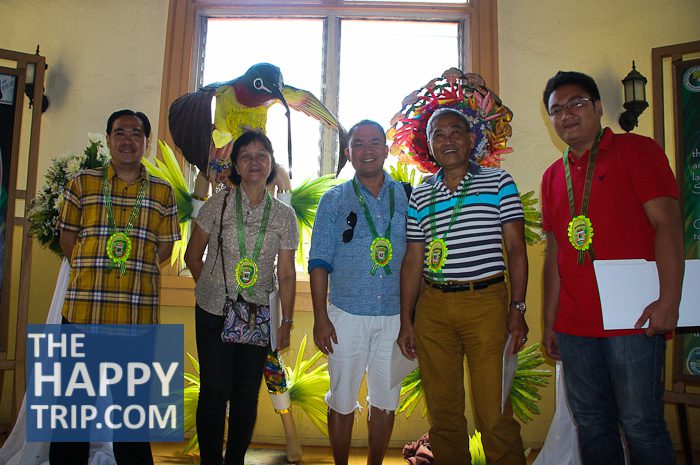 I was privileged to be  invited once again as one of the   judges for the Festival Visual Arts Competition and for the costume category during the grand parade.

For 3 years of judging in a row, I have seen the significant improvement  in most of  the entries every year– making our role as judges more challenging. 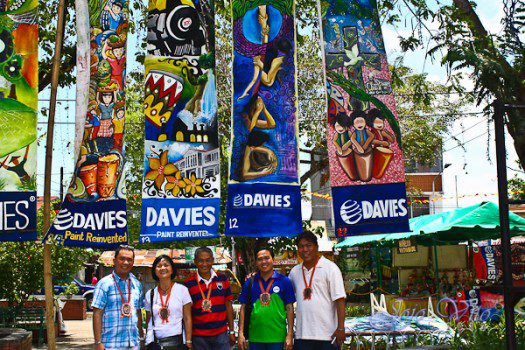 One of the most challenging category to judge is the scroll painting constest. First there are 20 beautiful entries ; second all huge scrolls were hanged in the public plaza and we have to judge under the heat of the sun. The theme for this years; scroll painting contest is “ Pasalamat Festival and Harvest”.

There was a category also for the elementary school students.  Its quite amazing to see how the elementary students can come with such wonderful composition and artistry on large pieces of scrolls. I cannot mention the winners yet as of this writing. All winners will be named on Sunday during the highlights of the the 35th Pasalamat Festival.

Another exciting Visual Arts competition at the the 35th pasalamat Festival is the on the Spot Doll Design Contest. In this contest, participants were given  dolls and they  have to dress up these dolls  based on the theme “Diwata”.   There were 17 entries for  the Female Dolls Category while there were 4 entries for the male dolls category.

For the painting contest there were 21 entries . All entries work around the theme “Mga Kasapatan”.

Judging from the three major categories in the 35th Pasalamat Festival Visual Arts Competition, made me feel that it wouldn’t be surprising that in due time many names in the field of visual arts will just be known from the City of La Carlota.

Watch out for my article for the Pasalamat Festival Mardi Gras dance parade this Sunday.:) Happy Fiesta La Carlota!!!