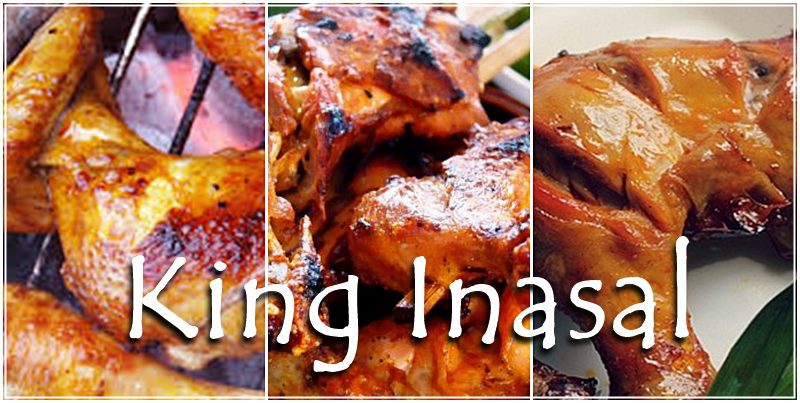 Creating and starting a business is easy, making it last is another story.

One could only take a piece of paper, write his or her ideas, and a graphic presentation of how the business venture would look like, even floor plans and future hopes for a wider scale of the project’s scope. Making all of those ideas and ideals into reality and something tangible is quite a harder task to do, and a further goal to achieve.

What’s one of the best ways to catch the people’s hearts into being loyal to your store is obvious  and there’s no doubt that anyone would  agree, is through filling up their stomach, encouraging their appetite, and feeding their palate.

The way that opened the business world for Cassandra M. Yulo, a young entrepreneur at the age of 20. The normal age where others would have just left college after receiving their diploma to reach for better ways to earn money and not just slouching in one corner and waiting for allowance to be given by their striving parents. While others are starting to face the real world, Ms. Yulo had already taken the risk of trying to live in it with the initiative to create real dreams, not those written on diaries or thought at night and left forgotten. With the capital not exceeding Php 800, 000.00, she bravely took part in creating food business that has already existed.

Born as King Inasal on Ramos Street, Bacolod City, with the potential to own that label, not just a name chosen for the establishment, but a title of honor in itself. It has been steadily operating since the second week of December 2015.  The place was  managed to run well and productive as possible without being eaten alive by the competition in the food industry that focuses on related menus that the people always look.

Since  name speaks for itself, the business is another addition to the many inasal houses in the region. In the city which has been its hometown for months now has been substantially filled with inasal stalls and restaurants, from little spots during big events such as festival or concerts to vast, fast food areas or even easy hotel-like set-ups in serving the delicacy. Clashing between businesses is unavoidable and whoever wants to partake in such quarter of food legacy needs to know who the consumers are, what image should they let the customers see, and most importantly what’s the backbone and secret faces that they would let the public know. That image that if not helpful to make them that outstanding, would be enough to make them unforgettable; that by the moment you left by the front door, you’re already excited by the thought of the next time you would dine there for the second time. And if Luckily the place had taken a piece of his taste buds, soul.Then a larger number of food enthusiasts which may be his friends, family, or even directly neighbors that have heard the story would rush over to prove it. If staying there for a while would really be just as enjoyable, satisfying, and comforting as it sounds.

One thing that made them pass through the hard image of building a remarkable character in the industry is the fact that unlikely for an inasal house it is selling coffee-based products that busy persons or just plain coffee lovers adore means the addition to the goal of having a wider range of consumers, by the use of experimenting in remaking the usual image of menu combinations or neighbors on the list. No one said coffees are for pastry alone after all. Together with serving variety of inasal, the said business has found its way into the public’s hearts, making them come back with a greater smile than the first time they entered the establishment.

Instead of going through with different kinds of dishes, King Inasal choose to focus and be the leading inasal restaurant in the inasal haven of the Philippines by serving  only inasal. One of the reasons why King Inasal continues to thrive in the business world is that they do not only serve typical Pecho Pak, Paa and Pork BBQ like most of the inasal resto in Bacolod. They offer their customers the Filipino favorites Isaw, Atay, Baticolon, Tungol, Heart to Dila which is mostly just served in the streets. Surely, the customers would prefer eating their favorite street foods in a more comfortable setting with their friends sipping their coffee and frappes.

One of the primary reasons for the continued growth of the business is by serving mouth watering, finger licking, and tasty inasal at an affordable price. Making your products accessible is one thing, making your products one of the best is another, both feats hard by their own right, but offering one of the best at an affordable price is one of the accomplishment that not many businesses have achieved and led them to bankruptcy. King Inasal have mastered giving their customers affordability without compromising the quality of their products. It is efficiency at its finest, minimizing the cost while maximizing the quality of the product. At only 75 pesos, you can have a Paa and Pecho inasal. The customer might also have the choice of having the native chicken inasal by adding 5 pesos. A native chicken is a chicken without any genetic modification grown in the backyard; it is more preferred by the Bacolodnons because it is more tasty and healthy.

King Inasal is also an excellent place to chill and unwind on the afternoon for it offers different flavored frappes namely Chocolate, Cookies and Cream, Strawberry, Blueberry and Double berries at only 65 pesos. You can also buy coffee that suits your personality. If you want to stay awake with a punch, you can purchase a brewed coffee at only 25 pesos. If you want to mellow down the taste of your coffee, you can have a latte. If you have a sweet tooth, you can grab a Caramel and Macchiato. For those who wants to satisfy their sweet tooth and coffee cravings at the same time, they can have a Coffee based frappe. They can choose from Mocha and Java Chip.

At night, you can grab a beer with a friend and talk about what’s happening in each others’ lives. King Inasal located at Ramos Street which is very convenient to the customers.

No one said taking risk is as easy as reading these lines right now. It is fear in its owned ground, and that’s a fact. Trying to decide on a bigger gamble is like taking a multiple choice type of test when you have no idea how the answers stated are related to the question in any possible way, that’s why you probably pray harder than necessary that anyone believes. The correct result may turn into something productive and be lasting while picking the wrong road may lead to high losses and crushed dreams.

The owners of King Inasal

So perhaps, you’re thinking that the main idea here is taking the choice that, without a doubt and second thinking is better. But digging deeper into the context of building one’s own business. There’s no measurable way of choosing the right and better option, but rather, choosing one out of the hundreds of ideas swarming your tired mind at the moment and working on it, a balance of perseverance, quick thinking, and perhaps, even luck.

So, one’s plan would not reap any great addition to one’s provisions when there’s no stair taken to lead you into the upper strata of the society. But making one’s way to the top means handling not only the sole goal in mind to earn money and receiving higher than perceived in the process, but the responsibility as well to make your consumers happy.

By simply making them proud of knowing you and your business, by placing a smile on their face after every meal, and getting good remarks and feedbacks on the process, are much greater trophies and rewards that would eventually lead you to your success.

But first, don’t hesitate in encircling the right option, but rather, the one that you think is the best. No one would rate your paper but what the future holds.

The authors and the owner and staff of King Inasal

This article was contributed by the 4th Year BSBA Students, Major in Marketing  of La Consolacion College Bacolod