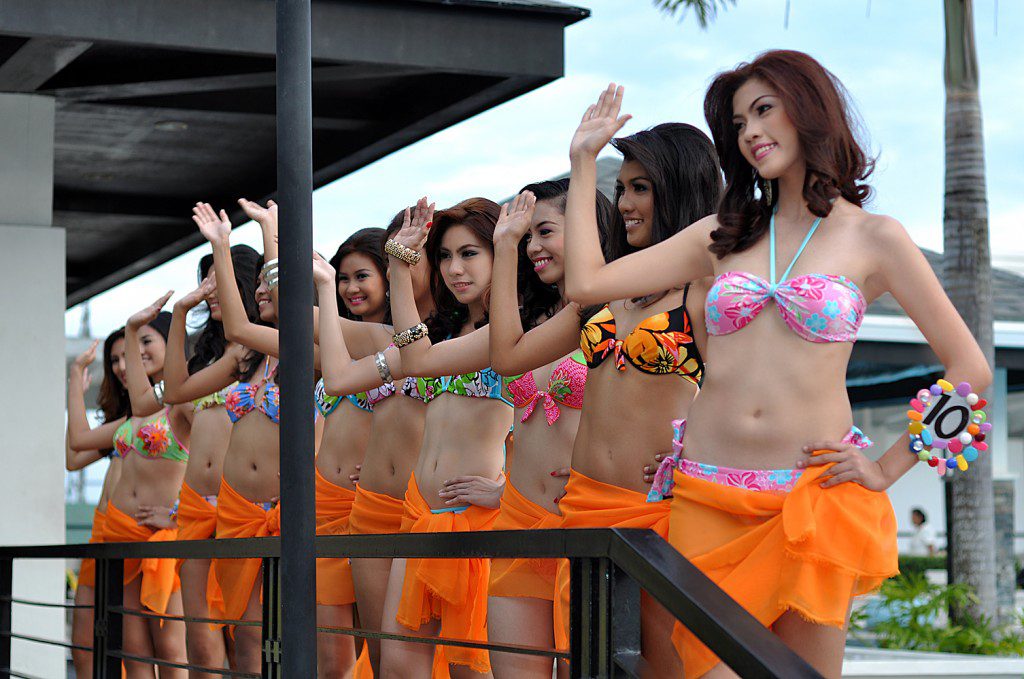 One of the most exciting parts of the MassKara Queen (MQ) 2011 search is the swimsuit competition. Each year some  pre-pageants is being held and scored before the coronation night . For 2011, the final 10 Candidates paraded in colorful two-piece swimsuits during a pre-pageant held at the Chalet of L’Fisher Hotel.

In a private gathering of family, friends and a few invited guests, the ladies sashayed and strutted to emphasize their form and figure in front of prominent judges to include: fitness teacher and director of Mandala Centering Place, Kitty Cooper; Brazilian and head of the Capoiera Senzala here in Bacolod City, Julio Cesar Aquino; and reigning MassKara Queen, Agnes Marie Therese Chang.

MQ 2011 Executive Producer Carmela Gamboa said the pre-pageant will compose 40% of the candidates’ total scores in the swimsuit category on pageant night. The two-piece ensemble worn by the ladies were from Mix Boutique, she added.

On Friday, September 30, 2011, at 6 P.M., the MQ Final 10 will set the catwalk on fire at 888 Chinatown Square Mall as they showcase casual wears from various stores of the mall in a Ramp Modelling Competition. Saturday, October 1, 2011, their wits and brains will be put to a test as they face The Interview Preliminaries at SM City Event Center 4 P.M.*

The Masskara Queen Pageant was produced by ABS-CBN Bacolod in coordination with the Silver Masskara Foundation.