Alexis Danica Drilon, a 4th year BS Biology of University of St. La Salle was crowned by Bacolod City Mayor Evelio “Bing” Leonardia at the end of the event

Masskara Festival Queen 2011. One of the highlights of the Masskara Festival in Bacolod City apart from the street and arena dance competition is the search for Masskara Queen. The 2011 Masskara Queen was the  31st edition of the pageant. The coronation night  was held on October 17, 2011 ,at the University of St. La Salle Gymnasium in Bacolod City, Philippines. Alexis Danica Drilon, a 4th year BS Biology of the University of St. La Salle was a runaway winner claiming several awards . She was crowned by Bacolod City Mayor Evelio “Bing” Leonardia at the conclusion of the event. 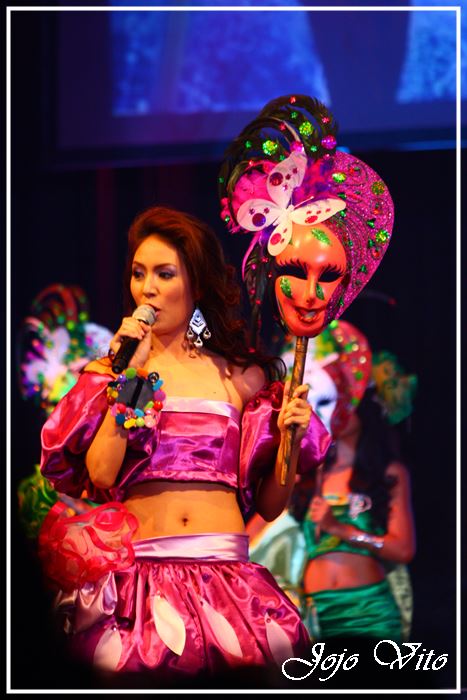 Mask by Jojo Vito.Jojo Vito Designs Gallery has been designing and producing the Festival Masks for the Masskara Queen (MQ) since ABS CBN started to produce — Bacolod’s most prestigious  beauty pageant.

Various corporate and special awards were also given during the pageant night.

Alyssa Villarico who placed 3rd during the Masskara Queen 2011 ,represented Bacolod City  and was crowned the Lin-ay sang Negros 2012 . She also joined a national pageant the following year.