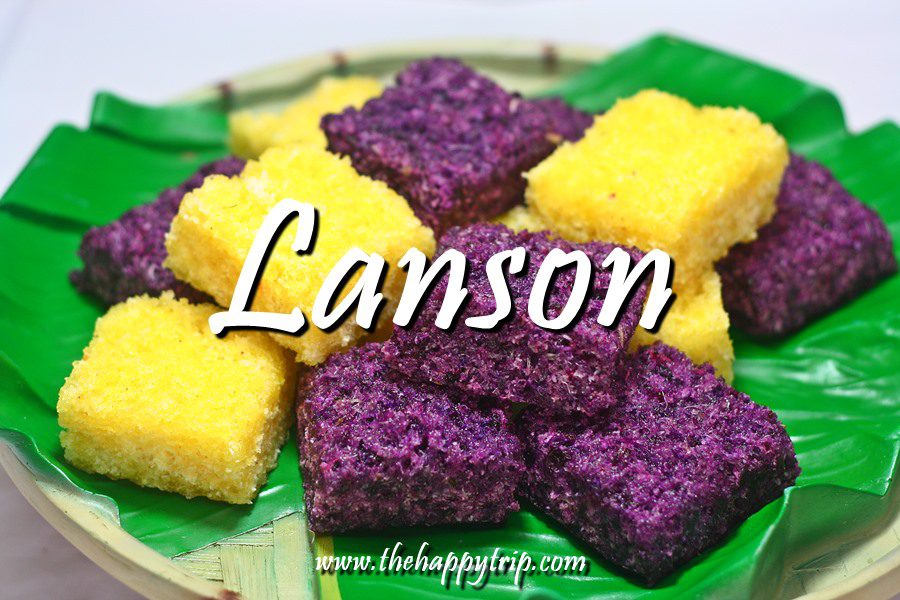 A MUST TRY! QUAN’S PUTO LANSON

A long time ago in the farm where I grew up, some folks would make Puto Lanson or Puto Taktak and sell afterward. The way they prepared this delicacy was even quite interesting compared to how it is being prepared today. At that time, I saw our neighbor using an improvised steamer, an earthen pot with water inside covered with banana leaf and has the hole at the center of the banana leaf wherein the steam would come out. The mold wherein the desiccated cassava was placed was simply made of a recycled tin can  (usually recycled from an empty condensed milk tin can). The bottom of the tin can  usually have nail holes so that the steam can pass through.  After a few minutes of steaming,   the cassava turned a bit darker and a bit translucent – meaning that the puto taktak was ready. They would then release the content of can in the plate, hence the name “Taktak”.  They would then brushed it with margarine. 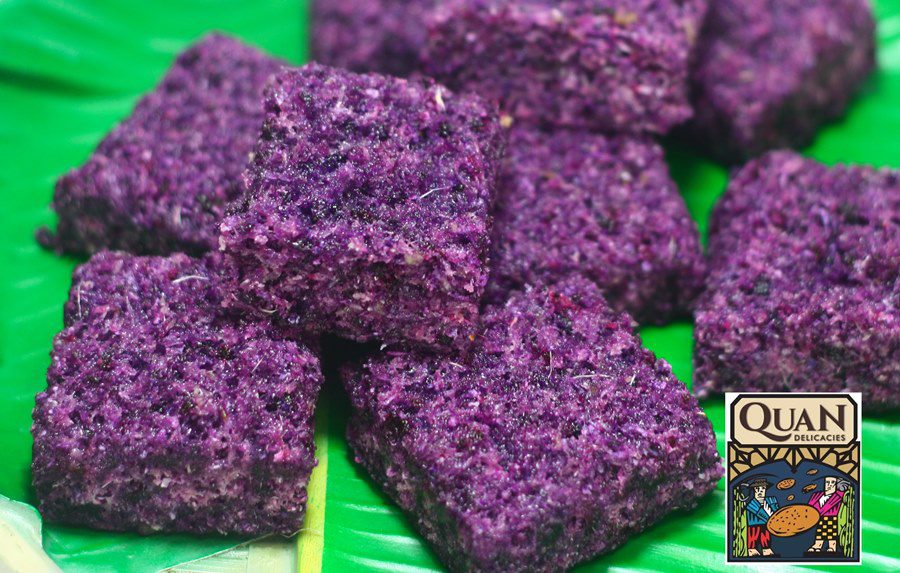 Today, Puto Lanson or Puto Taktak is still very much alive. At Quan Delicacies Puto Lanson is served in two variants: the original or the usual Puto Taktak and one with Ube flavor. These variants are served in squares as they were cooked in a baking pan. I love eating Puto Lanson along with sodas or with hot coffee or chocolate as a merienda in the afternoon. You can order this delicacy at any Quan outlets. 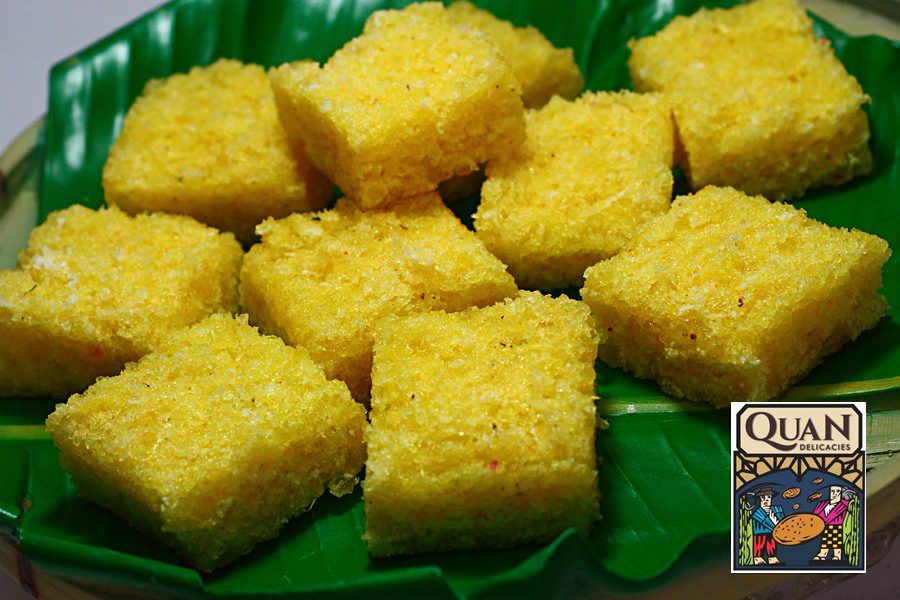