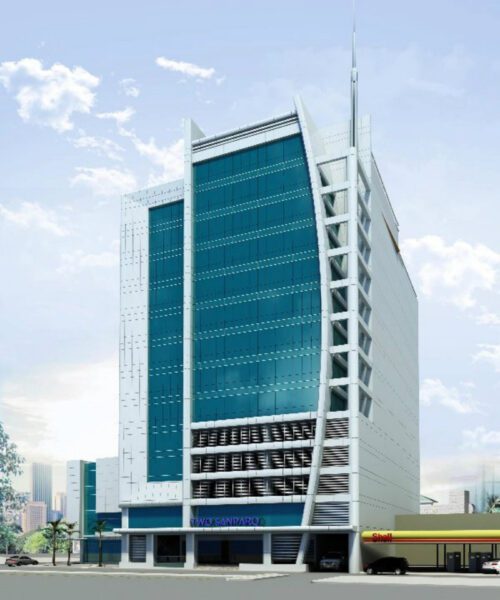 Bacolod Moving Up with Sanparq Tower

San Antonio IT Park, home of the famous and one of the top BPO companies in the Philippines, CONVERGYS,  is building the tallest structure in the city of smiles. Once completed, it will boast a 15 storey high office condo and will be the city’s newest attraction. Sanparq Tower started its construction of July 28, 2010. It is now on the 13th level and still gaining height.(photo credits to E.R. Hitosis and Associates)

Sanparq Complex is PEZA accredited and one of the Biggest IT parks in Bacolod. First Building constructed was Sanparq one, then Sanparq Drive and now, Two Sanparq Tower. It is located along Lacson St. Brgy. Mandalagan, Bacolod City.

The Sanparq tower is now home to Convergy’s one of the biggest BPO that is operating in Bacolod City. The said BPO is providing jobs to thousands of employees and has been contributing to the economic development of the city.

The ground floor of Tower 1 of Sanparq Complex is home to a convenience store, bank and even a Spa.

The sanparq Complex is just one of the many structures that have been constructed in Bacolod City. As of this writing, more high rise condominiums , malls , high-end subdivisions and  convention center are on the stage of completion. This goes to show that in a few years, Bacolod City will be seen as one of the modern cities in the country.

In few months time, the Seda Hotel along Lacson Street will already be in operation as well as the high-rise condominium by Ayala at the back of the Provincial Capitol Building.  The Ayala Mall constructed on the same location will also be one of the best shopping malls in the city. The said mall will also open their own convention center. Just a sign that Bacolod City will soon be back  as favorite MICE destination in Western Visayas.

All these developments will surely attract and stir up more economic  activities  for the Province of Negros Occidental.