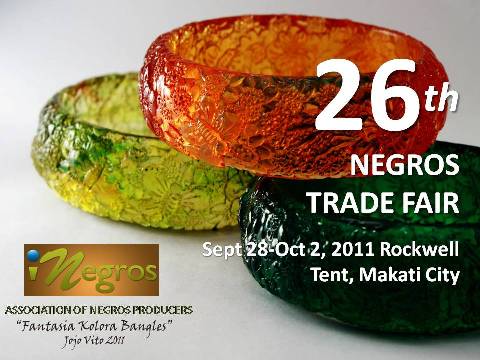 ANP made me an Entrepreneur… I will always keep that in my heart!

That was 1996 during the presidency of Joey Gaston at the Associaton of Negros Producers when they took me together with my business partner Daisy de Dios to do the Job Evaluation for the Association. ANP assigned their own officers at that time to work with us namely: Joji Locsin, Marivic Rio, and Barbarra Rodriguez. The project lasted for almost six months because it was difficult to study the job position of each employee, and priced it afterward. This is when I fell in love with the handicrafts and appreciated the lives of entrepreneurs most especially that my exposure was mostly corporate and large organizations.

That was 1996…now  is 2011  and I am now sitting in the board of the Association of Negros Producers for the first time as Vice-President for Marketing.

I was tasked to chair, the 26th Negros Trade Fair with the theme: “iNegros”

Putting up the Negros Trade Fair was quite difficult— my first time to sit in the board; my first time to chair a Fair. Not only that,  the association has a new Executive Director who joined us last Feb 10, 2011, and our Marketing Manager who joined the association last March 28, 2011. Plus the fact that there are only 4  people directly working for the fair, in addition to their daily routine at the showroom. The Gardenia de Erit-Executive Director; Teena Rodriguez-Marketing Manager, Hazel, Membership Coordinator, Mirycar Chan-Staff Assistant.

I can’t imagine how they sleep at night each time I send them “pages of things to do”. These people am sure has great skills in stress management considering that of the four of them only Hazel was a veteran as far as Negros Trade Fair is concerned.  Of course, there are rooms for improvement, but I still salute them!

The 2011 Negros Trade Fair started its preparation last February 2011 with a  workshop on the concept, colors and look of the fair. Our foreign consultant Debrah facilitated the workshop.

We started to make the blueprint for the fair….

Then, there’s a change in the management team of the association…. The new Executive Director was hired; followed by the hiring of the new Marketing Manager— followed by antacids..followed by Flanax!

Not only that, but the marketing group also started to work on another project-the ANP Showroom for Robinsons, equally important and complicated for a novice like me and for a new Marketing Manager.  With this development, I have to give up teaching, something that I love most doing, and failed to develop new designs for my own company. One of my old buyer, a retailer in Davao even told me: “ang dami mo na talagang pera ano? Kasi hindi ka na nag de-design ng bago para sa akin, kaya kukunti na lang ang makuha ko say o…”(are you that rich? You are not designing anymore…that’s the reason why my orders were less).

“Designs” and products are very important for the show-simply because these are the things that we sell during the fair. No amount of Marketing can make miracles for poorly designed and crafted products. Thanks for the training that the Association gave as part of the preparation for the fair. Ina Gaston is the Chair for this year’s Bulawan Award and one who brought in training related to product development and designs.

One of the most difficult parts of the preparation was the marketing aspect. I know that at the end of the day the bottom line will be one of the most important bases for judging whether the show is a success or not.

Marketing in Manila was quite difficult for us-its, not our home, we don’t have connections as well. We’ve spent a lot on paid advertisements and utilized all the help and resources we can get to promote the show. Facebook has been a very good aid for us. I am also very happy to see the support of my colleagues from the blogger’s community. We had a day set for the Negros bloggers to meet producers of the association who will be joining the fair. I am very happy with my membership in different bloggers community booth local and national level because I was able to promote the fair for free.

ABS- CBN was one of our media partners. A lot of our producers were given the opportunity to be featured in the local television and some of those interviewed were even fed at the national level. They even sent a news team to cover the show from beginning to end (first time I think…)

truly appeared in a cable channel SMEs Forum in Manila with the help of our friend Nites Doctor of the Evangelical Businessmen and Entrepreneurs for Social Transformation (eBEST). Joji and I are members of eBEST.  We also made use of the effort of CITEM when Ina Gaston and yours truly made to appear in DZMM Teleradyo to talk about Manila Fame Show. Of course, we have plugged in the Negros Trade Fair. A Chinese newspaper also featured us for free—I can’t just read the characters though…Lamp posts at Rockwell and a Tarpaulin in EDSA were put up to promote the fair. We weren’t able to anticipate that Rockwell turned green that our posters blended will with the leaves, making it less noticeable.

Two (2) weeks before the show we also advertised with the Village Voice with 45 thousand copies distributed to a strategic place in Metro Manila. Flyers and posters were also distributed through our friends in different churches in Manila. Maybe Manila is only so big that we cannot really saturate every place considering our small resources.

Another challenge for the Negros Trade Fair Team was the fund sourcing. Most sponsors confirmed on the last minute so we need to re lay-out our marketing collaterals every now and then. O well, late or early they are all sponsors, and I am so grateful to them.

In my previous years with the Negros Trade Fair, I was really the one who made a list of my items to be displayed for the fair. But not this time- I don’t have the time anymore. I spent most of my time writing articles for producers who will be going to the fair and send them to my fellow bloggers. 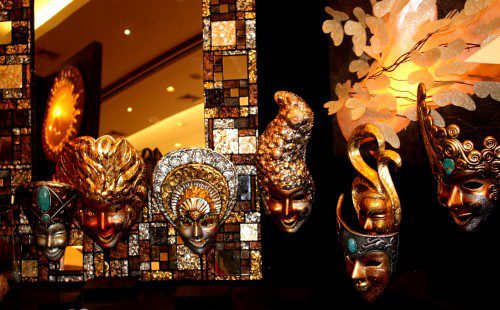 Not only that, I made a prior commitment to the Negros Women for Tomorrow Foundation to conduct training for their employees in Samar. That was a week before the show. On my way back from Samar (going Manila). Pedring ( typhoon) announced his arrival- hitting Luzon area. Que horror! Perfect timing! So I arrived in Manila on the 25th to catch a live interview at SME Forum. The rain started to fall, the traffic started to build….this time I knew I can do nothing but to pray and surrender. I told Joji Locsin about my prayer. I asked  God,” If you will hit the fair, then this might be your sign that I am not called to serve the association….and I am ready to leave ”. Didn’t know President Joji was also asking for a sign (first time- according to her to ask for a sign).  But a miracle happened on the first day—the rain stopped (though there was still flood in some place in Manila during that time.

Another funny thing that happened to me was, I promised my nephews and nieces a tour in Tagaytay a day before the show. So despite all the rain I rented a car and went to Tagaytay with them. Of course, what do you expect? we didn’t see anything, not even the lips of Taal. So we turned our site seeing into a gastronomic and shopping activity. Thanks to Nites Doctor again for being the tour guide for my family. 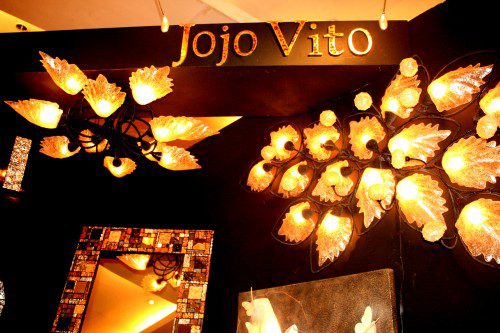 Pedring’s exit gave me so much comfort but the entrance of Quiel towards the end forced me to buy more antacids and Flanax.

The challenge never indeed. Even my flight going home was affected by the strike in Philippine Airlines. But Praise God,  am home now. Well rested and trying to process all the learning…

I would like to thank all those who had contributed to the success of the 26th Negros Trade Fair. Our sponsors, management and staff of ANP, government agencies, volunteers, bloggers, media partners, blackout models, producers, and our family. MADAMO GUID NGA SALAMAT! It was an opportunity working with all of you.

“For everything comes from Him, and everything must be returned unto, to Him be the Glory!!!