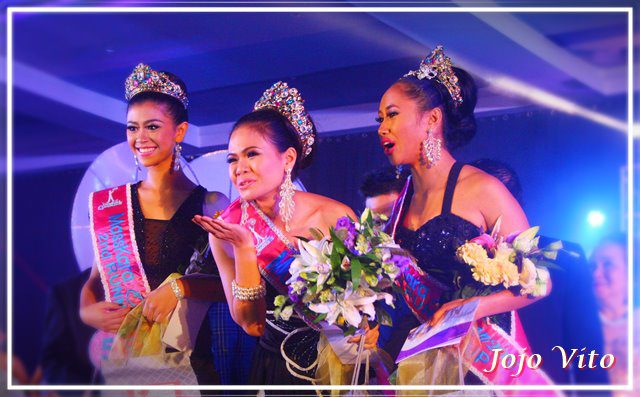 The Masskara Queen 2015 has just been crowned at SMX, SM City, Bacolod City. 11 candidates vie for the crown, but a teacher  in the person of Sam Georgian Yu emerged as the winner.

This is the first time that the Masskara Queen coronation night was held outside its usual venue the University of St. La Salle Collesium. I guess this is one great improvement for the Masskara Queen Pageant for obvious reasons: SMX Convention Center is no doubt a good venue , air-conditioned and very comfortable  so we were not sweating while covering the event. Unfortunately, the venue was not filled up. If I’m not mistaken only 70% of the total seats were taken. This is probably because Bacolodnons were used to the free entrance for the Masskara Queen Coronation Night in the past years. But some of my seatmates during the pageant were saying that it’s good that the place were not filled up otherwise many will get irritated due to the physical layout of the venue. Three halls of SMX were used and the stage was occupying  the center, so  if you are seated on the far side of the place you will not be able to see clearly the show, except that 5 huge screens were installed – 2 on each side and another serving as backdrop of the stage. 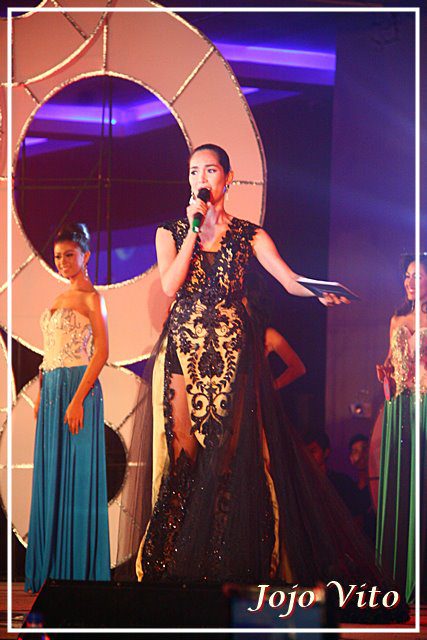 I was seated along with other media people and we were placed on the right side of the stage. Unfortunately, contestants were not reaching the far sides of the stage, making it unmanageable for most media people to take  photographs. 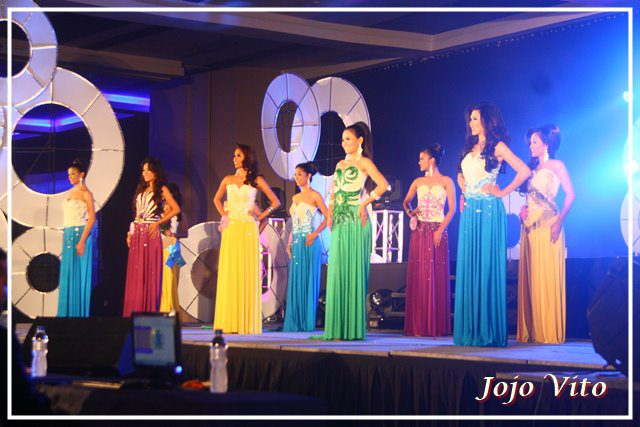 I like the opening salvo of the coronation night when all the contestants entered the stage in cocktail dresses then all of the sudden they remove their belt and their cocktail dresses turned into a long gown. Unfortunately , my spot does not give a good opportunity to take shots – so sorry, I have no pictures on that segment. But thanks to Adrian Bobe, 2015 Masskara Media Coordinator for dragging my chair and transferred me on the front row, otherwise I won’t be writing this article anymore for lack of pictures.

The show was generally enjoyable, except for some hitches. Just like the wrong script which Bea Santiago was reading while asking questions to one of the candidates. I also don’t like  the segment with the video showing the contestants telling about their advocacy without makeup. Oh well, at least some a little make up to cover what is supposed to be covered. I was also distracted by some of the floor directors running to and from the backstage, there were even a few instances that we were laughing at the audience because we can even hear their shouting at the back while giving some cues  to the contestants.  Also, I hope next year that the choreography (whatever is the right term)   will consider all vantage points of the venue.

Despite the absence of National celebrities gracing the event just like in the previous years, we were very much entertained by the local talents which were invited to do some numbers.

Then there was the swimsuit competition when all of the candidates displayed their bodies in black two-piece swimsuit, then the black long gown segment   and finally the announcement of the top 3 and the final question for the finalists. 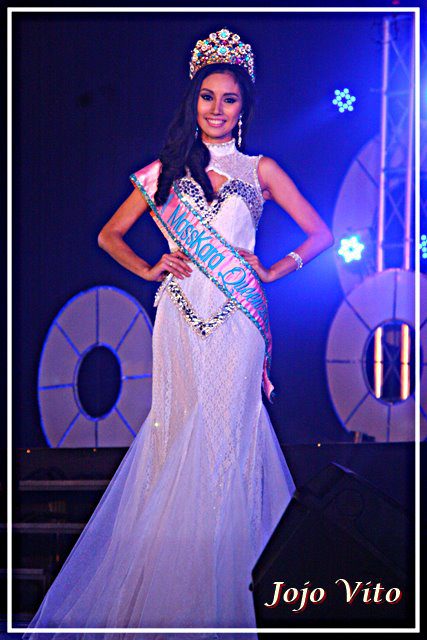 While waiting for the results, hosts, Raxee and Christine went down the stage to ask some judges and a few audiences of their preference in choosing the 2015 Masskara Queen.I forgot their responses. But to my mind , I believe that a beauty Queen must be a “total package”. She must be beautiful -looks, character,etc. —basta matahum! Dapat matahum! (Matahum is Hiligaynon term for beautiful)  She can articulate herself. I will not even use the word intelligent, because it’s hard to judge one’s IQ with just 1 or 2 questions.

In fairness, the new Masskara Queen has proven herself to be articulate ,sensible and very confident during the 3 interviews. 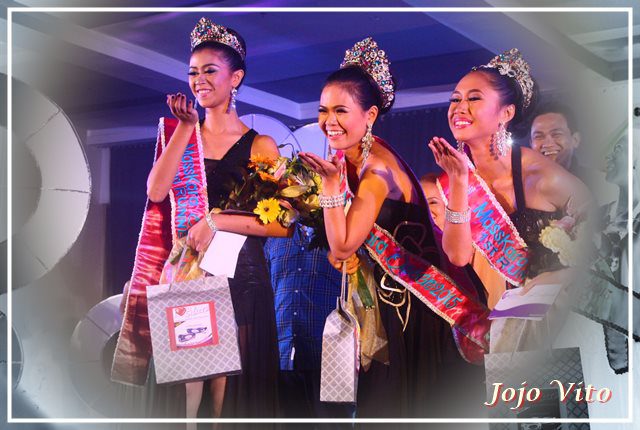 Thank you again Adrian Bobe, I truly appreciate your effort.

Related articles across the web