I was invited by the Department of Trade and Industry together with a colleague from  the Association of Negros Producers Ms. Marivic Rio  to conduct a training-workshop for the small entrepreneurs of the Province of Antique.  That was my first time to visit the province of Antique, so I was very excited. 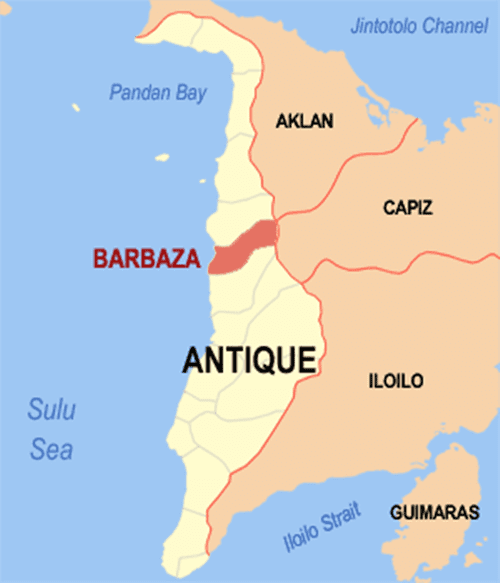 Antique was one of the three sakup (districts) of Panay before Spanish colonizers arrived on the islands. The province was known at that time as Hantík, the local name for the large black ants found on the island. The Spanish chroniclers, influenced by the French, recorded the region’s name as Hantique, which was then read as ‘antique (silent ‘h’). The locals then pronounced the name into its present name “Antique” (än-ti-ké).

Antique is often likened to a sea horse in shape, perfectly situated between the sea and the mountain, facing the Cuyo East Pass to the west, and mountain ranges to the east. The long mountain ranges are home to diverse flora and fauna while its aquatic environment boosts productive marine life. 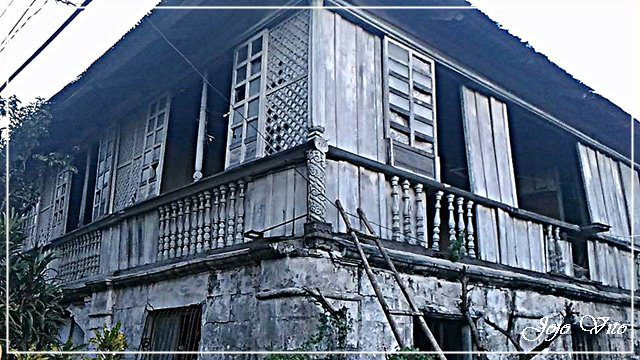 The province has many untapped natural, cultural and historical heritage, as well as community-based eco-tourism packages that are attractive to nature lovers and adventure seekers. 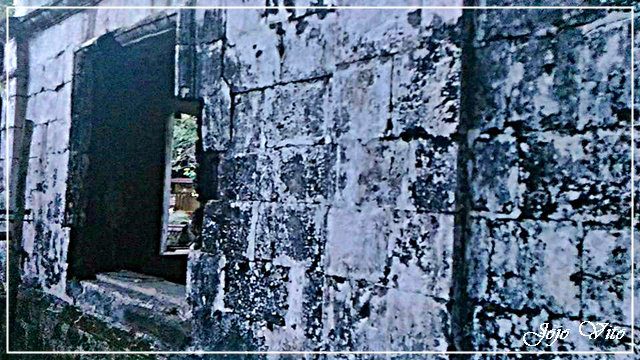 The coral walls in the ground floor

One of the participants Cherry Lopez-Azurin who hailed from Dumaguete, Negros  Oriental and is married to the Azurins of Antique  learned that I am a travel blogger and would want to visit places in the Antique.She mentioned that the Azurin’s has an ancestral home  located in the place.

To cut the long story short, we went to the place though its was already quite late in the afternoon.

The Casa Azurin is one of the most prominent  remnants  of Spanish influence in the Province of Antique. The   old ‘bahay na kahoy at bato” of the Azurin’s  is the only remained intact structure of Spanish houses in the province, which speaks of its historical and cultural attributes in Antique. With  my little knowledge on the evolution of Philippine houses in the Spanish time, prominent families in those eras started with bahay na kahoy, then developed into bahay na bato at kahoy and eventually some houses evolved into bahay na bato.

Before the house was acquired by the Azurin’s, it used to be a hospital during the Japanese war. 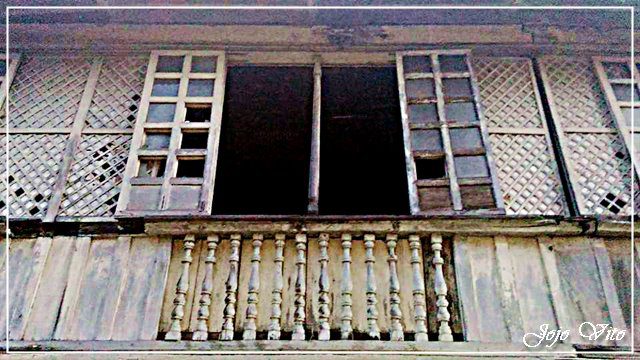 The second floor of the Casa Azurin in Jose,Antique is made of hardwood; some traditional capiz windows are still present

The Casa Azurin in Jose,Antique is  located along Gobierno Street was erected in the 1800’s. The ground floor  utilizes coral bricks for its main walls and posts.Like in most old churches and structures in the Philippine, lime and egg whites were used  as binders of the bricks that built up the house constructions.

The ground flooring was also adorned by coral bricks and on the second level  the flooring was constructed of wooden slates of hardwoods like yakal   and narra. 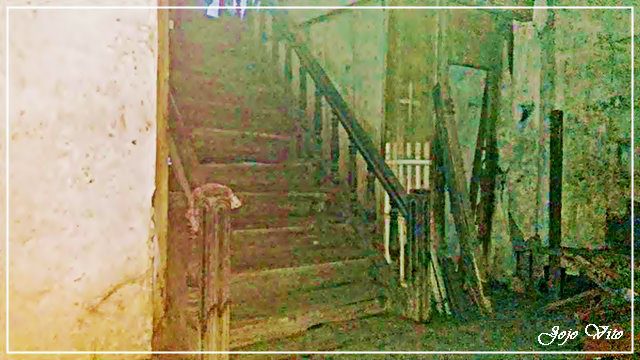 The main wooden stair leading to the entesala of the house

The  traditional  old  house was designed in cube shape just like most of  the old Spanish mansions in the Philippine  to suit the Spanish life style. The earth level was primarily served as entrance for the  guests.  The antesala and the sala are located  at the second floor where visitors are welcomed depending on their status in the society. During those era, the antesala is being reserved for ordinary people while the sala is the reserved for the highly profiled guests. 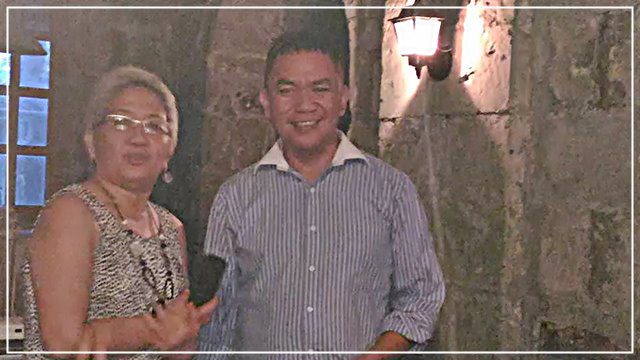 With my fellow speaker from Negros, Ms. Marivic Rio in the one of the rooms os the house at the ground floor

The Casa Azurin in Jose,Antique,  unfortunately,  has been deteriorated  by times and is no longer inhabited by the Azurin’s descendants. It is waiting to be restored  which I hope will be happening soon so that it will not vanish and will still be enjoyed by the future generations.

So the next time you visit Antique, don’t miss the opportunity to visit this house.