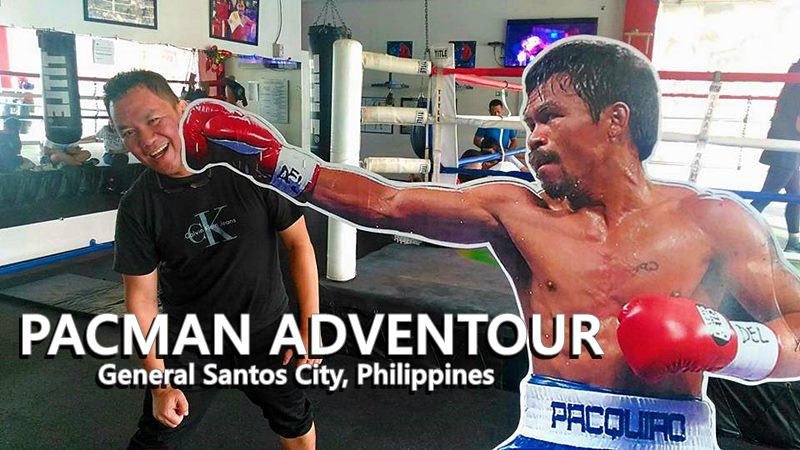 General Santos City having its airport is the gateway to the famous Lake Sebu of South Cotabato. Apart from their famed Tuna Industry, General Santos City is of course very much associated with one of the greatest boxers of all time, Manny “Pacman” Pacquiao. 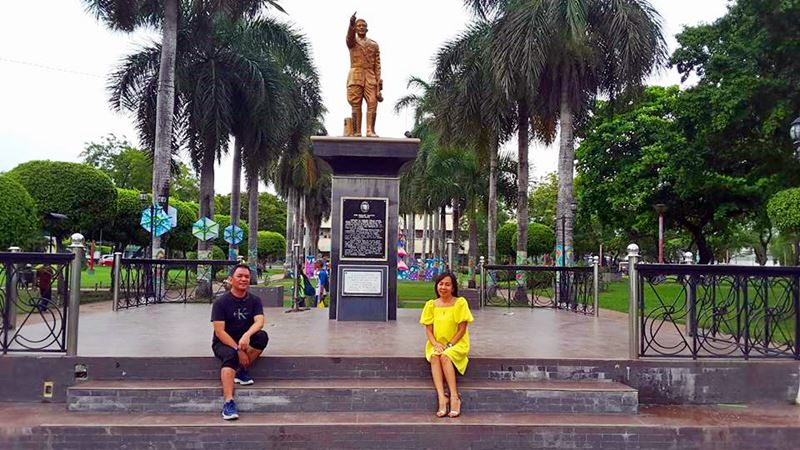 To begin with, Manny Pacquiao as known to many is the first and only eight-division world champion, having won eleven major world titles, as well as being the first boxer to win the lineal championship in five different weight classes. Moreover, Manny Pacquiao is also the third boxer in history to win genuine world titles in three of the original eight weight divisions of boxing (flyweight, featherweight, and welterweight).

Because of the unprecedented success of Manny Pacquiao, this iconic boxer hero attracts so many attentions from people who would want to have a glimpse of his lifestyle and know more about his humble beginnings.  This is how the Pacman Adventour was born.  Conceptualized by Miss Vienna Quinanahan Borro, the Managing Director of LVA Travel Care and Allied Services.  The Pacman Adventour is a journey for any guests who would want to see up close and personal  Manny Pacquiao through a tour. The tour will bring the guests to see and walk in the streets where Manny Pacquiao started selling “Pandesal”  when he was young.  The tour will also enable guests to enter the first dream house of his family; see his hotel; visit his wild card gym where he trains, and see the church that he is now building. The Pacman Adventour will enable any guests to see the rags to riches story of Manny Pacquiao. Along the way, you will also be amazed to see how  God touched his life and became a blessing to the community.

That was my first time in General Santos City with no expectations, but just to have fun. And I guess to have fun and a lot more really happened during that visit because I was taken cared for by no less than Madam Vienna Quinanahan Borro.

To begin with, Vienna and I came from the same company before, the Negros Navigation Company (NENACO), the company is now called  2 Go Travel. Unfortunately, during our stay with the company, we never had the chance to meet. But Vienna is such a joyful soul and a cordial host. She never runs out of stories and anecdotes which made me feel really comfortable and at home. In fact, people asked if we knew each other for a long time because of our exchange of jokes. 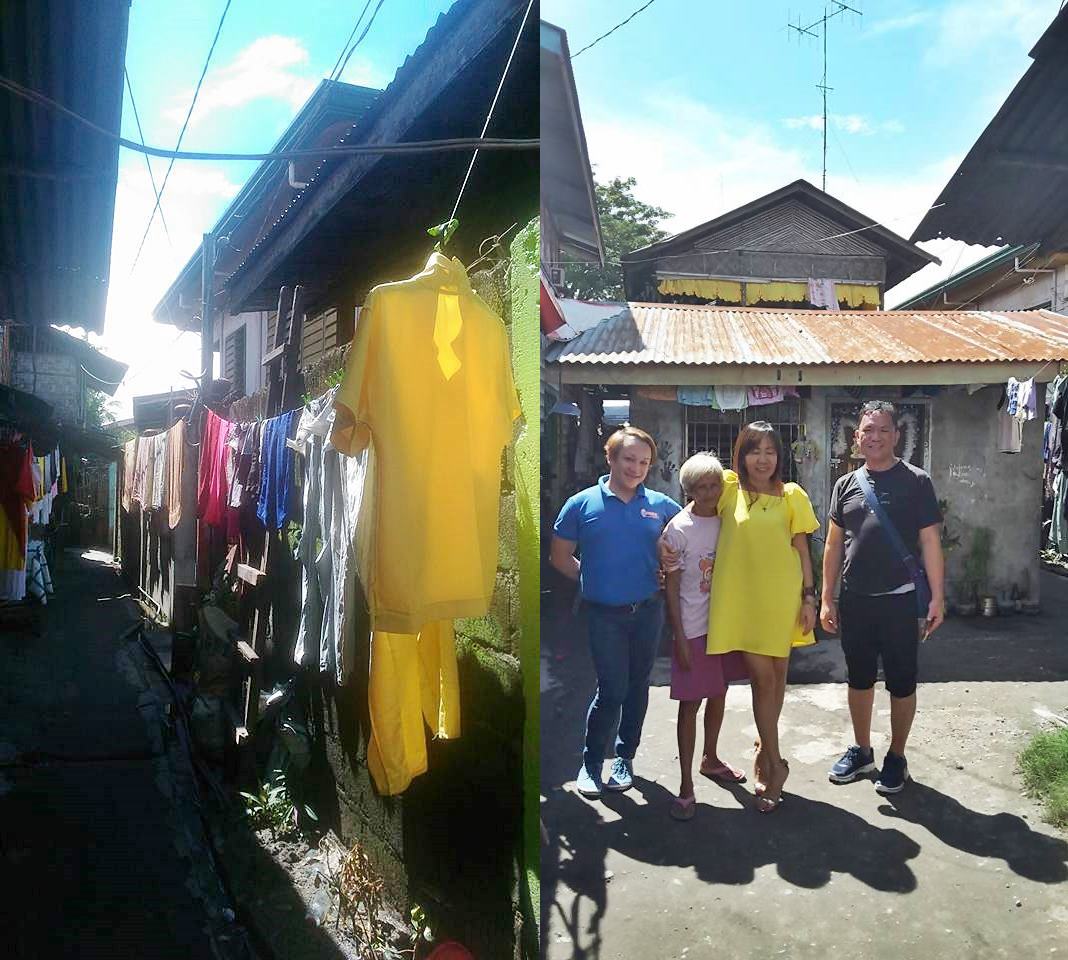 Barangay Labangal a place where Manny Pacquiao build his dreams

That was almost lunch time when I arrived at General Santos City. But because some of the target places to visit are just along the way, we just grab the opportunity to see the place to save on time. The first of the Pacquiao’s property we visited was the Pacman Sports Stadium which was used for cockfighting before the spiritual conversion of Manny Pacquiao. Then, we pass by the Barangay Labangal where Manny spent the early years of his career being a baker, pandesal vendor, and construction worker to support himself and his family. 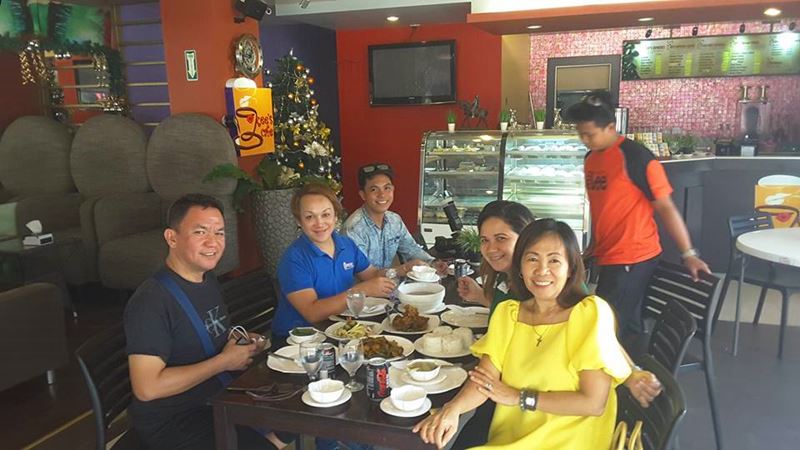 After visiting few places, I was treated to lunch at the Roadhaus Economy Hotel owned by  Pacquiao. I will be writing soon a separate post for this hotel as I stayed here for a night before I left for South Cotabato. 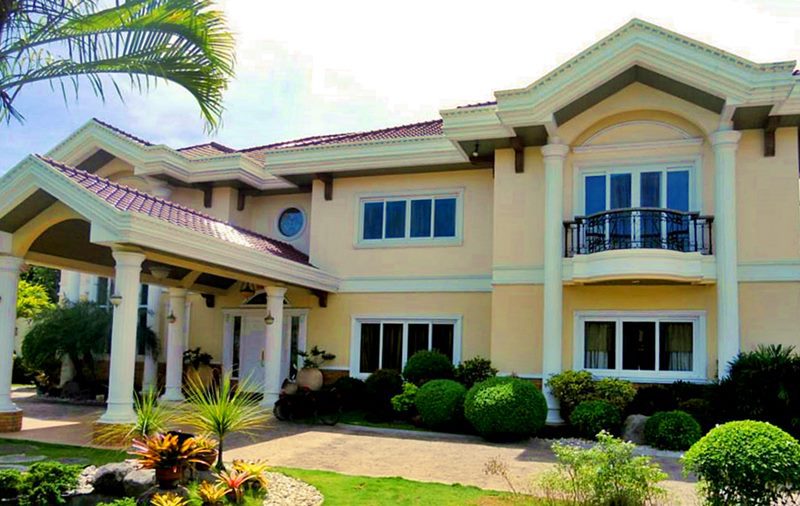 After our lunch, we visited the first mansion of Manny Pacquiao. It is said that this was his first dream house and was one of the first fruit of his victory as a boxing champ. 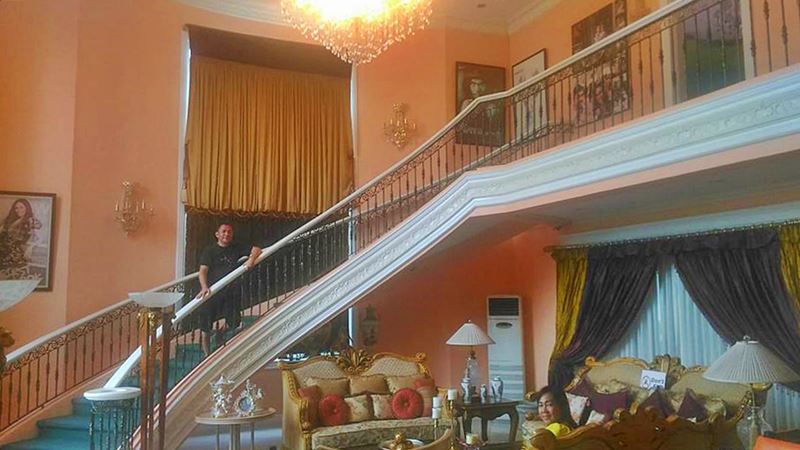 Vienna and I inside the first Pacquiao Mansion 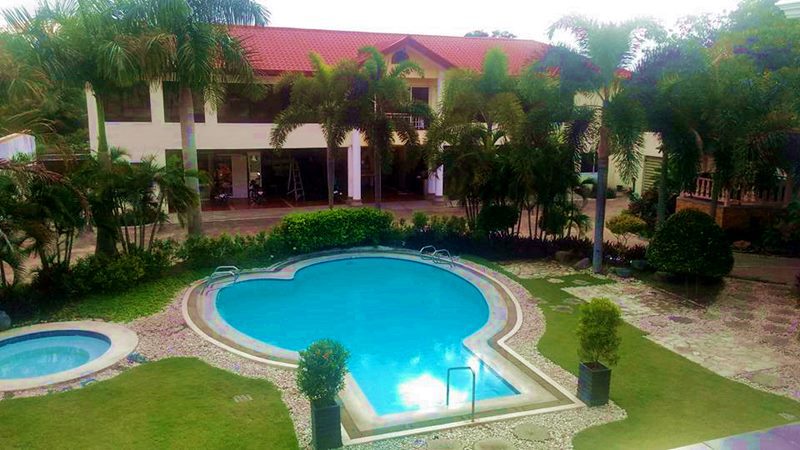 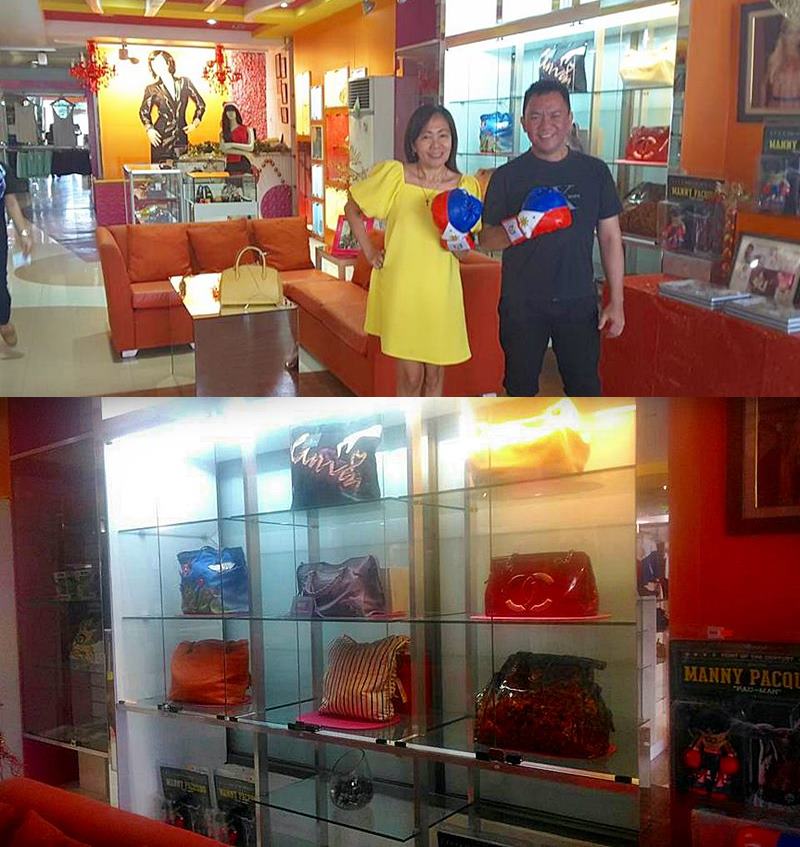 During our tour, we also drop by    Jinkee’s Fashion World,  in General Santos City. 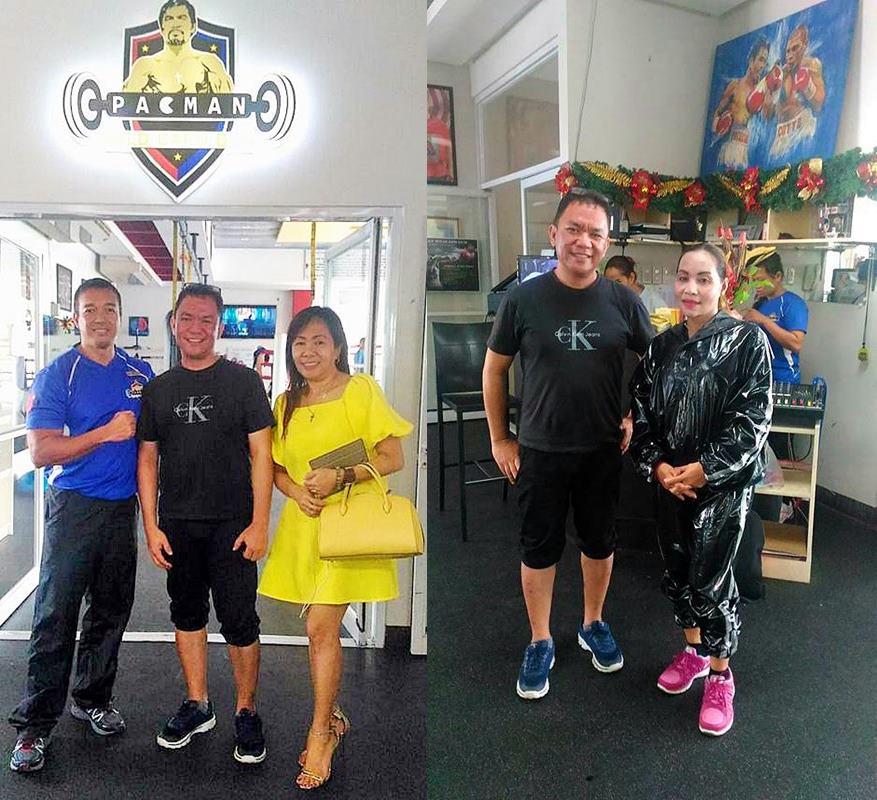 Another interesting stop at Pacman Adventour is the visit at Pacman Wild Card Gym. This is where Manny Pacquiao trains whenever he is in General Santos City. 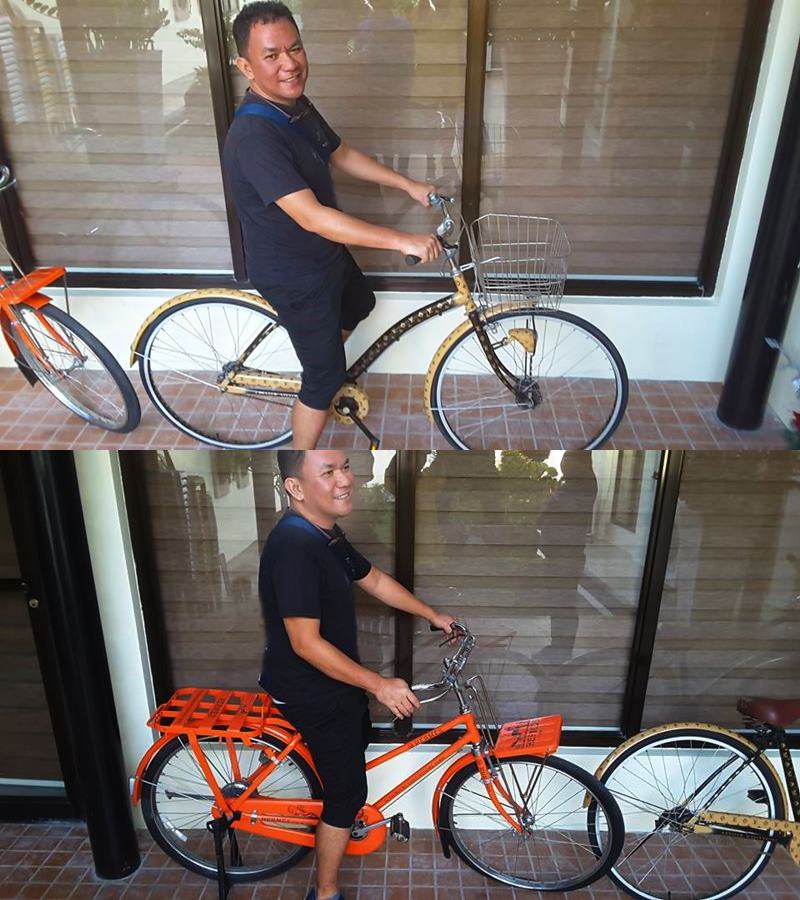 found these interesting bicycles at the 2nd Mansion of Manny Pacquiao 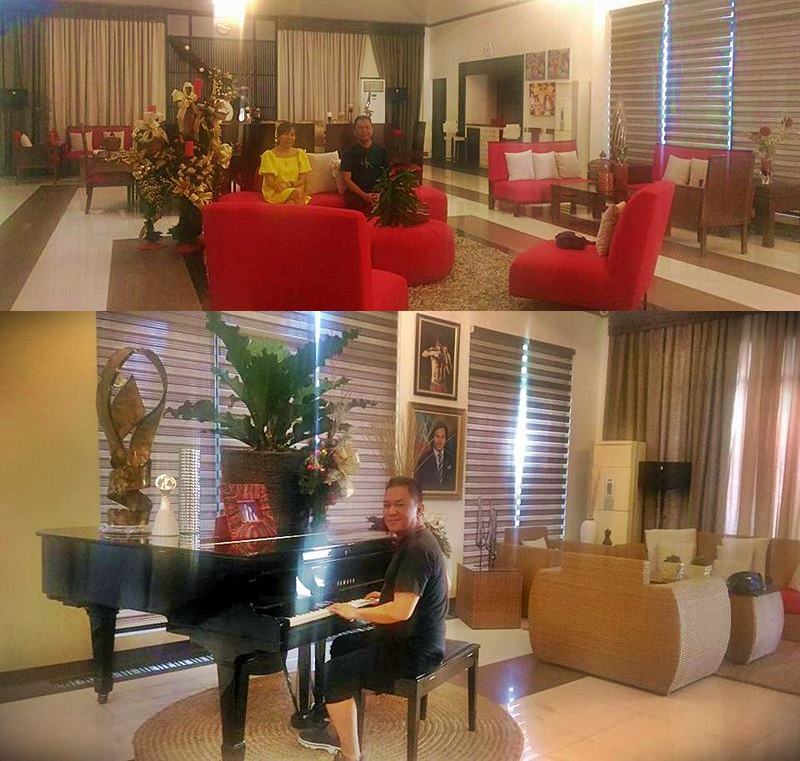 At the reception area of the second mansion of Manny Pacquiao.

This structure is where the couple would entertain their guests and is separated from the main house wherein the family is currently staying.

I was made to visit also the biggest and 3rd mansion of the boxing champ. The residential complex which has a gymnasium, a huge office and reception hall and lot of other features. I suppose this would be the biggest and grandest of all the mansions of Manny Pacquiao. Unfortunately, this structure is still in its construction stage and no photo takings are allowed.

A glimpse of the church which Manny Pacquiao is building at General Santos City. This 300 Million Church which is still unfinished as of this writing is located just right beside his hotel, 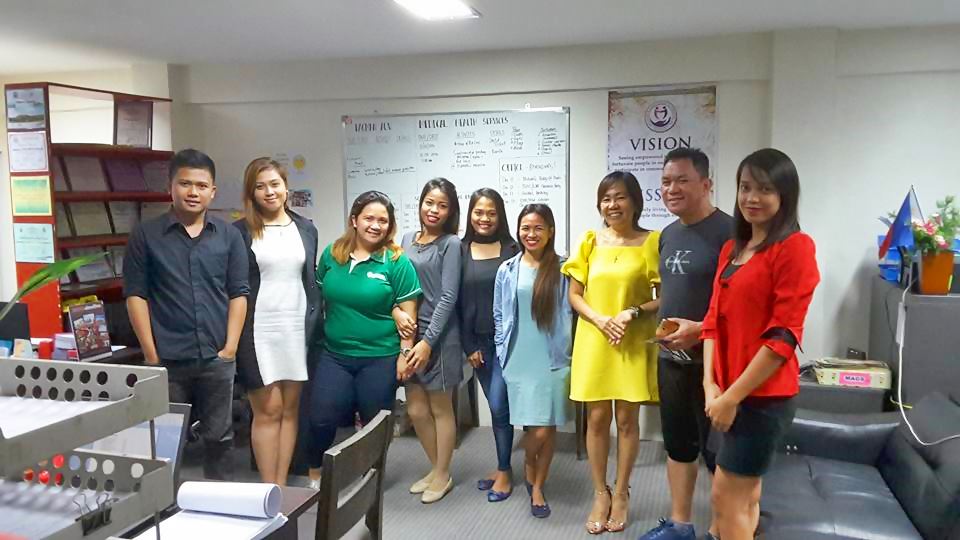 I was glad to meet the staff of Emmanuel and Jinkee Heart Foundation in General Santos City. The foundation which is managed and supported by the Pacquiao couple is actually sending a lot of students to school finish their college degrees.

LVA Travel Care and Allied Services is a tourism retirement activity of Ms. Vienna Borro after retiring as accountant/auditor of Bandag and sales director of a domestic shipping line,2GO Travel Co. LVA which started in 2014 specializes on inbound tourist for General Santos City and Region 12.