THE SWEET SMELL OF CADIZ CITY

We were invited  to have an overnight stay and make a review  of  the newly developed  Northland Highland Resort in Manapla, Negros Occidental. The place was great, smells good  and people were really nice.  Not  to mention that I knew quite a number of people working in that hotel. Two executives of Northland Hotel were  once my participants in one of the training I had conducted in one of the hotels Bacolod, and another in their marketing department was once a colleague when I was still doing a TV Program at Sky Cable.

The following day as we packed to go home we decided to  proceed to Cadiz City.  The city is 65 kilometers north of Bacolod City, Cadiz City is a 2nd class city in the province of Negros Occidental, Philippines.

Cadiz City is a gateway and a premier center of agro-fishery resources of Negros Island.

We were driving a private vehicle and it only took us 30 minutes from Manapla to reach Cadiz City. But if you are coming from Bacolod City it would take you an approximately  one hour drive.

Cadiz  is called the City of Whales and  is also known as the dried fish capital of Negros. 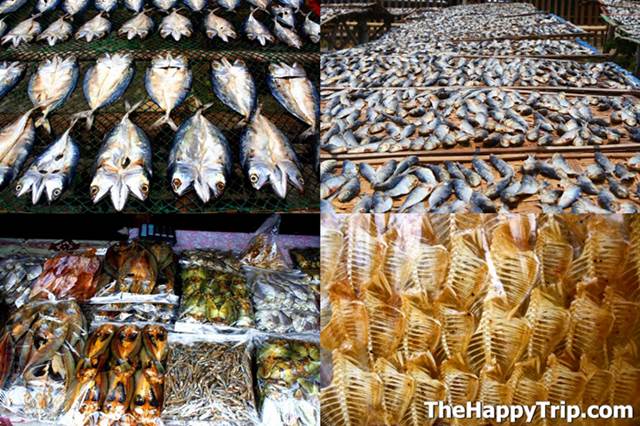 Our objective for driving to Cadiz was  to bring home some dried fish and to get some stories we can share with our readers regarding Negros Province. So, we proceeded immediately to Poruk Awa, Brgy Zone 6, Cadiz City. In this Barangay, you will see a talipapa selling a variety of dried fish. Of course, it is obvious that when you visit this kind of place, the smell would be different but you will see in the eyes of the vendors and other stakeholders of this industry ,this smell is sweet and  the oxygen which gives them life!

One of the most enjoyable parts of our trip in Cadiz was our meeting with one of the Dried Fish Diva, Janet Menoso.At first, we don’t have any intention to buy anything from her because we already brought  enough from other vendors. I was just taking pictures of her place when I noticed her waving and smiling as if she is the reigning queen of that Poruk.Ahhh, to my mind “ Sosyal ang Lola!”. So I went closer and start a conversation. Without my asking, she started talking about dried fish making as if she is in a TV Cooking Show.While listening to her demo, I was asking myself if this lady has a special training for entertaining people. I was fascinated and  I couldn’t smell the dried fish anymore. She even addressed me “amay” (Amay is a vernacular term for father). Que horror! “Amay” talaga?

Janet Menosa was really a good sales person and entertainer.She even posed for a picture taking with us. We were having a “HAPPY TRIP” with her…O my, she spend so much time with us already—We were forced to buy more dried fish again..(OMG we had already bought so much!) But it’s okay.We want to reward her for  being hospitable and nice buy buying few more kilos of dried fish. We thanked her and left not only with dried fish but also energized   by the very positive spirit Janet has shared with us.

Thank you very much Cadiz City, thank you  very much, Janet,, that was indeed a HAPPY TRIP!

The City can be reached by bus for an approximately  an hour and 30 minutes ride. The Vallacar Transit (Ceres), a big bus company has a terminal in the city. Buses plying San Carlos, Dumaguete, and the nearby municipalities make a short stopover in the city. Other services of transportations available are PUJ and van for hire vehicles. Cadiz City is also accessible to Cebu via the cities of San Carlos and Escalante. Passenger bus for Cebu also passed by at the bus terminal on scheduled trips. By Sea,  large pump boats  transporting cargoes and passengers to/from Bantayan Island are also available.