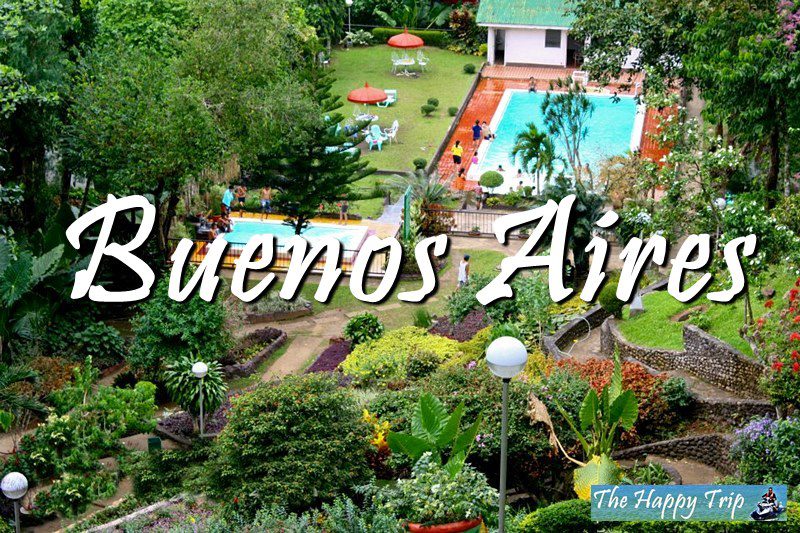 For many of us   who grew up in Brgy. Ma-ao, Buenos Aires Mountain Resort would always be part of our memories. Despite the great improvement made in Buenos Aires, the place still brings back nostalgic memories to me.

One of my most memorable experience with the resort was during our high shool retreat held in the resort. Buenos Aires was then under the private management. The landscape was different…more trees … cottages were still surrounding the main pool.

When my parents were still alive I would normally go home almost every weekend and would not miss an afternoon swimming at Buenos Aires Mountain Resort.  I still recall, I would bring my small nephews with me, then they would opt just to play at the cottages while I was swimming and after a while, the ice cream vendor would collect from me the ice cream my nephews had consumed.

I have also conducted a couple of training in the resort and countless corporate outing activities.

Today, each time we get together in Ma-ao as a family for Christmas, new year or any other occasion, we would always think of visiting the resort we grew up with. Buenos Aires is indeed a home to many Bagonhon.

Buenos Aires Mountain Resort comprises the 18.9950-hectare portion of the property that was previously nothing but mere jungles. Don Jorge Araneta the son of General Juan A. Araneta, its owner named the place Buenos Aires, after one of the places he visited abroad.
The stature of the Buenos Aires Mountain Resort as a premier family resort in the 1930′s maybe gauged from the number of well-known personalities of the era that visited the place, the likes of Honorable Rafael Alunan.Sr., then one of the Cabinet Secretaries of the Commonwealth Administration, the Former Governor Valeriano Gatuslao, former representatives Carlos Hilado and Aguedo Gonzaga, Former Senator Ramon Torres and, the President of the Philippine Commonwealth His Excellency Manuel L. Quezon. He stayed at the resort while hiding from the Japanese Imperial Forces who were then after his capture. President Quezon even stayed for few days after escaping from the tunnels of Corregidor during WWII, before he fled to Australia.

It may be interesting to note that the original landscaping was done by a Japanese who was later found out to be an officer of the Japanese Imperial Army. During the last days of the war it was closed down by the family, and unfortunately, neglect and apparent lack of maintenance brought the natural demise of the resort.
Today, the resort is one of the tourist destinations in Negros. The influx of both domestic and foreign tourists, the employment that it generates, the income opportunities that it provides to the community are testimonials of its success.
Buenos Aires Mountain Resort is accredited by the Department of Tourism as “AA” standard tourist establishment. The resort has hotel rooms, cottages,

The resort has hotel rooms, cottages, pavilions,  shed houses, function rooms, food and beverages outlet and of course, the most famous, the swimming pools to offer to its guests.

How to Get There: