That was  Sunday,8:30 am and the vehicle was there to pick me up.Our destination this time — La Salle Eco Park at Brgy. Granada , Bacolod City.

I’ve been in the place for quite a number of times with the seminars I had conducted before, but this time –it will be their  for the Summer Fun of Merci Bread and Pastries. I am not part of Merci but  they invited me to judge in their fun activities. 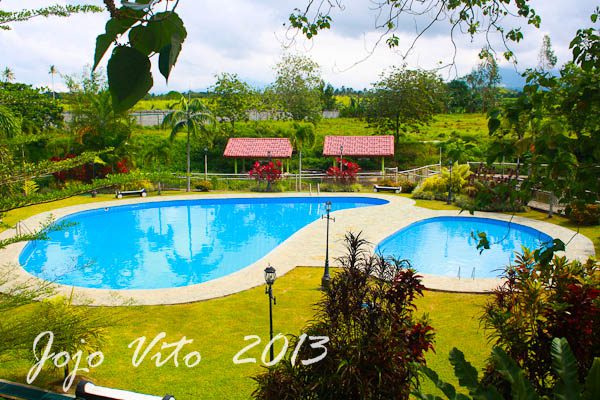 The La Salle Granada Eco Park is a newly developed tourists spot in Bacolod City. It is situated between Alangilan and Brgy. Granada. The Park is surrounded with natural forest attraction that beautifies the place. The landscapes, flowers from the orchid garden and trees that surrounded the Eco Park are natural produce by nature that most people love so much.Click the image link to view in fullThe place is ideal for educational trip, family bonding and other specially occasions. They have canteen to buy beverages and snacks. But you can bring also your own foods if you like.

It’s always refreshing to be at La Salle Eco Park. The lush , trees and cold breeze would simply give one a relaxing feeling.The day was also an opportunity for me to catch with Merci’s Training Officer, Femmylee Magbanua who happened to be a very close friend of mine.

Merci’s Summer Fun was divided into four batches. Obviously, they have a lot of employees, hence the four batches. And its their second batch that I joined.

After the short ceremonies, they started the day    with an impromptu  Cheer Dance Contest followed by the search for Mr. and Ms. Summer Fun and  Volleyball Contest. I just spend lunch with them and went home ahead as I am still scheduled for a late afternoon meeting.

Another group which is celebrating their family day on the same venue is the Team Bur Bucks. Team Bur Backs are a group of bikers whom I used to join when I was still active with mountain biking. I truly miss being with this group especially our weekend bike rides in various places — and eating afterwards of course.

The Eco Park is about 16 kilometers from the Kilometer Zero in the Provincial Capitol Lagoon and Park. It is part of the 55 hectares the University of St. La Salle (USLS) Granada campus. It is accessible by public transportation. If you are coming from Bacolod, you can take the Jeepney from Burgos Market going Brgy Granada and from Brgy. Granada, you can take the tricycle to the park.