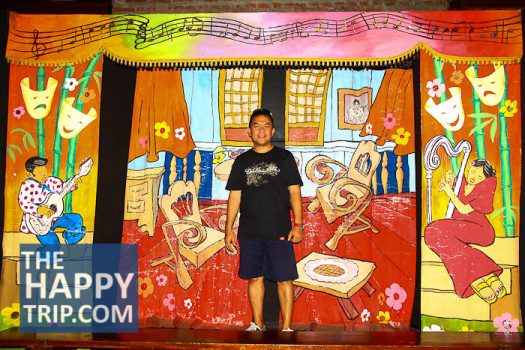 The author inside the Ilocos Museum

Our last destinations for that day were the Ilocos Museum, St. William Cathedral and the Sinking Bell Tower.

After Paoay Church, we went back to Laoag proper for our last destination for the day, The Ilocos Museum, and Laoag Church or the  St. William Metropolitan Cathedral. If you are staying in the city proper, you can just visit this place on your own. 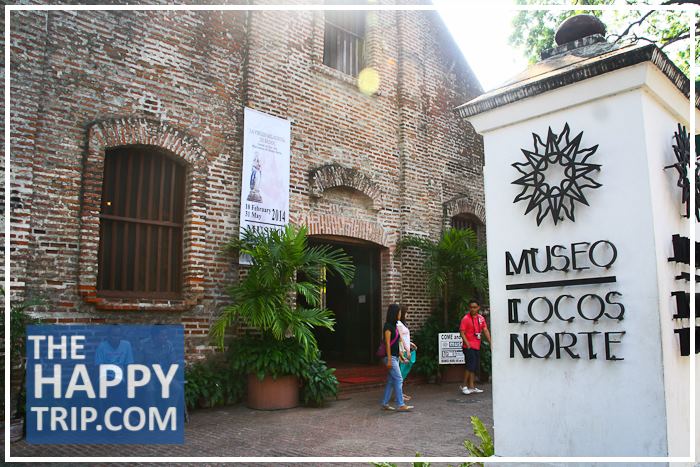 The Facade of Ilocos Museum

The Ilocos Museum is located in the downtown area of Laoag City and just close to the Provincial Capitol.

It’s not really my type to dwell in a museum,  but I guess one of the best ways to get to know Ilocano culture is by visiting the museum, so there we go… 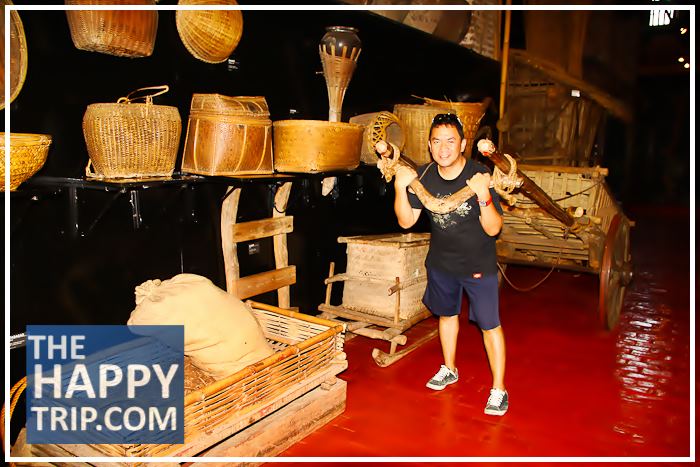 just having fun inside the Ilocos Museum

Ilocos Museum  is housed in the restored historic Tabacalera warehouse, a former factory  for tobacco back in the Spanish Era. The museum  showcases the several  ethnic and multi-faceted cultural heritage of the Ilocano. It is one of the few attractions in Laoag City which is most visited by school children, visitors, and tourists.

It is said that the logo or symbol of the museum, a many-rayed sun, was taken from one of the finials at the back of the 19th-century church in San Nicolas.

The museum is called by many, “Gameng,” from the Iloco word meaning treasure. The place symbolizes the wealth of Ilocos Norte. 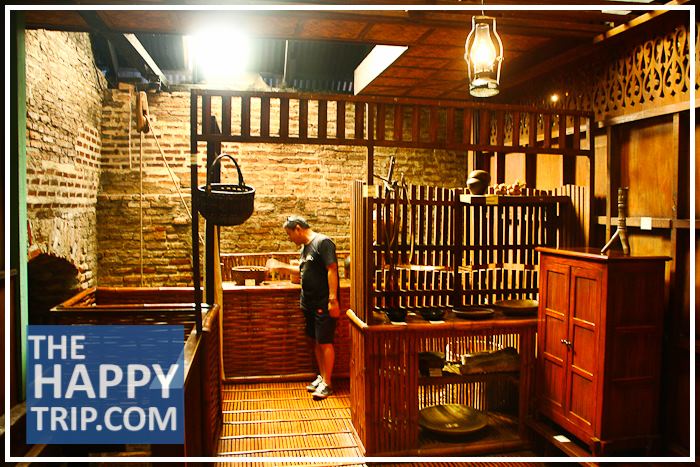 The author at the second level of the museum.

The museum has a second level which was constructed just like a traditional Ilocano house. This part of the museum showcases the traditional lifestyle in Ilocos which is quite similar to the Visayan Region. There is an assortment of items displayed on both floors of the two-story building showcasing the lifestyle of the Ilocano in the past.

I like how the layout of the Museum. They made sure that before you exit you will pass by a small gift shop which sells an assortment of native products and handicraft of Ilocos Norte, and a few books and other publications written about the province.  There is a minimal fee charged to view the contents of Museo Ilocos Norte. The museum is opened during office hours in the morning and afternoon of the work week, however, it is closed at noontime which allows it’s staff time for their lunch break. 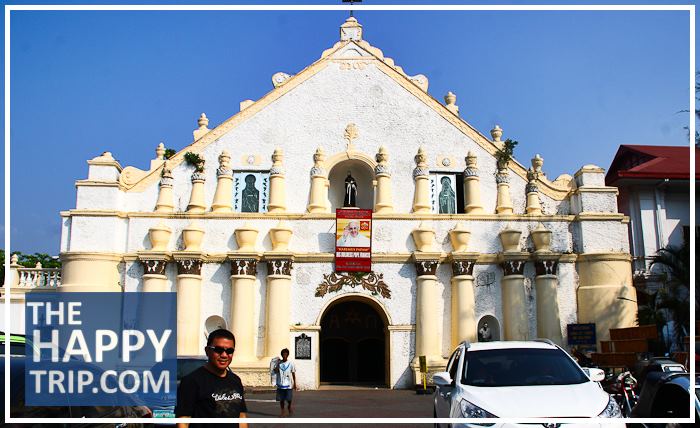 The reconstructed church has a unique two-storey facade held by four pairs of coupled columns and was called the St. William’s Cathedral.

Just a few meters from the church is the Laoag Church or the Sti William Metropolitan Cathedral.

A  wooden chapel is said to have been originally built on the same site when the Augustinian Friars founded the parish in 1580. Later in 1612, the foundation for the replacement of the church was laid by the friars and construction of the cathedral with Italian Renaissance design began. The church is said to have been destroyed by fire in 1843. The repair happened from 1873 to 1880  through the efforts of the Obras Publicas under the supervision of Engr. Antonio de la Camara and Fray Santiago Muniz. 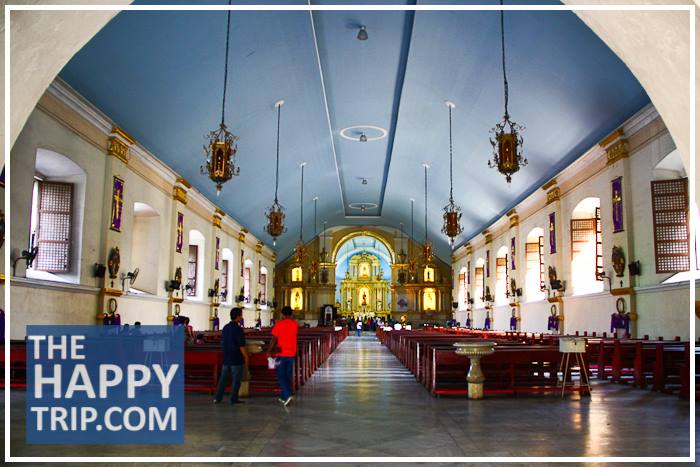 The reconstructed church has a unique two-story facade held by four pairs of coupled columns and was called the St. William’s Cathedral. The deeply recessed niche shows the image of Saint San Guillermo.   In 1898, it was occupied by Revolutionaries and also by the American forces in 1899. The ownership of the church was contested by the Aglipayan in 1901.

Quite far from the main church, the bell tower is located 85 meters away is its bell tower which has sunk to the grounds. The 45-meter high bell tower is one of the tallest edifice built in the province. It is said that when the tower has newly erected a person on horseback can pass through its door freely. Today, a person of average height could hardly pass without stooping. According to our guide, the bell tower did not really sink. It’s just that with the continuous repair and filling of the road, the road gets thicker and higher from the ground while a tower which is an old structure sunk.

Our tour for the day ended at around 4 pm and while we still have the time to go around the city, we opted to just rest in the hotel to prepare for our trip to Pagudpud the following day. 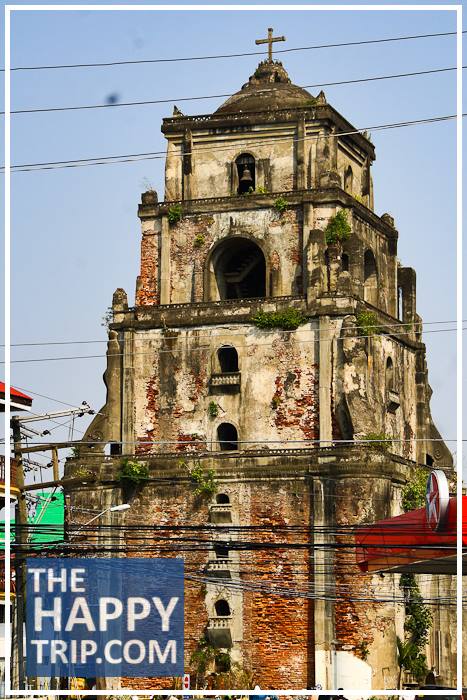 Quite far from the main church, the sinking bell tower is located 85 meters away is its bell tower which has sunk to the grounds  . The 45 meter high bell tower is one of the tallest edifice built in the province.