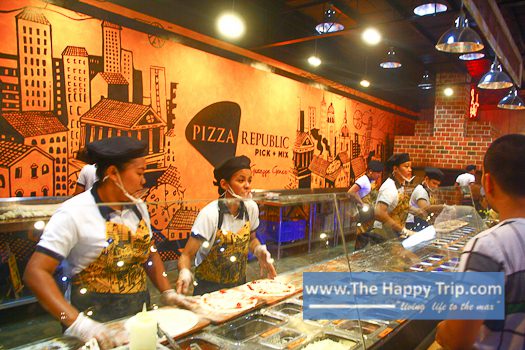 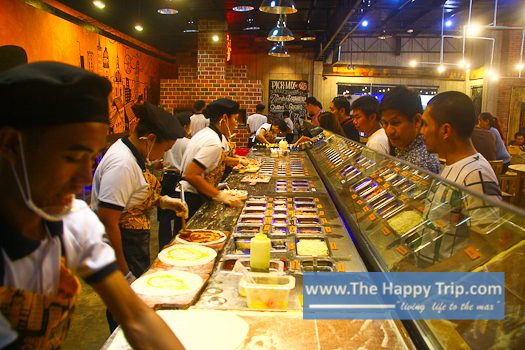 “Pizza Republic has more than 60 toppings to choose from…”

Yes, it’s the first in Bacolod City wherein the diners will have the  wide command on how their  pizza will taste based on the sauce and toppings that they  will take. Fresh dough is made before your very eyes. 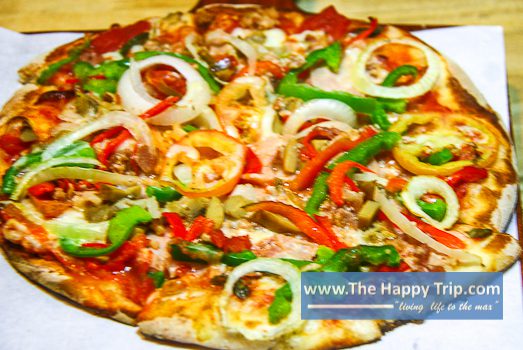 For   Php245,  you  get a 10inch pizza and you can choose from 60 plus toppings. All you have to do is to pick your desired sauce,   cheeses, sausages and meat, veggies and even herbs. There‘s  no limit on how many toppings you’ll put on your pizza.

Unfortunately, too much toppings would affect the crispiness of the crust. Then if you require a bit crispier crust, better limit your topping to four or five. However, if you’re the type who is not so particular with the crust, break and feast with more toppings, after all tastes is relative. 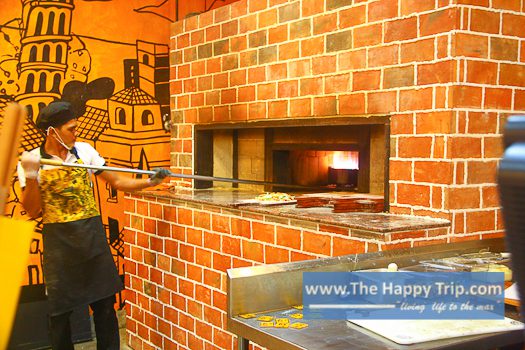 “Brick oven, where tasteful pizza are baked to perfection”

You can as well watch your pizza being loaded in their  brick oven.

Pizza Republik (Bacolod) is the first branch established outside from  Cebu City where it originates. The Bacolod  branch is quite bigger than their primary branch in Cebu City.

I also like the interior of the Pizza Republik, the dining table were made of wood.Some dining chairs were made of  metals with “construction” look. Walls were decorated with re-purposed old wood and the lighting were very good.The facade of the restaurant has a rough effect which add a character to the restaurant.

There were five of us from the Negros Bloggers who were invited  to attend their soft opening and tried their pizza. Two print media people were also spotted at the event. 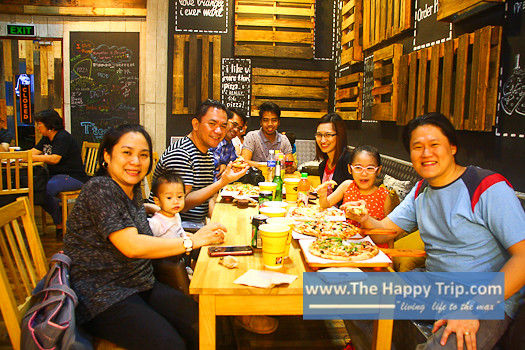 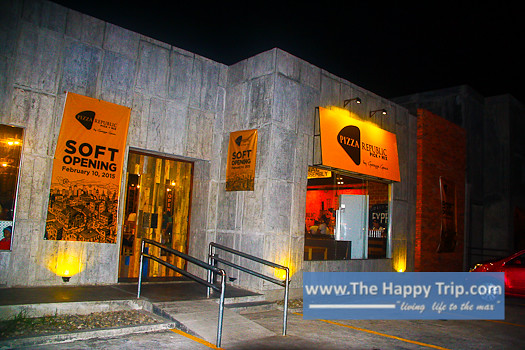 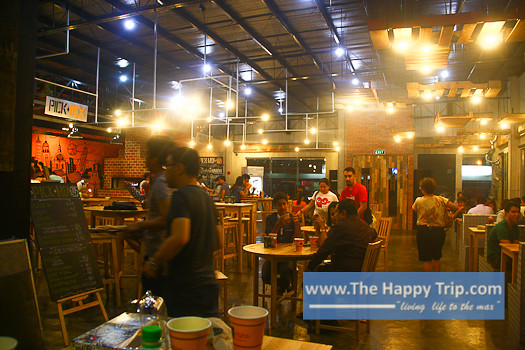 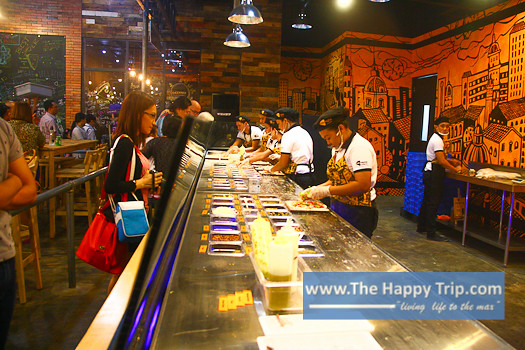 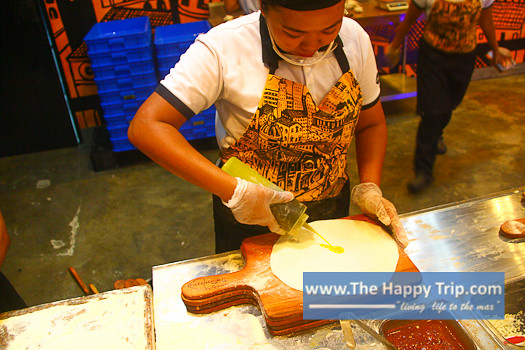 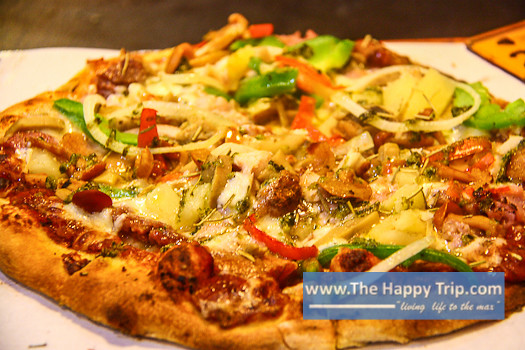