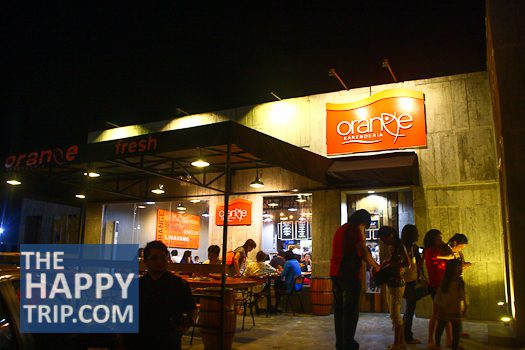 “Don’t judge a restaurant by its name”.  The word “ Karenderia” is often referred to as a no frills,  small eatery . But not in case of Orange Karenderia,  which recently opened in Bacolod City.

Housed in a modern  building with “industrial’ look and design, Orange Karenderia  is one place which the whole family would love to dine in. Offering Filipino Cuisines ,Orange Karenderia  used local  ingredients abundant in the area. The restaurant is the first branch outside its place of origin, Cebu City. 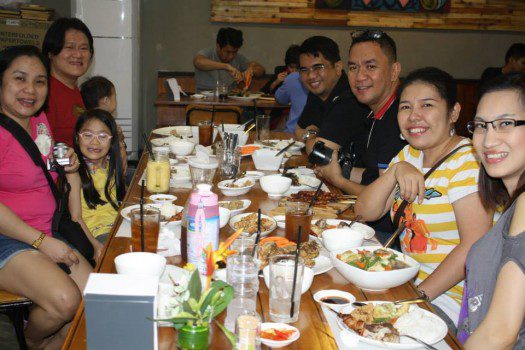 Michael has been a very cordial host when we visited Orange Karenderia. He allowed us to take photos and even to get inside his kitchen which is by the way visible to the guests dining. When asked about the name of the restaurant, he simply said that orange is just a food color which they like.  They used the word “Karenderia”  to differentiate themselves from others and it  is easily associated with Filipino food.

Orange Kerenderia offers the usual food which we served at home. But what makes this restaurant special is the freshness and authenticity of the food they served. When they say crispy- it is really crispy. In every dish you can taste the  authenticity of  a true Filipino flavor.

Orange Karenderia is located at 22nd – Lacson Street, Bacolod City. It is right  at the back of Pizza Republik.

One of my favorite dish in  Orange Karenderia  is their Crispy Tuna Buntot (Yellow-Fin Tuna Tail) , A veritable fish version of the porcine Crispy Pata. Price varies according to weight.  It was served very crispy and best when dipped with vinegar and soy sauce.

Betsy’s Garlic Chicken which comes with a special sauce