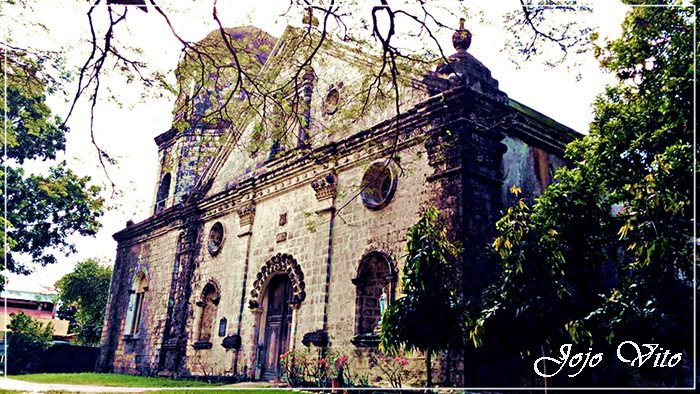 After our visit to the Lumang Simbahan  (Ruins of San Pedro Church) in San Jose de Buenavista, Antique we went off for Iloilo using the coastal  road. The next destination to our mind was Miag-ao Church, but we were surprised when the driver of our service vehicle pulled over  when we pass by in Anini-y. Anini-y , a fourth class municipality in the province of Antique, Philippines.

I was just wondering  why he did it, but before I open my mouth to ask a question I saw a  coral wall resembling that of an old church…. and indeed it was. 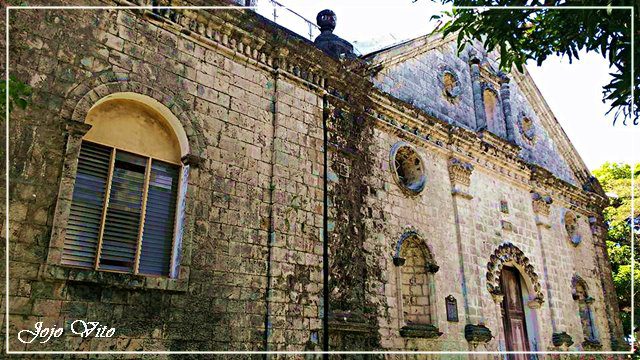 The driver learned from our conversation of my fascination of the old churches so he brought us there.

The St. John Church became an independent parish on 22 March 1862, in accordance with a papal decree on 20 December 1861. The first Augustinian parish priest was Friar Romualdo Crespo who was appointed in early 1862. 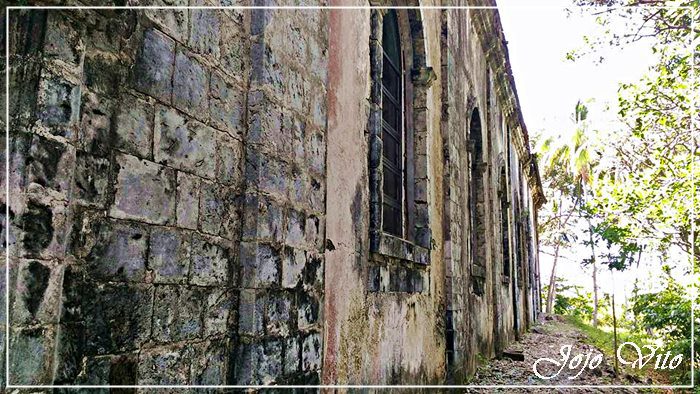 The side view, St. John Church in Anini-y ,Antique

The church was  generally constructed of coral and stones . TheSt. John Church  was  just a few meters away from the shoreline so most likely the corals were just  collected around the area.

According to history, St John Church began around 1845.  Friar Jeronimo Vaquerín was responsible for completing the present complex, the convent in 1879 and the church, except for the arco toral, was almost completed when the Augustinian left in 1898. Friar Vaquenn was the parish priest from 1878 to 1898. St. John Church was vacant during the Philippine Revolution (1898 – 1902). It was taken over by the Aglipayans in 1902 until it was returned to the Catholic Church and the Mill Hill Missionary Fathers in 1908. 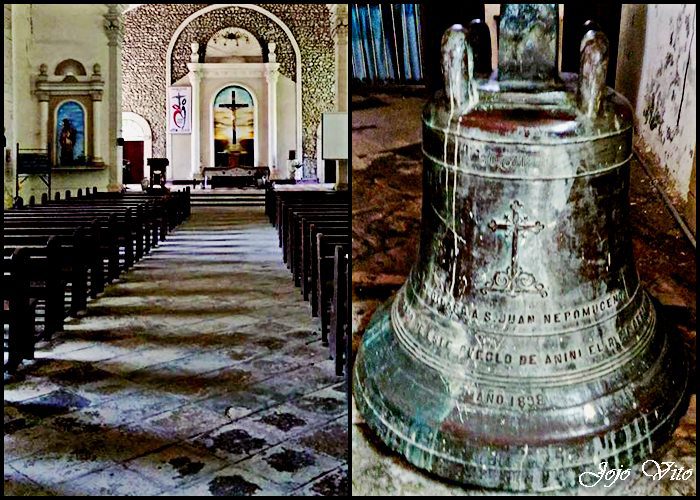 In our visit, the main door of St. John Church was closed so we entered  by the side door.  I was amazed seeing the character contributed by the very old tiles inside the church. I suppose, those were the original ones. I am just a bit sad seeing some cement and paints covering some walls inside the church. Perhaps the coral bricks were chipping or falling hence they covered it with cement. Unfortunately, the cement and paints had destroyed  the total character of the St. John Church. 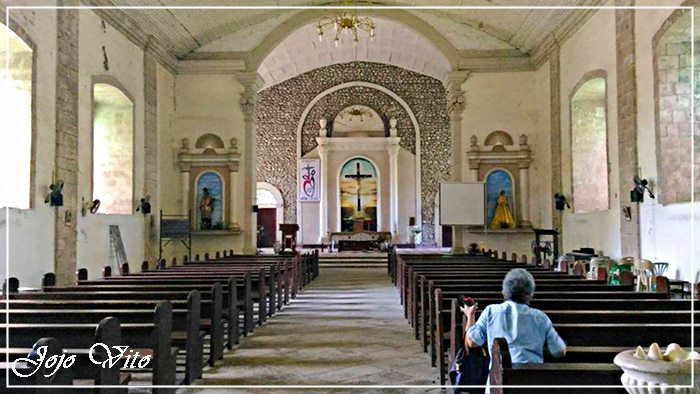 I like the simplicity of St. John Church in contrasts with the other more ornate churches I have visited in the past. Even the altar doesn’t show ornate and opulent details, in fact, the walls in the altar were made of large pebbles.

I also saw a bell lying on the floor inside the church dated 1838. What’s nice about some pieces in most old churches was that most of which has some important information inscribed in it. 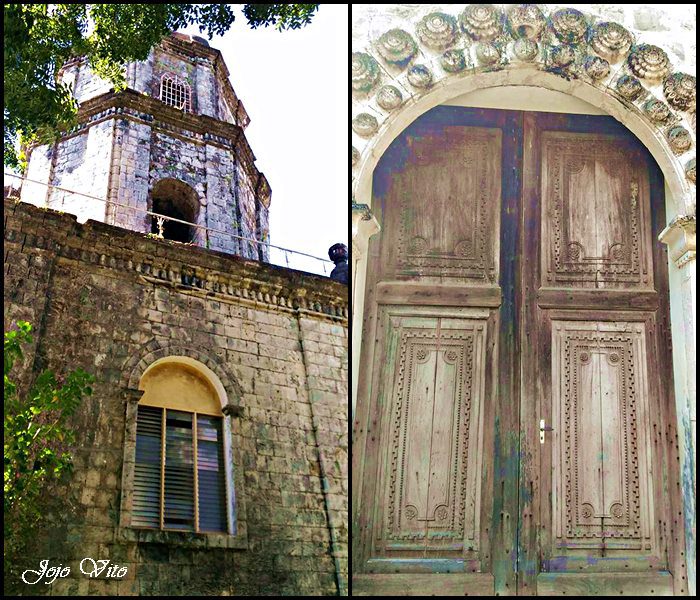 The main arched entrance to this single-naved church was beautifully decorated by floral sculptures. The three-story bell tower was attached to the church; its lowest floor was quadrilateral while the upper floors were hexagonal.  Arched windows pierced the tower and a domical roof crowned the whole structure.  Again, I don’t like the repair made in the lower portion of the bell tower especially the use of jalousie window.

In 2008, the National Museum of the Philippines named the Church a National Historical Treasure. Even today, there is a drive to raise funds for more restoration and refurbishment work that is projected for the church and its adjacent buildings.

HOW TO GET TO ANTIQUE

Antique is a Province is Panay Island, which can reach by Land, Air and Sea Travel. Nearest airports to consider are located in Iloilo, Boracay (Caticlan, Aklan) and Kalibo, Aklan. Cebu Pacific, Air Asia, and Philippine Airlines have regular flights to these destinations.