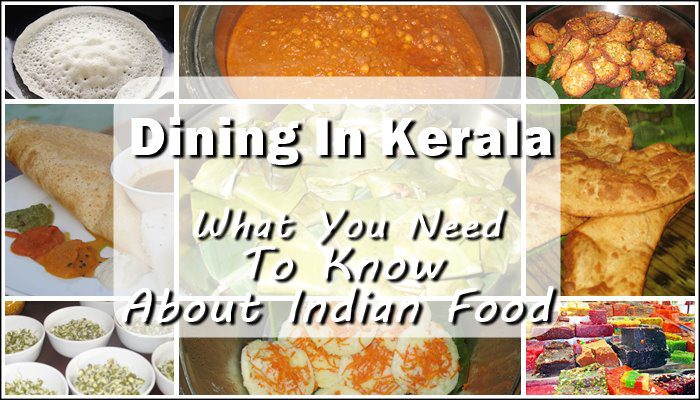 Dining In Kerala: What You Need To Know About Indian Food

Are you planning to visit India? Here’s what you need to know about Indian Food.

In most of my travels, the food is one thing that excites me the most. For me, food is not only a gastronomic experience, rather it speaks a lot about the culture of the place. 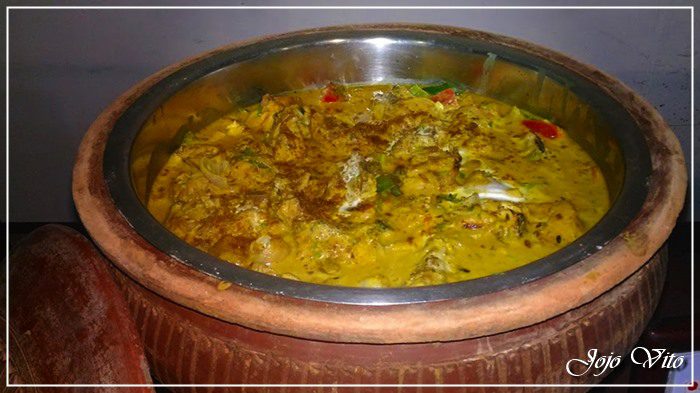 Murgh Do Pyaaza is very special kind of chicken dish, a little bit sweet, spicy and mouth-watering dish. It has got plenty of onions. As the name suggests ‘do’ means ‘two’, this dish required double quantity of unions than the usual chicken curry

I have tasted quite a number of Indian dishes in the past. But what made me excited about my trip was try more  of authentic Indian food.

Taste is relative. One’s favorite food could be another’s most hated item in the table. It’s just a matter of accepting these individual differences and no can really claim that their cuisine is superior than the other.In the Philippines for example, while we take pride of our very own dishes and delicacies like Balut, Dinuguan, Tamilok, Laing ,etc., we can’t blame some foreigners should they shy away from these foods and would even find us weird for eating this stuff. (But I’m sure, If given a little more time to try this food…they will love it …wink!)

I don’t really allow myself to be influenced by opinions of the so-called connoisseurs.If I like a certain food, I go for it and if not, then sorry. But what is important, maybe for the first travellers,is try to taste what do local eat. In this way you will not only have an exciting experience, but you will also understand their culture. 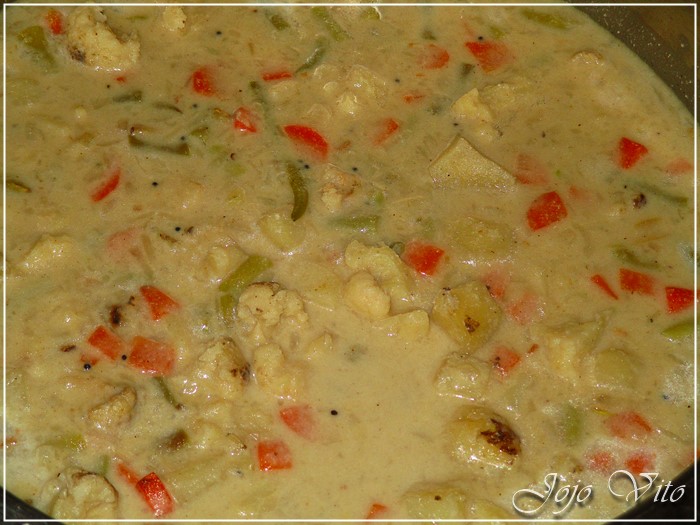 MY INTRODUCTION TO THE INDIAN FOOD

Prior to my trip in Kerala, I planned to really try as many authentic Indian Cuisines that I may encounter. But I don’t really promise to like it immediately.But who knows, I might develop an acquired taste for it.

On my first day in Kerala I never look at any western food at the buffet table of Vivanta By Taj . Rather, I went straight to the table offering all Indian dishes. Standing in front of the buffet table, I started asking the Manager of the restaurant who came to me noticing that I was trying to smell some of the food each time I open a chafing dish. Well, actually he knew that I was one of the bloggers staying in their hotel. 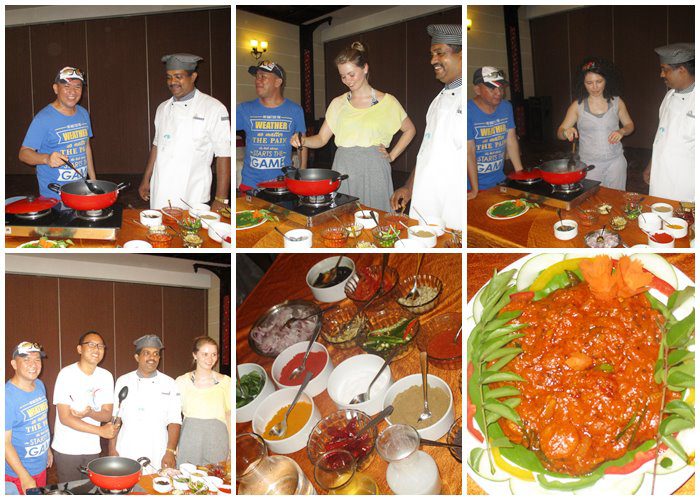 It was a very good opportunity, that I woke up early and went straight to the dining hall because there were only a few guests eating at that time. So I was able to get the full attention of the good Manager in answering all my questions about the food that they serve. That was a very good introduction for me then before trying an authentic Indian cuisines.

Jumping from one Hotel and resort to another allowed me to make a few generalizations about Indian Food or shall I say Kerala Cuisines. 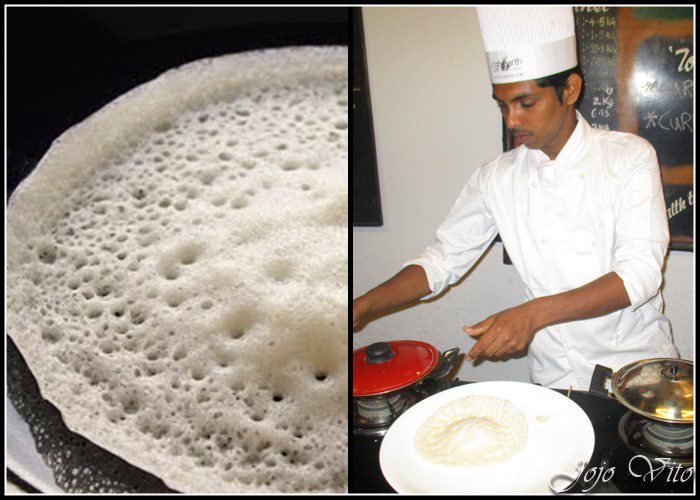 Indian Food: Appam is a type of pancake made with fermented rice batter and coconut milk. It is a common food in the South Indian state of Kerala.Appam is  eaten mostly for breakfast or dinner.It is eaten with some stews or other Indian dishes.

Kerala cuisine offers a multitude of both vegetarian and non-vegetarian dishes prepared using fish, poultry and red meat with rice as a typical accompaniment common among Asian countries.

While there are many Christians living in Kerala majority of the Indians are Hindus, so don’t expect to see some pork chops or bacon served in any hotel or resorts. 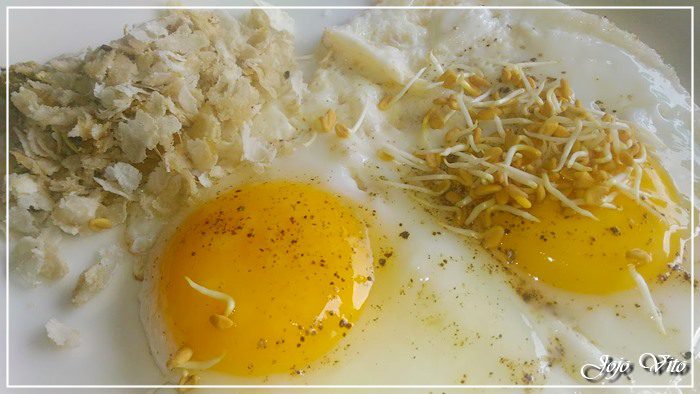 In one of my breakfasts. I tried the Aval Velayichathu (  Rice Flakes.  ), Eggs (because I miss my old breakfast ) and raw bean sprouts.We don’t eat raw bean sprouts at home so my blogger friend from Indonesia, Haryadi Yansyah suggested to eat it with eggs. Well, I started to like it. Just a little warning, I have read from food safety article that raw bean sprouts tend to have some bacteria developed during the sprouting process. Children, elderly, pregnant women, and persons with weakened immune systems should avoid eating raw sprouts of any kind. It is still best to eat it cooked.

One can expect some fish or seafood in Kerala. This state in India has a long coastline, numerous rivers and backwater networks.They also have a strong fishing industry which contributed to many sea and river food based dishes.

Rice and cassava (Tapioca) form the staple food of Kerala. Their breakfast shows a rich variety of dishes made from rice flour, or fresh or dried cassava. 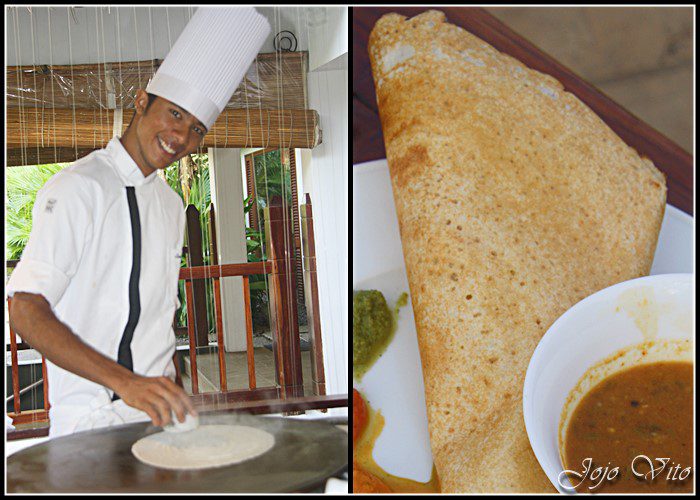 Indian Food: Dosa is a fermented crepe made from rice batter and black lentils.It is usually eaten with some chutneys. 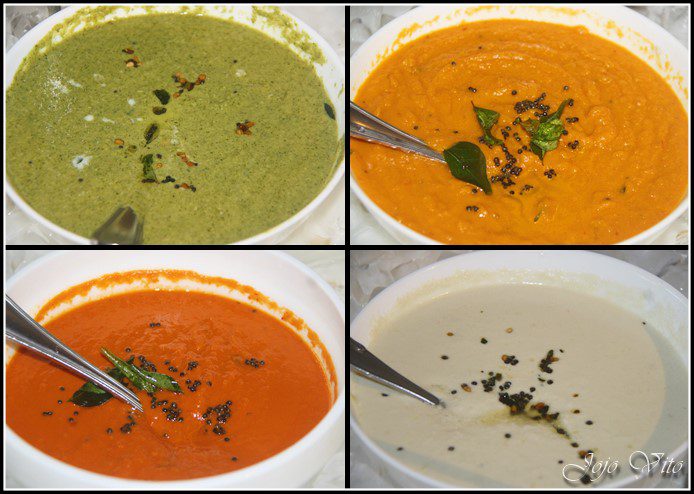 Chutney is a side dish in Kerala Cuisines and varries  from a tomato relish to a ground peanut garnish or a yoghurt, cucumber and mint dip.

Kerala was named after the coconut tree with “Kera” meaning Coconut tree and “Alam” meaning land so means “Land of Coconut Trees”. So it’s not surprising that almost all the dishes served in Hotels and resorts has coconut and spices. Most districts in Kerala are using coconut oil to cook their food. According to most chefs that I talked to, the coconut oil brings out the desired flavor they want from the dish. Because of the abundance of coconut in Kerala, coconut meat (sliced or grated), coconut cream and coconut milk are widely used in dishes for thickening and flavoring. 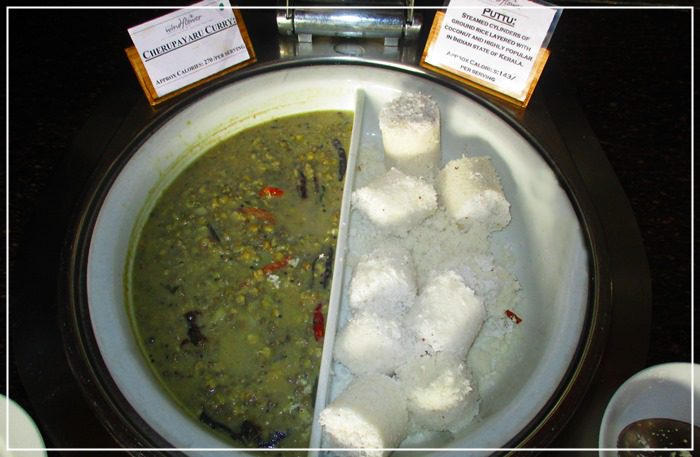 L-R: Cherupayar(green gram) curry is an age old traditional curry that pairs perfectly with puttu. Puttu  is a   Kerala breakfast dish of steamed cylinders of ground rice layered with coconut.

Kerala is also known as the “Land of Spices”. As a matter of fact, they traded spices with Europe as well as with many ancient civilizations with the oldest historical records of the Sumerians from 3000 BCE. Hence, when going to the place, one must expect a lot (or shall I say almost all) of spicy food. 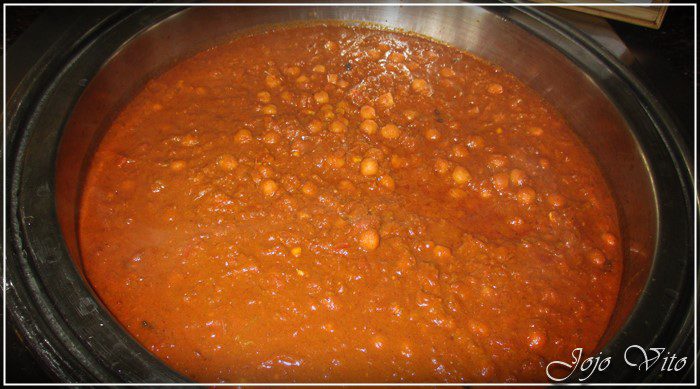 Indian Food: Chana masala, also known as chole masala  is a popular spicy dish in India with chickpeas as the main ingredient. 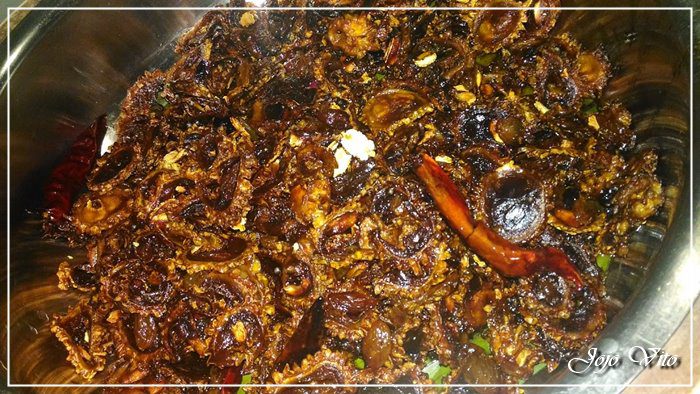 Indian Food:  The Karela Kaju Kishmish.  This dish is made of  bitter gourd cooked with cashew nuts and spices.

Almost all dishes that I tried in Kerala were bursting with spices characterized by a sharp pungent smell. But I have also noticed that in some hotels who caters to International guests, the level of spices being used in their food were toned down. But then again, for people who are used to strong spices their concept of a mild spicy food is still very strong when tried by others who are not used to spices especially the western people. This was the reason why each time the food attendant or waiter would say “not spicy”…. It would still be best, to try the food. Their concept of “non-spicy” could still explode in one’s mouth. 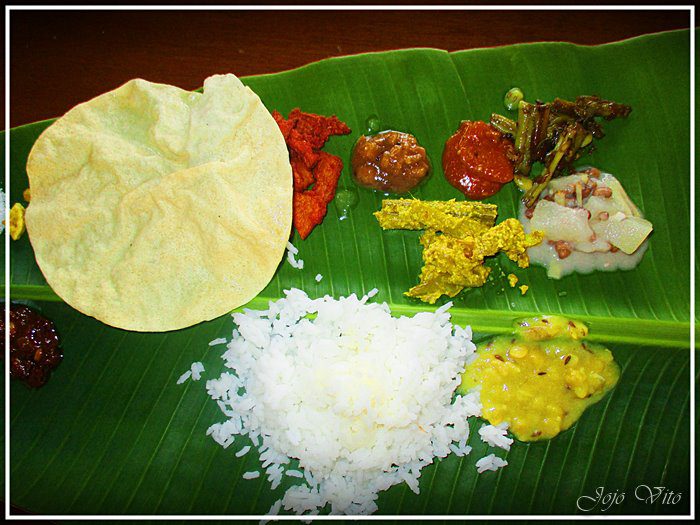 For the experience, I recommend that one must try the traditional Sadhya feast. It is a variety of pure vegetarian dishes traditionally served on a banana leaf in Kerala, India. I created a separate article on this feast. Please click here. The Traditional Sadhya

Don’t’ be afraid that you cannot eat anything when you visit Kerala should you dislike spicy food. Through the years, Kerala Cuisines has evolved and somehow they cater to their guest’s preferences without losing an Indian touch. They also have some food which are spicy but does not evoke a strong smell of the spices. In my case, for example, I like hot and spicy food as we are also using chilis in our home, but I don’t like much the strong smell of the spices.
I remember on our last day in Kerala, along with other 3 bloggers we decided to explore on our own The City of Kochi and try their food. We decided to buy from fresh catch and an eatery cooked it for us. The food was simply amazing and not very expensive too. If I remember it right each of us just spent around 450 Indian Rupee  including our drinks. 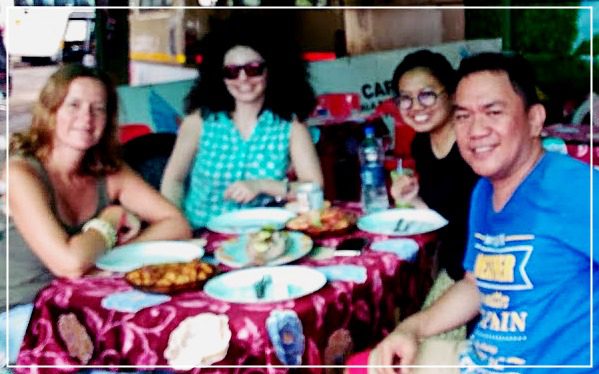 INTERNATIONAL CUISINES
Some hotels and resorts also offer International dishes on their menu. Unfortunately, I didn’t have  picture of these except for some cakes and pastries. 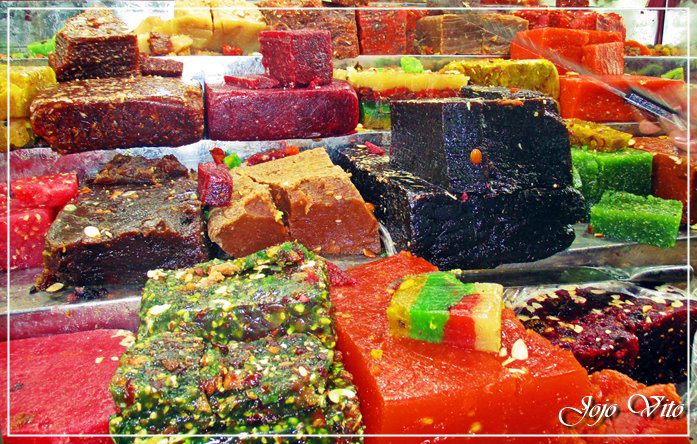 Halva or Halwa. A dense, sweet, tahini based confections of Arabic origin. The halva is slightly gelatinous and made from grain flour, typically semolina. The primary ingredients are clarified butter, flour, and sugar. Some variants of Halva includes other ingredients such as sunflower seeds, nut varieties, beans, lentils, and vegetables such as carrots, pumpkins, yams and squash.

Due to my fascination of the Halva, I bought a kilo of this dessert in various flavors. This dessert must be stored at a room temperature with little risk of spoilage.

Indian Food:  Ada Pradhaman and Pasayam are both  classic desserts in Kerala