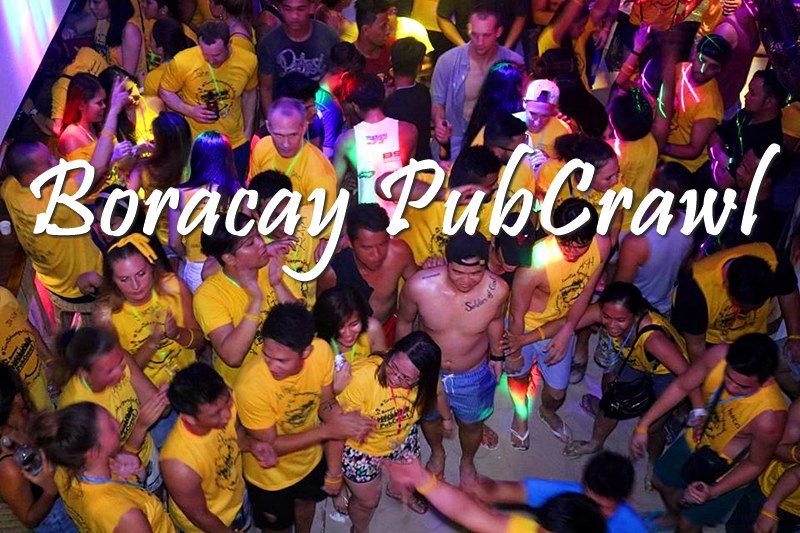 Have you tried the Boracay PubCrawl?

Filipinos are not a stranger when it comes to beverage drinking. We have, after all, been well-introduced to alcoholic drinks since time immemorial and had been a favorite past-time for certain people who chose to unwind after a day of hard work.

But ask any drinking Pinoy if he knows about “pub crawl” and what you might probably get is a person scratching his noggin, wondering off the top of his head, what the term even meant—Pub crawling, in a sense, is obscure among the locals who are mostly used to drinking with buddies at exactly one same place and had the sensibility to call it quits.

Yet, what exactly is a “pub crawl” and what makes it become a resonating trend among partygoers in the country? 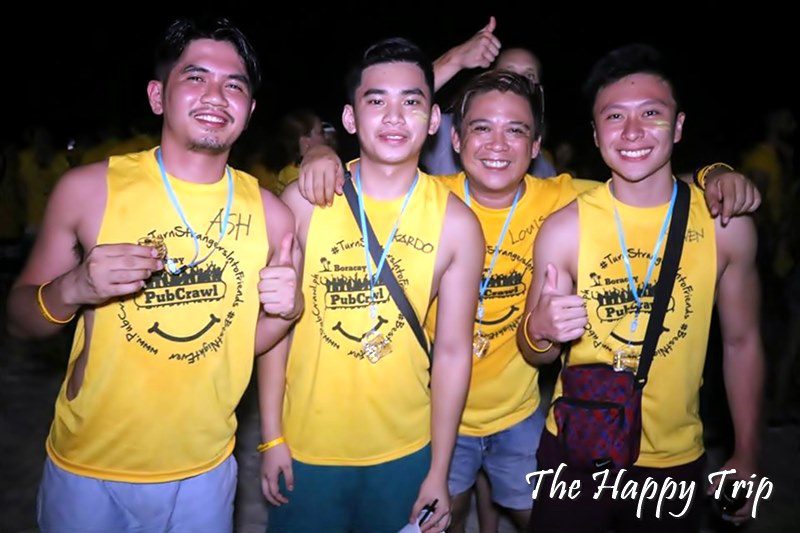 What better place to find the answer to this question than to look into the place to which the practice is practically embedded in their culture? From much of the Western hemisphere countries, including the United States.

Pub crawl essentially, as what Merriam-Webster dictionary would describe it, is “a round of visits to a number of bars in succession” or “a visit to several pubs, one after the other, having a drink or drinks at each one,” according to the Cambridge dictionary.

If you are keen enough to find commonality between two definitions, it is not that hard to spot the key notes “multiple pubs” and “drinking” between the two which connote a practice uncommon to the average Pinoy drinker as previously described. 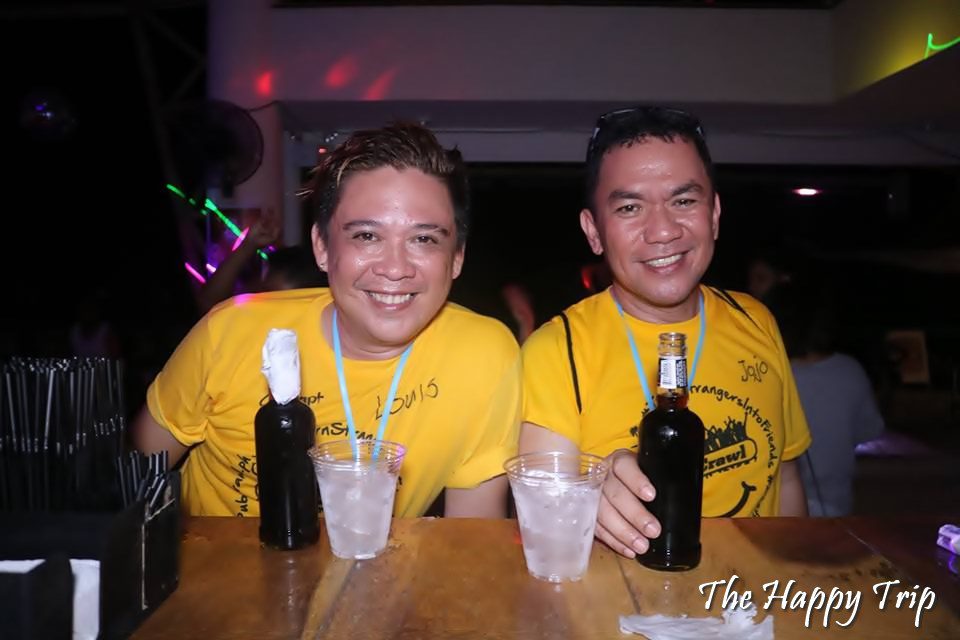 But as open-minded—and somewhat Westernized—as we are, it hardly comes as a surprise that the practice commonly known from Western countries has already encroached a country situated farther to the East.

Call it a Western culture invasion or simply a habit worth patronizing but bar-hopping has become a thing in the country, it even literally became a booming business known for the same name—Specifically, in this tiny island just 2 Km away from the northwest tip of Panay, it’s Boracay PubCrawl.

Founded by a person who himself was hailed from Europe—specifically, Germany—Boracay PubCrawl is fundamentally the exact same thing of what you would get if ever you are an expat in that side of the world, only in line with business.

“Turn strangers into friends”, goes the tagline of this famous must-do activity in Boracay.  Apart from moving from one pub to another with the intent of enjoying the wild night with drinks, this business-centric pub crawl experience is also meant for individuals to meet new people just for the fun of it all. 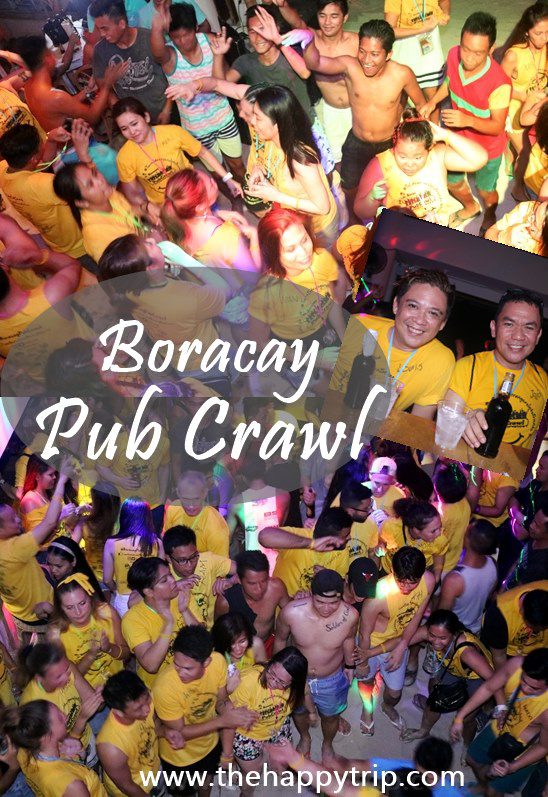 WHAT HAPPENS DURING THE PUBCRAWL?

The moment you register, you will be given the PubCrawl’s iconic yellow shirt and a scissor. A scissor? Yes, you can express your individuality by making some alteration on your shirt.

You will also be given a yellow baller and a shot glass with a cord that you can simply hang around your neck while enjoying the party. Yes, the Boracay  PubCrawl will be giving you 5 shots of drinks (even more actually) and 5 from the bars you will be visiting.

WHAT MAKES THE PUBCRAWL REALLY FUN

It’s the people joining the event! Free-spirited individual indulged in this all fun activity leaving all their hesitations behind.You will go crazy seeing people having fun and dancing all night to their heart’s desire.

Of course, somebody has to set the mood. And that’s the job of their Captains who are bringing and stirring the party spirit of the entire group.

If you are aiming to build your network via your will be bar tour mates, Boracay Pub Crawl may or may not be it. But, who knows? Maybe your next big gig may be among the people you would encounter in it.

However, one thing is for sure of what this happening is about essentially—Just fun.

Yet, perhaps the bottom line for what Boracay PubCrawl is that you do not have to travel across seas, specifically at anywhere on the Western side of the world, just to experience a spirit of camaraderie you know is not inherent in the country but done through other ways.

OTHER POPULAR  POSTS ON THIS SITE:

BOOKING A HOTEL IN BORACAY? ENTER BELOW