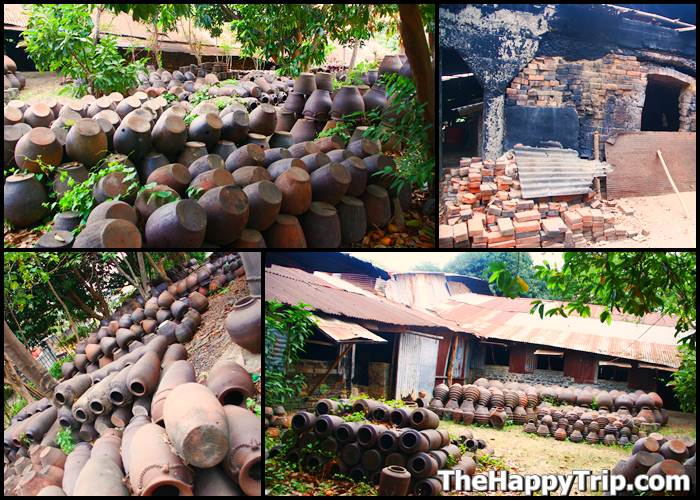 This post is still part of our Ilocos Travel Series.

After Baluarte, we have to rush to our last two destinations before our final stop and overnight stay at Calle Crisologo. Our last two stops were Hidden Garden and Pagburnayan.

Honestly, I was not that excited to visit the Hidden Garden. From the photos I’ve seen from other travelers, I was not really that impressed about the place. Nonetheless, our tour guide was excited about the destination,  so there we go.

Hidden Garden does not look exciting at the entrance. On the outside, the place looked like just an ordinary house in a Barrio. Upon entering, I noticed the photos of celebrities who have visited the garden in recent months. I was surprised by the size of the property when we were already there.  Inside the compound, you will find varieties of local and imported plants. The wooden bench welcomes passers-by to appreciate the area and just as the saying would go “take a time to smell the flowers”. The best way to enjoy any garden, of course, is to stroll along the paved walkway. 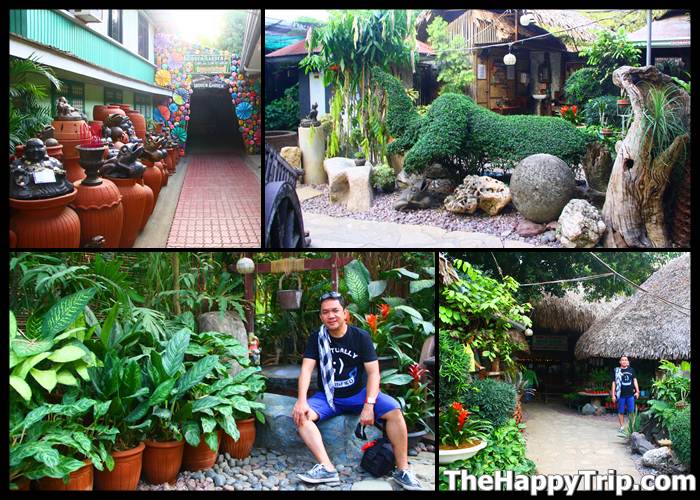 After our walk and photo op,  I saw a small cafe serving local dishes using ingredients fresh from the garden. From what I hear it’s slowly earning a reputation for serving some of the best versions of local dishes. We were tempted to eat, but our time won’t permit because we still have to rush to Pagburnayan before 5 PM.

The making of burnay is done with just the use of the potter’s skillful hands and the use of pottery wheel and kiln. Fine sand is used to temper the clay, which once fashioned into the desired shape is placed inside high-temperature dragon kilns made from brick and clay. Compared to terracotta, people say that the burnay is hardier. ( Secret Garden, Pagburnayan, Vigan City )

Earthen Jars would always come to my mind each time I heard of Vigan. That’s why I will never let this trip pass without passing by Pagburnayan.

I suppose jars made from Vigan are much sought-after by foreign and local visitors. This earthenware is called burnay. The industry that has grown from the making of burnay dates back to pre-colonial times when immigrants from China came to settle in Vigan in 1572. These Chinese artisans, who built this industry relied on the locals of Vigan for their clay and labor.

The industry of making burnays prosper in 1890 when Pedro Go, a Chinese settler from Chinkang, in Fukien, Mainland China set-upped his camarin (jar factory) along what is now known as Rivero Street in Brgy. VIII. Later on around 1916, Ongkai Go, son of Pedro Go’s brother, came to the Philippines and worked with him, however, Ongkai went back to China to get married when he was 18 years old.

Today, there are three (3) “burnay” factories remained in Vigan:  RG Jar Factory, Ruby Pottery, and NP Jar Factory. We were brought by our guide to RG Jar Factory where we were shown on how these earthenwares are being made. Of course, we tried it ourselves too. Having our hands messed with clay made the experience even more meaningful. I have to give a few bucks to the one who demonstrated how the jars are being made In appreciation for his time and for telling us the story of course. 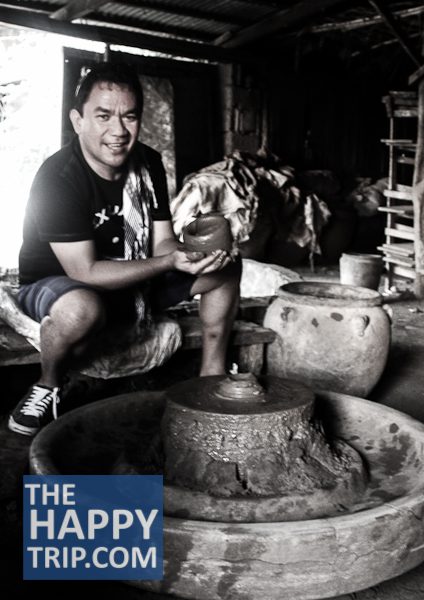 Its earlier use was for tea drinking and a container for salt, brown sugar, water, local wine (basi) and bagoong (fermented fish). It is even said that basi and bagoong taste much better when stored inside burnays. ( Secret Garden, Pagburnayan, Vigan City )

Large “burnay” clay jars are being used by locales for fermentation of  “basi” (sugarcane wine) and “bagoong” (fish paste). The craft was introduced to the region by a Chinese artisan.

I was amazed by the 50m-long dragon kilns which are 100 yrs old. The caretaker said that it takes seven full-grown trees to fire up the kiln( I suppose they don’t really cut the tree to do this), which happens about once a month.

Miniature versions of the jars are also made in abundance because they have become a favorite souvenir item of foreign and local tourists. Of course, I brought home just a few pieces of small jars as a souvenir, but just a reminder these jars are not allowed as hand-carried items in the plane.  A visit to Pagburnayan,   is a must-see attraction, surely a HAPPY TRIP experience.

Read the rest of our trip by clicking the links below: