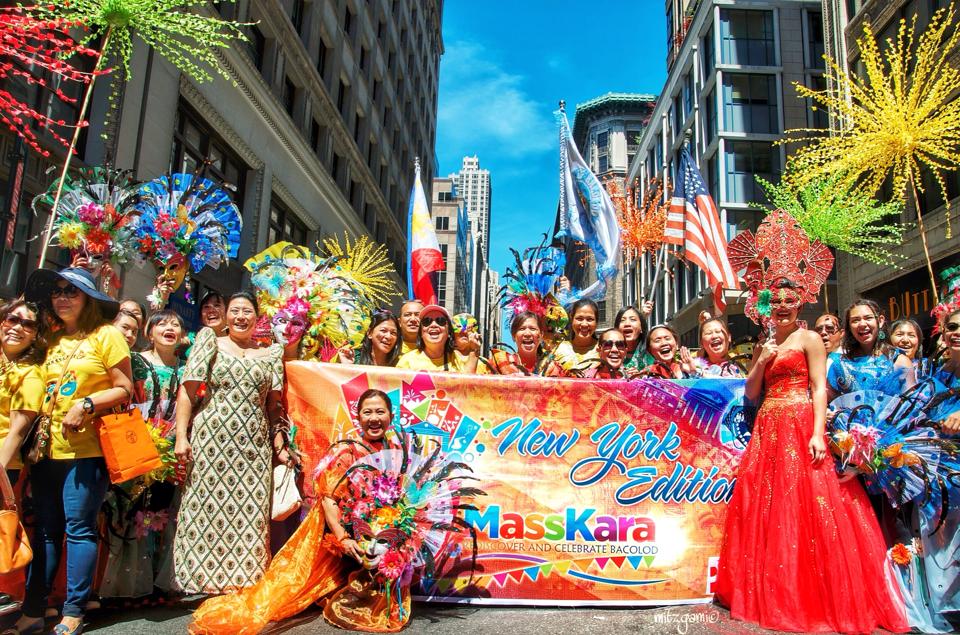 BACOLOD MASSKARA NEW YORK EDITION TEAM The Bacolod MassKara NY Edition, the brainchild of Nestor and Imelda Gargarita are expatriate group of Greater New York residents who hail from the province of Negros Occidental . The group used their own resources just to stage a great performance which made them won for 3 consecutive years. It is great to note that the dancers despite their busy schedules would only meet on schedule to practice. 2014

LUPAD BACOLOD” Bacolod Masskara New York Edition had wowed the crowd when they danced  to the tune of Lupad Bacolod. ABS CBN commissioned novelty song writer Lito Camo way back  in 2004 to write “Lupad Bacolod” which was intended for the MassKara Festival .

MASKS AND COSTUMES The Masks and costume for this year are inspired by a “butterfly” to go with the music “Lupad Bacolod”. The mask with floral and butterfly ornaments were accentuated by a light tulle headdress . Capiz shells were added on the costume to showcase the rich natural resources Negros Occidental has. Masks, Costumes, and headdresses of the muses were designed and executed by Jojo Vito Designs Gallery.