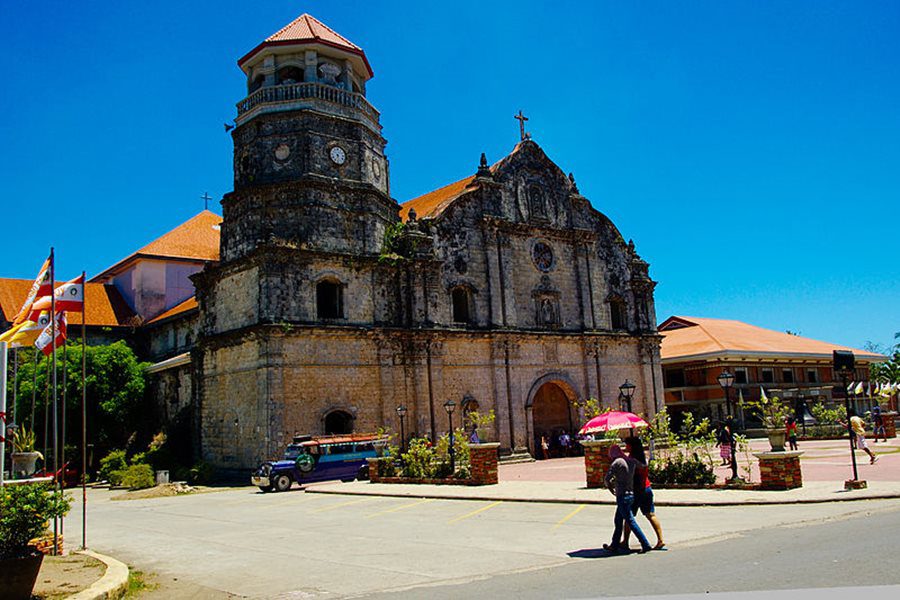 The History of the Church

You may see the Citadel that measures up to 70 meters long and 25 meters wide by 18 meters high in which the structure is made of sandstone. That Latin cross pattern, a large central platform, and the four sides has elegantly ornamented with hardwood covered of gold and an assortment of polychrome figures of great artistic quality.

The main altar was designed with baroque ornament setting in silver while the retablos, bass relief, and religious portraits were made by the town’s greatest sculptor Jose Bergamo or Sarhento Itak. The Church was established and completed in the year 1771.

The exterior of the church has elaborated simply with pillars and horizontal sills life-size figures of Augustinian Saint Thomas de Villanova and Monica verged in a place.

Dakong Lingganay or Big bell measures 7 feet in diameter, 5 feet in height and weighs 10,400 kilograms. It was cast by Don Juan Reina who lives in JM Basa St, Iloilo City and established his blacksmith and casting shop. Fr. Jose Beloso sent him when the belfry was constructed. That Belfry was the house of the big bell came from the donation of 70 sack coins collected from the town residents.

When the bell has tried during the Angelus, it was too loud that can reach the sound in a nearby town but suddenly cracked after a month. The sound has more described like a frying pan and not a bell. Don Juan refused from the request of the priest to repair the bell for free. Fr. Beloso pleased Bishop Cuartero after the intense argument with the blacksmith to send a circular in all priests of the island keeping out them to transact any job to Don Juan.

The story is not yet the end for in a very strange manner, the deadlock has been broken. That time Bishop Cuartero have long sleepless nights because of his continuing toothache. The only dentist who could help him is Don Juan, the blacksmith.

He was later requested by the Bishop to have the tooth pulled out. It was a great opportunity for the blacksmith to ask for any job as bell caster. After pulling the tooth and went out, the blacksmith found no longer difficult on searching for a job.

In the year 1874 dated on March 5, the roof was destroyed from the typhoon and another typhoon experienced in the year 1875 that made it collapsed the transept. However, in the year 1985, by the time of Fr. Lesmes Perez, it was repaired but the destroyed convent was never been rebuilt.

One of the well-known examples of Filipino Colonial Baroque style blended with neo-classic influence is the Citadel. The imposed cover-up is enormous and solid in appearance adding up the blend of its lines and the volume. The paired pilasters with narrow groves placed between the divided façade to rectangular shaped which elegantly portrayed the Augustinian symbol. In the second level, the baroque style and a rose window made by a respite statue at the center of the pediment placed above. It was impressively projected architrave and the curvilinear induration of the pediment by its pilaster’s vertical movement rhythm.

The open spaces found in entrance and windows form a scenic view of shadow and light. At the topmost part of the church found the finials shaped as pineapple added to its bizarre color and glamorous look. The Church has excellently blended by neoclassic look with baroque style influences.

The Biggest Bell in Southeast Asia

Yes, the biggest bell in Southeast Asia is found in this church.

The inscription of the bells says:

I am God’s voice which I shall echo and praise from one end to the other of the town of Panay, so that the faithful followers of Christ may come to this house of God to receive heavenly graces.

The other bell says: 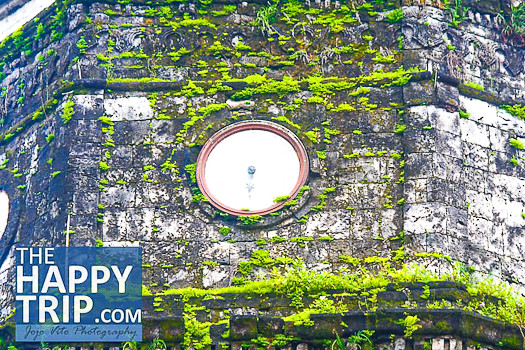 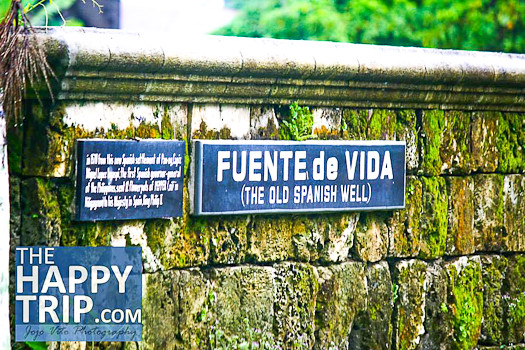 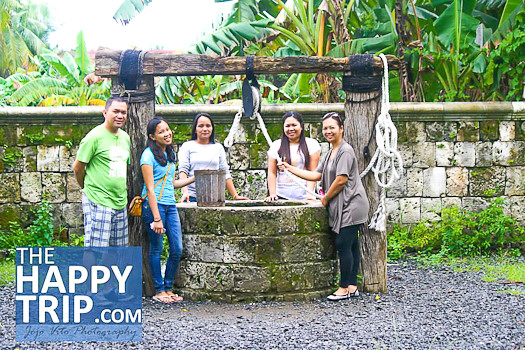 How to Get there:

Roxas CCity takes45 minutes by plane and 16 hours by boat from Manila and it takes 2 hours from Ilo-Ilo and 3 and half hours from Caticlan. 4 hours by Ro-Ro (roll on – roll off) from Manila if you wish to travel by bus. Then another 20 minutes travel by land transport from Roxas City to Panay where you can see the Sta Monica Parish Church.