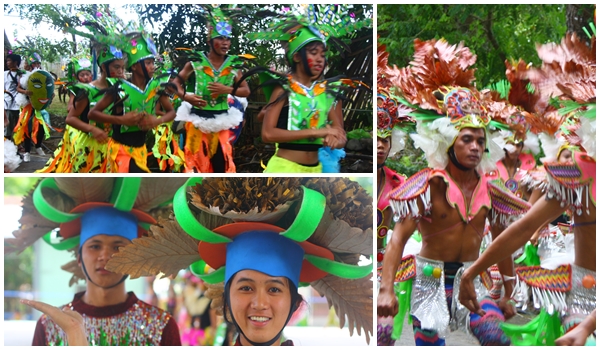 When I was still active in Mountain Biking, I just considered Brgy. Alangilan as a biker’s stop over/refuge. This is the place where we stop with my fellow bikers to have a breakfast; drink coffee or enjoy a fresh coco juice. There’s a small eatery in the place which cooked fresh vegetables, organic chicken tinola and some “kakanins”. Their price were very cheap also as the ingredients that they used simply came from their garden. 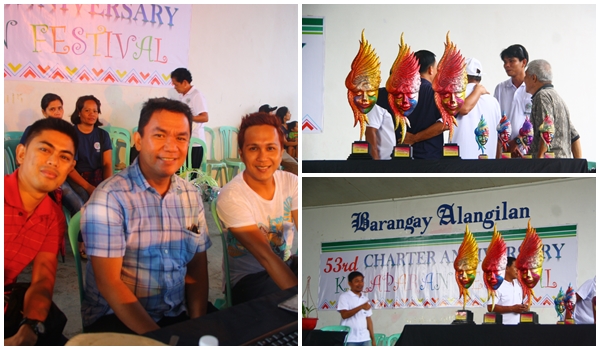 With my fellow judges and trophies from Jojo Vito Designs Gallery

Recently, I was invited in the place to be one of the judges in their recently concluded Kalaparan Festival. I cannot refuse the invitation because my shop, the Jojo Vito Designs Gallery was the one who did their trophies for the festival.
The Street Dance competition was the highlight of the festival. I was chosen as the chairman of the board of judges. We started judging the costume and the headdress. Then we proceeded to the street to judge their performances and went back to the auditorium to judge their arena performances. Well, that was physically draining I should say. But I can’t help but to simply enjoy because the crowd was really enthusiastic despite the heavy rain which poured when the arena dance competition started.

History of the Place:
Brgy Alangilan started as a Sitio of Brgy. Granada, Bacolod City in the year 1938. The place was called then Sitio Calaparan until 1962 where its was converted into a Barangay and was name Brgy Alangilan.The name was derived from Ilang-ilang, a scented flowering tree which was abundant in the area.
Brgy . Alangilan is a rich source of potable water because it has various springs and rivers. In fact in 1999 Bacolod City branded the place as the Land of Springs.
Today, Brgy. Alangilan is being called as the” vegetables bowl” of Bacolod City. It also started to establish a name in game fowl breeding.

How to get there: