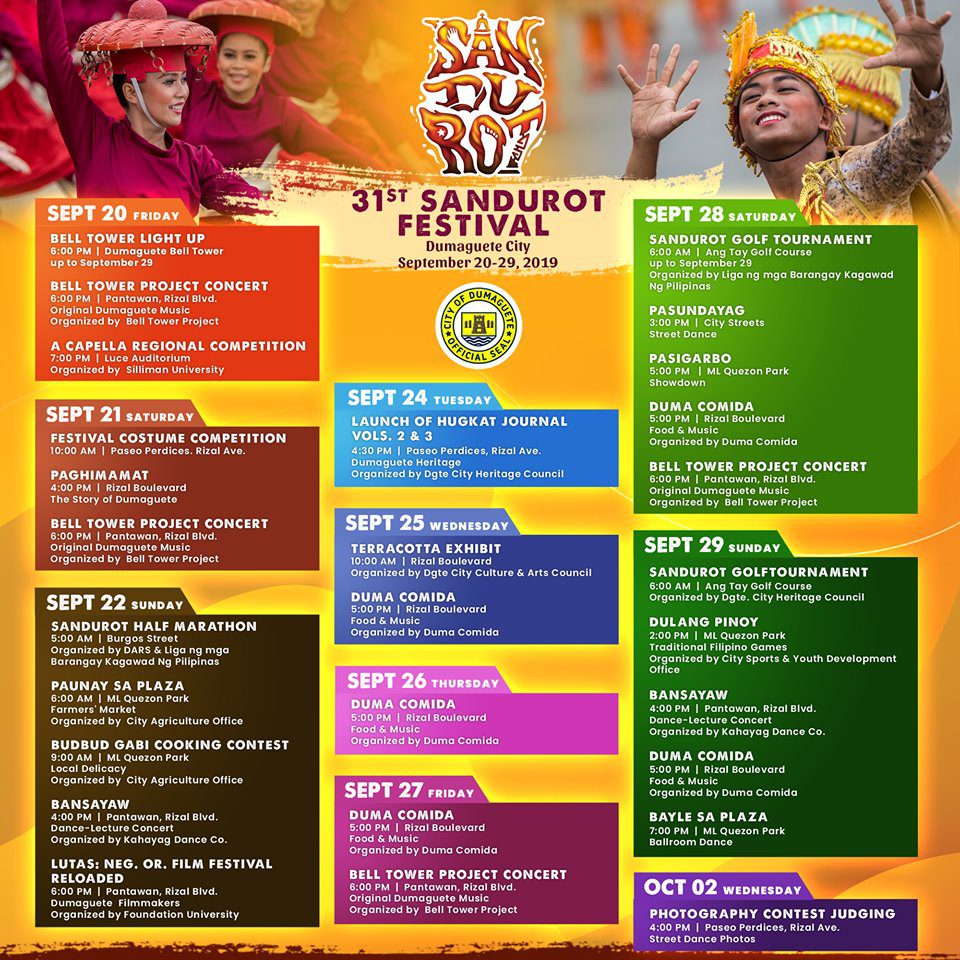 Have you witnessed the Sandurot Festival? For some who have not heard yet of this event, this is the annual fiesta of Dumaguete City. The festivity is now held every September (formerly celebrated every November) of each year with various colorful events highlighting the celebration. 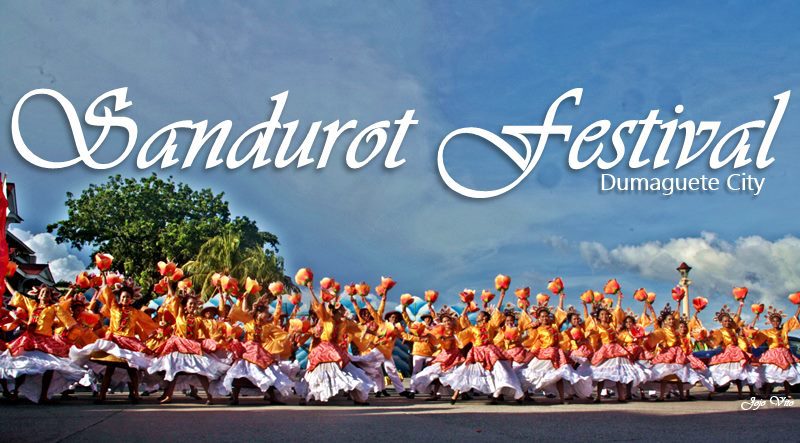 For many years, The Happy Trip had been planning to see the festival, yet it was never pushed through due to some conflicting travel schedules. 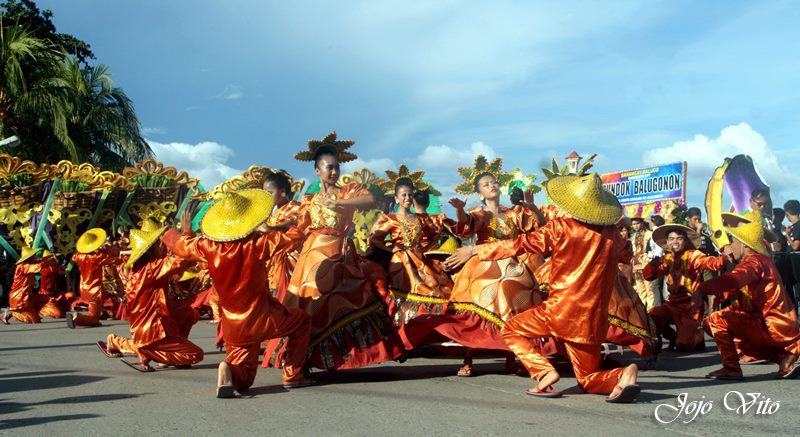 For this year, we were given more reasons to prioritize attending the celebration because the Jojo Vito Designs Gallery was favored to be doing their festival trophies. Instead of only sending the cups, we chose to deliver it personally.

Dumaguete City is just a few hours drive from Bacolod City. We left Bacolod City at 3 am last Saturday and arrived in Dumaguete City at 8 am. I was not able to sleep, the whole night, because before we left Bacolod, I was so busy filling in some of my blog posts in my other weblog sites. While on the way, I also remained awake because while it was my brother driving we need to put up a conversation to keep him awake all the time (the obsessive-compulsive tendency in me, Lol). 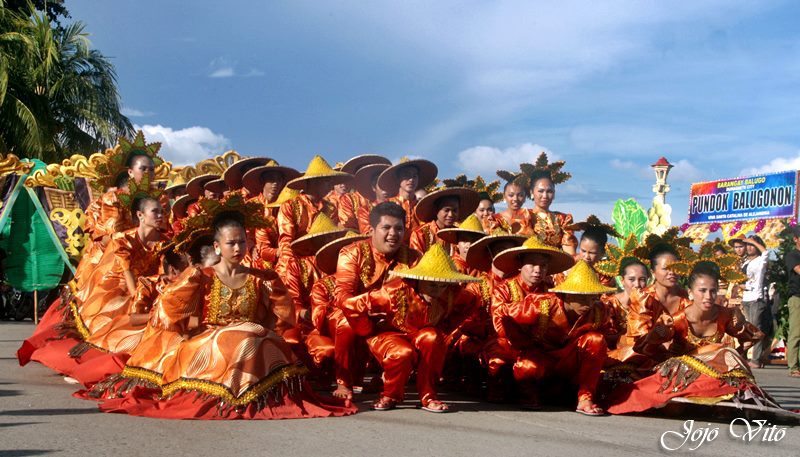 The moment we arrived in the city, we look for a place to have our morning meal. After having our breakfast, we delivered the trophies to the City Tourism Office located right just at the park in the city and right in front of the Dumaguete City Hall. After the delivery, we went straight to C & L Bayview Hotel wherein the city tourism graciously hosted us. The hotel is right beside the City Hall and just a few walks away from the Boulevard (Rizal Boulevard), a celebrated landmark of Dumaguete.

After checking in, we took a nap right away as we were all very sleepy because of early travel. I also decided not having my lunch in exchange for a few more hours of sleep. That was around 2:45 PM when I started to hear drum beats. I knew that that was already the signal of the start of the street dance competition of the Sandurot Festival. 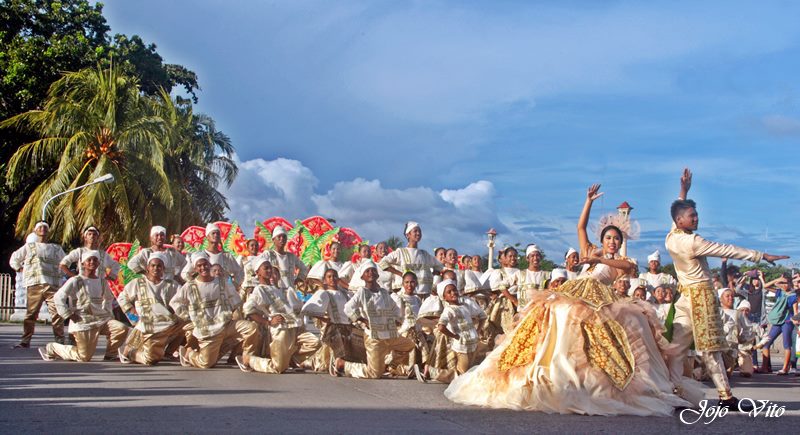 Immediately, we prepared and walked straight to the Boulevard, where the parade will be starting. The minute we arrived at the Boulevard I quickly take off taking pictures of the event. 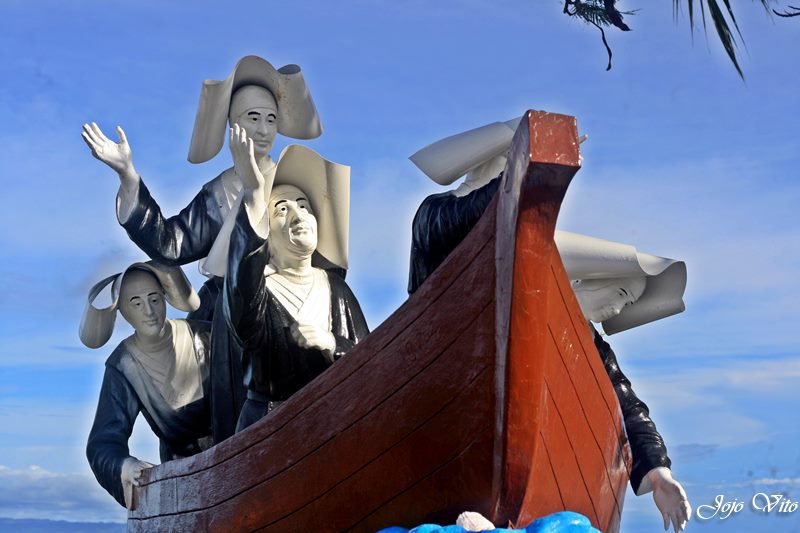 The St. Paul Chartres Monument showing nuns riding a wooden boat on rough waters reminds the new generation of Dumaguete and it’s guests of the arrival 100 years ago of French sisters 1oo years ago. This institution is now known for education and community service work.

As I keep on walking along the Boulevard to catch other contingents who were already on the Frontline, I passed by the life-size monument of nuns riding a wooden boat. The monument marks the arrival of St. Paul of Chartres nuns 100 years ago. The monument marker states that the French sisters led by Mother Marthe de St. Paul Legendre landed in the Philippines in 1904 from Vietnam. The story of these nuns is also illustrated in the contingent’s dance-drama presentation.

As I go along, I arrived at the point of the Baywalk wherein Siliman University is situated. At that position, all contingents stopped for a short public performance. Just like in most festivals wherein I was invited as a blogger or to become one of the judges, taking pictures of the street performances was quite challenging because you need to get to a perfect spot to get photos with a good background.

The structure at the left is a portion of Siliman University, established in 1901and one of the oldest educational institution in the country.

But not at the Boulevard. The location was perfect because you have the sea on one side as a beautiful background and the Siliman University from one angle as another excellent background for the subject. The iconic Siliman University being one of the most significant structures in the city is the first American university established in the country and the whole continent of Asia.

After the street performances, the contingents proceeded to the park for their arena competition. I opted not to go at the showdown as I felt a bit dizzy at that time. Perhaps due to the heat or possibly because I don’t have enough rest for some days already.

Experiencing the beautiful 2016 Sandurot Festival made me realize that this festival must be included in my travel schedules every year. 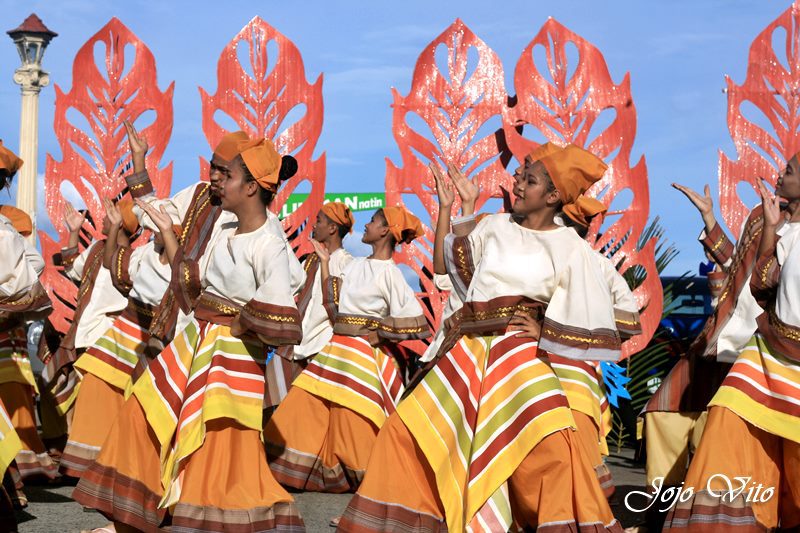 Noticeable elements at the sandurot festival are the use of natural materials and muted colors in the costume of the performers. Costumes were mostly in brown and off white with accents of muted red and other complementary colors. Some golden and glittery accents were observed, maybe to make the costume a bit exciting. Certainly, no neon colors were seen in any contingents’ costume and props.

Sandurot is a derivative from the Visayan word “pakig-sandurot” which means “fellowship and reaching out”. The festival celebrates the rich culture and history of the place way back the pre-Hispanic era with the arrivals of people from various countries, including Japan, China, and Spain which contributed to the diverse community that is Dumaguete today. 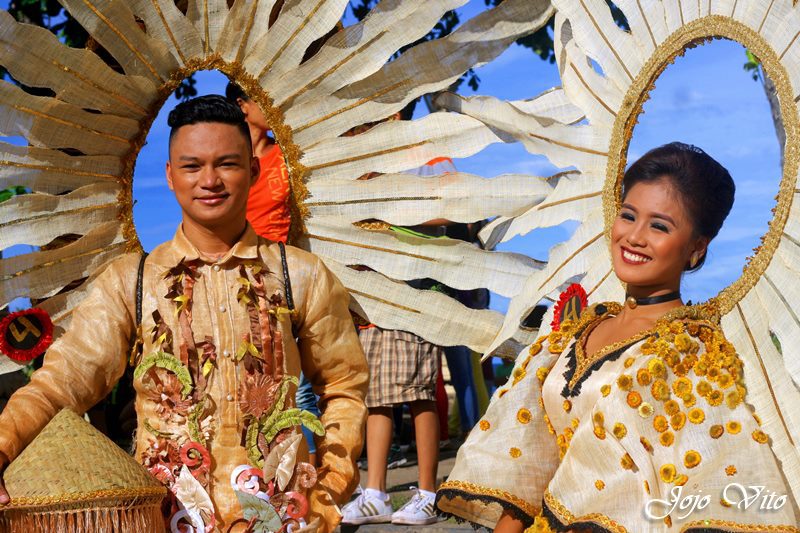 Each contingent has contestants for Mr. and Miss Sandurot Festival an award given apart from the Miss Dumaguete title. Judging the appearances of the contestants, one can clearly see why Dumaguete is known as the City of the Gentle People. 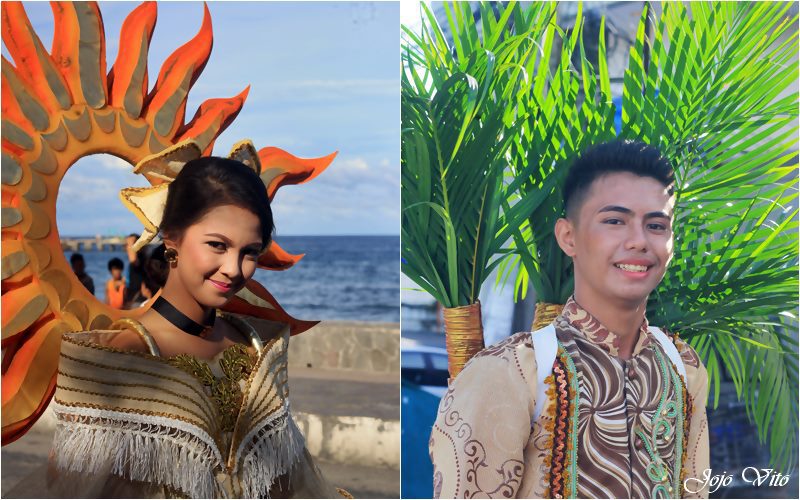 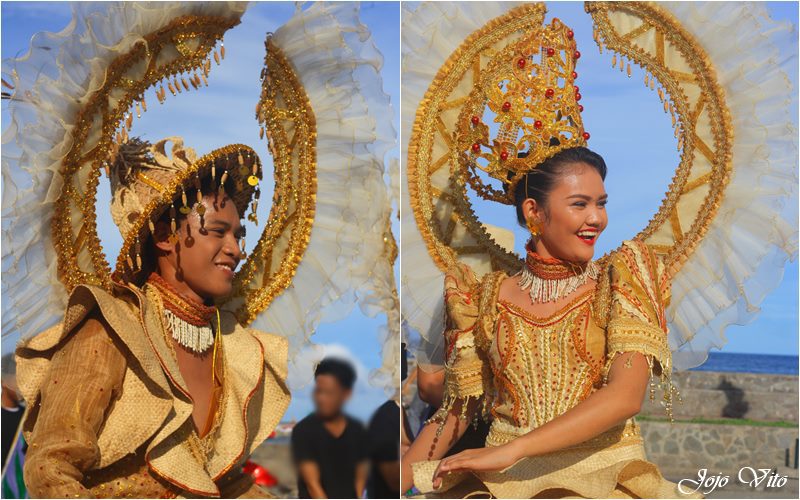 WHERE TO STAY IN DUMAGUETE DURING SANDUROT FESTIVAL

Dumaguete City has a wide array of hotels and inns waiting to serve its guests. For more information, read our List of Hotels and Resorts in Dumaguete City

We recommend that you read some of our previews posts of our escapades in Dumaguete City.

Dumaguete City has its airport which is being serviced by various airlines daily. The place can also be easily accessed by boat and bus from other neighboring provinces.