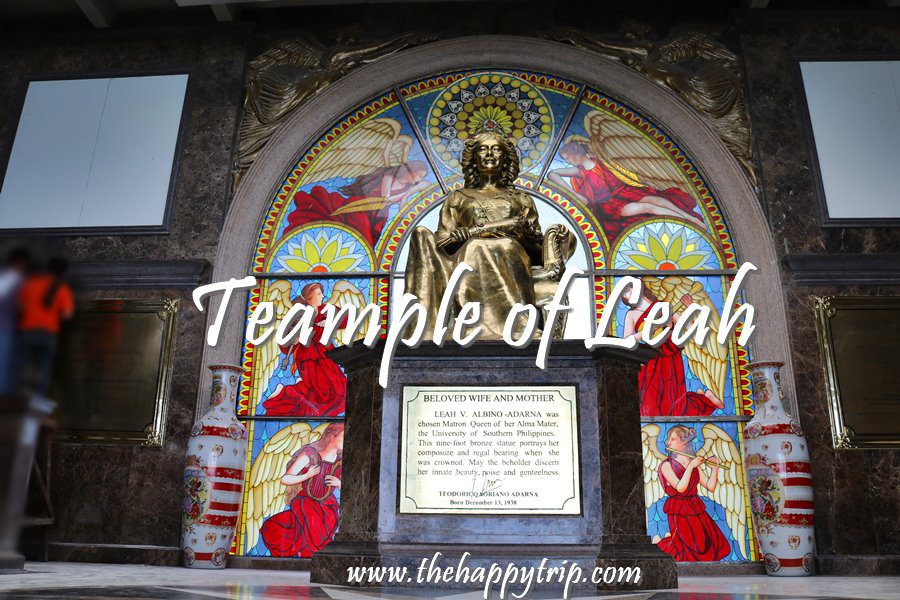 Temple of Leah: A Miniaturized Taj Mahal in Cebu City?

Stories of love take on many forms. While some can commemorate the mysterious phenomenon through still or moving images, others take their passion to a higher level as to immortalize it with a construct that lasts through many generations.

All around the world, there are plenty of renditions that seem to depict a heartwarming tale of one’s passion towards a loved one, whether through lost or just out of undying affection.

New York City, there is the Boldt Castle at the Heart Island which did not see completion resulting from the untimely demise of its intended recipient.
England has the Dobroyd Castle which tells a story of unrequited love between a man and a woman separated by a distance; Malaysia has the unfinished Kellie’s Castle which was made out of a person’s longing for his family abroad. 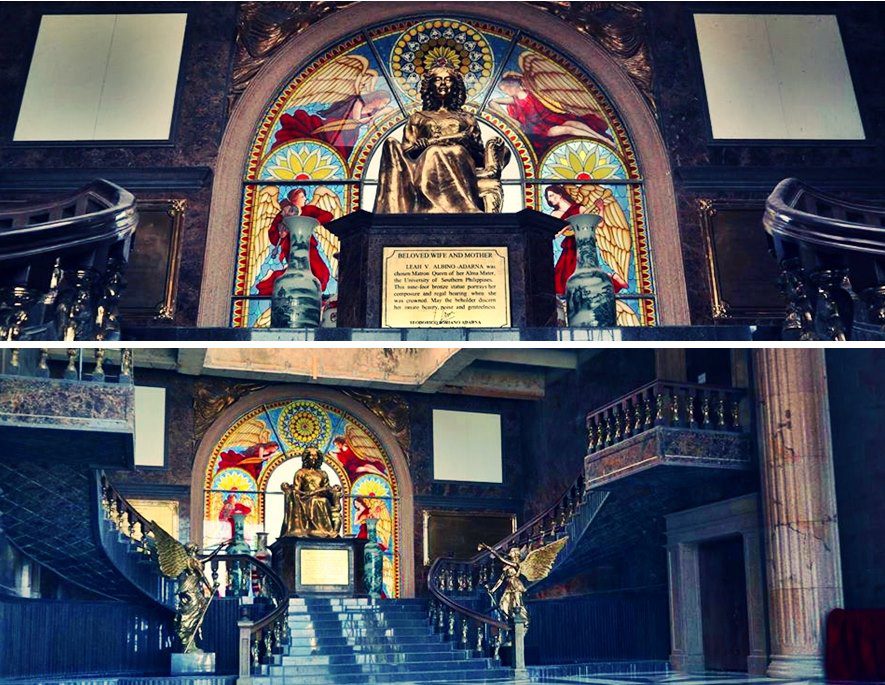 Then, there is Arizona which has the “Mystery Castle,” a structure-borne from one person’s love to his daughter and wife, knowing of his impending demise.

Florida has the Coral Castle which is a single man’s nightly construct invoked by unconditional love and grief; and Thailand has the Prasat Hin Pimai, a construct that depicts a tragic story of loss and rediscovered loved through a belief in reincarnation.

Lastly, India has the famous Taj Mahal which tells of a story of genuine love, made vast and grand by its makeup.

Unbeknown to many, there is another building yet to be added to this list, seemingly poised in embodying the motif of love—the so-called “Temple of Leah” in Cebu, Philippines.

Borne from Teodorico Soriano Adarna’s never-ending love to his recently deceased wife and life partner of 53 years, Leah Albino-Adarna, the Temple of Leah exhibits a Romanesque construct through the showcase of figures and design, yet was spiritually inspired from India’s Taj Mahal.

Initially started in 2012, the Temple of Leah is slated for completion in 2020 which, if finished, would be subdivided into 24 chambers, housing tourist-worthy attractions such as a museum, art gallery, library, bars, etc. 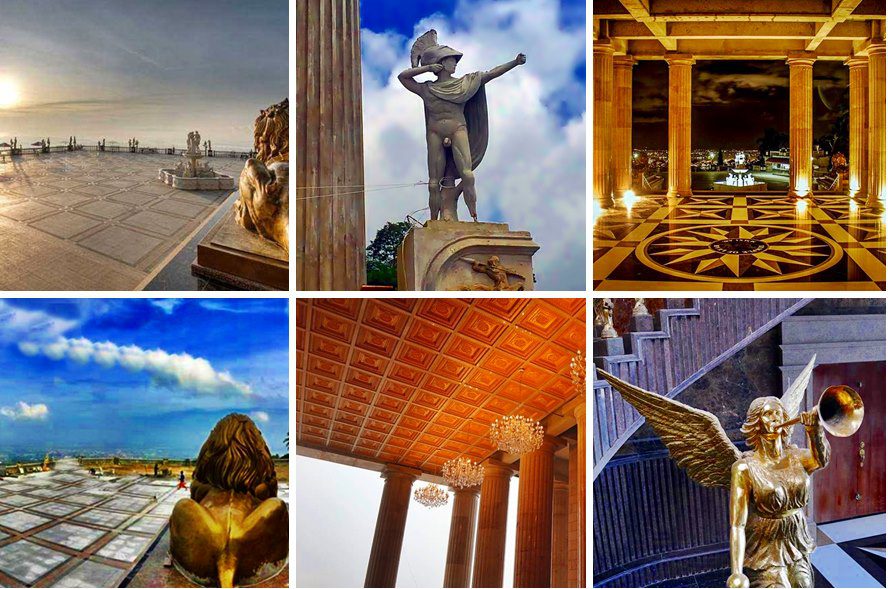 But what is a “temple” without a central figure to its making?

The Temple of Leah, Cebu, adhering to a time when the Romans build sanctuaries for their deities, puts Leah herself at the center stage as the 10-foot effigy of the building, while nothing religious in an undertone.

Attached on the commemorative plaque of Temple of Leah is Teodorico Soriano Adarna’s best representation of her wife in words which states:

“Beloved Wife and Mother: Leah V. Albino-Adarna was chosen Matron Queen of her Alma Mater the University of Southern Philippines. This bronze statue portrayed her composure and regal bearing when she was crowned. May the beholder discern her innate beauty, poise, and gentleness.” 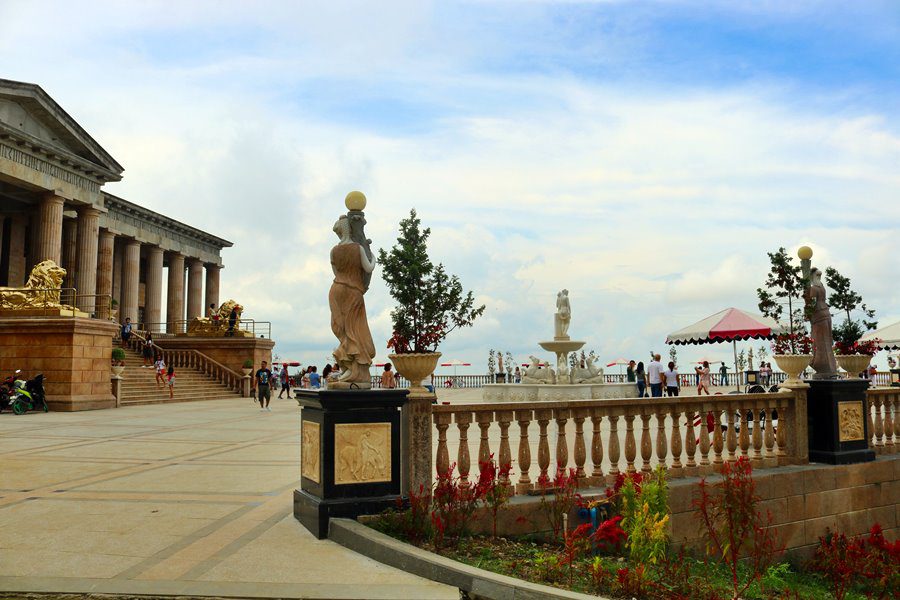 Although still going through active construction, the Temple of Leah is already open for the public starting from 6 in the morning until 11 in the evening and comes with an entrance fee of P50.

How to Go to the Temple of Leah, Cebu City

If you are coming from the downtown area of Cebu City, you can take the (Lahug-Busay ) Jeepney with the code of 04D, 04I, or 04H. Inform the driver that you are going to the Temple of Leah and he will drop you to the street where you will need to have a few minutes walks to the place.

If you are traveling alone or with a friend, you can also charter a habal-habal from Lahug or at the JY Mall, and it will bring you straight to the Temple of Leah. If you want a faster and more comfortable ride, you can grab a taxi going to the place. 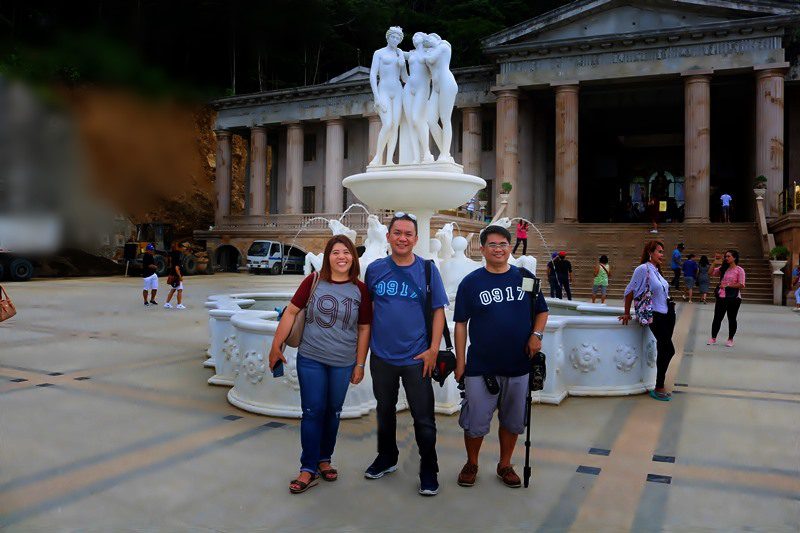 at the Temple of Leah Cebu City