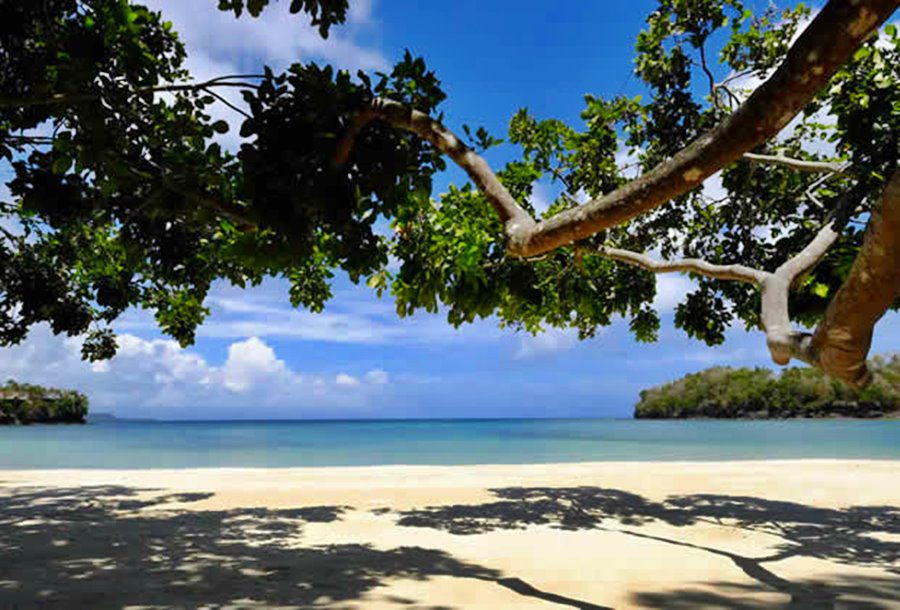 Dapitan City: From Pre-Colonial Era to the Present

The history of Dapitan City, a thriving city in Zamboanga Del Norte, dates back before the Spaniards colonized the Philippines. With annals going as far back as the time when the land is mostly lived by the indigenous and nomadic people, that is the Subanen, which saw their migration to the hinterlands and the entry of other tribes, Dapitan is the classic example of an everchanging place, shaped by the events that took place in it.

Yet, what point in Philippine history is Dapitan City more significant than at a time when a person deemed the country’s national hero once lived as an exile in it?

That person is no other than the polyglot and polymath whose influence is known across the globe and whose name is shortened simply as Jose P. Rizal.

Born and raised in Luzon, particularly in Calamba, Laguna, Rizal’s being in Dapitan is that of a captive prisoner resulting from treason against the Spanish government who, at the time, was at its tail end. But unlike the traditional prisoner who is locked behind bars, Rizal is that of a “free slave”—while technically in captivity, he was able to do things he wanted to do so long as it does not get in the way of the then-existing status quo.

As a result, some of Jose Rizal’s most significant aspect of his life was built from his remaining time in Dapitan which he considered as a second home. When not practicing his profession as a well-renowned ophthalmologist in his makeshift clinic in a hut—which subsequently resulted to him meeting his love interest and consequently, common-law wife, Josephine Bracken—Rizal spent his time and energy serving the community of Dapitan City as a teacher, an architect and engineer, an archaeologist, a farmer, a naturalist, and a farmer.

Rizal’s contribution, not just to the country, but to Talisay, Dapitan specifically is so poignant, what he left behind became an apt testament to an enduring legacy.

In preserving this inheritance, the hut that once was a humble clinic remains the same construction it is today as if though immutable to alterations. Not only does this epitomizes the life of a simple ophthalmologist—yet whose fame is renowned worldwide—but also the simplicity of life in the countryside.

Essentially a prisoner as an exile in Dapitan, a large hut he called his home is his personal “open prison” which, like his clinic, is also unchanged, essentially immortalizing the place that once housed an important individual.

As a champion, not just of the subjugated people, but also of knowledge, Rizal’s pursuance of the teacher role did not produce a school and a dormitory for his students. More importantly, he created thinking individuals, one of which bearing a mark in Philippine politics.

But, ultimately, as a writer which brought his own rise and fall, Dapitan is a place where a few of Rizal’s other most notable writing—Mi Retiro—and song—Himno a Talisay—are given life.

The Best Things to Do in Dapitan City | Tourist Spots

The place where Dr. Jose Rizal, the national hero of the country, came from is far beyond the historically based myths and stories. With its number of scenic attractions and landmarks to visit, I urge you to include this one in your must-visit place.

Fall in love with the beauty of the place by wandering around through a bicycle! The views that it will allow you to see along with the safe, fresh air that you could breathe as you do this activity is very refreshing and revitalizing at the same time. Just a reminder, wear something appropriate for the cycling adventure so that you won’t feel uncomfortable for the day.

Also known as the sunset boulevard, this place offers a scenic view of the sunset. The idea of watching the sunset is a must, not only the colors and the warmth of it is relaxing, but it also gives us something to hope and to look forward to. For in every sunset comes another sunrise. More so, after some viewing of the scene, you can also choose to take a walk near the shore and feel the cool water on your feet.

Of course, the very first thing which you can do in being in Dapitan City is getting to know the man behind the liberation of the country during the Spanish occupation. With such heroic deeds, who will not be interested in getting to know him? It was built back then by Rizal himself using bamboos and other local materials. If you wish to go to this tourist spot, admission is free!  There is also an available souvenir shop nearby, making it ideal to buy related products and goods.

Aside from the fact that Aliguay Island has the white fine powdery sand and clear turquoise water, there are also activities that one may try-out here. One of which is the diving opportunity. This will allow one to see the beauty of corals deep within and at the same time, take amazing photos from the diving cliff down underwater.

Yes, kids and kids at heart can both enjoy this Dapitan City Tourist Spot, the Gloria’s Fantasyland. All you have to do is head here, pay for the minimal admission fee, and you can already get to try the 35 exciting rides! Yes, this is indeed a fun activity.

Enjoy the beach at Sitio Guimputlan

A bit away from the city, Sitio Guimputlan allows the visitor to enjoy the scene of both the sunrise and the sunset. Also, fun games and activities are also possible such as playing volleyball on the shore, having sunbathing to get the perfect tan, and taking amazing photos. All in all, this place is a getaway from the busy city.

Adventure at its finest that is what the well-known Dakak Resort could offer to its visitors. With its variety of activities, one would surely feel extremely energetic to be adventurous. This resort/tourist spot offers a lot such as airsoft, banana boat ride, bungee jumping, fishing, horseback riding, jet-skiing, kayaking, rock and wall climbing, sailing, scuba diving, snorkeling, speedboat riding, trekking, water skiing, and zip-lining! See? The opportunities are limitless, and you could enjoy yourself for as much as you want.

Visiting a place will not be complete without paying a visit to the main church of the place. In this case, St. James Church is the one. Come here and admire the beauty of the architecture of the place, most importantly the ceiling which is made up of amazing work of arts.

Trace history by visiting the heritage houses of Dapitan City

The rich history and culture of the past could be seen as you visit one heritage house to another. Yes, this is equivalent to going back to the past for everything that you can see in these houses will remind you of the Spanish era, and even before that. This is indeed an amazing Dapitan City Tourist Spots/ Attractions.

How about taking a glimpse of the entire city from above? Well, such a view will for sure be an amazing one. Just do your hiking activity at the Ilihal Hill, and once you are at the top, you will feel delighted with the view.

If you want some quiet time to sit still or do a picnic with your family, then City Plaza is the place for you. The quiet ambiance along with the fresh air will give you a much-needed break that you are looking for.

May it be for a fun party night or merely a food trip? Gloria de Dapitan is the one for you. The sumptuous food plus the party vibe that one may experience here is indeed no different from the parties that are found in Manila.

Viewing of the Relief Map of Mindanao

Just right in front of the St.James Church is the Relief Map of Mindanao which was made by Dr. Jose Rizal. He used this as an instrument in teaching geography and history back in his age. Thus, this historical illustration deserves a  visit.

Visiting Dapitan City is a combination of educational, historical, relaxing, and amusing experience. Be here and get to enjoy all the things that this beautiful city has to offer!