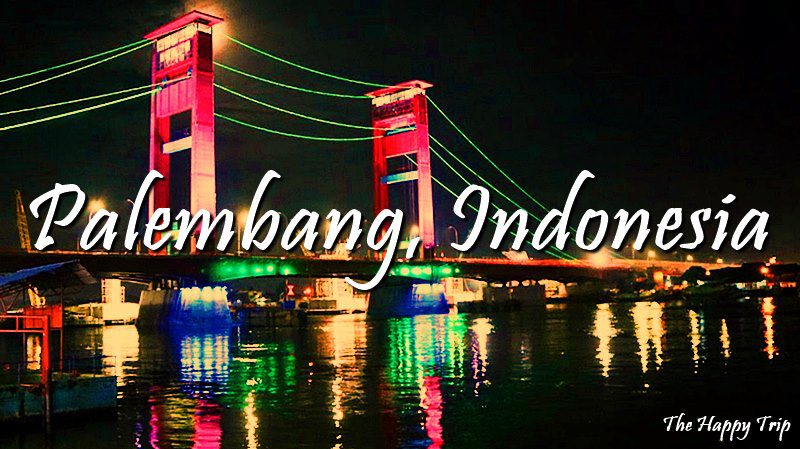 Palembang, Indonesia: Visiting the Heart of a Kingdom Long Gone

There was once a thriving Buddhist kingdom in the South East whose influence goes beyond its own. But when most kingdoms in the planet are built on land, this particular kingdom had the ocean as its realm, much to be called a thalassocratic city-state.

Although the kingdom that was is just but a memory of its former glory, it has been known in history under a single name—Srivijaya, a then-pivotal center of the Buddhism expansion.

Whereas China had a huge influence on its neighboring countries in East Asia—Korean Peninsula and Japan—the Srivijayan Empire had the south-eastern part of the continent at its sphere.

Tracking down the origin of its history, nowadays, this ancient kingdom can be traced to the place which gave the former civilization its life: Palembang in Indonesia. 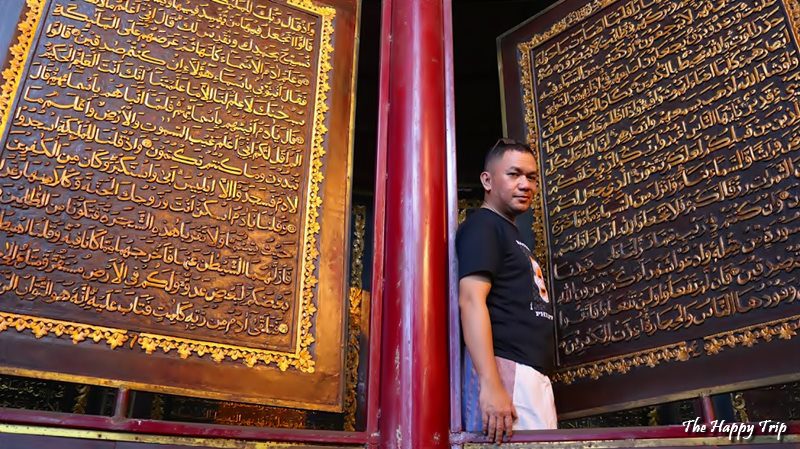 What is Palembang, Indonesia?

At the time of the Srivijayan Empire, Palembang was also known for its original name patterned after the civilization it represents: Srivijayan.

Modern-day Palembang, however, is the capital city of South Sumatra and is the second-largest city in the island, next to Sedan.

References described Palembang as one of the most archaic cities in the Malay Archipelago and possibly across South-East Asia as well. 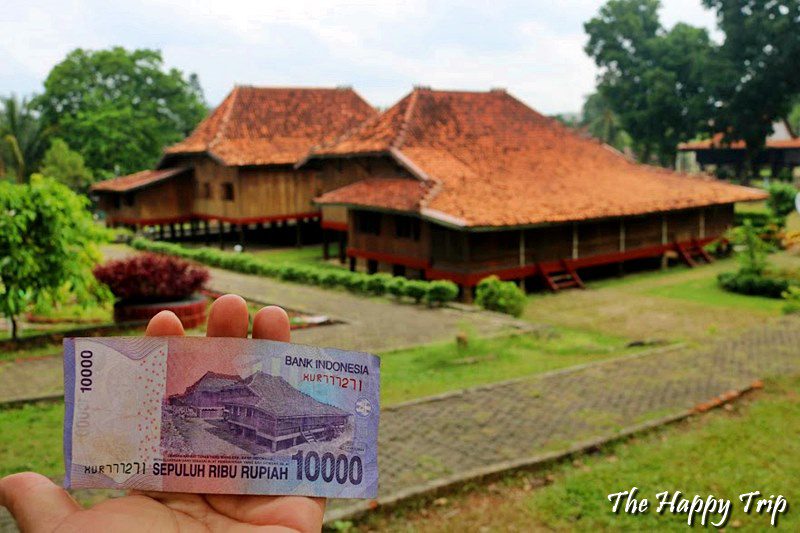 A vestige of a Previous Culture

While the original inhabitants of Palembang whose descendants still lives today are undeniably the very testament that this historical kingdom existed, there are also relics that remain to this day that point to the fallen empire.

PALEMBANG’S TOURIST ATTRACTIONS | THINGS TO DO 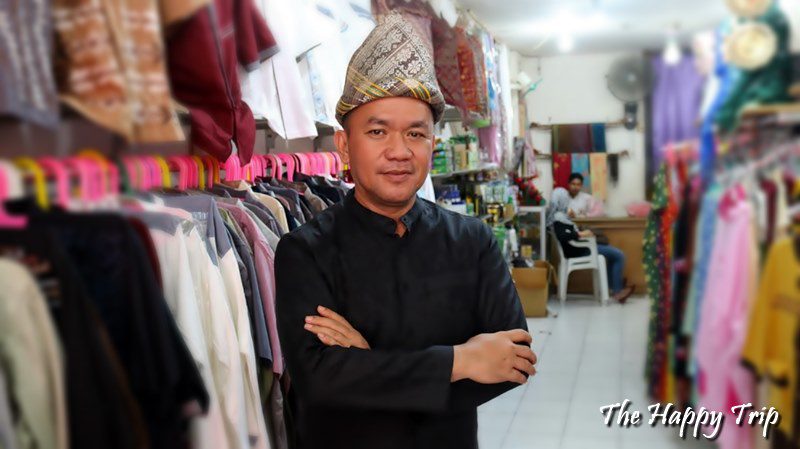 I never regretted that i brought home several traditional Indonesian clothing during my recent visit in Palembang, Indonesia

While Batik is generally famous in Indonesia, Palembang is famous for its songket handicraft. Songket is a traditional handwoven cloth with metallic (gold or silver) threads. Songkets are available in most Palembang marketplaces. 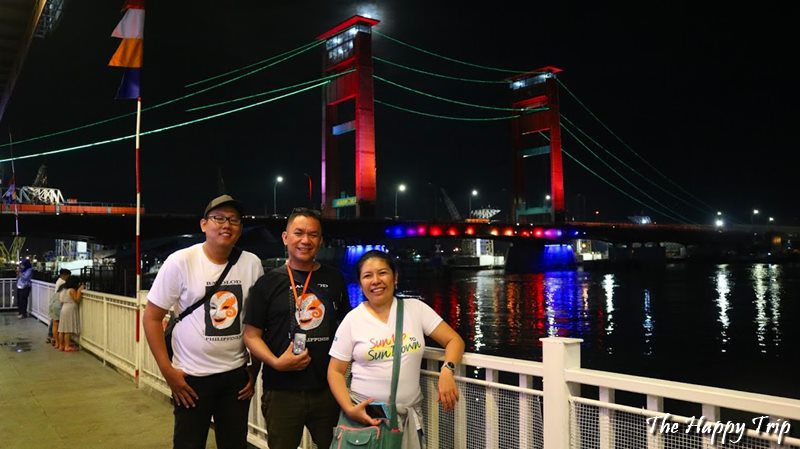 my first night in Palembang, Indonesia was celebrated with a visit to the famous Musi River (Photo: with travel bloggers – Haryadi Yansyah and, Claire Algarme)

Although it is tempting to get fixated about the region’s history and learn its overall story from its very roots, today’s Palembang is more than just a place for academics, but also adventure and fun.

Interested in seeing first-hand the lifestyle of present-day Palembangese? There is the Musi River to cruise for that which is the home to the popular Ampera Bridge and the floating market.

Further down the river, there is the Kemaro Island where a Buddhist temple called Hok Tjing Rio is nestled. It is also here where a Chinese princess, wife to a Srivijiya king, was buried. 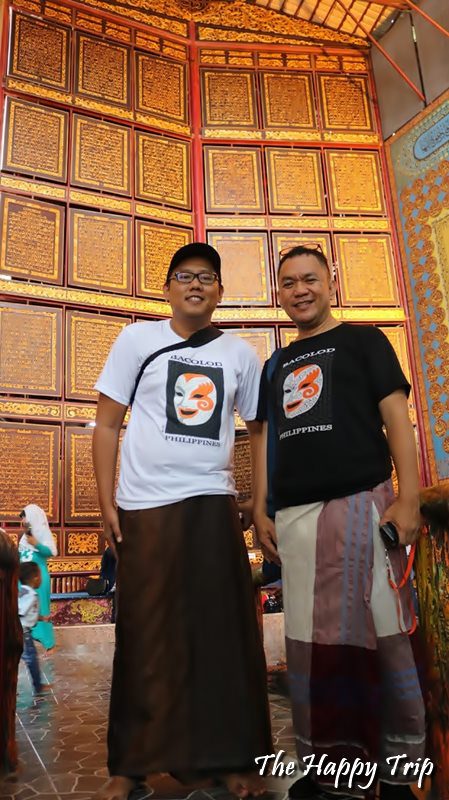 with Haryadi Yansyah a blogger from Palembang, Indonesia who is one of the fellow winners in the Kerala Blog Express Season 3

The Al-Qur’an named Al-Akbar is dubbed as the largest wood-carving and the first in the world in the form of 30 juz Al-Qur’an. This giant Al-Qur’an was made from Tembesu wood, carved with special Palembang wood-carving style is made for the public viewing in the city of Palembang.

This Al-Qur’a with unique carvings, consisting of 2 meters height of wood-sheets with about 1.5 meters width. It has a brown wood base color with relief carving in gold. Each sheet is carved with a flower motif on the edge in gold. It is said that production of Al-Akbar took about seven years. For the guests visiting the place must be garbed accordingly. The keepers of the place will lend guests the necessary garments. 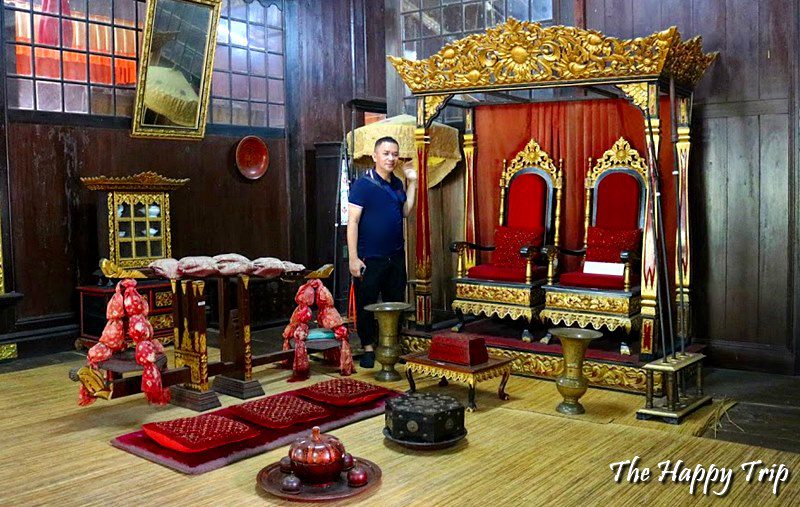 the author inside the Lima at Balaputra Dewa Museum

Yet, while the experience of having to travel around Palembang is a good distraction, the journey towards the now modernized city still may have its good parts in the museum where an amalgamation of different cultures is displayed.

The Balaputra Dewa Museum located in Srijaya I 28 Street. The museum houses several types of pre-historic collections. Generally, the museum keeps many historical pieces which include ethnographic, arts, and much more. A traditional house of Palembang (Lima) can be found inside the museum complex wherein visitors can enter and see up close the items inside.

From the seamless blend between Dutch architecture and Lima’s roofing to the exhibition of both Srivijayan and Sultanate relics, the quest for knowledge about Palembang never seems to miss this place. 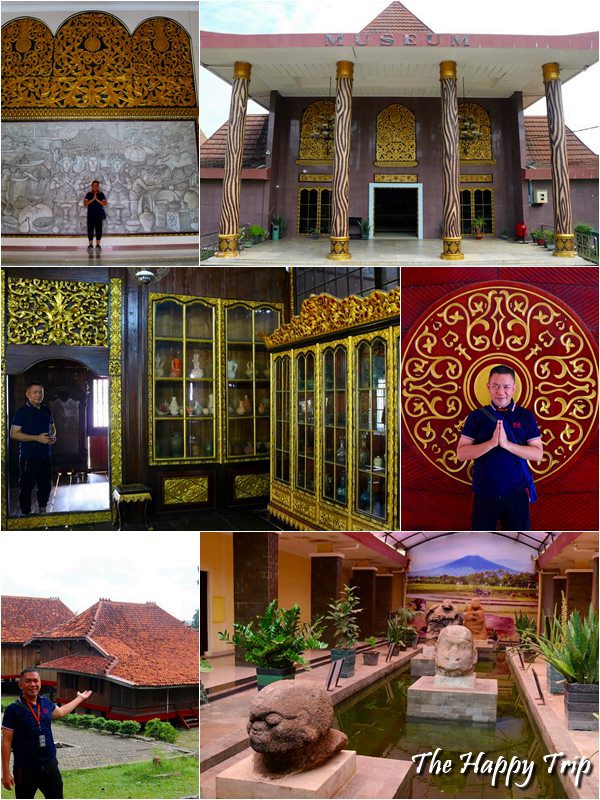 Do you know that Palembang is one of the venues for the 2018 Asian Games? Yes, in my recent visit to Palembang I had the opportunity to visit the Jakabaring Sports City as they prepare for the 2018 Asian Games. The place is an integrated sports facility complex in Palembang, South Sumatra, Indonesia. The complex is located 5 kilometers southeast of Palembang city center, across Musi river through Ampera Bridge in Jakabaring, Seberang Ulu I area. 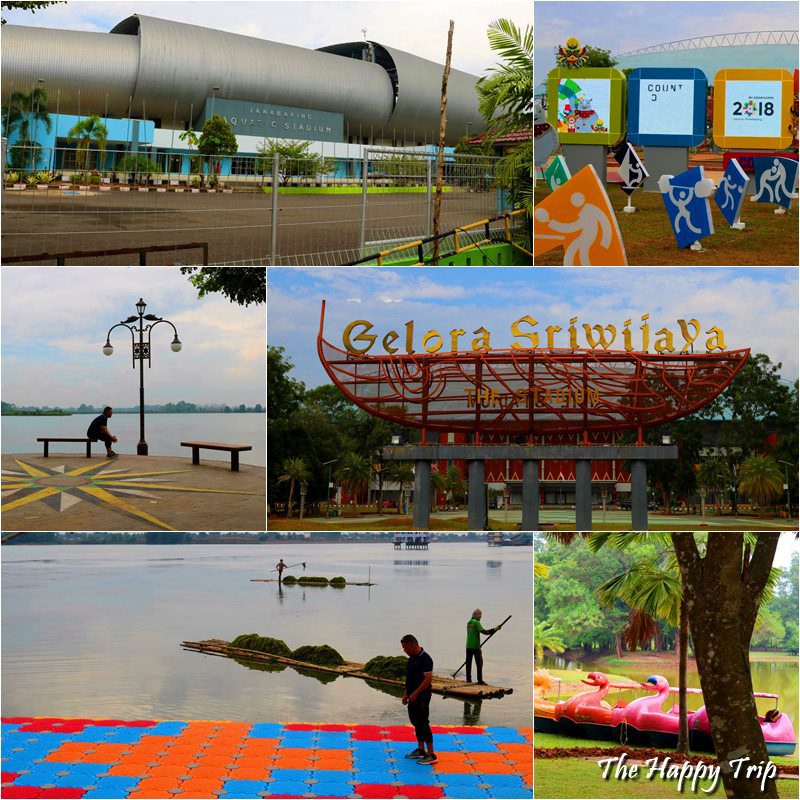 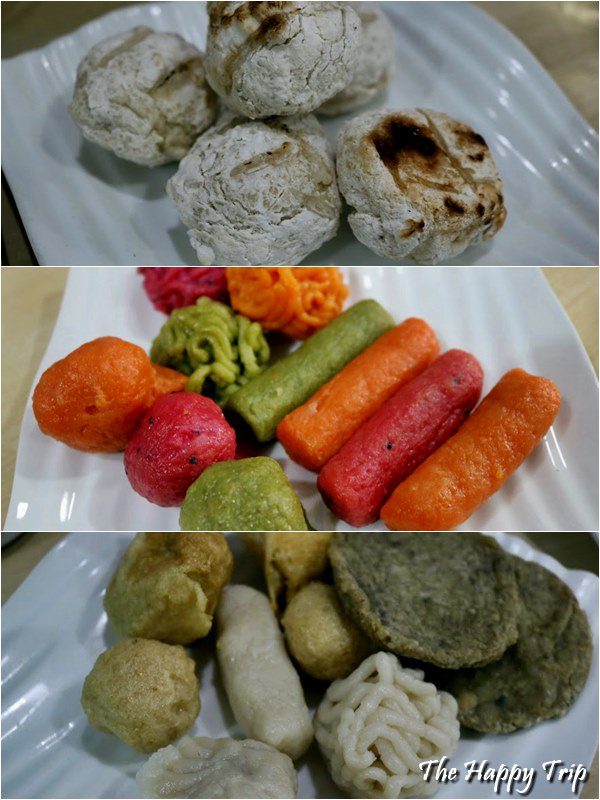 I have tried these various forms, shapes, and flavors of Pempek

When visiting Palembang, you should take the opportunity to try their famous Pempek. Pempek is a traditional Indonesian food which is basically a fish cake. While this food can also be found in other places in Indonesia, many people said that Palembang’s Pempek is the best and has a distinct taste. 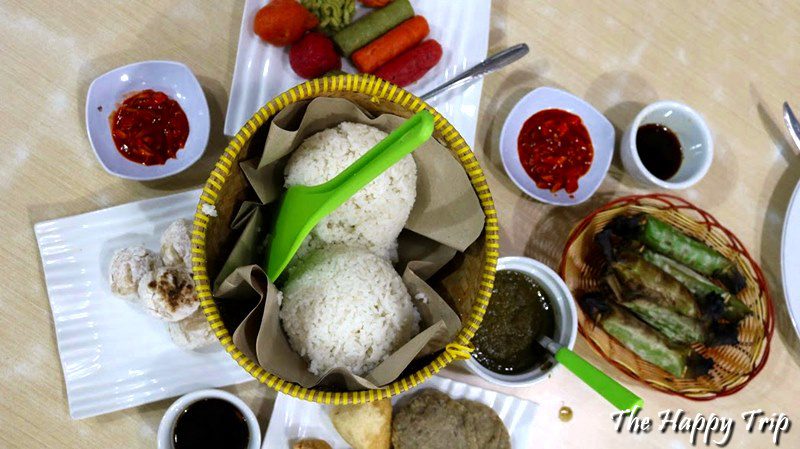 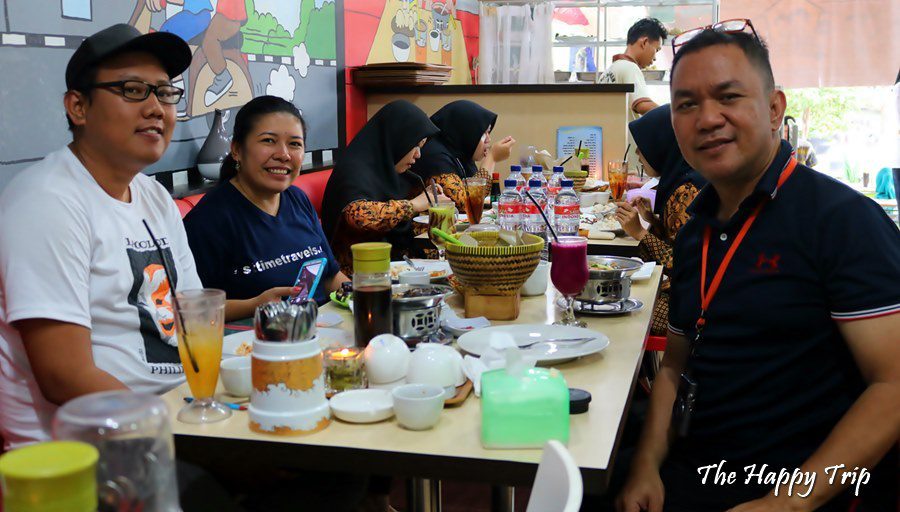 HOW TO GET IN PALEMBANG, INDONESIA

You can reach Palembang through the Sultan Mahmud Badaruddin II International Airport, the city’s own airport.

You can also reach Palembang through the train. Palembang’s rail network is serviced from 1 Stasiun Kertapati, 2 kilometers south of the city center along Jl. Kemang Kertapati road. The service however in this train station is limited to trips from Bandar Lampung in Lampung, to Lubuklinggau in western South Sumatra. There is also a light rail to Sriwijaya University.

Several buses from other cities in Sumatra (Jambi, Padang, Pekanbaru, Medan, and Lampung) as well to Jakarta in Java are also servicing Palembang. The main bus terminal is Alang-Alang Lebar (locally known as AAL) north of Palembang.

Getting around Palembang, Indonesia

For tourists, the most convenient ways to get around the city is to have an application in your mobile like the Go-Jek. With this application, you can request for an Ojek (single motorbike) for a single traveler or Go Car if you are two or more travelers. 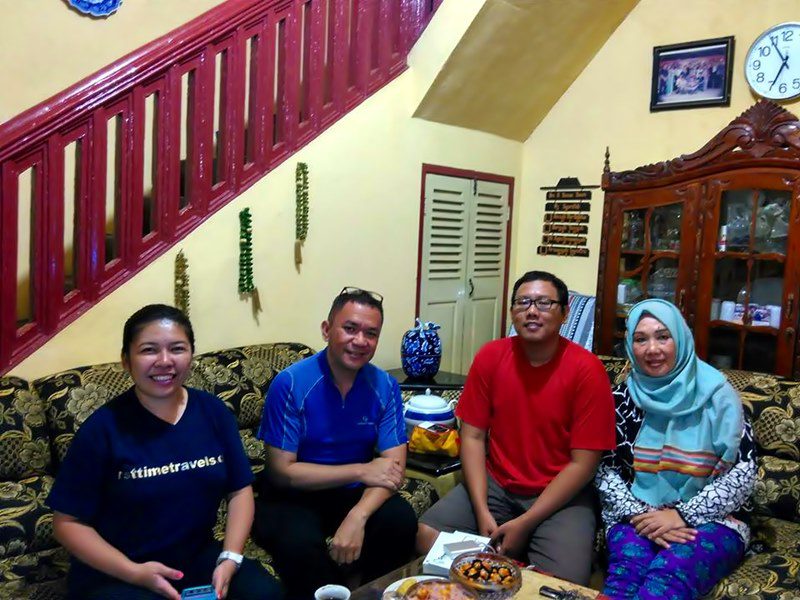 We were graciously hosted by the family of Haryadi in their home during our recent visit in Palembang. In the photo is a fellow travel blogger from the Philippines Claire Algarme of First Time Travels with Haryadi and his mother in their beautiful home in Palembang, Indonesia.

Hotel Sandjaja
Jl. Kapten A. Rivai No. 6193
BOOK YOUR ROOM HERE FOR THE BEST DEAL

BOOK YOUR ROOM HERE FOR THE BEST DEAL 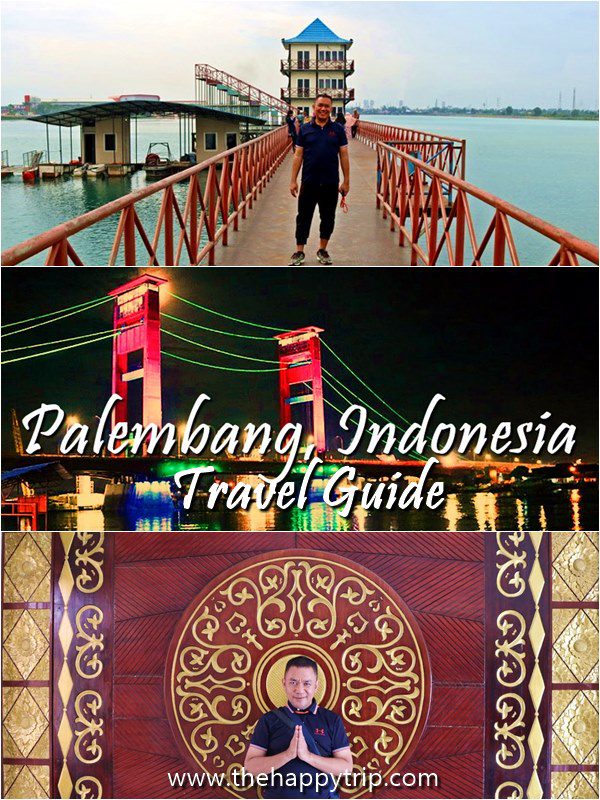