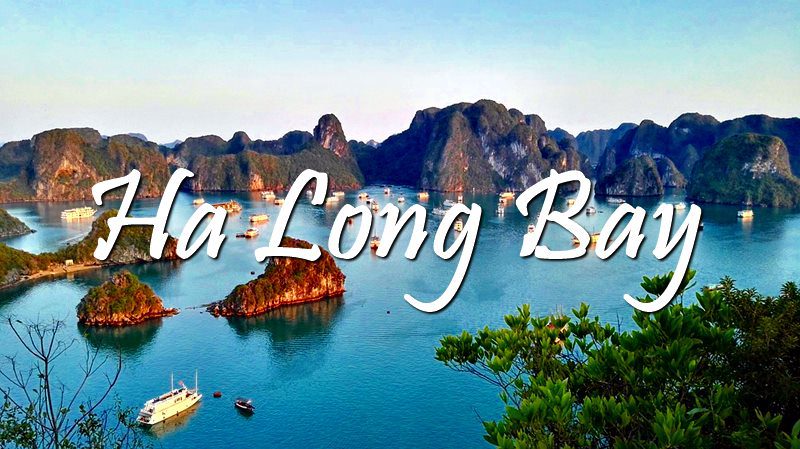 The world is full of mythical creatures which gave people something to wonder. From the reptilian dinosaurs which have gone extinct, the elusive bipedal, humanoid figures of remote places, to other winged creatures of lore, there are several things that are still yet unknown.

But even the realms of bodies of water like the lake or sea are not without their own share of mythical creatures whose beliefs resonate even to this day, some of which gave birth to stories that still piques human curiosity.

You had probably heard of the legends about the cryptid of the Loch Ness lake in Scotland which was popularized as a creature of an elongated neck, similar to a Plesiosaur. In Vietnam, there had been a similar case of sighting to this elusive sea creature which thus gave rise to body seawater being called “Ha Long” which literally translates as the “Bay of Descending Dragons.”

The story of how Ha Long came to be is not without its good foundations, however. There actually were some claims that an aquatic creature of unknown dwelled in this particular site in Vietnam, at least as per witness reports in 1898.

And, surprisingly, how it gained worldwide attention did not start from the locals but from foreign seafarers who had chanced an encounter with a creature described as a “huge sea snake.”

Although this backdrop of Ha Long makes for an interesting ploy to keep the bay a place of interest among thrill-seekers and curious travelers, the makeup of the archipelago makes up for what can no longer be seen. 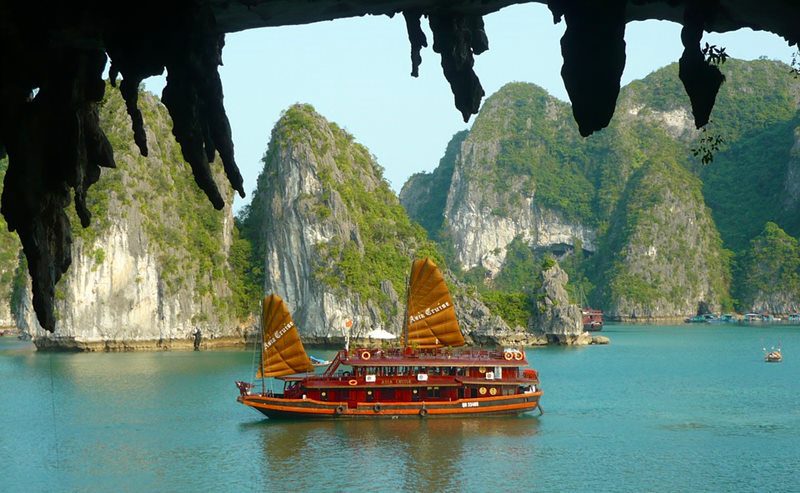 WHAT IS IN HA LONG/HALONG BAY, VIETNAM

As a group of inhabited and habited islands nestled in the coast 170 kilometers East of Hanoi, Ha Long is an archipelago known for its karst topography and community-sustaining land surfaces.

In places in this archipelago where people settled, there is an abundance of trees as well as animals, both tended and naturally-existing, that flock the place. The two largest islands are Tuan Chau and Gad Bah.

Otherwise, the rest of the archipelago’s islands are merely protrusions of bodies of rock which are a sight to behold, especially to an unsuspecting traveler.

In total, this archipelago is consistent with 1,969 unique islands. Due to these islands’ overwhelming numbers, most of the islands’ names are derived based on their shape, typically following the word “Koh” which is a Khmer word for “island.”

While onlookers may find a certain part of the archipelago is visible from afar, adventurers find delight in getting up close and personal by seeing for themselves first-hand the many amazing caves that the archipelago possesses. Of these caves, the largest spelunk is on the island which was formerly known as Grotte des Island.

Although there is no denying that the travel to these group of islands is only possible by both, by it being offshore, the distance needed to travel across the archipelago’s different landmasses does not have to come from the mainland itself. There are actually some businesses that are taking place atop certain islands in this particular spot in the sea. 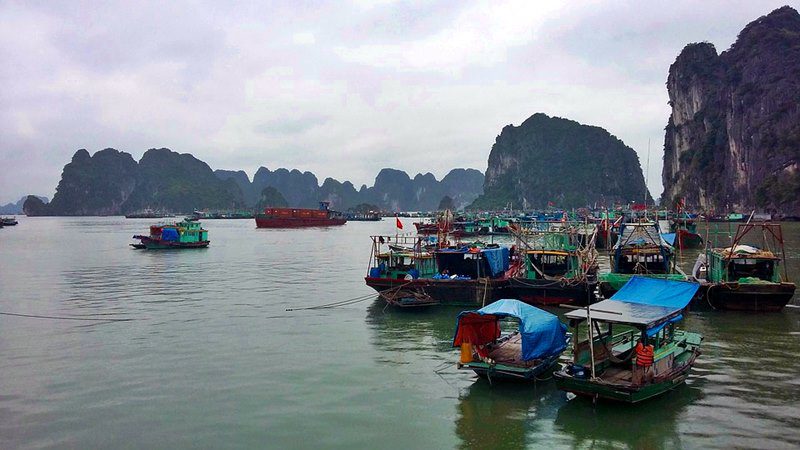 In Halong Bay you will see mainly 3 types of Boat Cruise as follows:

There are cruises which would last only for a day with no overnight stay departing from Hanoi, Halong City or Cat Ba. But of course, you will be missing the night experience on the boat and seeing the beauty of the place early in the morning.

Many tourists would opt for the 2-days and 1-night cruise option. It is not too long and definitely not too expensive.

But for longer boat cruise option, more exciting activities can be experienced, for they usually bring guests to some places via a small boat and would return to the main boat towards the evening. 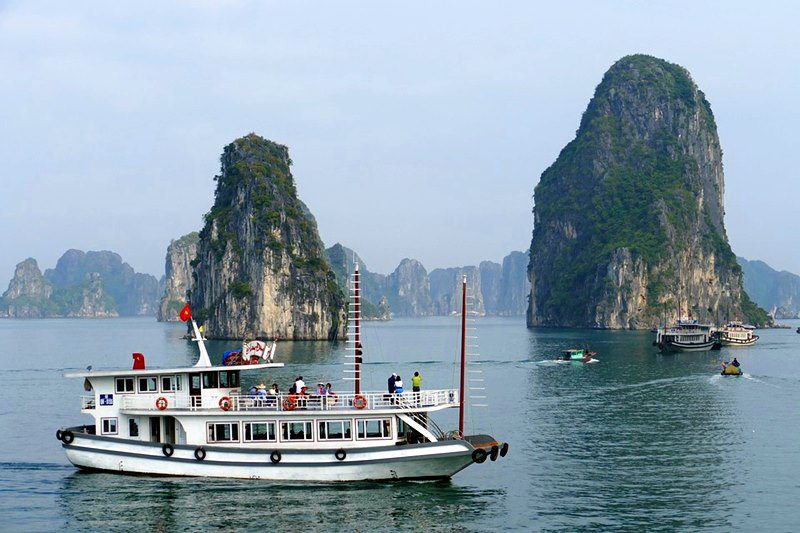 In choosing your cruise boats and itineraries, make sure to double-check what is included in the package to avoid disappointments. Such as activities, food, transfer, etc.

This itinerary is the most popular amongst the tourist, but you should expect that this is the most crowded too.

A few cruise boats offer an option of sleeping a night in a resort in Cat Ba. 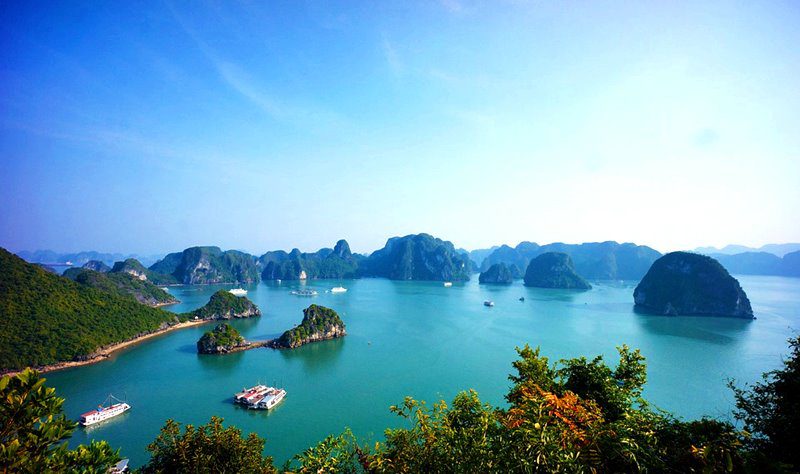 To book, just click on the name of the Boat Crusie and it will bring you to the booking site. 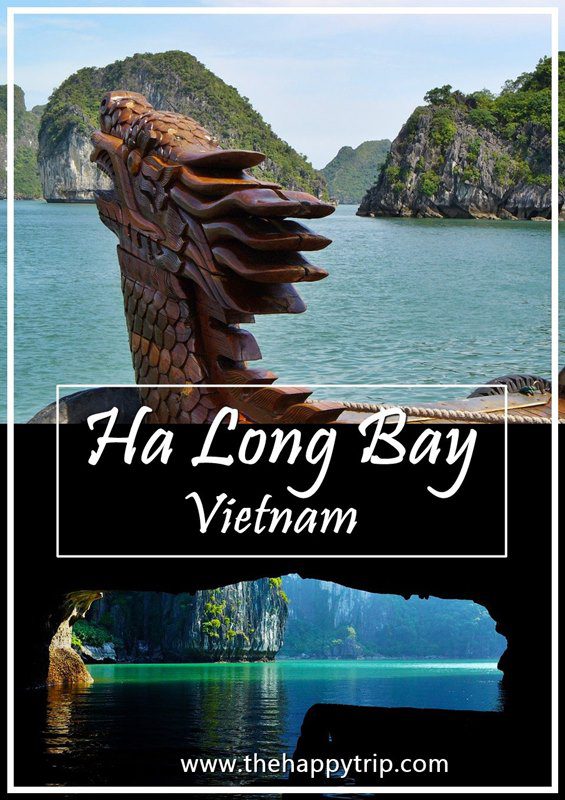 How to Get to Ha Long Bay, Vietnam

You can reach Halong Bay from Hanoi by Bus. The distance is 160 km which would take around 3.5 hours of travel time. Travel time from the bus station to Halong Bay would take approximately 15 minutes only.

Budget Hotels are included in this list as well as the big discounts that they offer. To book a room, just click on the link (name of the Hotels) and it will bring you to the booking site.