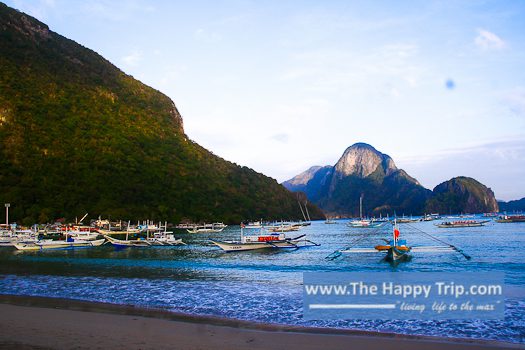 That was my third day in my Palawan Trip when I went on an Island hopping (El Nido Tour A – Lagoon and Beaches). El Nido has numerous tour operators which are found at every corner of El Nido. Broadly speaking, all tour operators offer 4 Tour Packages and their prices are all the same. Just make sure to book a tour as soon as you arrive at the place especially during peak season.

All tours are inclusive of lunch, which, are prepared by the tour guides in one of the stopovers during the trip. 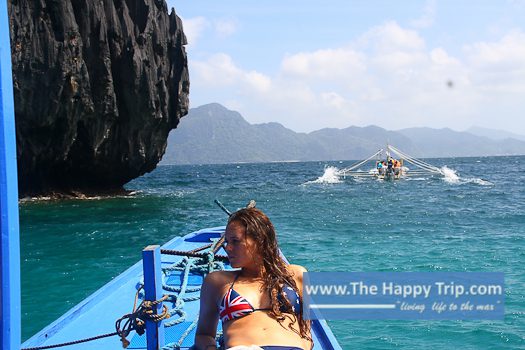 Worshiping the sun while sailing

Here are Tour Packages offered at El Nido and their prices (Prices as of January 2015).

In cases of extreme weather conditions, some destinations are not allowed. But the tour guides would offer an alternative destination in lieu of the original plan.

Due to my limited time allotted for my El Nido Trip, I opted Tour A and C. These two were the most popular amongst the tourists. Each tour would last the whole day. 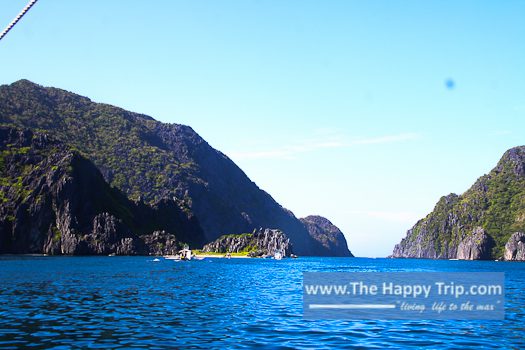 We were scheduled for a Tour A on that day. So we woke up early and had our breakfast to get ready for our most awaited adventure.

The tour normally starts off at 9 AM. We were picked up from our hotel by a motorbike. Picking up will make sure that you won’t get lost because there are lots of pump boats leaving every day for the Island hopping and you might get confused to locate your assigned pump boat. At the pump boat, we found ourselves in a mix of several nationalities. I suppose we were the only Filipinos in our group except of course the tour guides and the crew. While obviously, the tour guides don’t have fantastic English communication skills, they were good enough to communicate effectively with everyone in the boat. Obviously, they were trained properly. 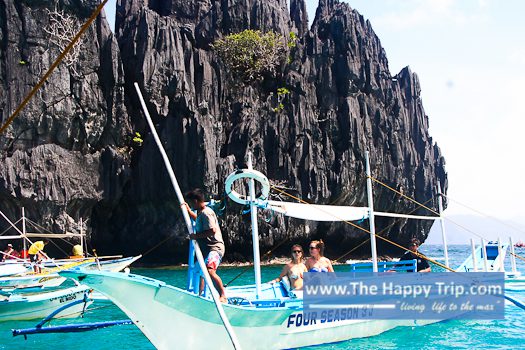 El Nido Tour Package A: The entrance of the Small Lagoon

Our first stop, The Small Lagoon.

Small Lagoon – Located on the cove on Miniloc Island. Our boat just anchored outside the small lagoon along with other boats, because the small lagoon can only be entered through a hole. The hole can be passed through a Kayak which you can rent right there at the small lagoon for PHP 250, or you can simply swim. You need not worry because it’s not that deep. Within the small lagoon, you will see the tranquil turquoise-green waters and the amazing limestone walls lined with orchids and other plants we even plant at home. According to our tour guide, some Scientists believe that these lagoons were actually caves which abound in these islands. It is said that the roofs of these caves must have collapsed, millions of years ago, and these lagoons have emerged in their stead.

Our next stopover, The Shimizu Island

Shimizu is an island with stunning limestone cliffs where “Balinsasayaw” (swiftlets)  nest and produces the much sought after bird’s nest soup, believed by Asians to have healing properties. The dried saliva of the Balinsasayaw is very costly that it is brought up to PHP 200,000 for every kilogram. That’s why, despite the danger, people would dare to climb the cliffs to find this “saliva” of Balinsasayaw.

While on  Shimizu Island, our guides prepared a sumptuous meal while we were snorkeling in the nearby coral reef and enjoying the beach. 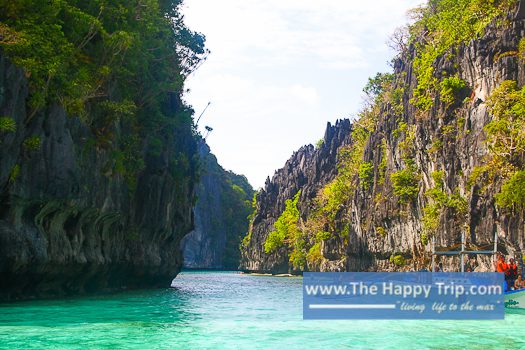 El Nido Tour Package A: The entrance of the Big Lagoon

Our third stop, The Big Lagoon

That was already low tide when we reach the big lagoon so our boat cannot get inside anymore. So we went inside the lagoon while snorkeling and walking at one time.   The big lagoon is a breeding ground for fishes and crustaceans.

After exploring the big lagoon, we were poised to proceed to our next stop. However, the weather during our tour was not so good, the waves and currents were strong, so we’re not allowed to visit the Secret Lagoon. So went straight to our final destination. 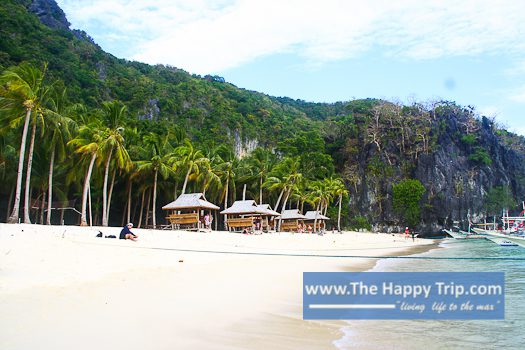 The Seven Commandos Beach was our final destination after a long day touring. Seven Commandos were named after the 7 remaining Japanese commandos who lived on the island as stragglers after World War II. The island has a long white sandy beach lined with palm trees.

Of all the destinations in “ El Nido Tour Package A”. Only at the Seven Commandos Beach has a small canteen that offers beverages. Perfect timing because we were already craving for some cold drinks at that time. We stayed a bit longer at the beach, some of our companions played volleyball. I was a bit tired already at that time, so I just sat down under a tree while enjoying a Halo-halo which I got for PHP 100.00. 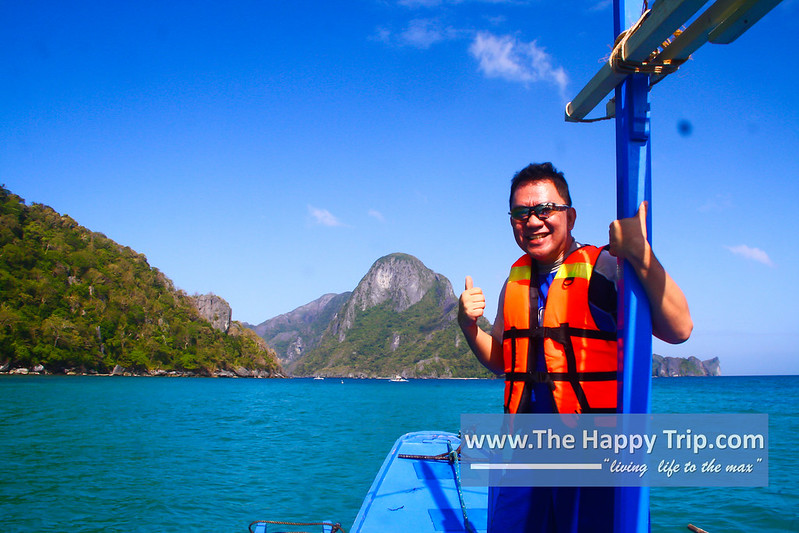 El Nido is a first-class municipality and managed resource protected area in the province of Palawan in the Philippines. It is about 420 kilometers (260 mi) southwest of Manila, and about 238 kilometers (148 mi) northeast of Puerto Princesa, Palawan’s capital. According to CNNGo, it is the Best Beach and Island destination in the Philippines  for its “extraordinary natural splendor and ecosystem.”