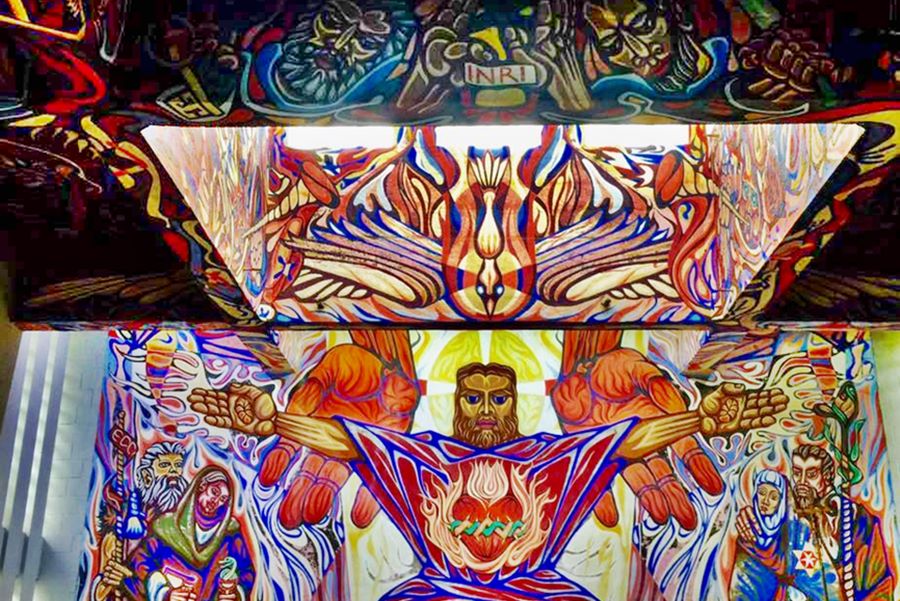 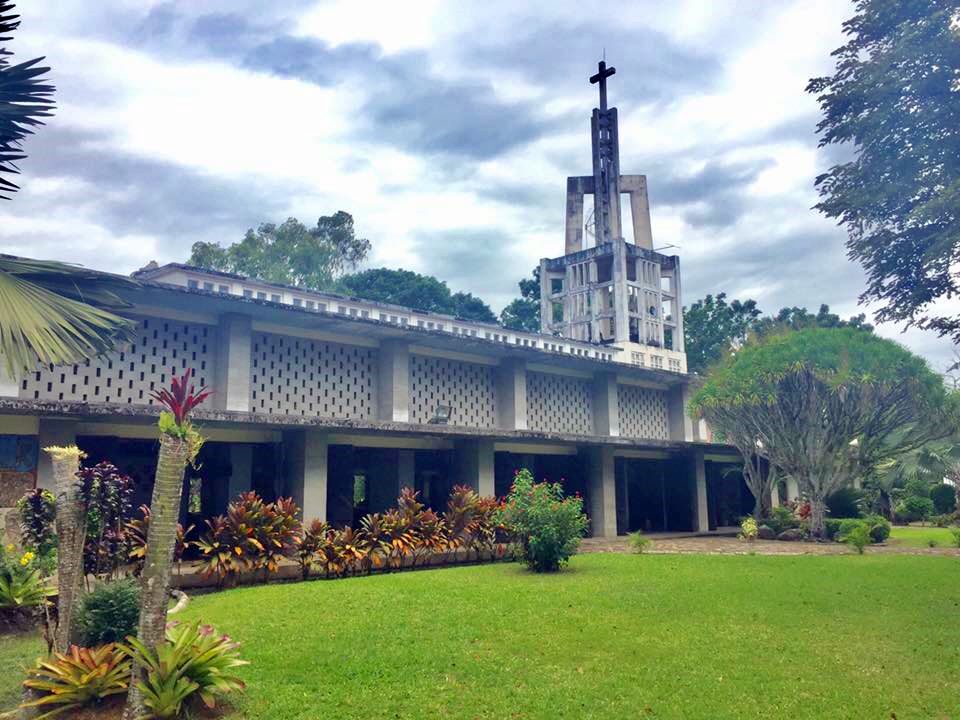 St. Joseph the Worker Chapel:  AKA Church of the “Angry Christ”

Christianity is a religion whose theme revolves around the sacrifice of the savior for the benefit of humanity. For one whose motif evokes the image of great suffering and ultimate love, Jesus—the Christ—is the perfection of a benevolent person, who willingly bore the weight of the world by his very shoulders.

In many Roman Catholic churches, when not being portrayed as a divine entity in his most wholesome, the Christ is also typically depicted in a manner that showed his ultimate end—nailed to the cross, severely wounded, and seemingly out of life. Like a lamb given to slaughter as a sacrifice for the sins of others, Christ inevitably paints an image that is worthy of anyone’s pity and admiration.

For an image whose very theme is such, as burned into many Christians minds, to see the Christ depicted as something else may seem slightly absurd, if not wholly refreshing both to the vision and to the soul. In a church established in Negros Occidental, a different image of Christ is painted in that it boggles the mind of those who would see its very portrayal to differ from the norm—a “fierce-looking” person as imbued by an amalgam of unique art style and an eclectic blend of starkly bright colorations.

Dubbed the Church of the Angry Christ, the St. Joseph, the Worker Chapel, makes for a unique approach to traditional iconography that it inevitably attracted both ire and praise from various critics, particularly in religious circles. 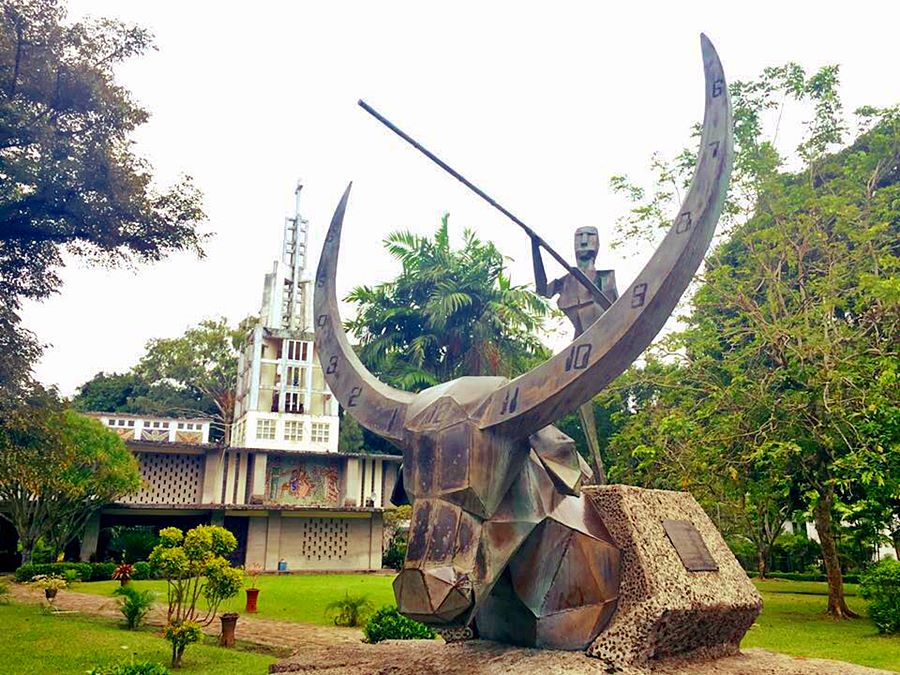 A Closer Look into the Church of the Angry Christ

Nestled within the vicinities of the Victorias Milling Company (VMC) residential complex, the largest producer of sugar in all of Asia, the St. Joseph, the Worker Chapel, is a liturgical infrastructure aimed at the Roman Catholic workers employed by the business company. The church itself was established by the VMC-owner, Ossorio family, which coincidentally makes it Ossorio Chapel by name.

From the outset, the chapel alone evokes a presence that is a stray from the usual churches, hinted by the unique architecture and, most conspicuously, by the unique art style on its graving. When the Roman Catholicism portrays the pillars of Christianity as Caucasian by descent—therefore, white-skinned—the Church of the Angry Christ conveniently depicts them, including Christ himself, in a manner akin to Filipinos—brown-skinned.

While the idea may denote absurdity as it contradicts the typical portrayal of significant figures in Christianity by skin color alone, the chapel defied the notion further by maintaining consistency—literally, all images portrayed in the church are indeed brown of coloration, suggesting an element of Pinoy in all of them.

Built from the pockets of the Ossorio family, not the church, the very art which showed Christ as a powerful being was done by one of the family’s member, Alfonso Ossorio who is known for his expressionism style of painting. In his aid are local artists, Arcadio Anore and Benjamin Valenciano.

But there are also foreigners who are critical in the overall development of the chapel as we see it today — namely, Antonin Raymond, a world-renowned architecture who made the blueprint of the church and Adelaide “Ade” de Bethuene who was commissioned to design the chapel’s baptism room. 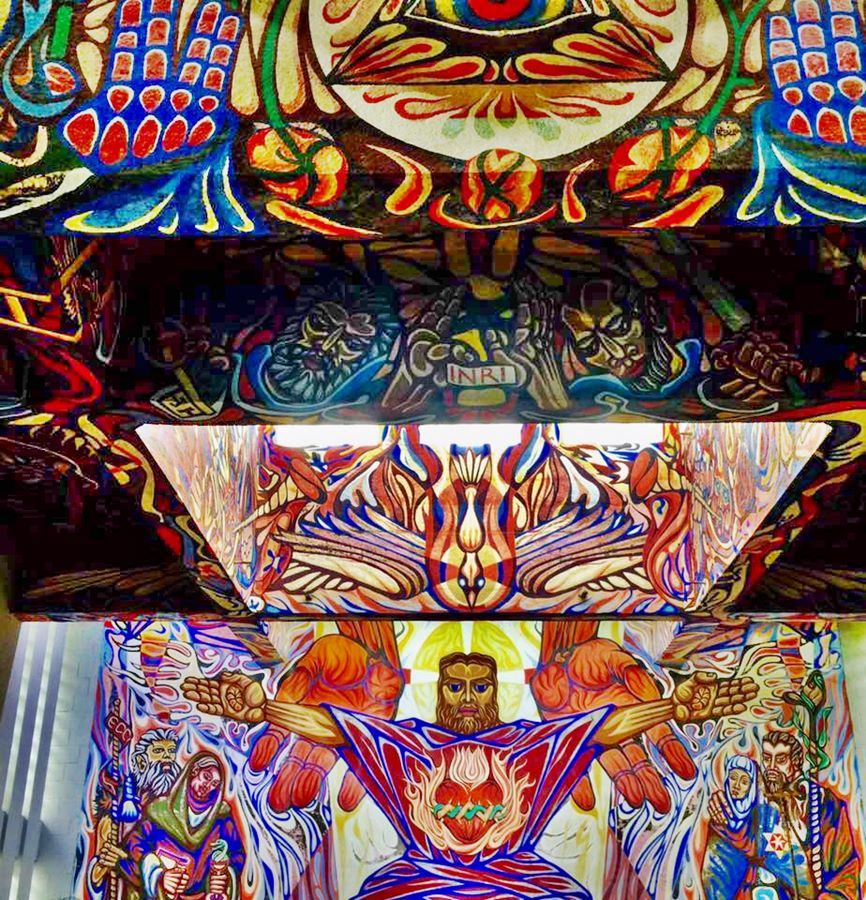 How to Get to St. Joseph the Worker Chapel | Church of the Angry Christ

The Chapel is located within the compound of Victorias Milling Company in Victorias City, Negros Occidental.

From Bacolod City take a bus plying North. The Bus terminal is located in Bata, Bacolod City beside Pepsi Cola.  Travel time from Bacolod to Victorias is around 40 to 45 minutes. Alight at the plaza, or Lopues Department Store or City Mall wherein you can easily get a tricycle easily to bring you to Victorias Milling Company. Ask the driver to bring you the Chapel of the Angry Christ. It would be best to ask the driver to wait for you to bring you back to the city proper.