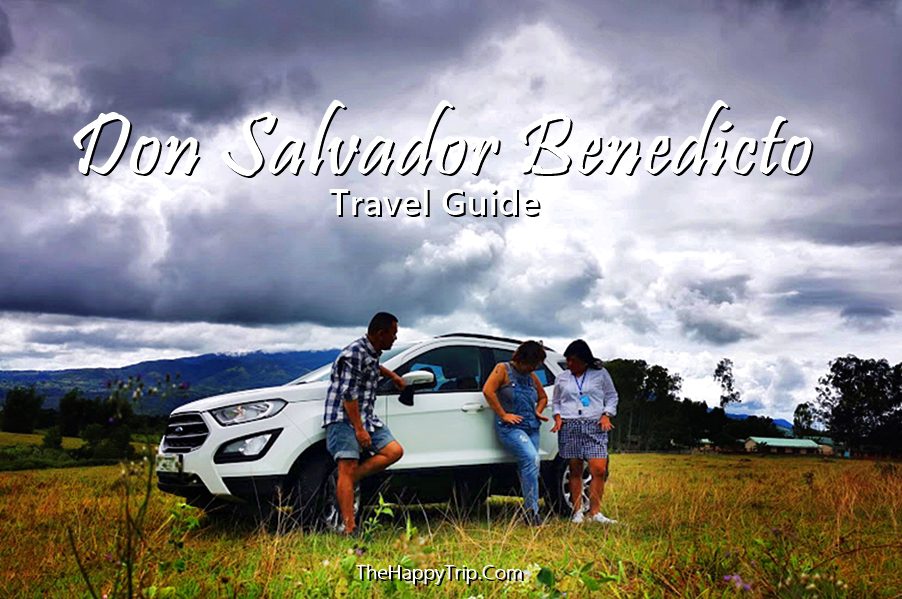 Not many people consider the high elevation of the mountains as an ideal place to live in. Unlike those from lower terrains, being atop the mountains has its own unique set of challenges even for the mundane of daily living.

But when you speak of a settlement of people which is at the heart of the mountain, no place probably best exemplifies its description than the municipality of Don Salvador Benedicto in Negros Occidental.

Recently, we visited again this summer capital of Negros Occidental onboard the Ford EcoSport with the two other happy trippers, Joni Lacson, a businesswoman, and Femmy Magbanua, the Marketing manager of  Merzci Food Corporation. 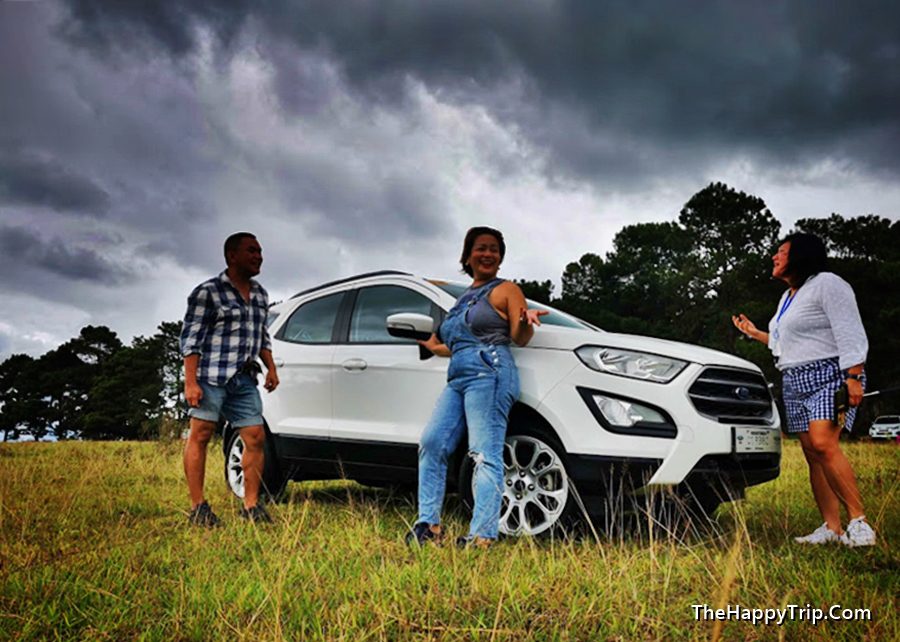 Prior to 1983, Don Salvador Benedicto is nothing but a large expanse of land without a name to collectivize its territory. It was, after all, inexistent during that period.

Named after the province’s vice governor and a former leader who was pivotal in the creation of a revolutionary government against the occupying Japanese forces at the time, Don Salvador Benedicto (the municipality) occupies the remote villages of Carlos City as well as the then-inaccessible towns of Murcia and Calatrava. The village of Igmaya-an was the center of the revolution in this particular area of Negros Occidental.

If there is anything that would best describe the consistency of this established municipality, it is that it is formed by settlements of people that are in or close to the mountains.

The notion to make a municipality of the area as named after a former revolutionary leader was authored by then-Assembly people, Jose Varela, Jr. and Alfonso Garcia, and was finalized during the Marcos Administration care of Batas Pambansa Blg. 336. 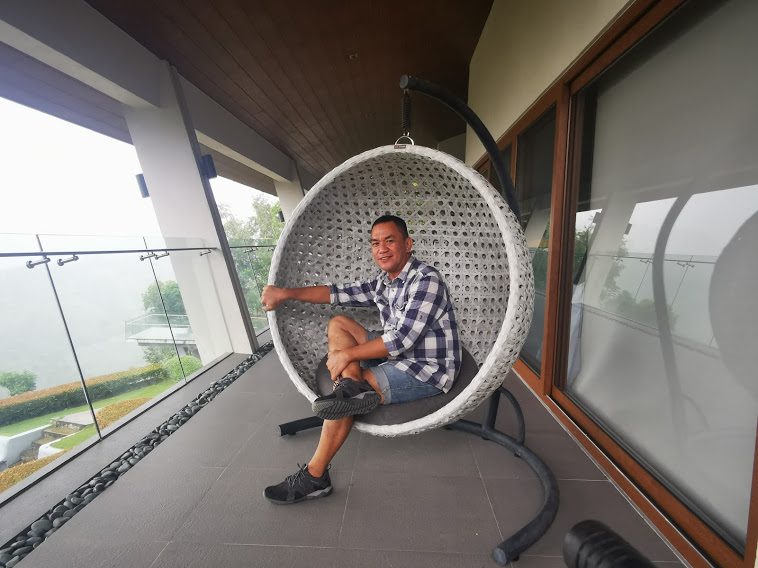 As a recently-established municipality, the creation of Don Salvador Benedicto is borne by absorbing the already existing villages from three other municipalities, namely Igmaya-an and Pandanon from Murcia; Bunga, Kumaliskis, and Pinowayan-Prosperidad from San Carlos; in addition to Bago-Lalong and Bagong-Silang Marcelo of Calatrava.

Situated along the major island of Visayas, the municipality of Subic is home to a diverse set of people native around this region. Around 60 percent of the population speaks predominantly Cebuano while the rest are Ilonggo as well as other dialects.

As part of their cultural heritage, the people of Don Salvador Benedicto are well-versed in the art of escrima or arnis, a 7th-century Filipino martial art. Meant not only for the defense this martial art is also considered a form of holistic training. But nowhere is the reality of this notion more highlighted than during the Kali-Kalihan Harvest Festival where the craft is showcased along with other activities emblematic to the Don Salvador Benedicto people. 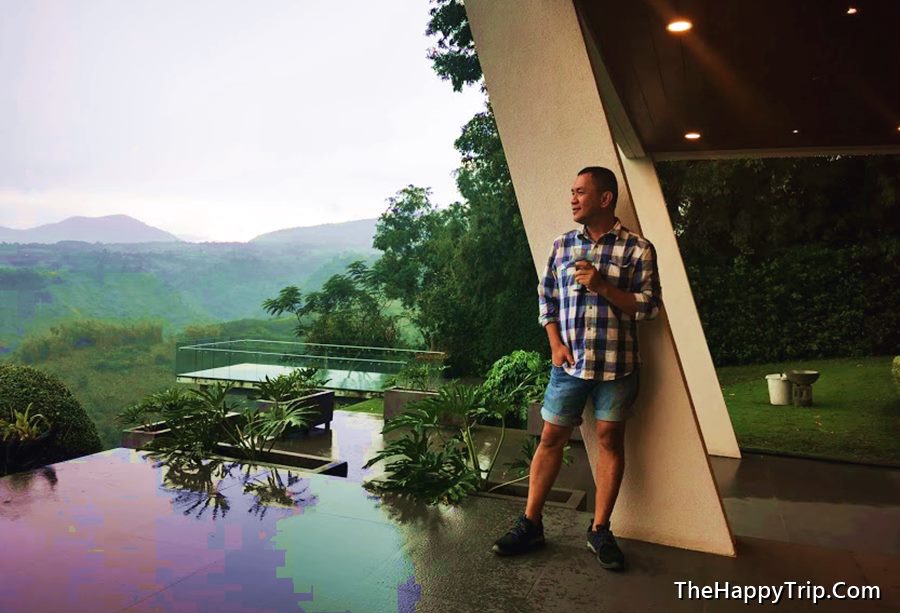 How to Get to Don Salvador Benedicto

Getting to this municipality in the mountains is an hour drive from the nearby Bacolod City by riding a public utility vehicle and gets significantly faster at only 45 minutes if riding a private car. 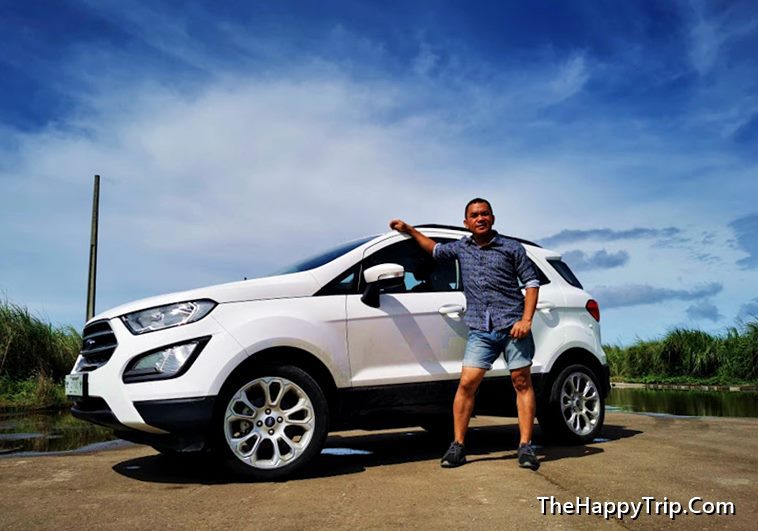 Although much about Don Salvador Benedicto is a sight to behold, it also is a place of notable landmarks, too, namely the Lantawan or Viewing Deck, which overlooks the Malatan-og waterfalls, the verdant and nature-centric Villa Ica, and the Pine Trees which lines up the major which connects the village of Igmaya-an to Poblacion. 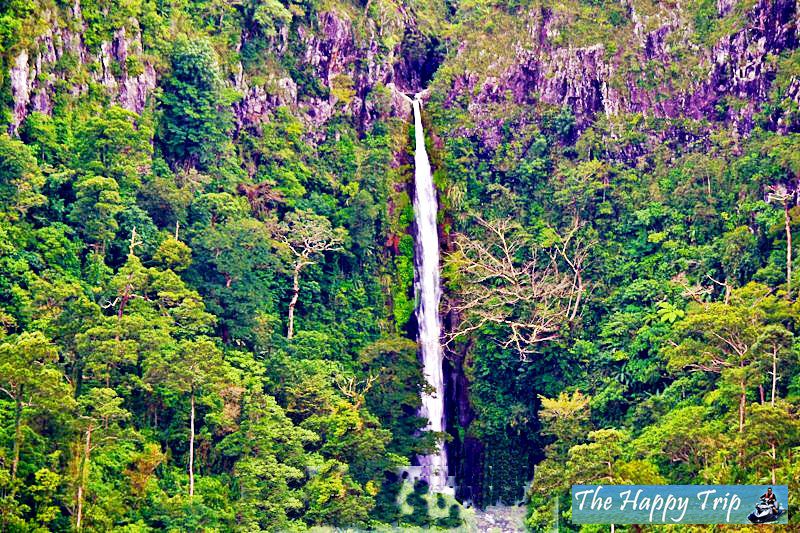 Malatan-og Falls is located in Brgy. Kumaliskis, Don Salvador Benedicto. Very easy to locate because the jump-off point is just along the highway. If you will ask the locals how long would it take you to go to the falls, they would readily say 30 minutes. The truth is, they are referring to their own speed and skills in hiking. For others, it would take 1 to 2 hours to reach this place. 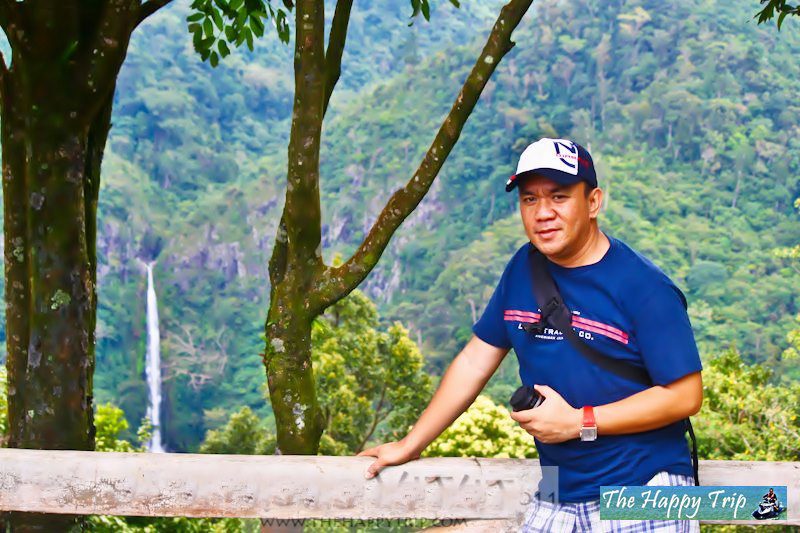 The author at the Viewing Deck or Lantawan, Don Salvador Benedicto  Tourist Spots

Just along the highway, you can stop at the Viewing Deck also called  Lantawan. The place offers the spectacular view of overlooking the Malatan-og waterfalls also known as the cigarette falls. If you would like to take a good shot of the falls, you can use your telephoto lens or fly your drone from this spot. 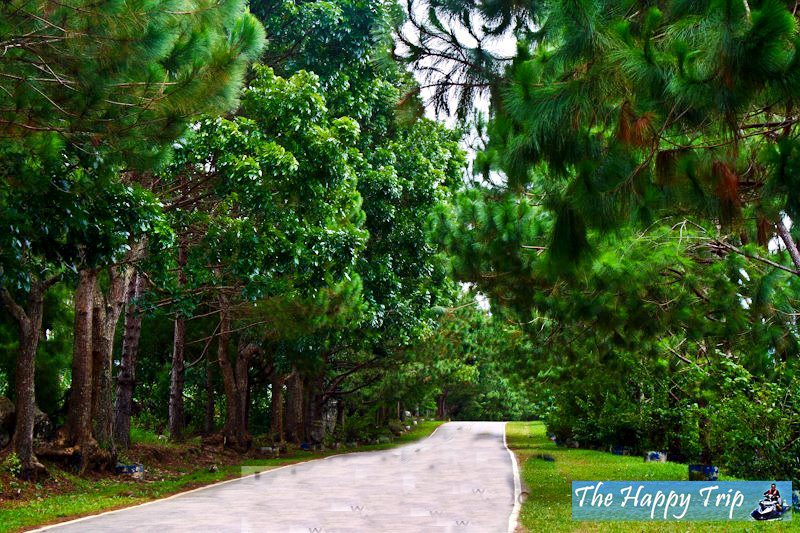 One of the most charming places to visit when in Negros Occidental, the Municipality of Don Salvador Benedicto. The place lies at the mid-center of the hinterlands of the entire North of the Province of Negros Occidental.  It was primarily established to consolidate all the remote Barangays of one city and two municipalities which seemed neglected, considering the inaccessibility of the area to each corresponding population-centers due to the distance,  terrains, and road conditions. [ Don Salvador Benedicto, Tourist Spots ]

One of the landmarks of the place is the beautifully-grown pine trees lined the main thoroughfares of about 1.7 kilometer stretch of road from Barangay Igmayaan to Poblacion proper which gained recognition as a well-maintained and “pot-hole-free” road for the third quarter of 2002 in the whole Region 6. 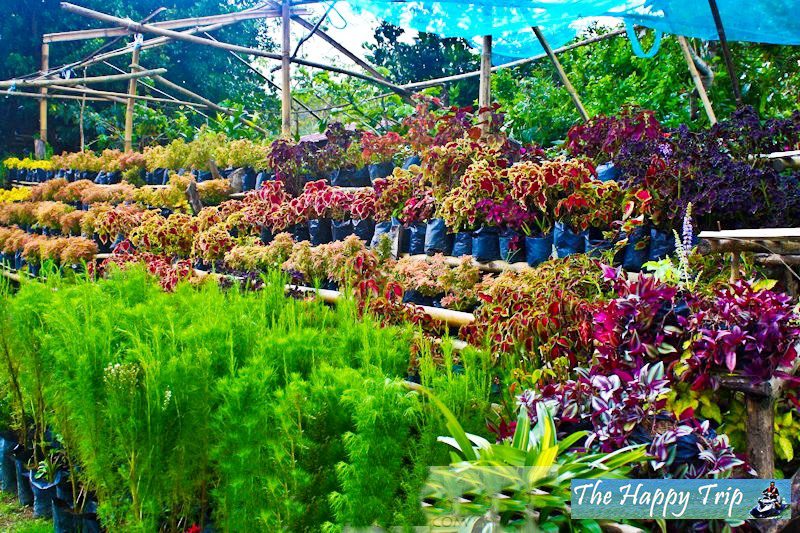 Don Salvador Benedicto is said to be the summer capital of the Negros Province due to a very cold temperature ranging from 16 to 27 Celsius and the coldest months are December, January, and February. This is one of the reasons why these ornamental plants are quite easy to grow in this place. [ Don Salvador Benedicto, Tourist Spots ]

Plant lovers will surely be delighted to see potted ornamental plants lined along the highways. These potted plants are being sold to any willing buyers. 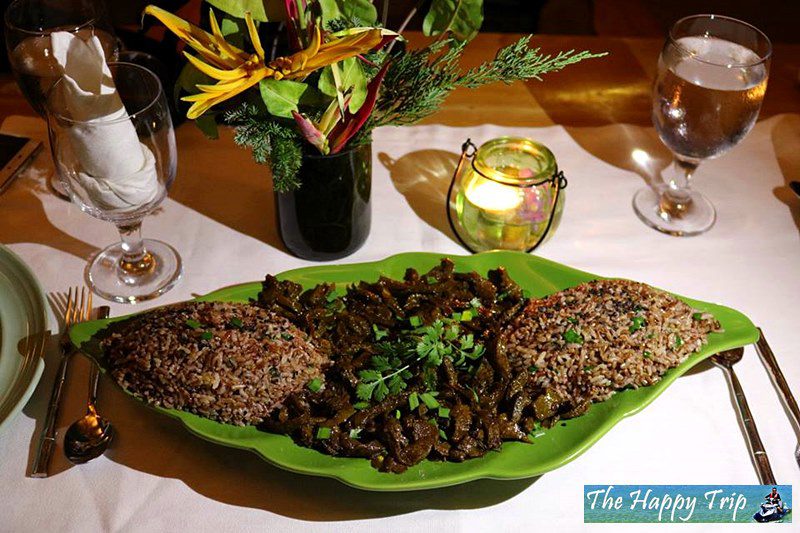 The locals of Don Salvador Benedicto adapted the art of “KALI” as their cultural heritage, otherwise known as “ARNIS” or “ESCRIMA,” the traditional martial arts of the Filipino people since the 7th Century as it is designed for Physical training, mental development and spiritual upliftment of the individual practitioner which relatively strengthen his moral value foundation.  It is being highlighted yearly through the celebration of the ‘KALIKALIHAN’ harvest festival every February 7-9.

After our DSB visit, I also gave the chance to our little blogger in the family, Abby, to try the riding comfort of EcoSport. You may visit and follow Abby in her blog Abbynture.Com 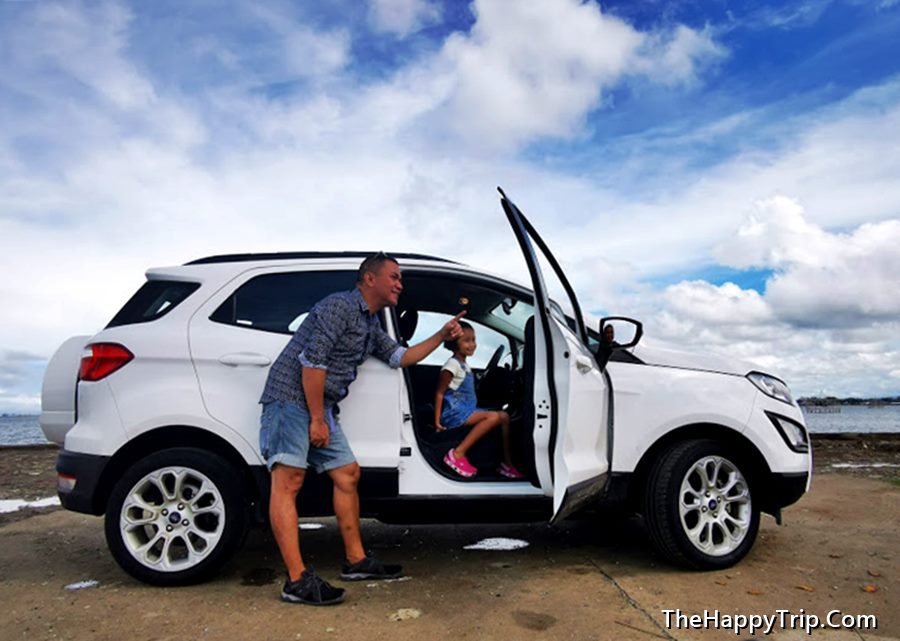 UP CLOSE AND PERSONAL WITH THE FORD ECOSPORT

At first glance, the vehicle is so compact but powerful-looking. On the front of the car is a pair of masculine-looking HID projector headlamps with an LED daytime running lamp. Also, you will see a pair of fog lamps and one large grille in a hexagonal shape.

Ford EcoSport’s dashboard and the elbow rest on the door and the center console are enveloped with soft leather.

The material quality and the general interior look are good. The car has reasonable space for legroom and a cargo compartment that can still accommodate a reasonable load like groceries and items needed when you go for a quick picnic. 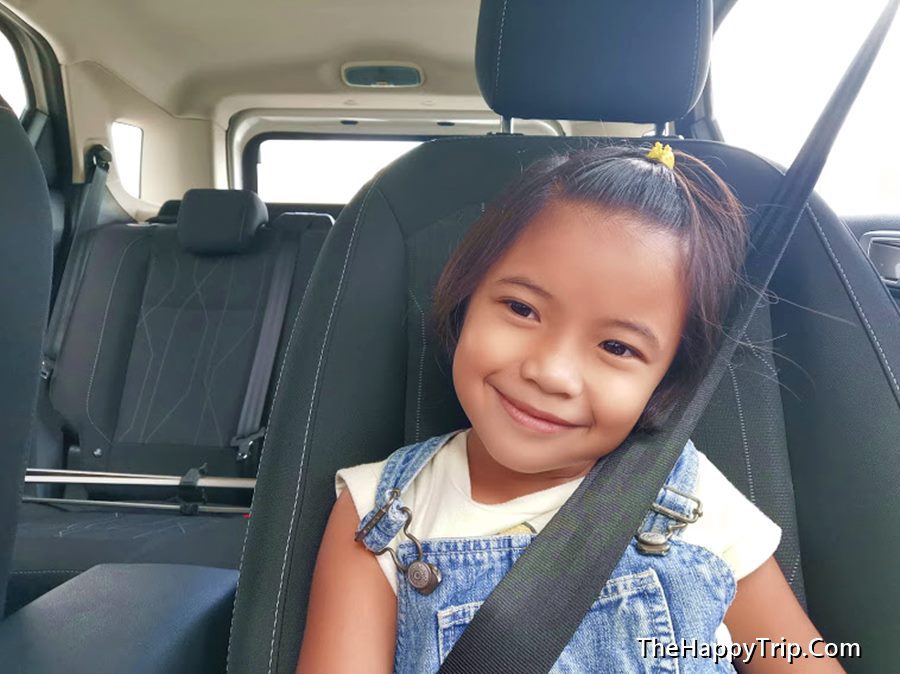 The visit to Don Salvador Benedicto is a great test of the power of the car. The elevation of the place is approximately 702.2 meters or 2,303.1 feet above sea level. While driving, I never shifted to low gear when we approached the place’s highest portion.

The Ford EcoSport is equipped with the following:

If you wish to check out or test drive the Ford EcoSport, visit the Ford Negros Showroom at Lacson St, Talisay City, Negros Occidental or you may reach them via the contact details below: 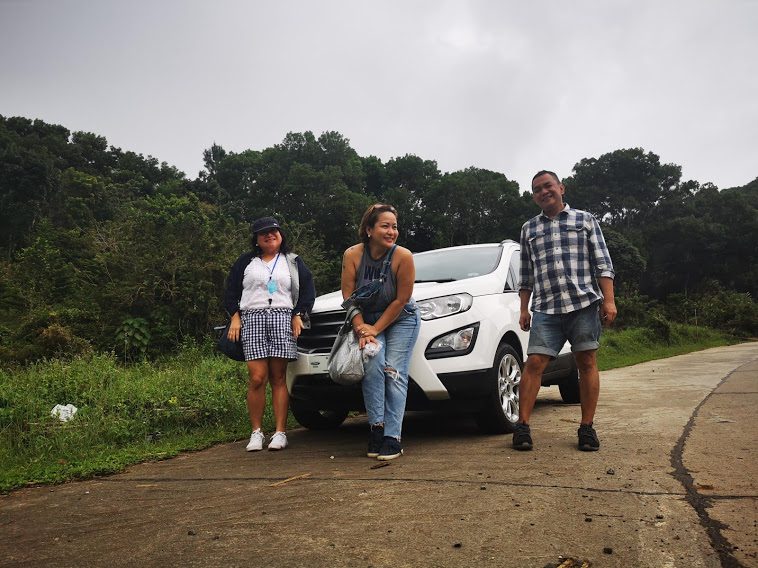 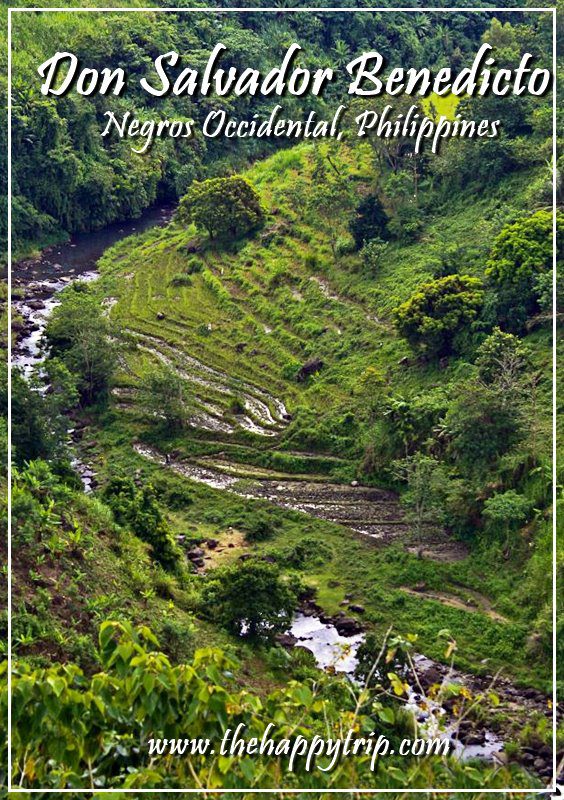