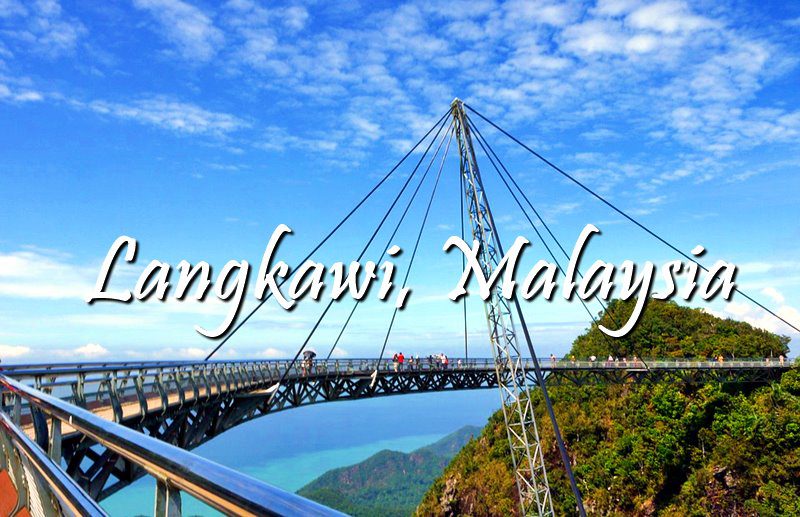 Langkawi, Malaysia: The Archipelago of the “Broken Curse”

The world is full of myths and legends whose stories of wonder resonate across the ages. While each country or culture has its own tales to tell that invoke people’s curiosity, none is probably as abiding as the alleged curse of Langkawi brought forth by the innocently slain, Mahsuri.

The legend of the Mahsuri curse is a story of envy and the consequence of being punished wrongly resulting from it. Mahsuri, as the story told, was the most beautiful maiden in the archipelago back in her time. She descended from two Thai parents who were originally from Phuket in present-day Thailand and a wife to a Langkawi warrior named Wan Darus.

Like what is common among people, Mahsuri’s beauty is the subject of envy among the women in their village, particularly the wife of the chieftain. With Mahsuri’s husband out in the battlefield to fend off the archipelago from the attacking Siamese, the lovely maiden was left by herself. Her vulnerability led to an accusation of adultery which, at the time, is punishable by death through stabbing.

Innocently accused, Mahsuri pleaded not guilty. However, none in the village considered her defense.

Tied to a pole so as to be restrained, the guiltless Mahsuri was stabbed but none of which cause her death. Committed to ending her own suffering, she suggested the villagers to kill her with their own family heirloom, a dagger called keris.

When Mahsuri was stabbed with the asymmetrical dagger, some “white” blood flowed from her body and not red which symbolized her purity and innocence. The mystery was compounded by the story that birds in the area flew to cover her body as she gasped for her last breath.

Dying resulting from the stabbing, Mahsuri ultimately laid out the curse which set the whole archipelago in bad luck for across seven generations. A few years after her death, the curse was set into place which had the group of islands overran by the Siam and the complete devastation of the rice fields and granaries before getting taken over.
Nowadays, the footprint of this tragic event remained evident, specifically at Padang Matsirat.

The Breaking of the Legendary Curse

The curse was indeed lifted on that fateful day that Sirintra was born as evidenced by the development that took place in the inhabited archipelago starting in 1987. It was during this year that Langkawi earned the “tax-free” status in the hope of boosting its tourism.

Presently, the place has become a tourist magnet, especially from people across Europe where the archipelago is a staple part of the list of destinations to visit. From the mainland or elsewhere, entry into the archipelago is available by means of air flight or boat. Inland, there are land terrain vehicles that are available to let you traverse the landmass and discover its beauty. 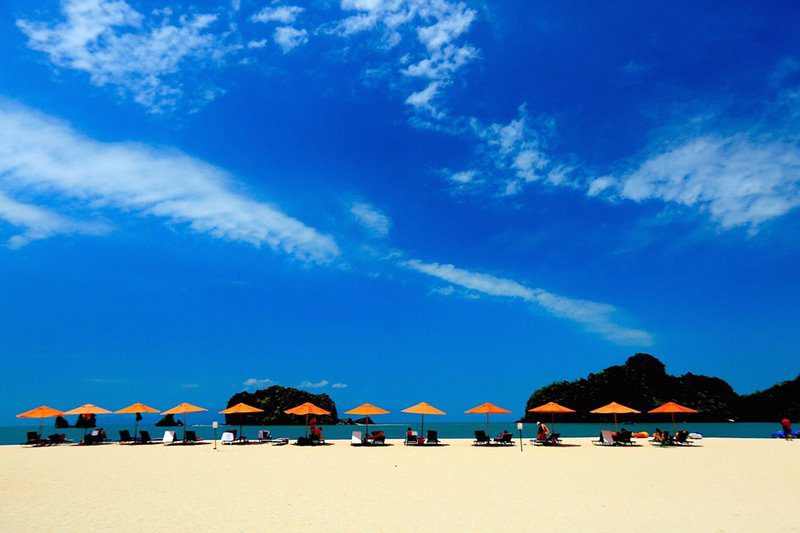 Things to do in Langkawi, Malaysia | Tourist Attractions

Langkawi is one of the most eye-catching places in the country of Malaysia. Offering cold sea breeze from its waters, and also thrilling activities like scuba-diving, island hopping, and undersea exploration.  Langkawi is also home to some of the world’s most serene beaches namely Datai Bay, Pantai Cenang, and Tanjung Rhu. The physical dimensions of the island require travelers to rent a vehicle for its exploration, so much so that walking is not an option. The following are just some of the activities that could be done in the area, but not limited to:

This is one of Langkawi’s best tourist attractions as well as. The Waterfalls and the rainforest that is perfect for a picture-perfect moment that will surely leave a good impression of this wonderful place, as well as having IG-worthy photos. Just a friendly reminder, be wary of the freezing cold temperatures that are so chilling, one will need a very handy sweater to provide the needed warmth. If you ever have an idea to visit this wonderful work of art, you can locate it at Jalan Telaga Tujuh Teluk Burau, Langkawi Kedah 07000.

In English, it is called the Eagle Square. If you are a bird enthusiast, then you will surely be loving another work of art that is situated in this place. Located in Kuah Jetty, the mixing color of red and brown eagle was built to serve as an emblem of the island that is Langkawi. Local folklore indicates that the name Langkawi is derived from the Malay words ‘Helang’ and ’Kawi’ which means eagle and reddish-brown respectively.

Located near the monument, these shops are highly suitable for gift shopping, and a Jetty Point Mall which offers kid-friendly chocolates and men-loving alcohol.

Adventure awaits in the area’s Cable Cars. These cars take the daring adventurers to the mountain which is Langkawi’s second-highest peak, Mount Mat Cinchang, in itself is located in The Oriental Village of the area. The Village houses a souvenir shop and a garden, adventurers usually pay first at a customer counter before being on the cable-car pedestal from which to start their cable-car adventure. Much like the Sky Bridge before, the temperature drops immensely with altitude as the cable-car accepts the windy breeze going through the double slits that allow the air inside the cable-cars. At an altitude of 600 meters, the cable-car passengers have the choice to either disembark the craft or go on and observe through the deck that offers a good view of the surroundings. Most, however, would choose to go on the peak of the mountain, whose view is said to be even more fascinating than before. Be wary however of the sudden jolts that would be encountered within the final moments when approaching the second station, the experience would be just like encountering turbulence in an aircraft. Coming downrange the cable-car experience and after the immersion with the imagery, one may find the souvenir shops after the ride astounding. 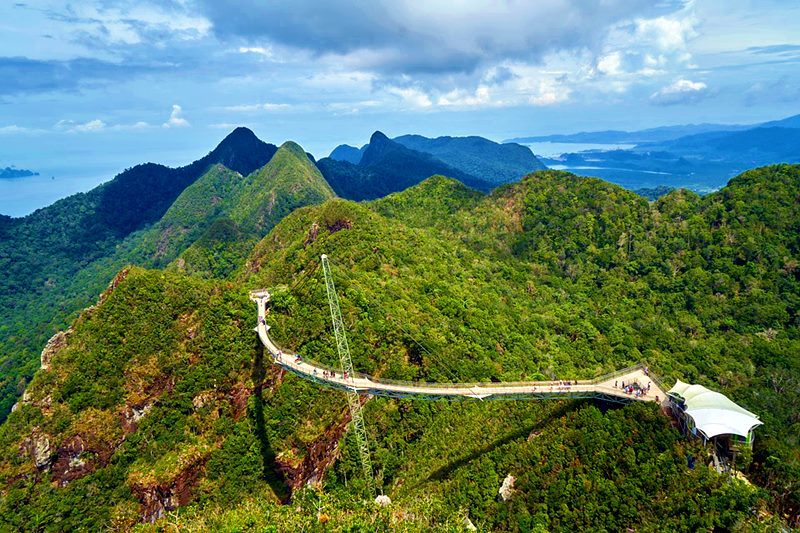 Visiting the famous bridge named after the sky of Langkawi, this is accessible only through the final sections of the ride offered by cable cars. Being in the Sky Bridge offers a mesmerizingly astonishing view of Mount Mat Cinchan.

If you have a dream of being a professional diver or a world-renowned marine biologist, then this place will treat you generously. With an area of more than six acres, this underwater world has a lot of surprises. Located at the southern edge of Patai Cenang, it is considered by records as the Malaysian Country’s largest aquarium. It houses more than two hundred different species of marine and freshwater wildlife such as the harbor seals, rockhopper penguins, several species of sharks and the huge Amazonian Arapamia, the world’s largest known freshwater fish. Several sections within the aquarium describe several different biomes such as the Sub-Antarctic region which contains penguin samples. This man-made artificial wonder is located in Zon Pantai Cenang, Mukim Kedawang.

If underwater choices are not really your type, then perhaps one will find joy in a journey in this mountain. It is known as the highest mountain in the area and one of the tallest in all of Malaysia with a recorded height of 881 meters. Its heavily forested areas serve as the habitat of several species of wildlife like mountain hawk eagles and other species of birds such as white-bellied sea eagles. According to indigenous beliefs, the mountain is a supernatural haven of a giant creature names Mat Raya. The drive through the roads to the mountain is half an hour long overlooking the sea, neighboring isles, and several other sights. The best seasons and hours to visit the mountain is within the months’ range of November and March, wherein expected rainfall is low and skies will be clear and devoid of any weather happenings that may hinder the viewing experience. The mountains are located in Jalan Air Hangat of Langkawi.

Langkawi Wildlife Park intuited in Belanga, Pecah is an animal safari with physical area and dimensions of five acres. Launched officially in the year 2002, it houses nearly two hundred species of birds of all different colors and sizes from all over the world. A walk-in aviary and an artificial feeding center for birds and people to interact with as well as a fifteen-meter man-made waterfall. About a time period of ten minutes from Kuah, the complex has another aviary of massive proportions that is home to an approximate of one thousand five-hundred bird species flying freely along the aviary’s walls. The wildlife park is a popular stop-over for the people of the place and more so for the people seeking shelter during rainy days. Located at the gallery’s back one can see newly made crystal ornaments from the countries of Brazil and China. Curative and therapeutic properties could also be learned aside from historical facts from the friendly staff in the wildlife park.

The place truly is a place to behold. The place is a good stop-over for anyone who has an interest in nature and wildlife. Different people can have fun in this place that holds several amities for several needs. If one needs time to relax and time for a good vacation. People should have a very good time being in this place called Langkawi of the Country of Malaysia. 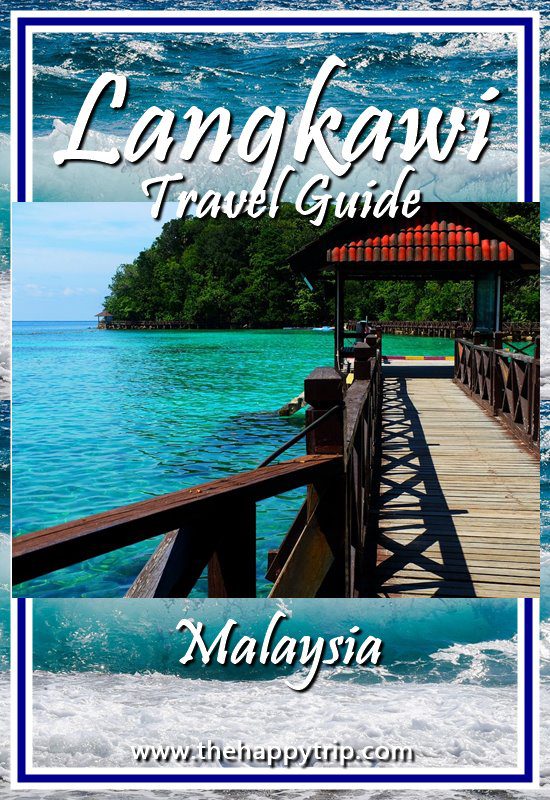