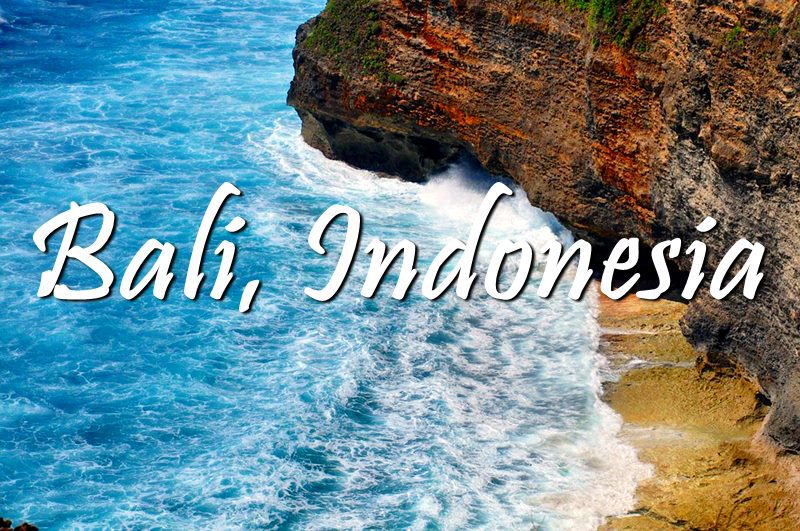 Land of the Deities

You have got to be living in a myth if you believe you are living among the gods. Perhaps, a Norse, Greek, Roman, or any other culture in their oriental counterparts. But if you live in a predominantly Hindu region—such as in Bali in Indonesia—you would be living the idea based solely on your belief.

In fact, for one so deeply polytheistic as Hinduism, the island of Bali is an enduring testament that gods might still likely be involved in human affairs—at least, to those who believed in the faith.

It is, therefore, with inevitability, that Bali, Indonesia is considered the “Land of the Gods” in the South East.

But while some may take this claim as mere empty words or something deeply esoteric among Hindus themselves, the idea is more pronounced even for the non-believers of the same faith. Yet, what better way that it does so than to erect some multitude of temples (called Pura) to depict the many gods that is lore among Hindus.

When you think that a handful of temples would be considered many enough for the audacity of a certain faith to reverberate across the region, the place has a plethora of temples, counting to 20,000 unique structures as of the last count.

However, not all of these temples share the same stature all the same. Some are regarded “holier” than others which makes them the greater temples of the bunch while the rest, being less so. Take, for example, Pura Besakih which is regarded as the holiest of all temples and the “mother” to them all.

Yet, looking into the religion, these 20,000 temples littles in comparison to its astoundingly 330 million gods and goddesses combined, all of which classified according to their traits.

Although for most people, it cannot be helped but be captivated in the prevailing religion of the land—which is essentially Bali’s own spirit—there are other noteworthy elements that make the island worthy of people’s visit. 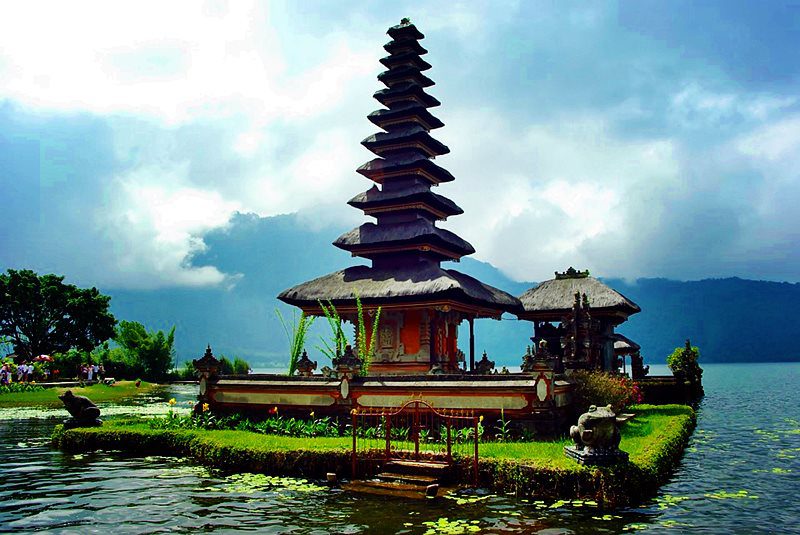 Take, for one, the exuding culture of Balinese which are distinct from their neighboring regions despite sharing the similarity of being one nationality. From the outset, the Bali people are said to show welcoming hospitality which, perhaps, make up for why it has become a tourist-magnet destination for the whole archipelago.

But there are also other telling signs of the place rich culture that is visible for many to see.

While the infrastructures are already very telling of its distinctness as heavily influenced by the dominating religion, other aspects of Balinese life are also affected. From the unique and otherworldly dance moves and ceremonies in addition to the arts and crafts that are all peculiarly Hindu, the Bali people and their religion are heavily entwined.

Yet, while mesmerizing the experience in Bali, Indonesia, do not forget the other equally important parts of your visit if you are on the island. By this, I’m specifically referring to the geographic makeup and the vistas that make the island a picturesque place to visit. 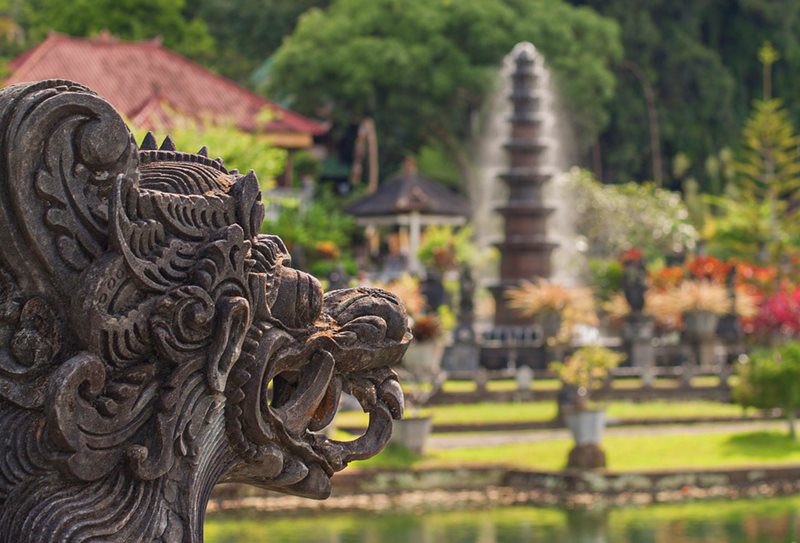 Bali, Indonesia caters to a lot of temples; it is even said that there are more temples than homes in the place. These temples are actually shrines that are quiet and isolated but transforming to a festive place every temple anniversaries and festivals. During these events, there are dance performances, gambling, and cockfighting. All of the temples in the area are either facing the sea, mountain or sunrise.

Among all the temples, some of the most famous ones are the following:

If you are seeing temples in Bali postcards, more probably that temple is the Tanah Lot. This temple is the most photographed and most visited temple in the island. Tanah Lot which means ‘Land (in the) Sea’ is the home Pura Tanah – an ancient Hindu pilgrimage temple. This temple has been built in the 16th century by Dang Hyang Nirartha, one of Bali’s religious figure and a Hindu traveler. The historic temple sits on a rock formation that has been restored when it started to crumble in 1980. At present times, the site is the best spot to witness the sunset; however, some find it hard to appreciate it due to the overpopulation of tourists visiting every day. 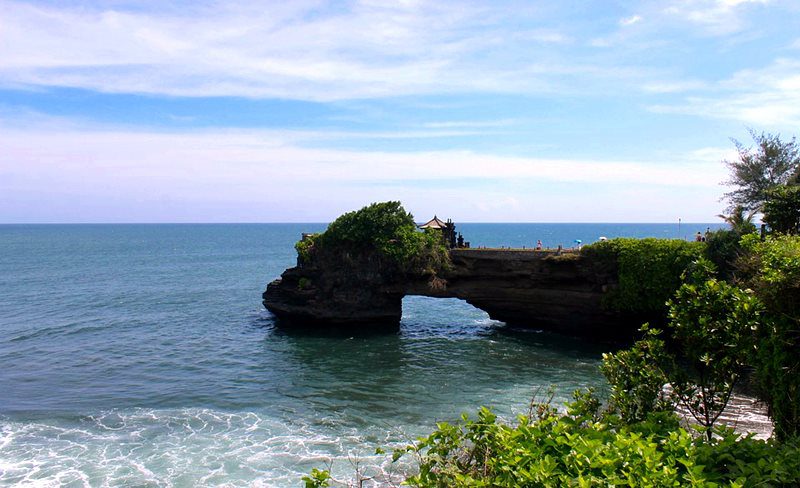 Situated at the top of a steep cliff that is around 250 feet above sea level, this temple is famous for the said wonderful location. This is where its name, Uluwatu, is derived from; Ulu means top/tip and Watu means stone/rock. Uluwatu Temple or Pura Luhur Uluwatu is believed to be one of the six key temples of the island’s spiritual pillars. Same with the Tanah Lot, Uluwatu is also being shown in Bali’s postcards and have a good view of sunsets. One of the highlights of the temples is its two entrances which are both split gates that have carvings of flowers and leaves; in front of the gates are a coupling structure of an elephant head with a human body.

Located at 1,000 meters high at Mount Agung’s south-western slopes, this temple is more commonly known as the ‘mother temple’. This Besakih is considered to be the holiest and largest temple on the island as it contains about 86 temples and 18 others. Three of the said temples are dedicated to the trinity of Hindu; Pura Penetaran Agung for Shiva (the destroyer), Pura Kiduling Kreteg for Brahma (the creator), and Pura Batu Madeg for Vishnu (the preserver). A lot of the inner courtyards are reserved for the pilgrims and are not open to the public.

Goa Gajah which is ‘Elephant Cave’ when translated into English actually doesn’t have any elephants within. There are some theories on the origin of the name such as Gajah came from a stone figure of Lord Ganesh found in a cave and this figure is characterized by the head of an elephant; other studies show that it came from the name of Antakunjarapada which means elephant’s border. Some things to see in the area are a meeting hall, old stone carvings, a pool with five statues of Hindu angels, rice fields, small streams and arts, and souvenir shops. Like any other temples, this site was built for prayers and meditation.

Aside from a large number of temples, the place also embraces nature and wildlife resources. Remember the movie Eat Pray Love? Yes, the one starring Julia Roberts where her character needed to find her true self. The movie mostly depicts scenes from the area, specifically in the town of Ubud. After seeing the movie, everyone will surely love the calm feeling of living in the urban area. Here are some of the main attractions in the mentioned town of Ubud:

Tourists visiting this rice terraces always take the opportunity of having a dramatic kind of photo opportunity as it offers a picturesque view of nature while having a cool and breezy surrounding. The Tegallalang Rice Terraces is famous for its rice paddies that involve the subak or the traditional irrigation system of the locals. This spot is also perfect for painters as there is a number of art cafes nearby. This site is located in the town of Ubud.

Also located at Ubud, this Sacred Monkey Forest is the best known macaque-inhabited forest and is probably one of the main attractions in the town. This site is a sanctuary of a group of grey long-tailed macaques. Visitors can watch the monkeys freely play and swing through canopies, feeding them with bananas is also fine. In this forest, also lies a temple and village funerals.

For good shopping of locally made hand-crafted goods like woven bags, hats, baskets, statues, silk scarves, shirts and more, this market is a perfect choice. Every visitor of the market will surely admire the craftsmanship and artistry of the Balinese. Compare to other markets like Kuta, Ubud Market sells higher quality items. Don’t think of spending huge money here as bargaining is always welcome. 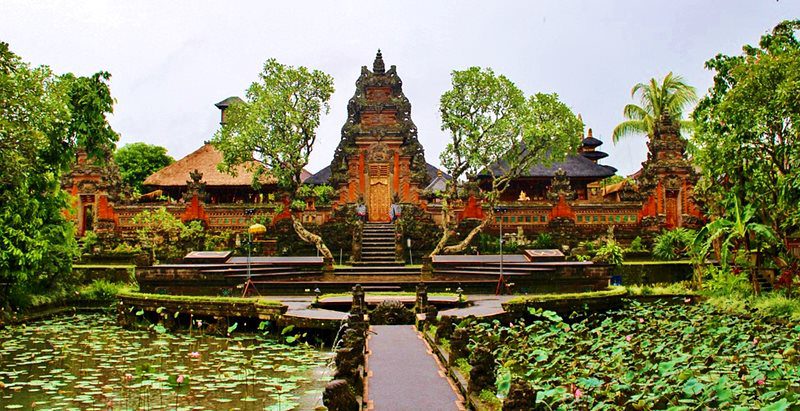 More attractions in Bali that are outside the town of Ubud are the following:

The Mount Batur or the Kintamani volcano is a popular trek on the island especially in the early morning as the sunrise can be observed from the ridges of the place. The volcano surrounds the Batur caldera lake and a trip down to the lakeshore can be very exciting. Three main villages in the area are Kintamani, Penelokan, and Batur. At Penelokan, you can see the best view of panoramas.

For animal lovers and an absolute fun trip for the whole family, this animal theme park is the place to be. This park is home to more than 60 species, of which all can roam freely on a mimic look of their natural habitats. A safari bus is available in order to witness the wildlife animals such as elephants doing a talent show, baby orangutans, and water animals like baby sharks. Other animals that you can have a close encounter with are tigers, giraffes, hippos, deer, zebras, ostriches, camels, lions, and more. 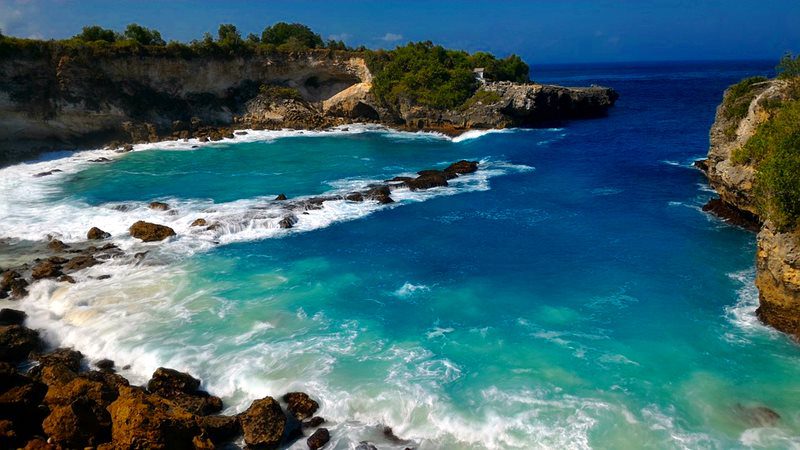 The Harmony Hotel Seminyak
Drupadi No. 234 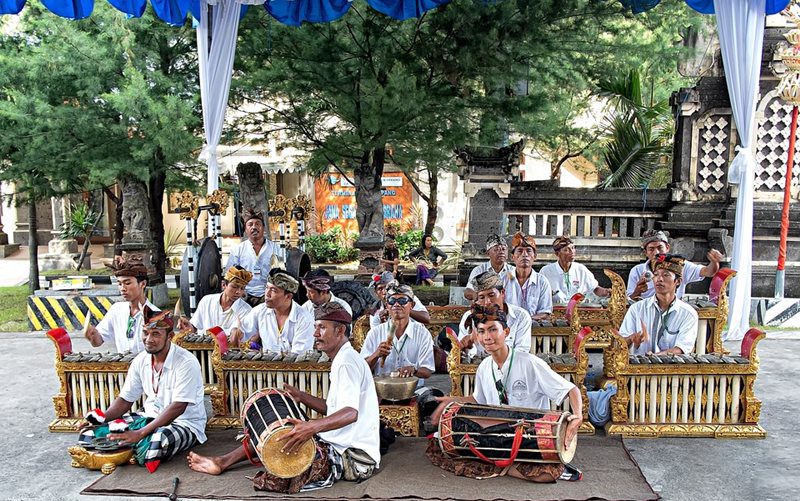 How to Get to Bali, Indonesia

Bali by Plane from Abroad

During our latest trip to Indonesia, we used the bus train and boat to visit major provinces and cities. However, I guess for anyone who would visit Bali, you must take a domestic flight. Direct flights to Bali are available in most major cities in Indonesia. Various airlines such as Air Asia, Wings Air, Sriwijaya Air, Citi Link, and Garuda caters to various routes within Indonesia.

From Java to Bali by Boat

If you are from Java you can travel by boat to reach Bali. You need to go to East Java and proceed to Ketapang Port and take PELNI Ferries to reach the Gilimanuk port in Bali. Gilimanuk is the only port that serves the 2 islands. Travel time is approximately 30 to 45 minutes to cross the water. While the ship is relatively safe for travel, most tourists gave it unfavorable reviews especially in terms of sanitation and poor facilities.

From Lombok or Gili island to Bali by Boat