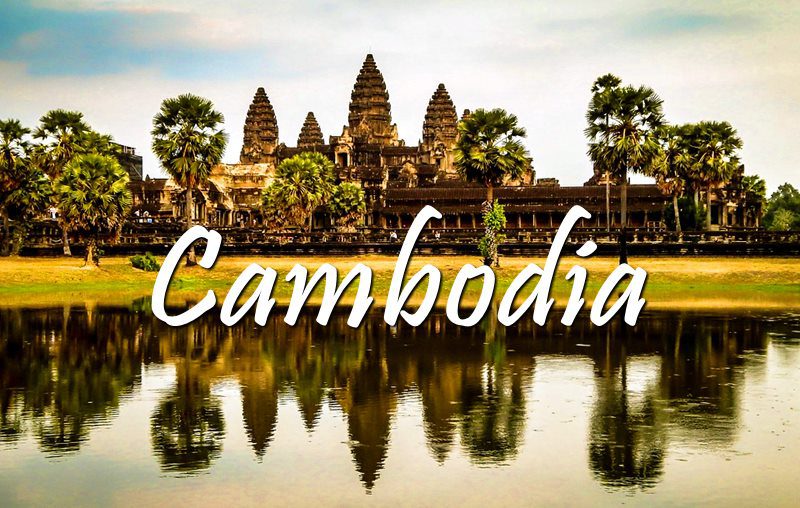 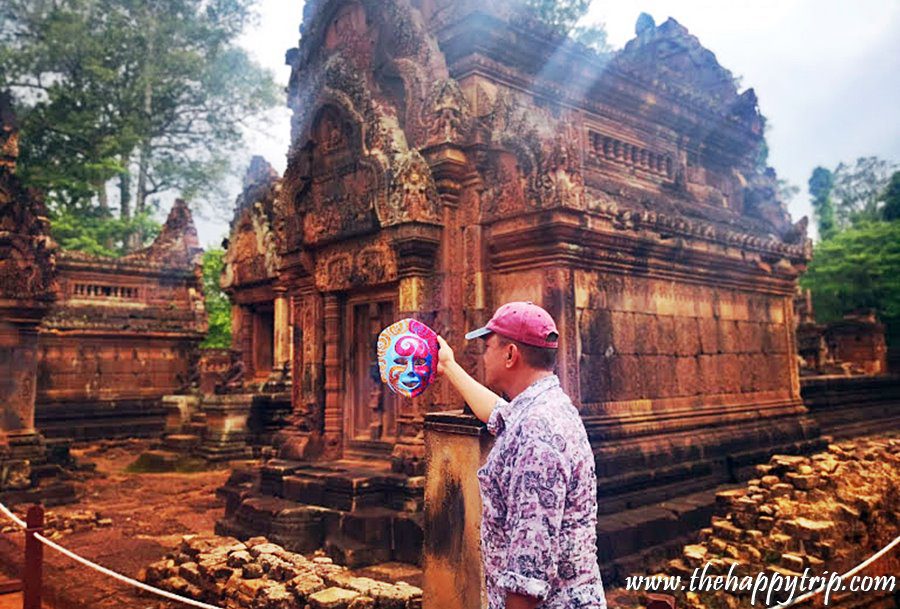 Against All Odds: Rediscovering Cambodia

Many define a country from what they see. Others, however, define it based on its history. Many nations have gone through changes across time. Oftentimes, how we see countries of today may not be the same case in their former timeline, for better or worse.

Such is perhaps the country of Cambodia, a country rife with inner turmoil but once was a kingdom reckoned by its neighbors in the Southeast.

What was at the time of its unification a kingdom called “Kambuja” under the rule of Jayavarman II which begun the Khmer Empire, this previously Hindu realm has had its prosperity lasting for 600 years.

During the Angkorian period—a time when the Khmer empire’s power is at its peak—the kingdom of Kambuja extends in broader lands, of which are now territories of its neighboring nations, Laos, Thailand, and Vietnam. This is only telling of the might and richness that the Indianized state was which made it renowned among its neighbors.

It is during the time of the growing might of the Angkorian period that the empire began establishing monuments that symbolized the prevailing religion of the country at the time. Of these infrastructures was the iconic Angkor Wat which is, by regard, the world’s largest building and symbol to the country of Cambodia.

Originally, meant as a beacon for the Hindu faith dedicated to the god, Vishnu, the monumental temple eventually had a facelift when one Khmer king shifted the kingdom’s religion to Buddhism. That, only to return to Hinduism, until finally settling as a predominantly Buddhist kingdom at a later time up to the present.

But overpowered by the growing might of the Ayuthaya civilization, the once-mighty Khmer Empire had fallen as a vassal state to its nearby kingdoms which significantly weakened its power and influence in the region.

The kingdom soon fell to foreign rule when the French colonized the country until it finally earned its freedom in 1953. 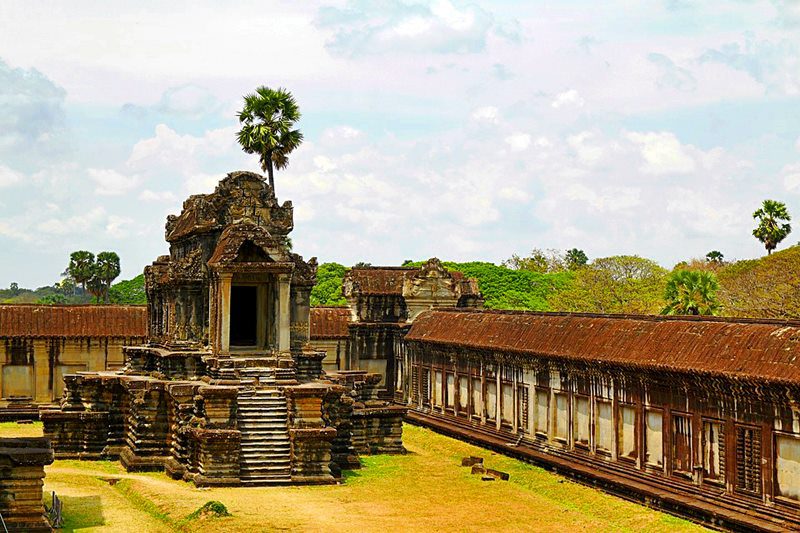 The country of Cambodia never returned to its glory since attaining sovereignty from foreign control and has thus just become a vestige of its previous glorious form. For a long time—until only recently—the country has had a troubled economy resulting from the damages of civil unrest and wars.

While the country may still lack the right elements to catch up with its developing neighbors, it is nonetheless rich in many beautiful and historic places which makes it worthy of a first look and actual experience. In fact, when you talk about the Cambodian economy, tourism plays a significant role in it, apart from the aid it is getting from developed nations across many borders.

But, like many countries, the real treasure in the struggling country is arguably in its people who are constantly thriving despite the predispositions the country is set in. But overlook the hardships and the flaws, the Khmers are so significant in history, they are essentially interwoven with the land they call their own sovereign land.

Although with their own quirks, part of what makes a visit to this country good is by seeing first-hand a unique culture that partly defines a nation. 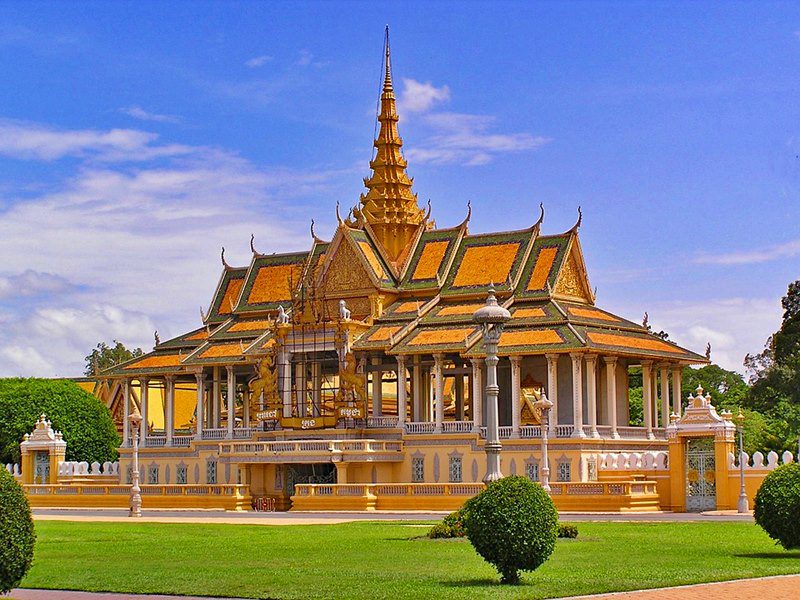 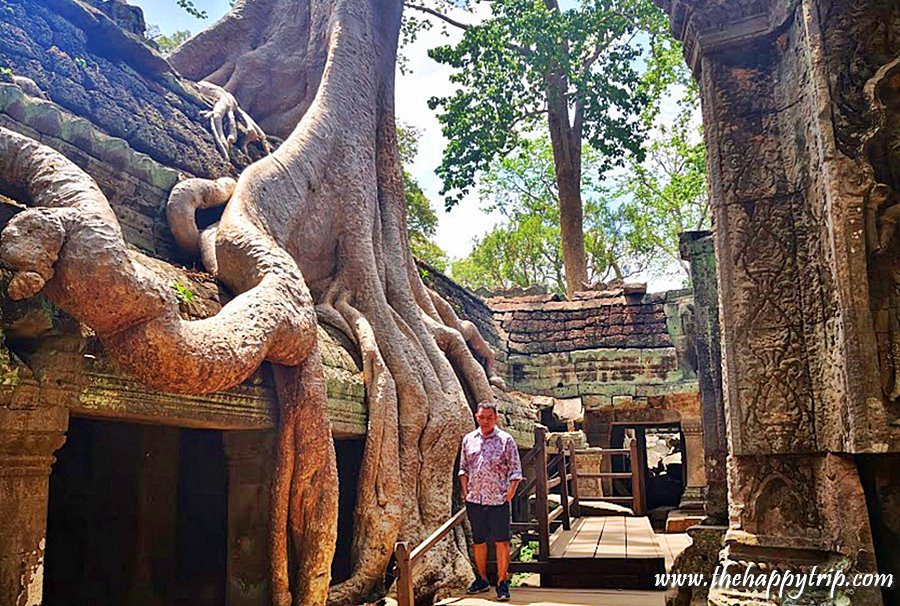 Cambodian Riel is the currency of Cambodia. However, USD is widely used around the country. Commodities are priced in USD, however, you will receive Riel for a change when you purchase.

It is recommended to bring a universal adaptor when you travel. Cambodia has 230V AC electricity. Power outlets in hotels are two-prong round sockets similar to that in the Philippines.

Indonesia, Brunei, Laos, Thailand, Malaysia, Philippines, Singapore, Myanmar, and Vietnam passport holders can enter Cambodia Visa-free. For
For other tourists, you can avail of a 30-day tourist visa on arrival at 30 USD. Be ready to present a passport-sized photo. For easy traveling, you can apply an e-visa before your trip here, www.cambodiavisagov.asia 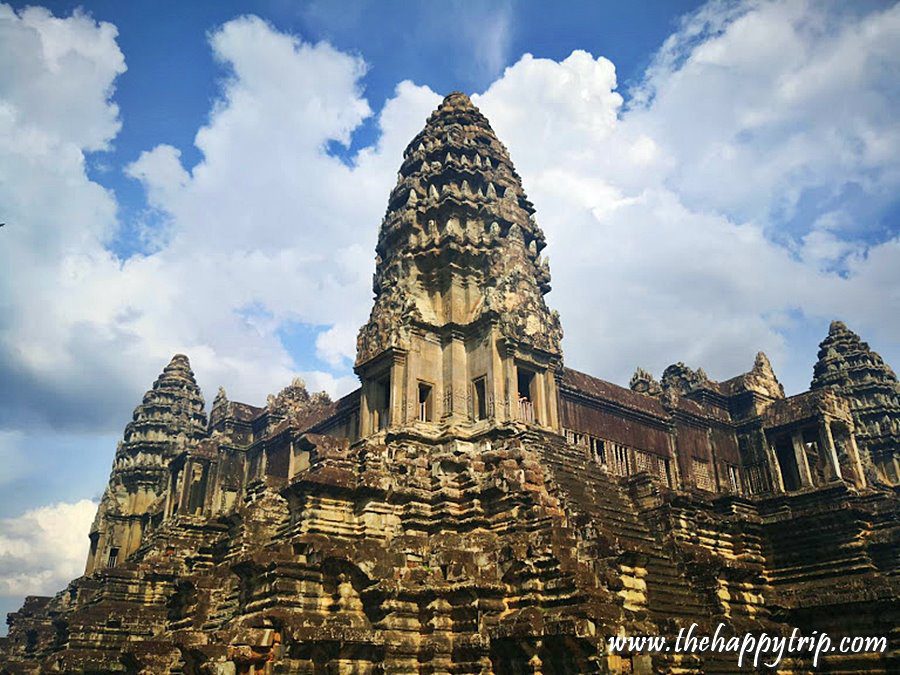 Traveling to another country can be very expensive but there are places which are budget-friendly as well; for Southeast Asia, Cambodia is one of them. From transportation, accommodation to food – almost everything is cheap so saving money is not really a huge problem. Aside from being perfect for the budget traveler, the country is also rich in arts and culture that can be witnessed on its temples, and religious structures; eco-tourism and wildlife are also part of the tourism of Cambodia.
For some guidance on the top tourist destinations in Cambodia, here are the following facts:

When visiting Cambodia, Angkor Wat is on the top in the list of agendas. Angkor Wat which means ‘temple city,’ was originally built as a temple for the Hindu but eventually converted into a Buddhist one. With its perfection in the structure, it is definitely the largest and one of the finest monuments in the world. This site is actually a part of UNESCO’s Wonders of the World.
Address: Krong Siem Reap, Cambodia
Province: Siem Reap Province

Serves as King Sihamoni’s official royal residence, The Royal Palace is one of the grandest places to visit in Cambodia. Though some areas are closed to the public, there are still many areas that visitors can explore to like the Throne Hall and Silvering Pagoda.

King Sihamoni / Norodom Sihamoni is Cambodia’s ruler since October 2004; he is the eldest son of King Norodom Sihanouk and has succeeded the latter.

The Wat Ubosoth Ratanaram or the Wat Preah Keo Morakot is also called the Silver Pagoda. The structure is found on the south side of the Royal Palace, Phnom Penh.
Address: Oknha Chhun St. (240), Phnom Penh, Cambodia 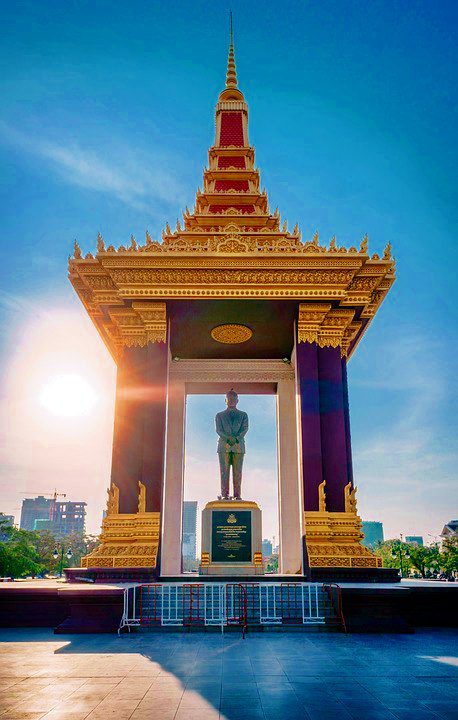 Shopping and Souvenir Hunting in Cambodia

One of the largest markets in Phnom Penh, the Central Market was constructed in 1937. As you enter the place you will see a line of stalls selling various items such as souvenir shirts, jewelry, carved items and much more.
Address: Central Market, Phnom Penh, Cambodia
Hours: 7 AM–6 PM 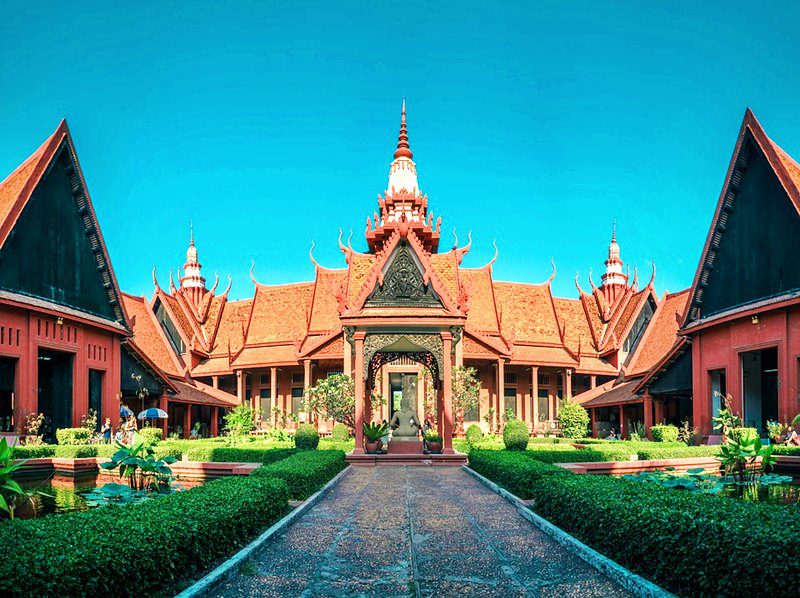 This museum is located at Phnom Penh and is the leading historical and largest museum of culture and history. It houses to world’s finest collection of Khmer art that includes ceramics, sculptural, ethnographic objects, and bronzes. Visitors will be greeted by a large bronze sculpture of Vishnu statue which has been discovered at a temple near Angkor Wat dated 1936. Do remember that taking photos inside the museum is strictly prohibited, but is allowed in the courtyard.
Address: Preah Ang Eng St. (13), Phnom Penh, Cambodia
Hours: 8 AM–5 PM

Located just at the back of The National Museum, this live show embraces traditional dances and music of Cambodia. As the country is rich in culture and arts, this performance is definitely a must to see. It is a one-hour performance from Mondays to Saturdays every 7 in the evening.
Nature and wildlife attractions

Phnom Kulen or Mountain of Lychees is a mountain range located in Siem Reap province.  Cambodians consider the mountain to be the most sacred one in the country. For visitors, it is possible to go at the peak via a developed road and a charged of a certain amount is required for the maintenance of the site. Several temples can be found at the hilltop; however, most are already in poor condition. Despite that, it still one of the visited sited in the country.

For nature lovers, this place is the best place to go to. Some activities in the tour at this center are feeding the elephants, entering the private dens of tigers, getting up close with gibbons and leopards, and interact with baby macaque monkeys. Cambodian style lunch can also be enjoyed in this place as well. 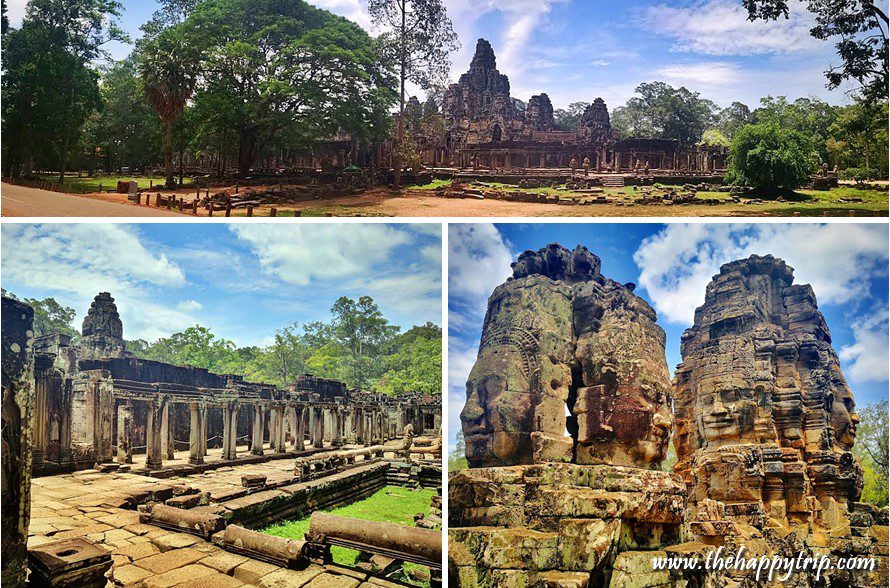 HOW TO GET TO CAMBODIA

One of the best ways to enter Cambodia is through the Siem Reap Airport. Cebu Pacific is flying the Manila-Siem Reap route three-times-weekly and is offering one of the lowest fare rates. For your budget trip to Cambodia check the schedule and book your flights here, Cebu Pacific  Manila Siem Reap 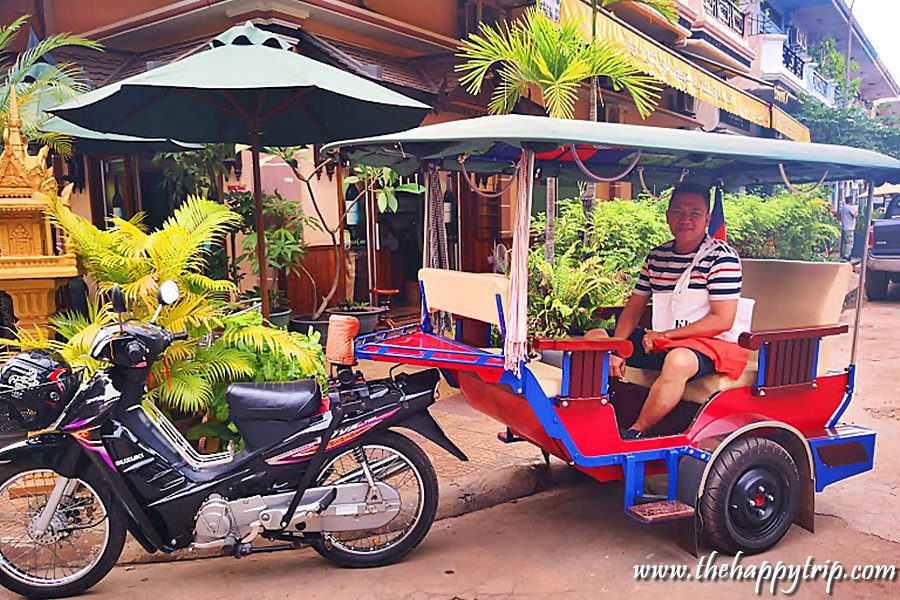 Getting to short destinations in Cambodia comes very easy with their famous Remorque (Tuktuk). It would be best to download Grab App to get this Remorque or car to bring you to your desired destination. 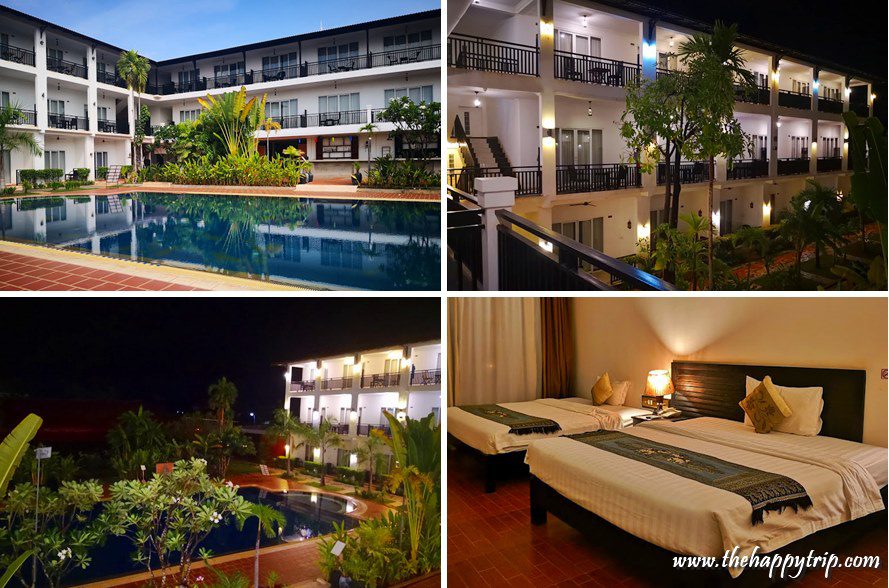 Listed below are some of the hotels in Siem Reap, Cambodia. You can book a room and get the best deal by clicking on the link/name of any of the hotels below. 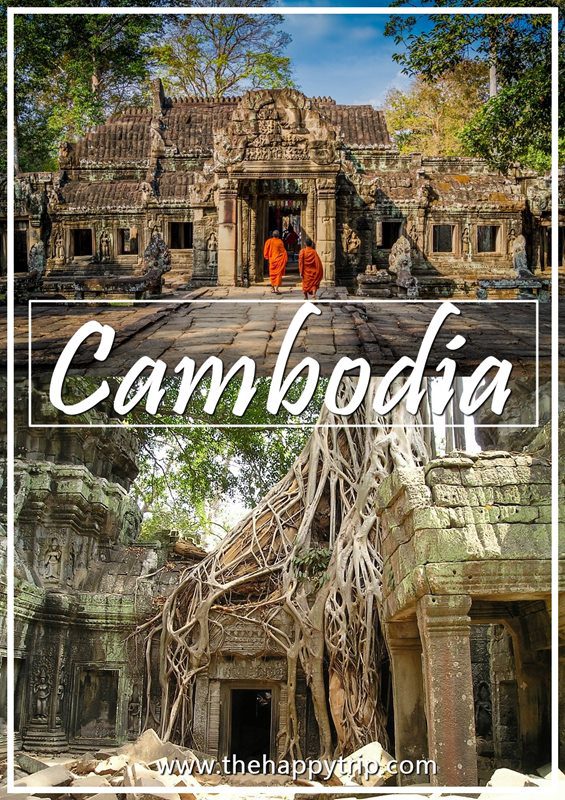 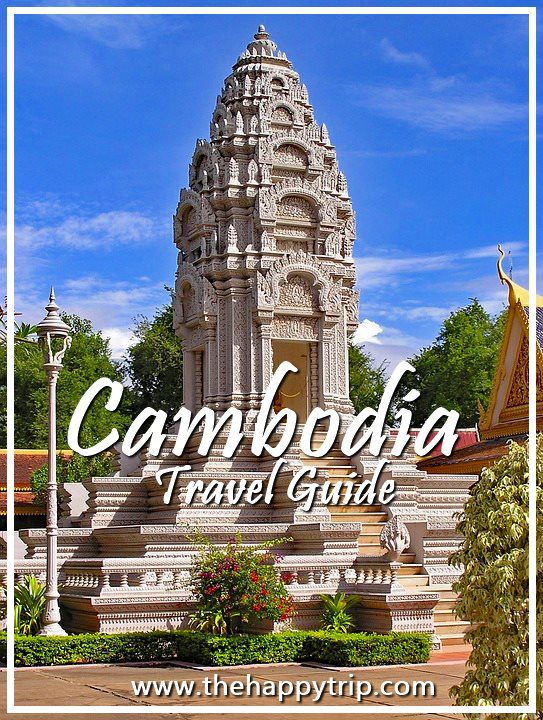