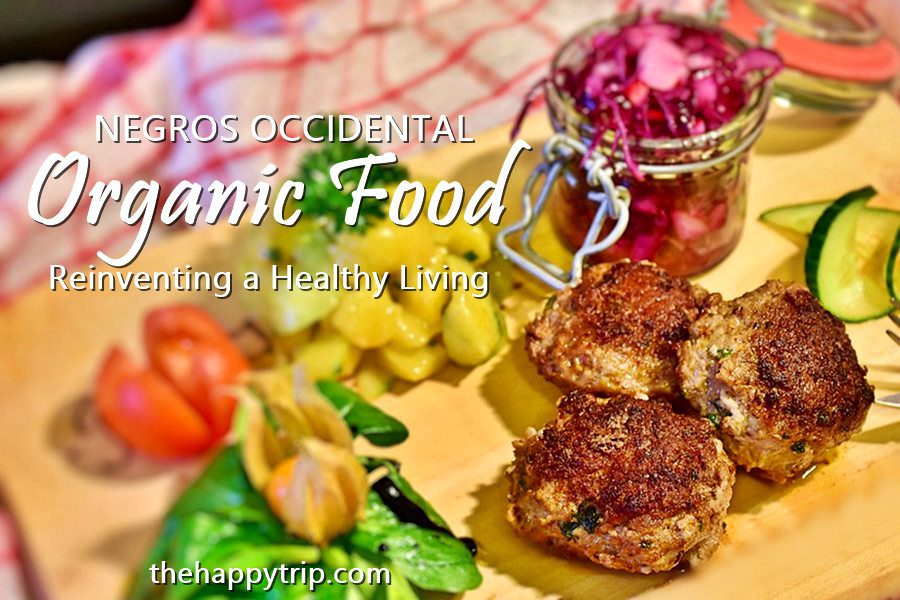 Food, as described by Maslow’s hierarchy of needs, belongs to the base part of the pyramid, making it one of the “basic” requirements, which people need to satisfy and to survive. Thinking about it carefully, food from being a survival need emerged to be artistic and innovative in many different ways. With the emergence of different restaurants and food hubs, the concept of food being palatable or delicious plays a significant role in the eyes of every individual. But more than the taste, it is noteworthy to know that more than anything else, health should be given ample consideration.

“You are what you eat,” that is what the famous has to say. If people are fond of going for fast-foods or other heavily processed food most of the time, we can pretty much conclude that the same food is going on in one’s body system. Thus, sacrificing the quality of health and life in general. 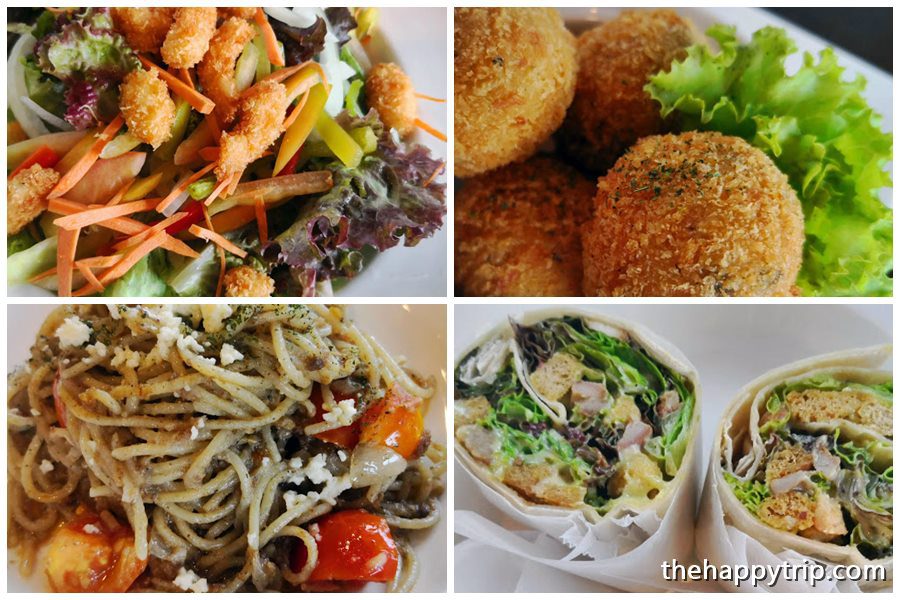 Negros Occidental, being home to many delicious cuisines, is also one of the most progressive advocates of healthy eating. Hence, labeling the province as the “Organic Capital” of the entire archipelago.

Health is wealth, and if we could do something to make the food we eat equally delicious and healthy, aren’t we willing to extend an extra mile to achieve it? The concept of producing organic food plays a vital role now in creating sumptuous meals that are healthy for one’s body.

Negros Occidental is famous for its palatable Chicken Inasal, Pata/Bulalo, and desserts like Napoleones and Piaya. But more than these, several restaurants are also taking doable steps to upgrade the quality of their products in an organic one. Another notable contribution of organic food is that it is environment-friendly, making it a significant step towards cleaning and greening our environment. 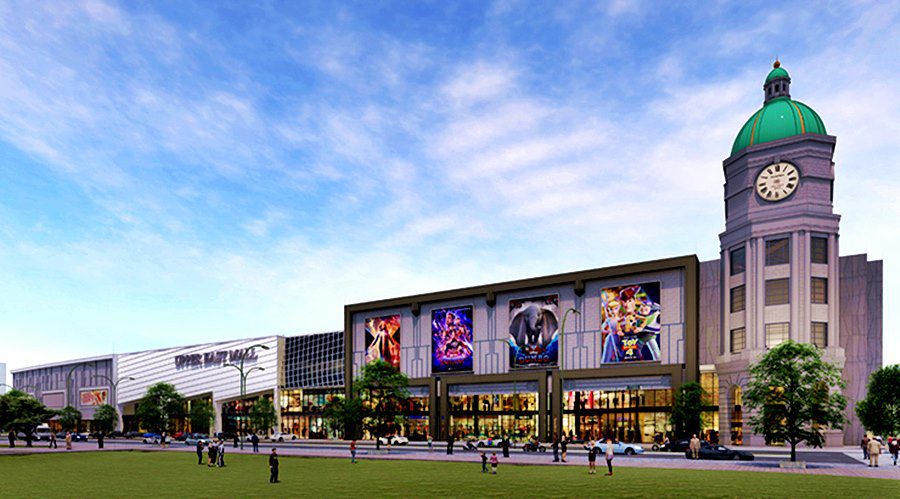 Megaworld’s “Green Mall” to be constructed soon in Bacolod City

A concrete example of this is the Green Mall, soon to be constructed by the Megaworld Lifestyle Malls. The structure will be living up to its vision and mission of contributing to an environment-friendly establishment. The unique features include energy-efficient architecture and design, crawling escalators, harvesting system for the rainwater used in watering the plants, and solar panel roofing. Aside from these, the Green Mall will also cater to several restaurants that offer organic food, which all mall-goers could enjoy with the rest of their families. Plus, these restaurants will be situated near ponds and other natural resources, making one experience a real “with nature” vibe while eating. As a pioneer in terms of environment-friendly establishment in Negros Occidental, we believe that this is just the beginning of something great. In the future, it is hoped there would also be other establishments and buildings which would continue the innovative, revolutionary structure of Green Mall. 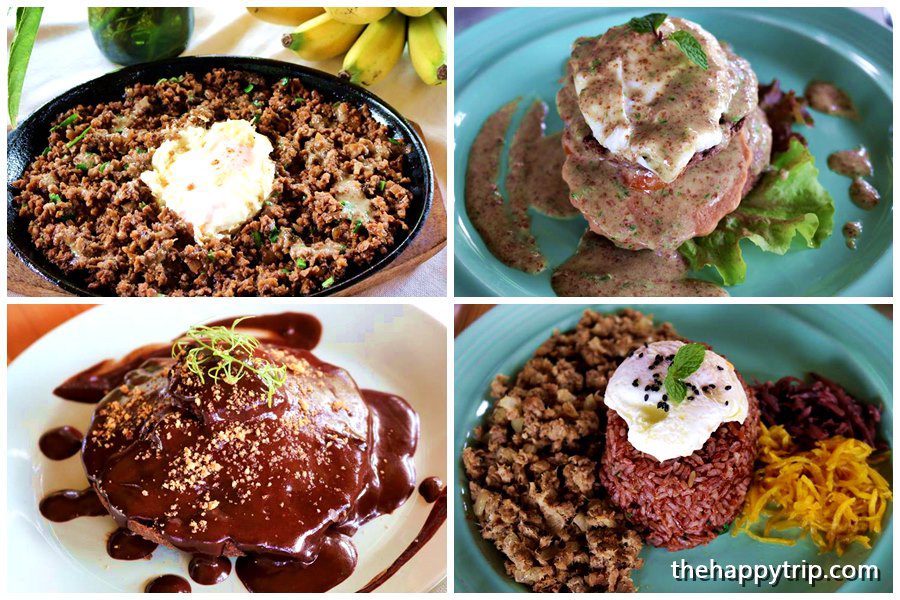 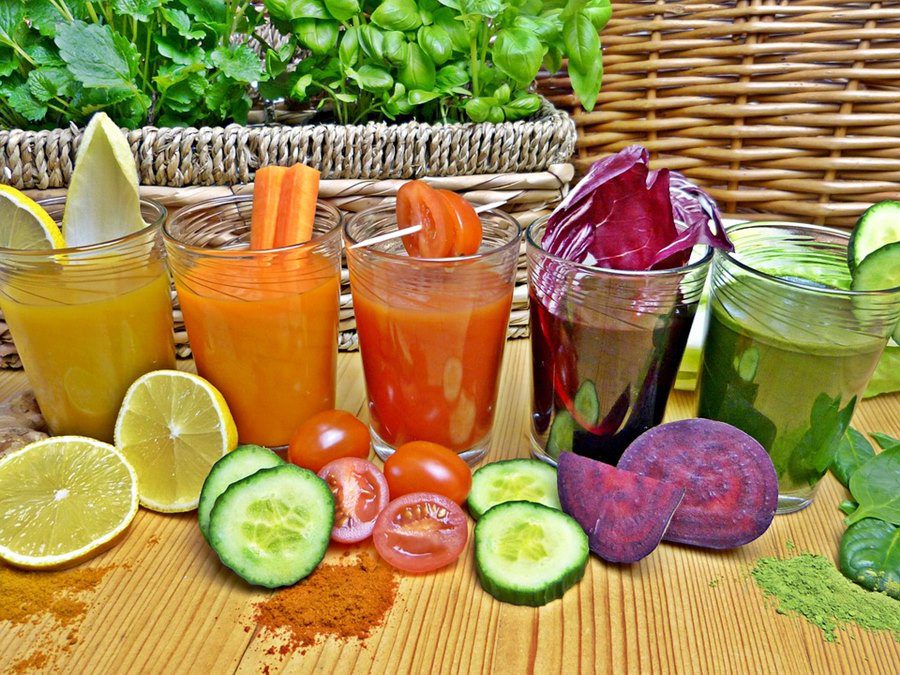 1. Organic food Spares you from GMOs

Genetically modified organisms have long been discouraged from being part of people’s diets. The genetic mutation happening to the present body in a portion of food is known to bring numerous health hazards and threats, making it generally harmful for one’s being in the long run. So, consuming organic food can help you consume GMO-free food! The risks of chronic diseases caused by GMOs will be prevented, making one experience a much healthy lifestyle and a longer life span. This is one of the main reasons why a lot of health-conscious individuals would go the organic type of food.

2. It Provides the Needed Nutrition

Since organic foods are more delicious, these are also more healthy compared to the usually processed products. There is a study that suggests that we get more iron, magnesium, phosphorus, polyphenols, and Vitamin C when we consume organic food. Scientifically speaking, organic food is much healthier compared to other type of food. Not only it is delicious, but it is also loaded with the needed nutrition for the body to do its day to day activities.

Pesticides and herbicides do not play any role in producing organic food. Because of this, health-related complications may be prevented. Just imagine, if these pesticides and all other chemically produced injectables and sprays are not safe to inhale, how will be safe to consume? The good thing about organic food is that it secures us from the accidental ingestion of such chemicals, which could lead to numerous adverse effects on our health. 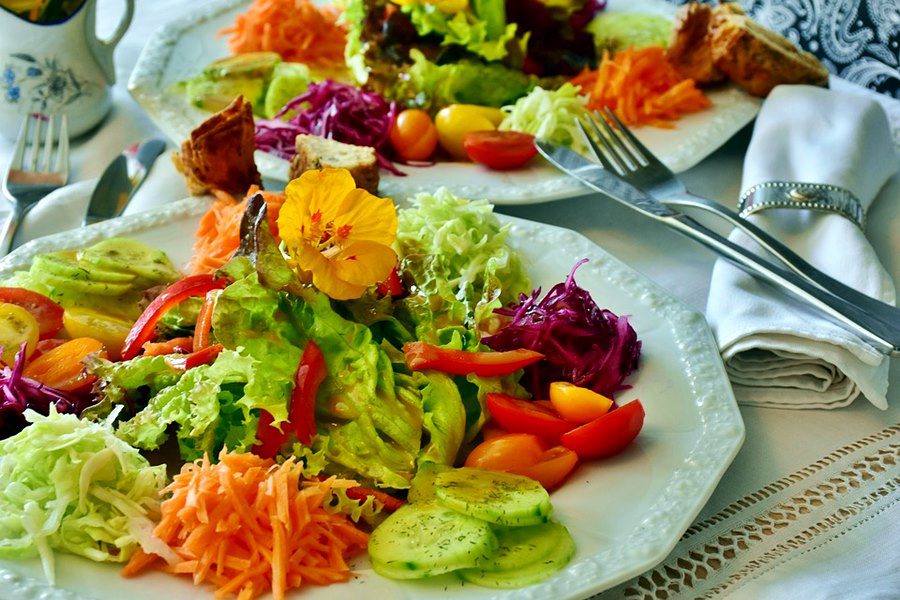 4. Organic Food is the Top Quality

Aside from vegetables, meat, and dairy products may also fall into the organic food category. When these piggery and poultry products are reared the natural way or the organic way, then their quality is also considered as prime. In this case, these become delicious and at the same time, healthy.

There would be no space for contaminated food to be served as part of your meal. Suffering from amoebiasis or all other harmful living organisms, which may cause hazardous effects on one’s health, is prevented when we use organic foods.

Nothing beats the feeling of security. The fact that you can eat deliciously without worrying about the harmful effects of diet is an advantage. Also, you will feel at your best since you know that you are serving the best and the most healthy food for your kids and the entire family. 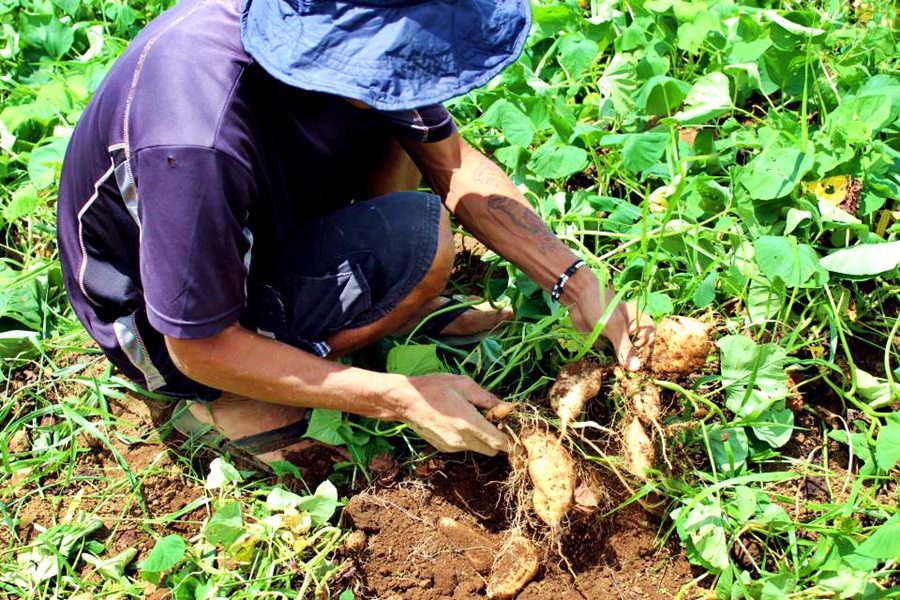 Organic Farmer in Sito Codcod, San Carlos City are ensured that all their products will be sold because of the high demand for organic products  ( Negros Occidental Organic Food + Restaurants )

In the same manner, organic foods are also beneficial for the economy. The competition between organic food production and conventional production brings an advantage to the economic aspect of the place or of the country. Let me share with you the idea by dividing it into three-folds parts: profit, marketing, and financial perspective.

The profitability of organic foods helps the economy in general. There will be fewer human resources, fewer processes to undergo, and less purchase of chemical-based inclusions. Since the production is cheaper, the economy will increase based on the profit gained. There would be a faster flow of money in the market, making it ideal for the financial and economic aspects of the place.

People are already aware of the edge or advantages of consuming organic food. So, the need to produce commercials and highly market it for selling is lessened. People will go for organic food because of its known delicious taste and its health perks with or without advertising or marketing.

Since organic food is produced naturally, it is also expected that the price of it may be a little bit lower compared to the conventional to highly processed ones. It entails more savings for the family without sacrificing the quality and health advantages. 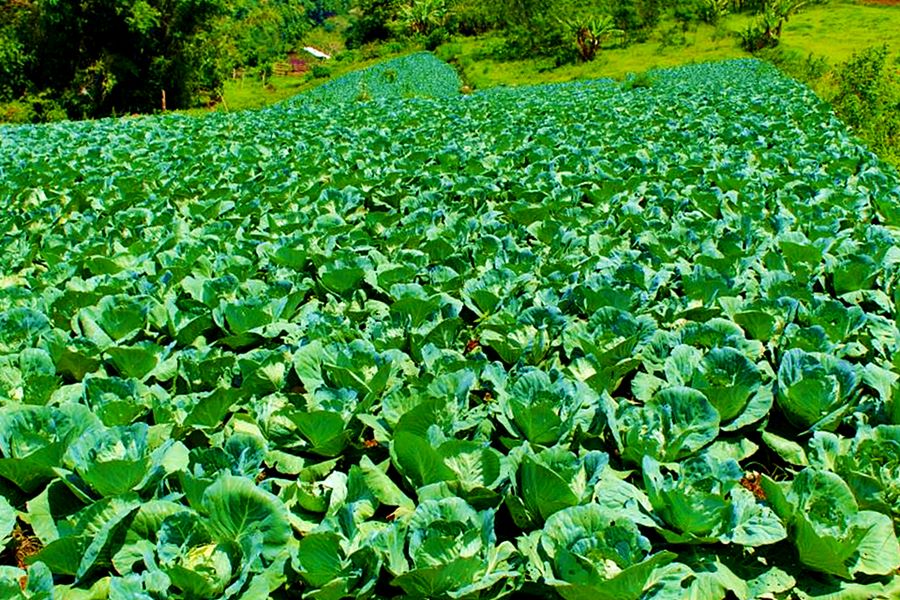 Environmentalists also raised their concern about the hazards of not using organic food. Science is clear about the adverse effects of producing food unnaturally. Some of the advantages of going for organic food in the aspect of the environment include: promotes healthy soil, facilitates less soil erosion, fights global warming, water conservation, animal welfare, and biodiversity.

A well-cultivated land begins with healthy soil. The presence of pesticides and other chemicals could make a ground barren, making it not suitable for planting crops. If you support organic food, then you help in the maintaining of healthy soil.

Soil erosion is triggered when the land is contaminated with chemicals. Thus, leading to the weakening of the ground in terms of the bond. Planting of crops using the method facilitates less soil erosion.

The reduction of carbon dioxide, which helps in fighting global warming, is proven to be reinforced when people go for this method of farming. The hazards produced by a lot of factors that contribute to global warming are lessened since carbon dioxide is reduced. 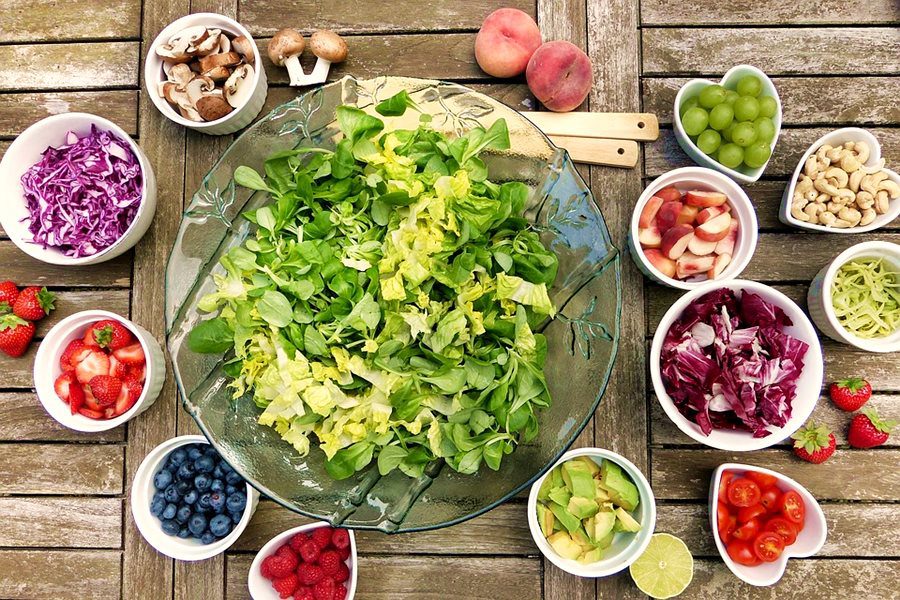 Polluted water reservoir and water system are lessened through organic farming. When land is spared from chemicals, the water that emerges from it is also safe. So, if you would like to take an active part in the movement of cleaning our body of water, patronizing organic and natural food is a good idea.

Meat and poultry products suffer when they are forced to grow more than they should and quicker instead of their time frame. Though we would like to eat as much as we want, sacrificing the welfare of animals does not add to the equation of healthy habits.

Biodiversity peaks when there are organic farms! The natural flow and cycle of life are followed, leading to many healthy and environmentally friendly crops and harvests. Generally, the effects of organic farming and food revolutionize the idea of maintaining a healthy environment. 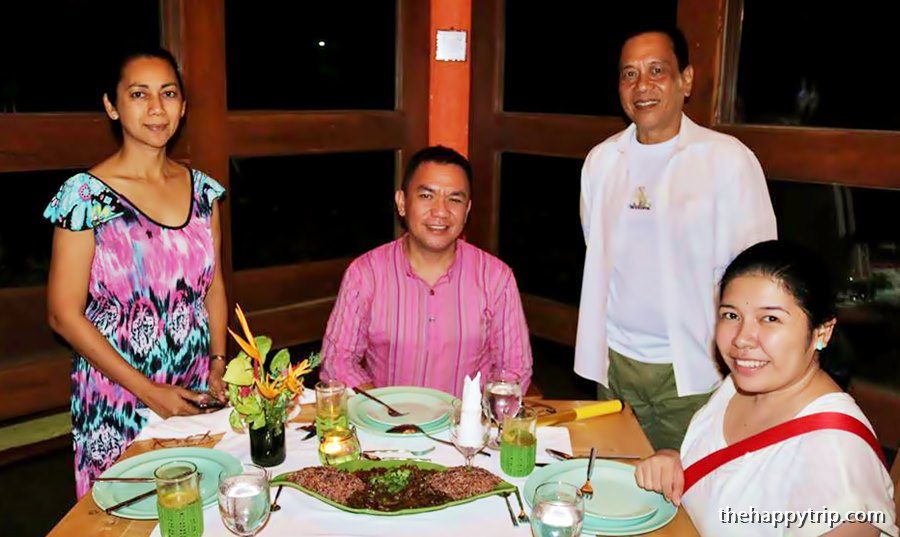 The Negros Bloggers with Dr. Albert Jo. He is a physician now an advocate of healthy living. His family is operating the Rapha Valley in Don Salvador Benedicto offering all organic food prepared by no less than the owner, Dr. Jo.

Negros Occidental, as the “Organic Capital” of the country, has several restaurants and food hubs that offer organic food. Given a chance, I highly recommend that you give it a try and see it for yourself. I know that as you continue to live a life taking organic food, you can experience all its advantages, all in the aspect of health, economy, and environment.