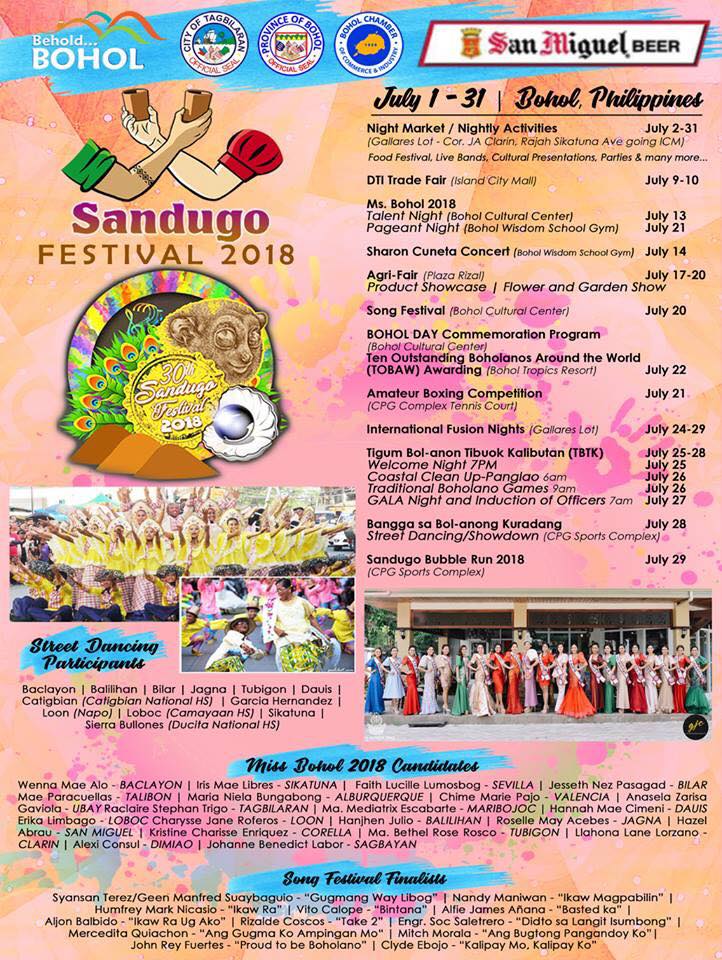 The history of the Philippines and the Spanish Crown is a tale between a colony and its colonizer. At a time when the western powers are taking up arms to conquer lands, the then-unnamed Philippines inevitably took on the role of a conquered as much as its neighbors were by foreign rule.

But despite the dark history of the colonial age which was rife with subjugation, oppression, and violence, a story of friendship and allegiance between people of unique culture and beliefs is not uncommon as was the case of the story that gave birth to the Bohol Sandugo Festival.

Sandugo Festival: The Forming of Bonds in Between Unrelated “Brothers”

The “sandugo”—or blood compact—was a Visayan rite that involves the intentional shedding of droplets of blood between two leaders or parties, normally by cutting on their own flesh, to be mixed in a glass of wine and be drunk by the two. It symbolized the setting aside of differences in order to form a solid relationship akin to brothers in blood.

According to historical references, sandugo was a common practice among the typically-disputing settlements of the Visayans for its power to form kinship even among unrelated people by blood as an act of peace between parties. By drinking the wine which was mixed between two leaders’ blood, the sandugo is, in essence, forming a “blood connection” between the two parties.

In retrospect, the Bohol Sandugo Festival was a significant historical event of the Philippines which took place aboard the Spanish vessel as participated by then native leader Datu Sikatuna and conquistador to the Spanish Crown, Miguel Lopez de Legaspi. The event took place in March 16, 1565.

In the case of these two leaders, Datu Sikatuna represented the primitive and fragmented native “Filipinos” whereas Miguel Lopez de Legaspi exemplified the might of the Spanish Crown, marked with deceit, military superiority, and the desire to take an archipelago for his king.

Although the story about the event which gave rise to the Bohol Sandugo Festival is littered with uncertainties and questionable details, the people of Bohol still cherished this monumental event such that it has become a deeply-embraced celebration even to this day.

What is the Bohol  Sandugo Festival?

Traditionally-practiced as a 1-month long, annual event, the Sandugo Festival is celebrated every July. Considered an event of merriment, this once-a-year celebration is replete with upbeat activities involving the showcase of cultural and formal dances in addition to street dancing. But more than just a means of display, these activities happen as a competition between groups in the desire to bag an award and be recognized in the community.

With a bit of business as an added element in its celebration, the Sandugo Festival is also a host to the agro-industry fair which shows how bountiful the province of Bohol is in the agricultural business.

Ultimately, the culminating event of the festival displays the re-enactment of the sandugo rite which mimics both Datu Sikatuna and Miguel Lopez de Legazpi in an act that is no longer in today’s practice.