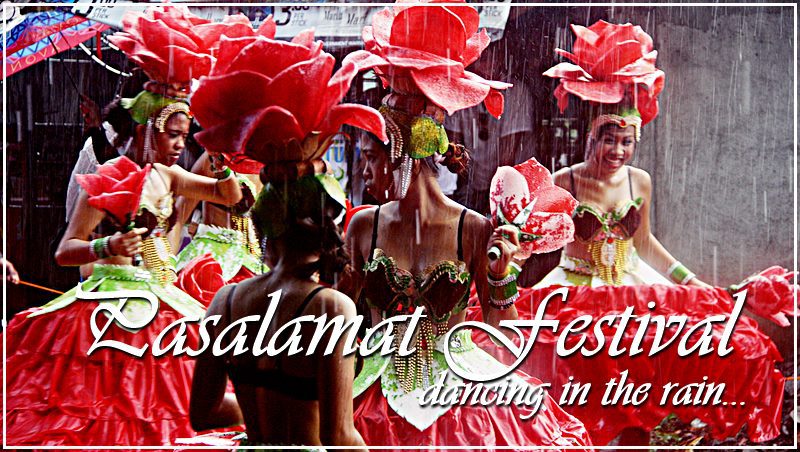 Pasalamat Festival held every Sunday nearest the first of May or Labor Day. It is a harvest thanksgiving celebration by the people of La Carlota City, Negros Occidental, Philippines. 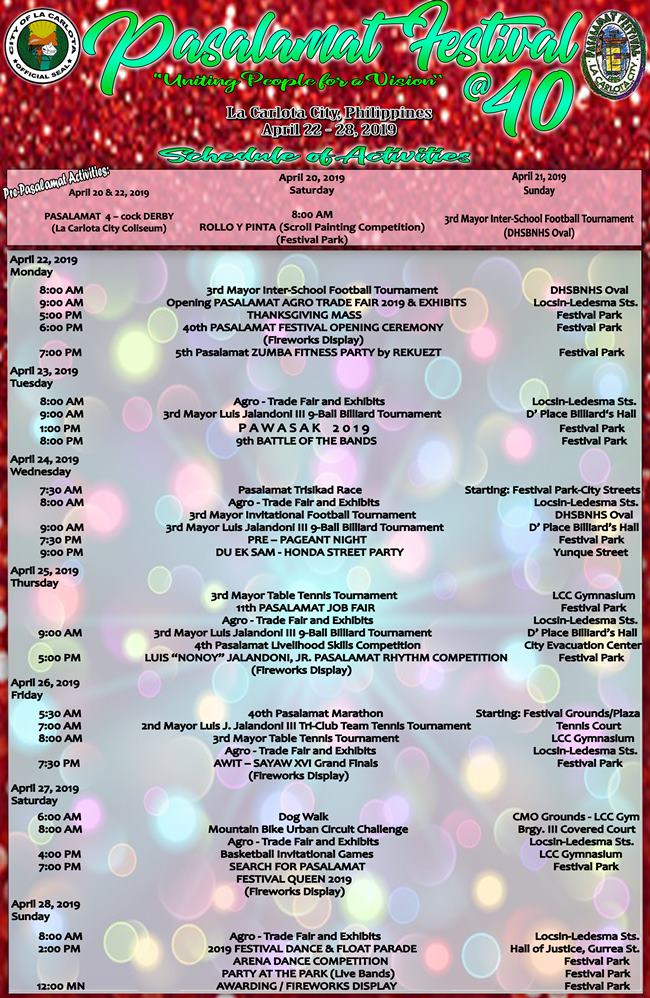 The City of La Carlota, located in the province of Negros Occidental is also famous when it comes to their festival celebration. They have the “Pasalamat Festival” which primarily aims to feature the pride of talents, skills, and products of the La Carloteños, or the locals of La Carlota. Thus, embodying its title as the “Drumbeating City of Beauty, Music, and Dance.” It is also the place where the oldest and the most famous sugar mill in the province located and the birthplace of prominent boxing champions. The place is rich in agriculture, made use of rice for their consumption and of tobacco as a form of business in export.

Tracing the history of the place, the early settlement or civilization of La Carlota started in the Candaguit riverbank. Later, on the year 1856, that was the only time that the village called Mampunay was recorded by the historians followed by appointment given by the parish priest of a specific place to be a site of the settlement is called Simancas. During the Spanish occupation, the barrio of Simancas was merged with the municipality of Valladolid, and it was only removed from such merging in the year 1871 when the King of Spain declared a decree stating that Simanca will be a separate town. The followers of the King Carlos of Spain also called the “Carlistas” requested the creation of the place as a parish and it was granted in the year 1876. Moreover, the La Carlota was created as a chartered city in the year 1965.

Massive Costume and Paraphernalia. The Pasalamat Festival dancers dressed inspired by flora and fauna tried to look their best to really entertain the crowd.  Some costumes were really huge and some dancers appeared to be struggling in carrying their costumes.

The Pasalamat festival aims to look back to the past cultural and traditional heritage of the town as evident in the different prepared activities and competitions. This week-long celebration will surely be a hit for those who are looking for a different and higher level of vacation. So what are the activities and competitions at this festival? Some of which are the Dog Walk at the Festival Park, Muneco Vistuaro or the Doll Costume Design Competition, Rollo Y Pinta or the on the spot painting contest, Pyromusical competition, and the Football Invitation Cup.

Visually Striking Costumes. Even the elementary students also came so prepared with their beautiful costumes. I was so truly impressed on how they created these butterfly wings which was really visually appealing. Pasalamat Festival

Flirtatious Dance Moves. The weeklong Pasalamat Festival culminates with a Mardi Gras parade of floats and caricatures. The festival was an adaptation of the Rio de Janeiro festival, hence you will see Pasalamat Festival Dancers flirtatiously move to the rhythm created by the drumbeaters using carabao leather drums and percussion instruments.

Of course, as a place rich in agriculture, there is also the “Agro-Trade Fair” whereas all the native products and delicacies of the locals will be presented and are both ready for exhibit and for sale.

The rich cultural and historical heritage of the town gave a massive contribution to the way they celebrate their Pasalamat Festival. It is a reflection of how beautiful their town is despite all the circumstances that they have been through. Come, join, and enjoy the Pasalamat Festival.

The “Sambita” Beat.  The original “Sambita” beat was still the rhythm played by the drumbeaters for each participating tribe. However, I have also noticed that through the years, these drumbeaters started to introduce some variations into the original rhythm. The drumbeaters of La Carlota City also gave the city the title, “drumbeating city”. Pasalamat Festival

How to get to La Carlota City:

La Carlota City can be reached by an hour or more by private and public transport. From Libertad, Bacolod City, Negros Occidental you can get the jeepneys plying Bacolod-La Carlota route.

The Pasalamat festival Conceptualized by the late Mayor Luis “Nonoy” Jalandoni Jr., who himself composed the “Sambita” – the original Pasalamat Beat. the festival started in just a simple merrymaking and street dancing to mark the end of the milling and harvest season in the city.

Dancers dancing in the rain…

while raining, this beauty remained atop the float… 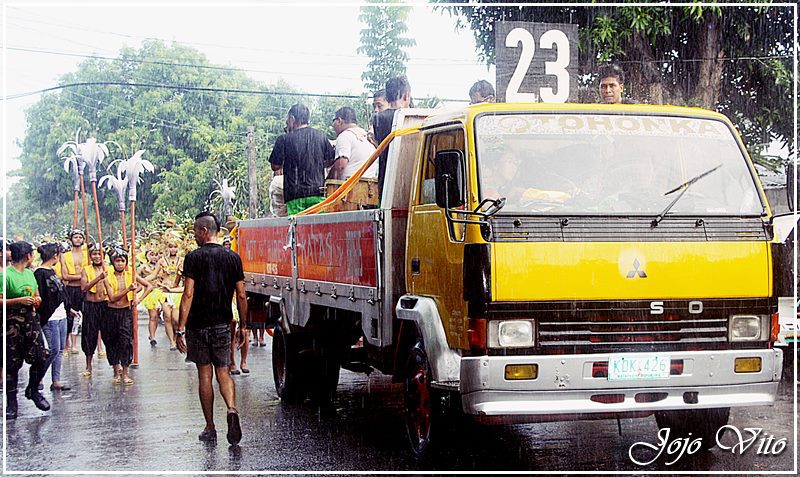