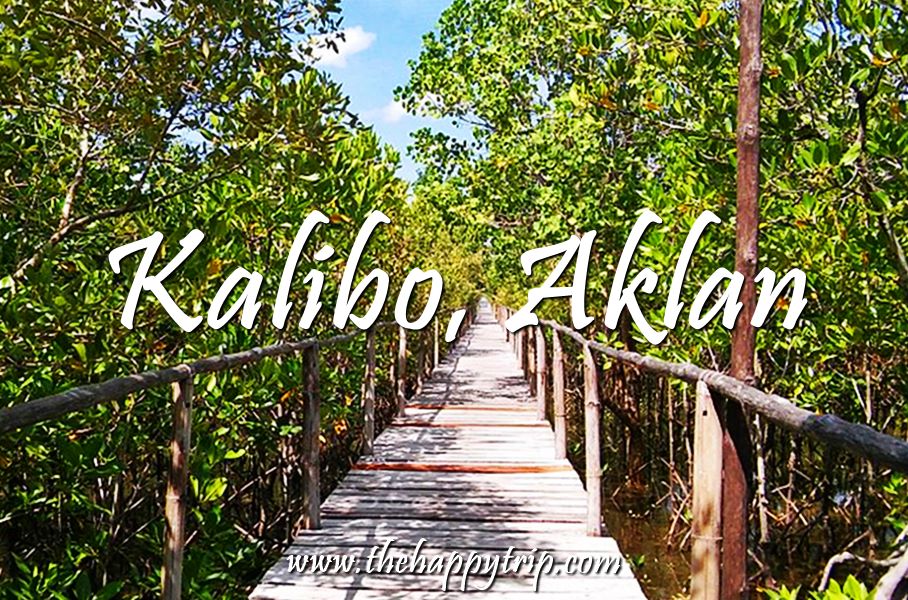 Here’s your updated Kalibo, Aklan Travel Guide. This post covers top tourist attractions, how to get to the place, festival and events, and a list of hotels/resorts.

Originally known by a different name based on the language of its natives, Kalibo, a first class municipality of the province of Aklan, was once called “Akean” based on the name of the nearby river of the area, as extracted from the sound it creates. Where the water warbles through its passing down the line as if “boiling,” which in the native’s language is called akae or akae-akae, the river and subsequently the small village itself was called “Akean.”

The arrival of the Spaniards, however, also brought forth many other names to the place, either borne from misconception or simply out of convenience. Initially confused in what to call the place, the Spaniards once interchanged—albeit faulty— the province’s name—Aklan—for the settlement of Kalibo or vice versa.

In other cases, the community is also called for other names such as Calibo (with a “c” instead of “k”), Calibog, Daclan, or Adan, all of which deduced from hearing the word “Aklan” from the natives themselves.

However, Kalibo is indeed just a subset only of Aklan in that it is—in the modern sense—a municipality of the larger overall of the province. But unlike the province whose eponym was extracted from the onomatopoeia arising from the nearby river, the naming of Kalibo came from a historical perspective.

Highlighting the early conversion of the native’s religion to Roman Catholicism, the name Kalibo was conceived according to the number of Atis who attended the place’s first Catholic Mass—a thousand people. Hailed from the Aklanon word “sangkâ líbo,” meaning a thousand, Kalibo became the label of the place that is now the province’s burgeoning municipality.

During the time of the Spanish colonization, Aklan was still not an independent province given its inclusion with the now-nearby province of Capiz. It was not until a few centuries later—specifically, after World War 2 in 1956—that Aklan assumed its new identity as a province and subsequently having Kalibo as its capital. Technically-speaking, however, Kalibo is still yet to advance to a “city” status and thus is still a “municipality,” albeit a thriving one.

At the present, Kalibo is considered a 1st-class municipality of the province which insinuates a strong and robust economy despite its low population of around 80,000 people, as of 2015 census.

Belonging to a group of provinces within a single landmass called Panay within Western Visayas, Aklan makes one of four and where Kalibo is seated around the northwest. As also a province with very close distance to the tourist hotspot that is the island of Boracay, the capital city makes for a launching pad to the nearby atoll.

Emphasizing the relatively developed level of the lifestyle of the native settlers of Kalibo, the municipality is subdivided into 16 different barangays, all of which considered “urban.”

The municipality is most known across the country and elsewhere for two major aspects: the Ati-Atihan festival, a celebration tributary to the infant Jesus; and the Bakhawan Eco-Park, a highly-valued mangrove forest, recipient of many awards.

The Municipality of Kalibo is the capital of Aklan. It can be found in the north-west of Panay Island, in the Western Visayas Region of the Philippines. If you are heading to Boracay, you can pass by Kalibo. Instead of simply passing by, why not stay for a while and enjoy the place? There are a lot of attractions that you can visit while you are in Kalibo. Here are some of the attractions and events that you can go to. 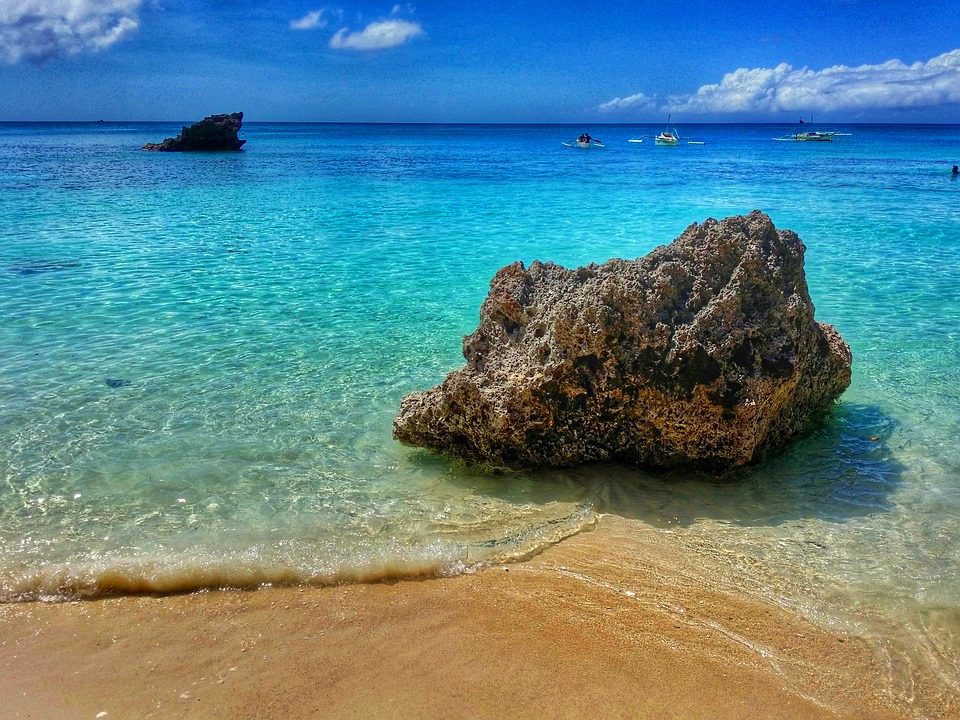 Kalibo, Aklan is the gateway to Boracay. For sure You wouldn’t miss the chance to visit this famous beach while in Kalibo.

The beautiful scenery that this place provides makes people come back again. The gardens also have a swimming pool where the visitors can have fun. The gardens can also be booked for weddings, conferences, and other various activities. 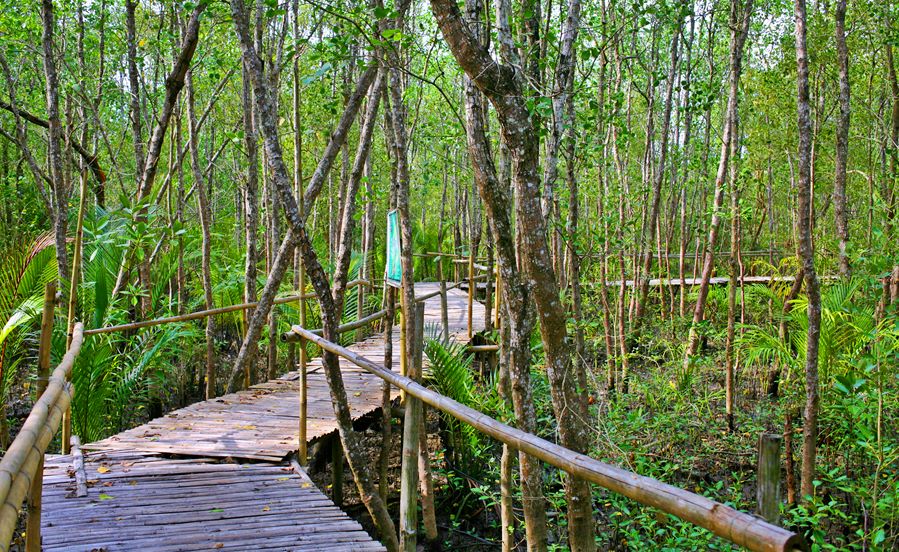 Eco Park has a mangrove forest, a small mini-park and a recreation area for the visitors. You take a walk, have a picnic, experience a kayaking water adventure, and even try eating raw tamilok (shipworms) that live in the mangrove roots.

You can learn more about the Kalibo history from this museum that was built in 1882, during the Spanish colonial era. They have various artifacts that tell the history from times when the country was not yet colonized up to the modern era. 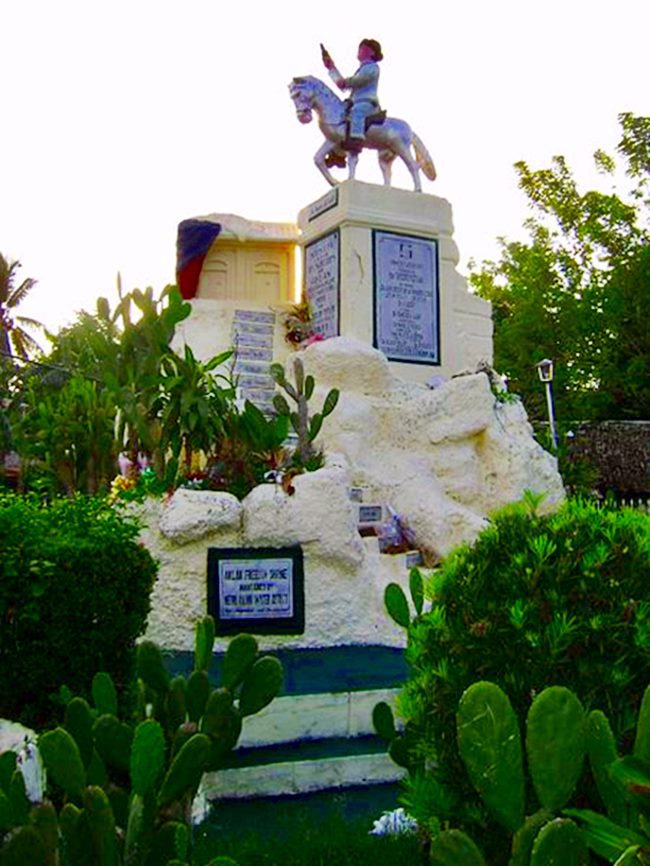 The shrine is located in XIX Martyrs Street in honor of the 19 Martyrs of Aklan. Below the statue are 19 steps with the name of the martyrs on each step.

The hill and caves have their own histories to tell. You can explore and appreciate the view it provides since this is the highest geographical area in Kalibo, Aklan. There is also a chapel in its peak where a procession for Stations of the Cross can be held during the Lenten season. 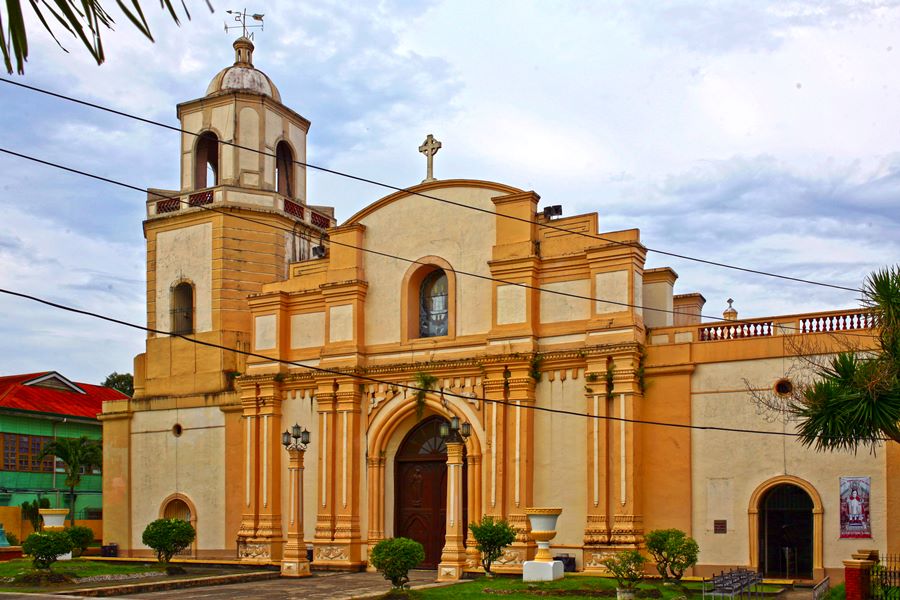 This is one of the oldest structures in the province. It underwent renovations because of previous disasters like fire and earthquake, but there are still some parts that remain original.

The village is located in Barangay New Buswang. You can watch and learn how the locals turn the native pineapple leaves into woven cloth. 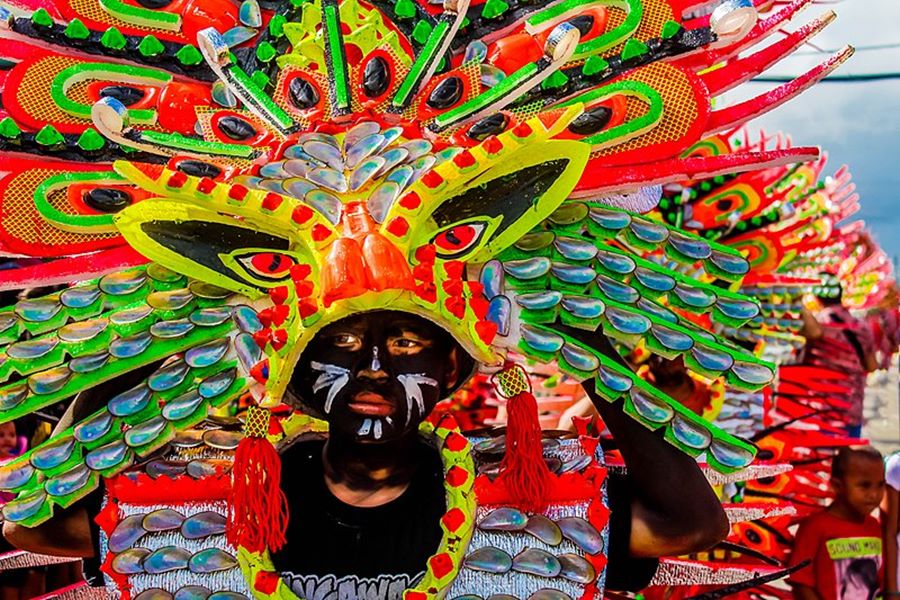 Festival and Events in Kalibo, Aklan

A week-long celebration held every January to honor the Holy Child Jesus in Kalibo Aklan. It concludes on the third Sunday of January. The festival originated from the Ati tribe residing in Panay Island. It was during the time of famine when the tribe asked for help from the Malay people who came to the island. They agreed to help, and the Ati tribe showed their gratitude by dancing. Since then the festival has evolved to a religious festival because of the Spanish influence.

Part of the Santo Niño Ati-atihan festival where participants create giant structures made of bamboos, paper mache, and other materials.

Celebrated every 23rd day of March in honor of the nineteen martyrs who dedicated their lives to achieve freedom from colonizers.

The celebration is held every 25th of April to commemorate the independence of Kalibo from Capiz in 1956.

Held from June 12 to 23 in a venue where local and foreign dishes are offered. There are musical bands to entertain guests.

Feast of St. John the Baptist

In honor of St. John the Baptist, the festival is held every June 24th. Locals can be commonly found on the beach or parks and having a picnic on this day.

The foundation day is celebrated every 3rd day of November where a commemorative program is commonly held at Magsaysay Park. The Kalibohian night market is open during this time of year.

The ceremonial tree-lighting held every 15th of December to start the Christmas season. There are a lot of decorations you can look forward to and take pictures of during the event. 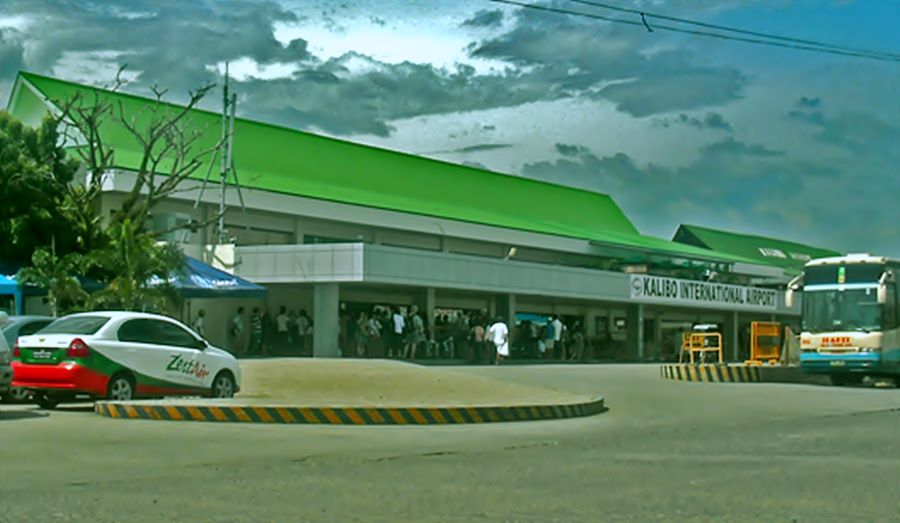 How to Get to Kalibo, Aklan

From Manila (by plane)

Book a flight going to Kalibo International Airport in Kalibo Aklan. The travel time will only take less than an hour. From the airport, you can get a ride going to your choice of destination.

There are a lot of places you go to and experience in this place. You can choose from the dates of the festivals and events to truly fall in love with the tour of Kalibo. If you want to have more fun and learn more, you can get a tour with the help of the Kalibo Tourism Office and local tour guides. So go ahead and pack your stuff, this adventure awaits you!

Where to Stay in Kalibo, Aklan

There are various hotels and pension houses in Kalibo, Aklan should you wish to stay for a day or more. Click the links below and you can book your hotels to ensure your room while visiting the place. 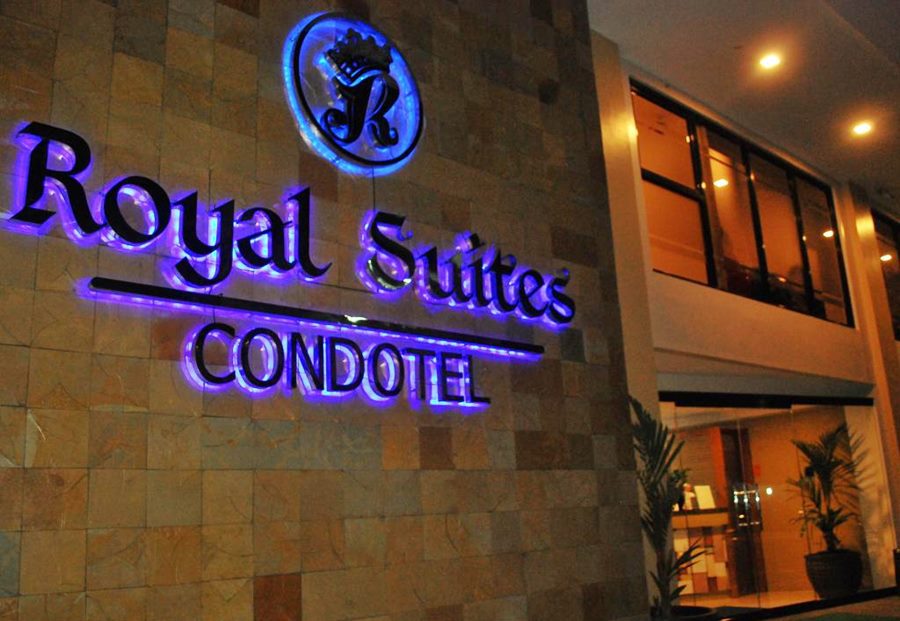 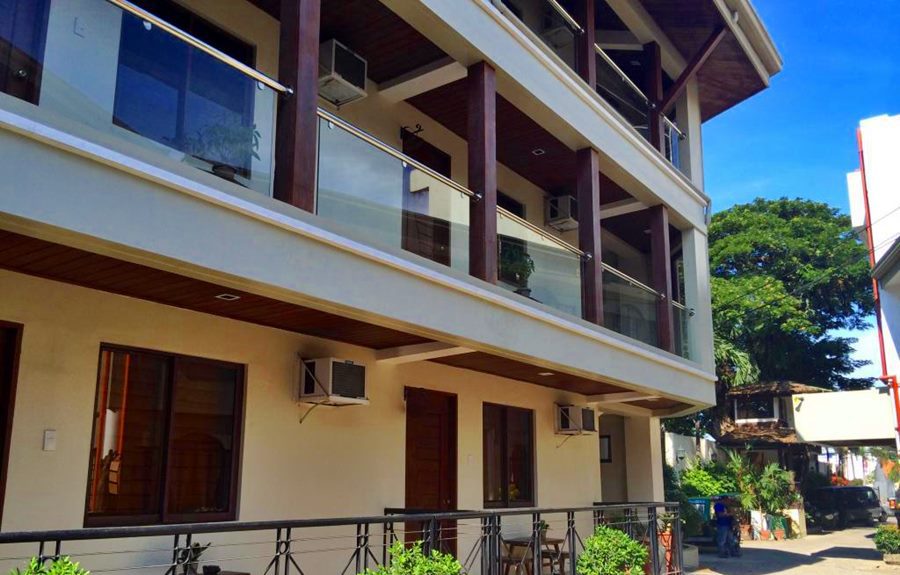 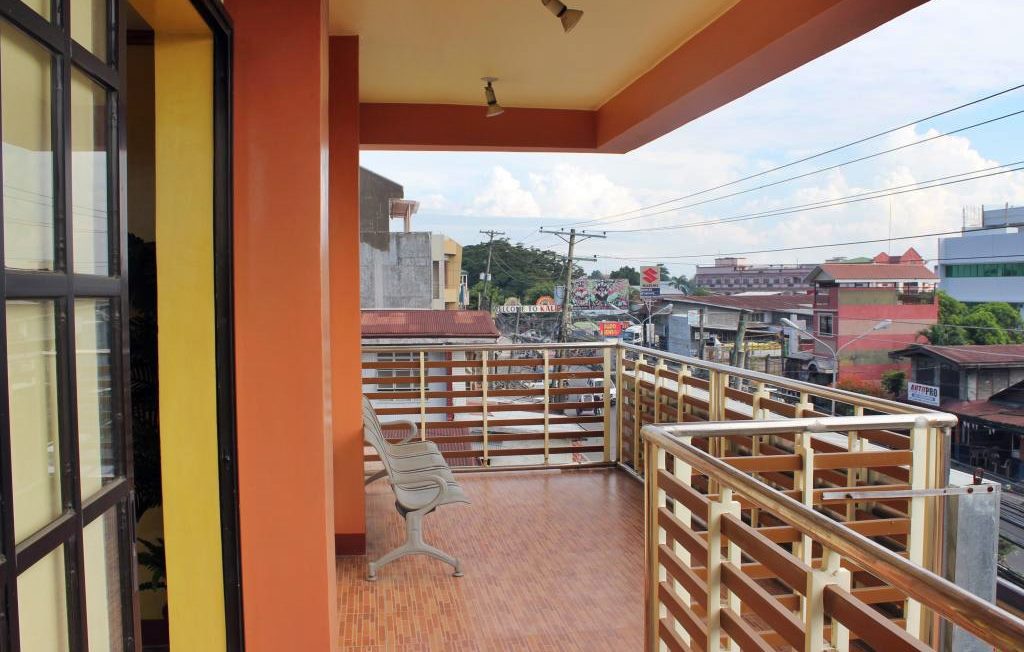 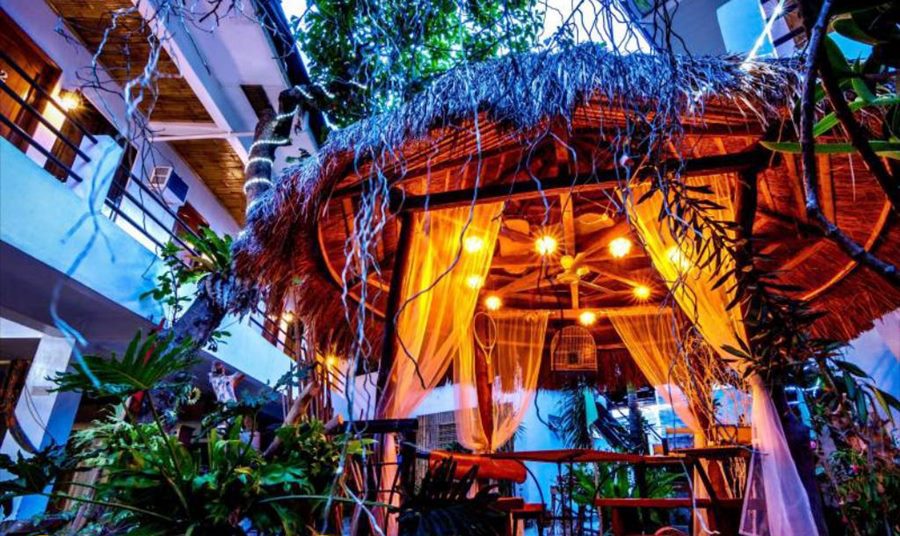