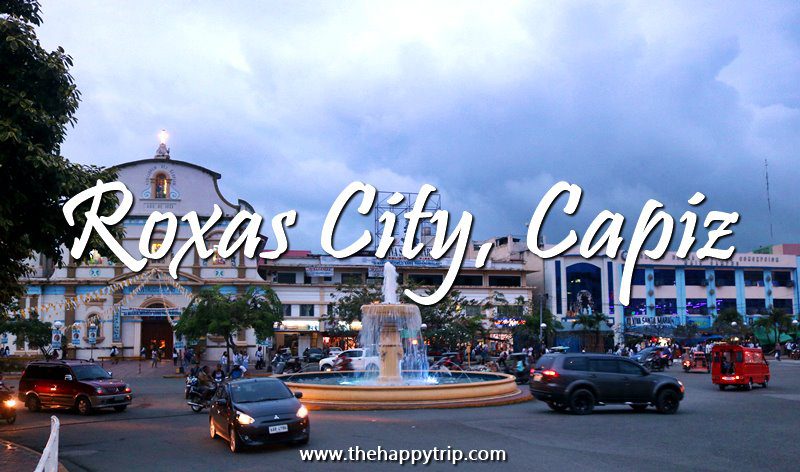 Roxas City, Capiz: The Seafood Capital of the Philippines

As an archipelago which consists of thousands of islands that make a single country, the Philippines enjoy its position in the map surrounded by seawaters which also happens to be its natural resource. For a country whose many islands are themselves encircled by the sea, all of its islands—both big and small—are a potential hotspot for seafood which its inhabitants can enjoy.

But as there can only be a single place which can hold the title as the country’s best source of seafood, it took a province somewhere in the Western Visayas to bear the label—the province of Capiz. 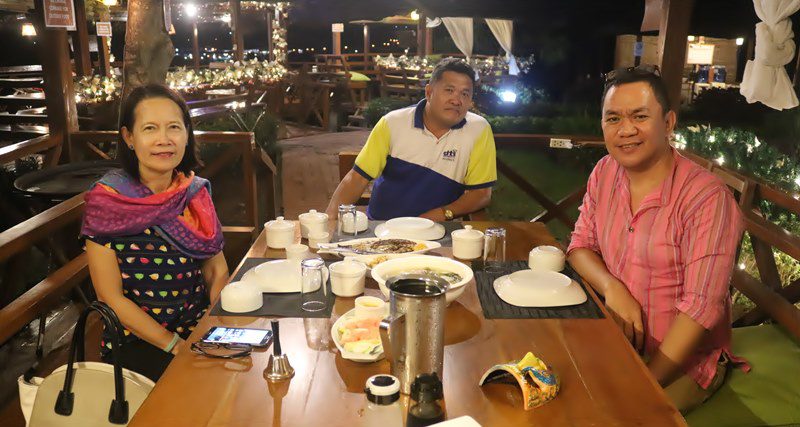 What makes Capiz the Seafood Capital?

The province of Capiz owes its rich source of aquatic resources to the vast expanse of the Sibuyan Sea which also acts as a picturesque vista from the shore and the Jintotolo Channel which also holds its fair share of the marine resources.

So, if you are by the seaside which the locals colloquially refer to as the “baybay,” having to see stalls selling freshly caught seafood lining the area is more expected than surprising. From clams to shellfishes and, finally, the fishes, there is plenty of seafood to choose from which makes seafood lovers ecstatic in the idea of visiting the place.

And, as each merchant is vying for customers for some cash, expect that the aquatic foods being sold are priced relatively cheap on the wet market, particularly the common kind of harvests from the sea. However, in some dining places like the Baybay Seafood Grills, you have to expect some high priced seafood dishes.

Speaking of shells, Capiz is also renowned for Placuna placenta which is an oyster shell typically used for ornamental purposes such as in making doors, windows, lampshades, and trays. But, what the locals refer to as “pi-os,” the rest of the country actually call as “Capiz” as an indirect reference to which the oyster shells came from. 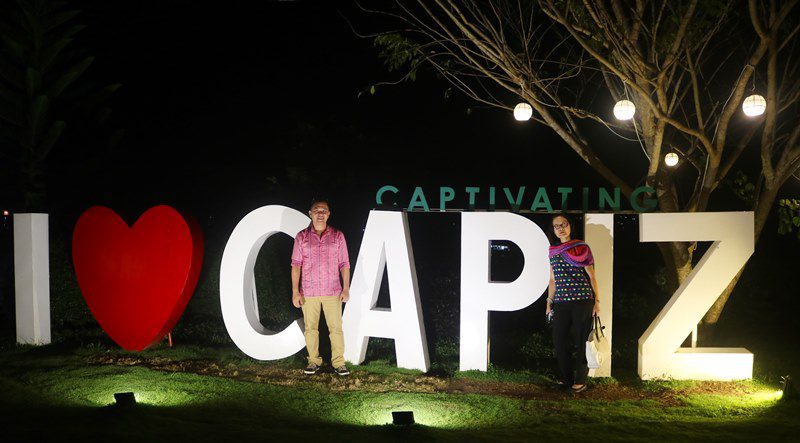 If you are not fond of eating seafood for a meal and is simply out for a place to chill out or to fulfill your wanderlust with, the province of Capiz still suffice as an area of interest for tourists who wanted to see something new.

Like what is inherently a Pinoy trait, the Capizenos are welcoming people who are seen by their warm accommodation and pretty smiles. Just the genuine kind of hospitality you can get from people who expect visits from people across places.

People aside, Capiz also remains among the highly-visited places in the country for its historical landmarks and infrastructure which still attracts tourists to this day.

Capiz is the abode for the largest Catholic Bell in all of Asia and is the only place to behold the coral stone-made chapel, the Santa Monica Church. 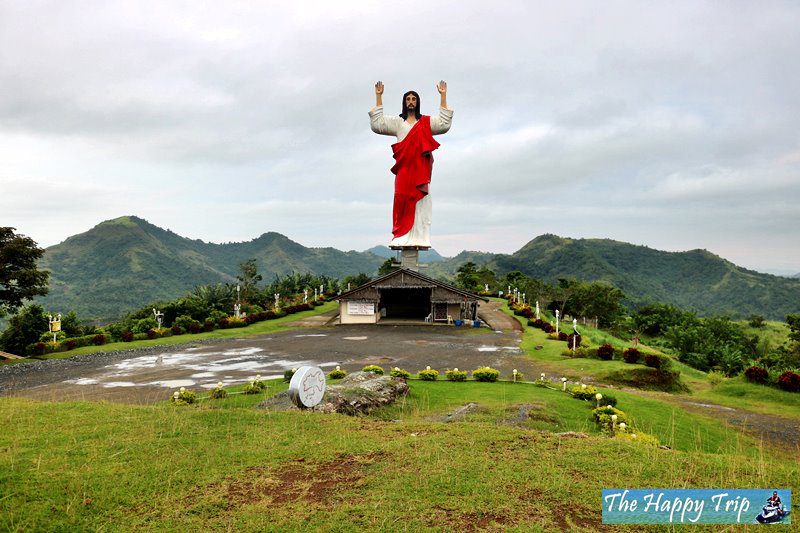 THE SACRED HEART OF JESUS SHRINE

The 132-foot Sacred Heart of Jesus in Roxas City is said to be the tallest of its kind in the Philippines. The statue was built in 2015 within the Pueblo de Panay.

Since Capiz is the seafood capital of the Philippines, visiting this province will never be complete without tasting their food offerings. One of the best places to visit and to try the seafood in Roxas City, Capiz is the BayBay Seafood Grills.

Located at Baybay Beach (hence the name), this place is a stretch of stalls serving fresh seafood. You can pick fresh catch from their display and you can choose the way you wanted it to be cooked.

This church is one of the oldest in Panay Island, this church is a silent witness to various historical events occurred at the place.

Still standing at its original site is the birthplace of Pres. Manuel Roxas, First President of the Philippine Republic and Roxas City’s most illustrious son in whose honor the city got its name. The ancestral house is located at Rizal St., just a few minutes walk from the city plaza and the city hall. 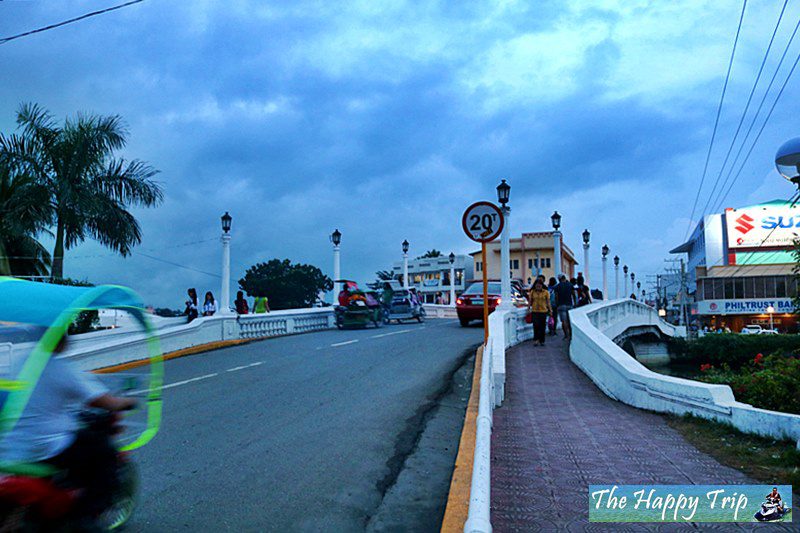 Built during 1910, this old and imposing Spanish City Bridge remained strong and is still being used today.

Another old structure still present in Roxas City is Bandstand which was constructed in the early ’20s. The Bandstand is overlooking the Panay River and has been used for many important events like political rallies, etc.

After visiting Islas de Gigantes, you might want as well to visit the world-renowned Boracay. Please see below for the detailed guide.

Just 3-4 hours from Roxas City you will reach another interesting City in the country – Iloilo.

Why 1 day? This is an assumption that you will be visiting other destinations in Panay Island.

7:30 AM – Check-in to your Hotel.Estimated Budget: P500-2,000. You can save for your hotel if you are traveling with a friend. Please check the list of hotels below and take advantage of the discounts offered by the hotels on our list.

8:00 AM – Breakfast in your hotel or you can ask the tricycle to bring you to a restaurant that serves breakfast. There are fast food restaurants around Roxas City.

9:00 AM – Visit Pan-ay Church (Sta. Monica Church). The place is one of the oldest churches in the Philippines and home to Asia’s Biggest Bell. This church is 14 kilometers away from Roxas City, so it would be best to negotiate with the tricycle driver first. Better yet, you can rent the tricycle to serve you the whole day to visit different places.

11:00 NN – Get back to Roxas City and you might want to proceed to Circulo for your Lunch. The place is located on a hill and a great view can be enjoyed while at the place. You may opt to linger for a while at the place as it might be too hot to explore more places during noontime. The place is a convention center and your budget will depend on what you will order. I should say that their prices are reasonable. During our visit, there were three of us and we ordered Sinigang, Calamari, Salad, Sizzling Fish, a can of Soda and 4 servings of rice and we only pay a little less than one thousand pesos. Estimated Budget – PHP 1,000 for 3 persons

2:00 PM – Visit the Sacred Heart of Jesus Shrine.  The place is just within Pueblo in Roxas City, but it offers an amazing view of the Capiz as it is located on top of a hill.

3:00 PM – Proceed to the Immaculate Conception Metropolitan Cathedral in Roxas City. This Church is another old church that is worth visiting. Within this area, you will find several historical attractions of Roxas City. Like the Bandstand, the old City bridge, Roxas Museum.

5:00 PM -Proceed to Baybay Seafood Grills. It would be nice to cap your day with a dinner enjoying the seafood offerings of Capiz. Baybay Seafood Grills is a strip of various restaurants offering fresh catch. You can choose what kind of seafood and the way you wanted it to be cooked for you. Estimated Budget – 1,000 for 3 persons (your budget will depend on the food that you will order as well as the quantity)

8:00 PM -Back to your hotel and prepare for your next travel the following day. 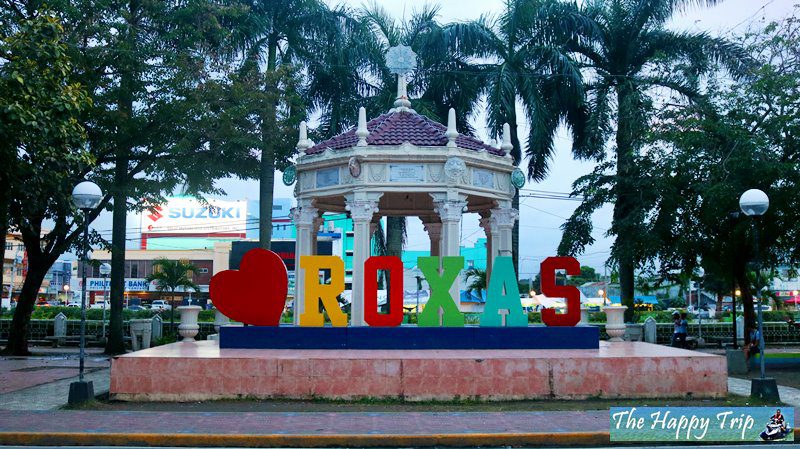 How to Get to Roxas City, Capiz

The place has its own airport, the Roxas City Airport located within the city proper. It takes only 45 minutes to reach the city by plane from Metro Manila.

From Caticlan Wharf you can take a Bus or Van going to Kalibo. From Kalibo take another bus going to Roxas City. Total Travel time from Boracay to Roxas is approximately four hours.

From Kalibo, you can take a bus or a van going to Roxas City. The travel time would take approximately 1.5 hours. Transportation fare may range from 90-100 depending on your chosen mode of transportation.

From Iloilo City, you can take the Ceres Bus going to Capiz at approximately 3-4 hours trip. There are vans plying Iloilo-Roxas, Capiz and it will only take you 2- to 2.5 to reach the place. However, I always opt for the Ceres Bus because it is more comfortable and has a bigger legroom.

The Ceres Terminal in Iloilo is located at Tagbak Terminal -North Ceres Terminal Iloilo City. To get to the terminal just take a cab and tell the driver to bring you to the Ceres terminal bound for Roxas City. The same terminal is serving Kalibo, Caticlan, Estancia, Barotac, and Carles.

Tricycle is the primary mode of transportation used in Roxas City and other municipalities in Capiz. With an eight-peso fare per passenger for the first two kilometers (Minimum) and 50 centavos for succeeding kilometers. Just make sure to agree first on the price if you wish for the tricycle would get you to your destination that is quite far from the city proper. 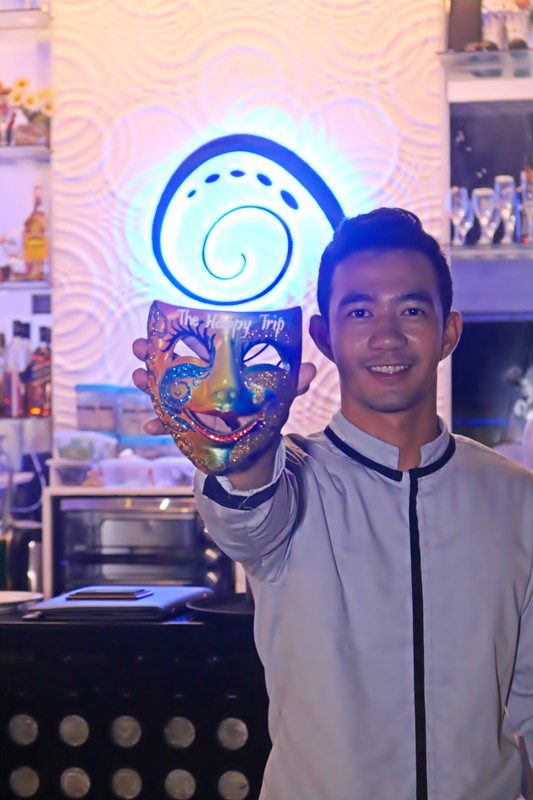 Jo-Joy, The Traveling Mask of The Happy Trip with one of the waiters at the Island Hotel.

The Seafood Capital of the Philippines has various accommodation facilities to serve any tourist visiting the place. To book your room, simply click the name of the hotel (link) and it will bring you to the booking site. Most of these hotels are giving discounts.