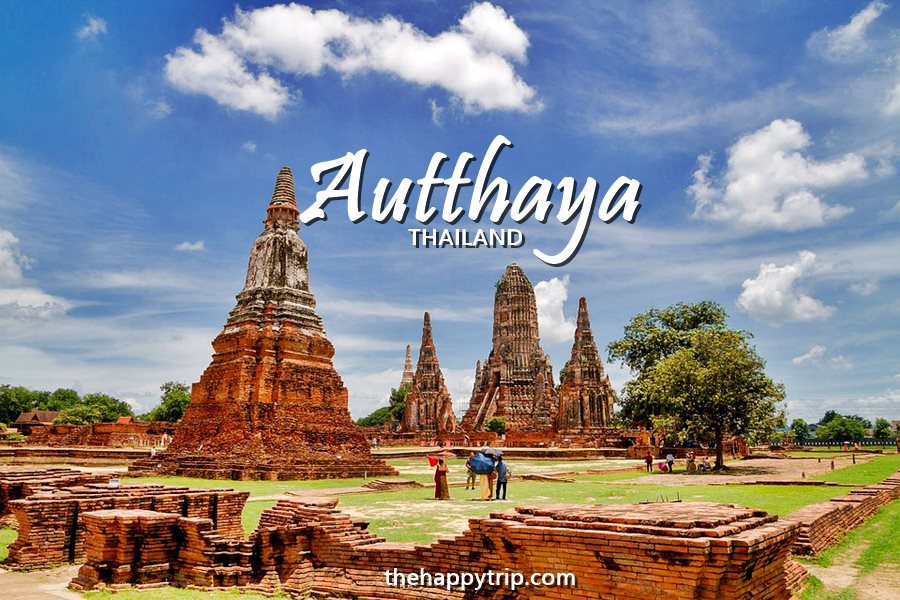 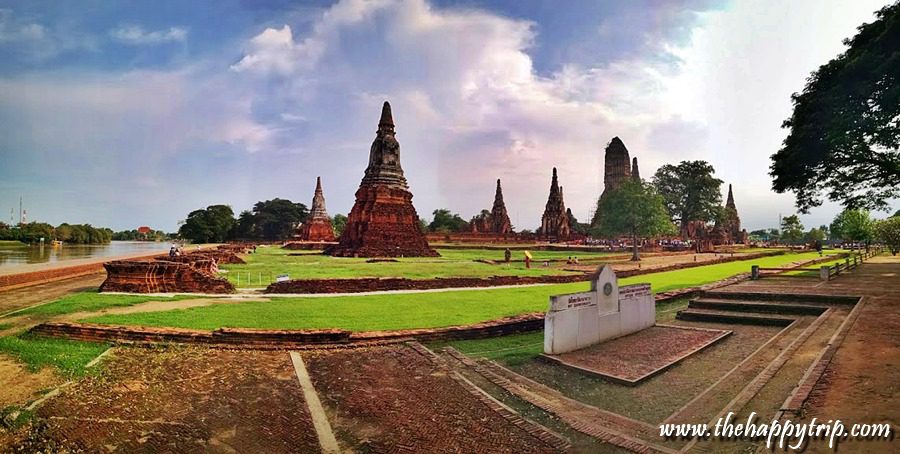 Situated at a perfect location which makes it central to much of the world’s trader-nations, Ayutthaya—Siam’s second capital following Sukhothai—was the world’s center of trade. In its perfect location in the South East region of Asia, Thailand’s Ayutthaya has the Malay Archipelago, India, and China as its major trading partners while to the rest of the world, it includes European nations such as France, Netherlands, and Portugal, as well as the Arab World.

At the time, the great city of trade was a fascination among its Western partners who saw its lively ceremonies, glittering infrastructures, and numerous floating vessels as things of fancy when describing the place.

Founded in 1350 as a city, Ayutthaya, Thailand held its title as a major hub for commerce for a long while, even earning the worldwide label of being the largest city by 1700, until the invasion of the Burmese forces which ransacked the city into ruins in 1767.

For a thriving city which employ materials that are easily burnt—like wood—much of Ayutthaya was destroyed when Burma attacked the city and whose aftermath left only infrastructures made of stone standing. Mainly, only reliquary towers or prang and big monasteries survived the onslaught that put a once-great city into nothing but a memory to those who had seen it first-hand.

Since then, the one’s bustling city has never recovered its status as a significant trading capital of the world—let alone in ancient Siam—and whose remains to this day only showcase a tiny percentage of what had been the world’s trading city. 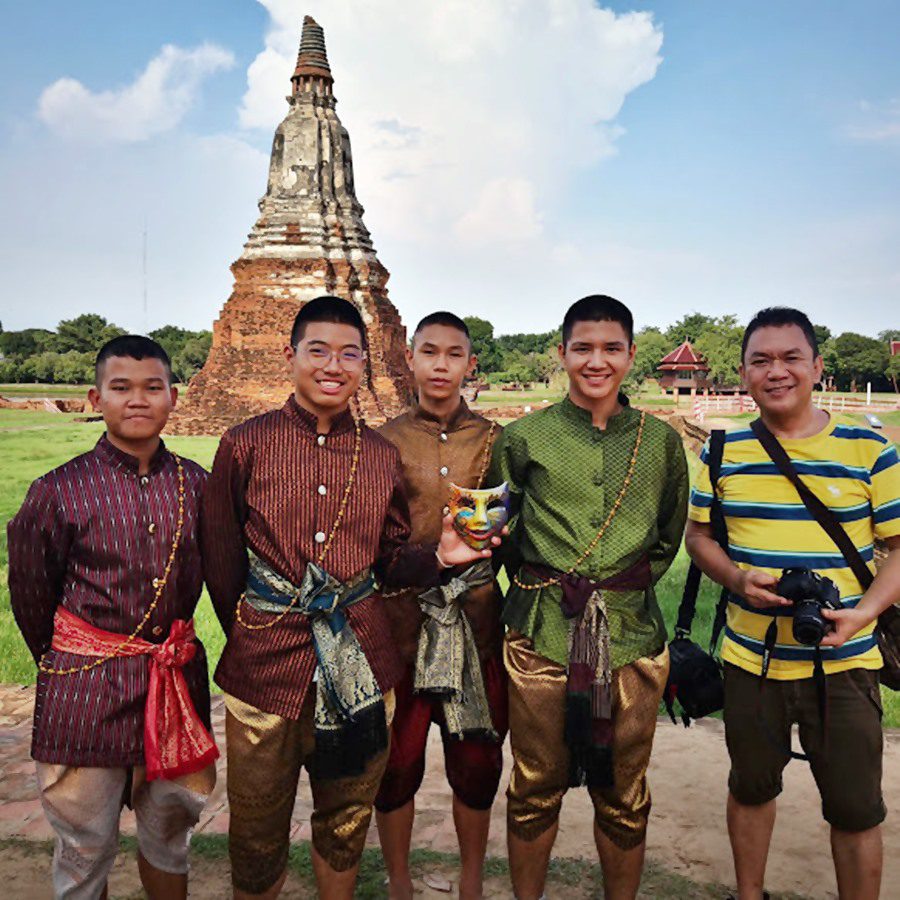 Most guests at Wat Chaiwatthanaram would wear traditional Thai Attire. Costumes are available for rent right in front of the location

Ayutthaya inevitably lost its capital city status eventually across the subsequent history of Siam, culminating in the tourist-heavy Bangkok as it. Despite losing its lofty status arising from the ravaging in underwent, the city retains a very significant part of Siam’s history which led it to become a UNESCO World Heritage Site in 1991.

While much of Ayutthaya has already gone through transformations as dictated by modernity, what is left from its former self still makes for a great interest to tourists. As such, the “wats” or the temples make a centerpiece of any visit to the once-grand city—most of them in the ruined state which tells a story which emanates from the long, long past.

Places that are worthy of people’s attention within Ayutthaya, Thailand include:

Coming from a country which is situated in the tropical region of the world, it is mostly hot and humid in Ayutthaya, Thailand year-round. If you cannot stand the heat and would prefer some time cooler, however, the months of November until January makes for an ideal timeframe to make the visit. 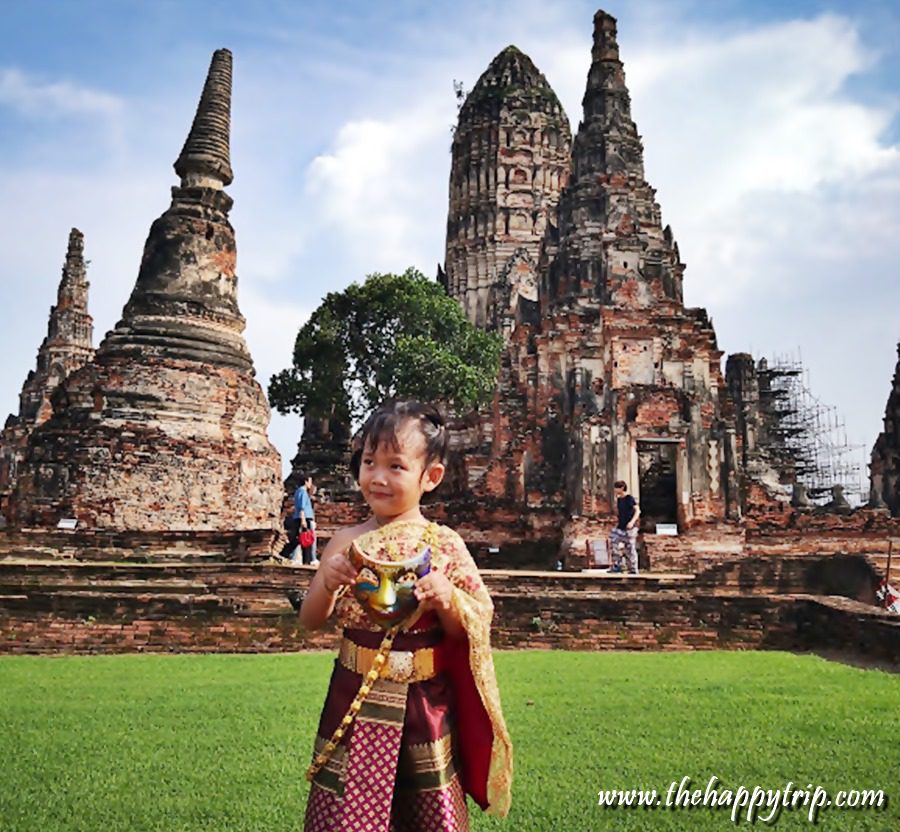 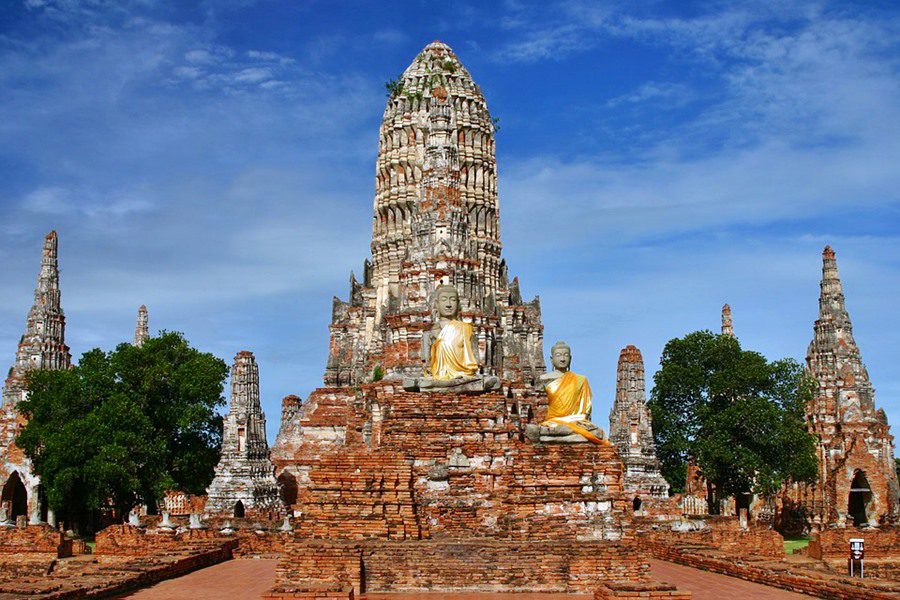 This place serves as a remnant of the grand past of the ancient Ayuthaya Kingdom. This majestic Buddhist temple inspired using Khmer architecture is best to visit during sunset, right when all the lights in the cities are starting to be on.

A place built out of brotherly love; this is the best description to use for this place. Established for the brothers Ay and Yi by King Noromracha II, this place served as their resting place. The mixture of architecture used in this place makes it even more undeniably beautiful.

This place which is also known as the King’s temple is probably one of the most historical ones for it served as the resting place of an ancient royal family. Nowadays, what can be seen here is the remaining foundation of it due to the Burmese destruction. Still, it still deserves a visit.

This temple now is the perfect place for the artists for it showcases different paintings that focuses on Buddha as the subject. Moreover, this temple currently serves as the abode of the monks. 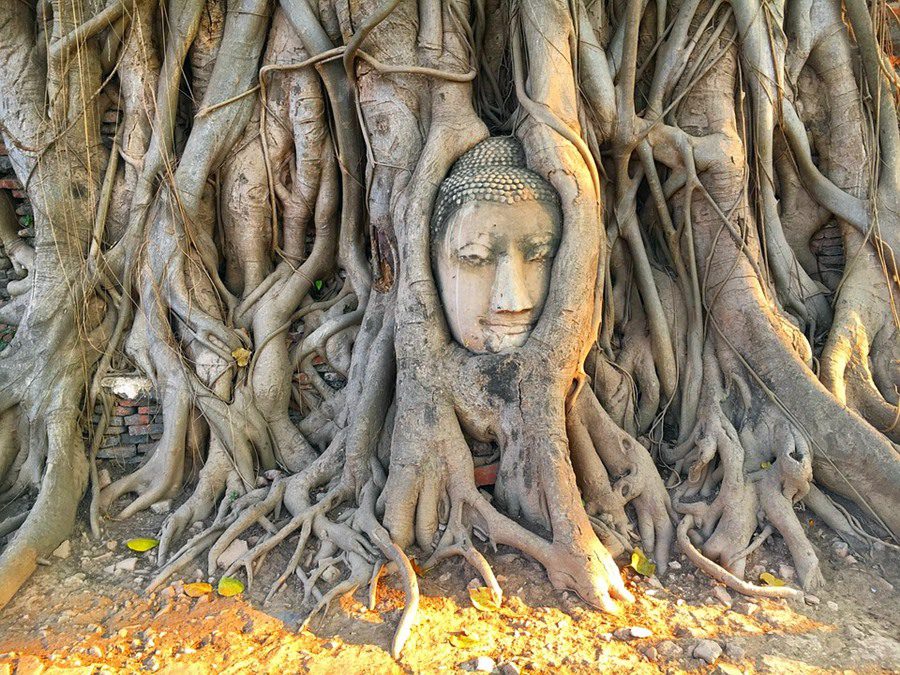 This might be one of the areas which you want to visit because of the famous Buddha face in the middle of the tree. Established during the time of King Ramesuan way back in 1384, it houses a discovered secret chamber that contains tons of wealth along with a relic of Buddha. 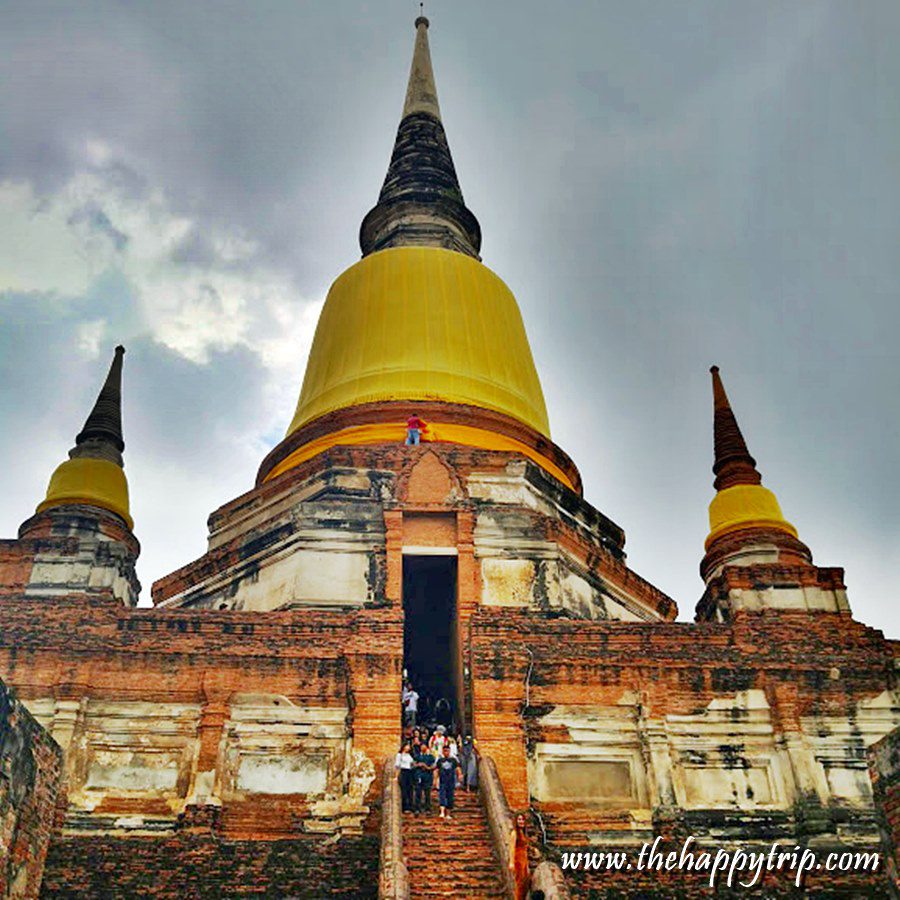 This place was built and was assigned to the Sri Lankan monks. The humongous reclining Buddha will be the scene to greet you as you enter the area. You may also opt for some walking at the top part to witness a magnificent view.

What makes this place uniquely intriguing is that its origin cannot be determined. Also, it was able to withstand the test of ancient war as well as time. Thus, making it still, intricately exists until now. 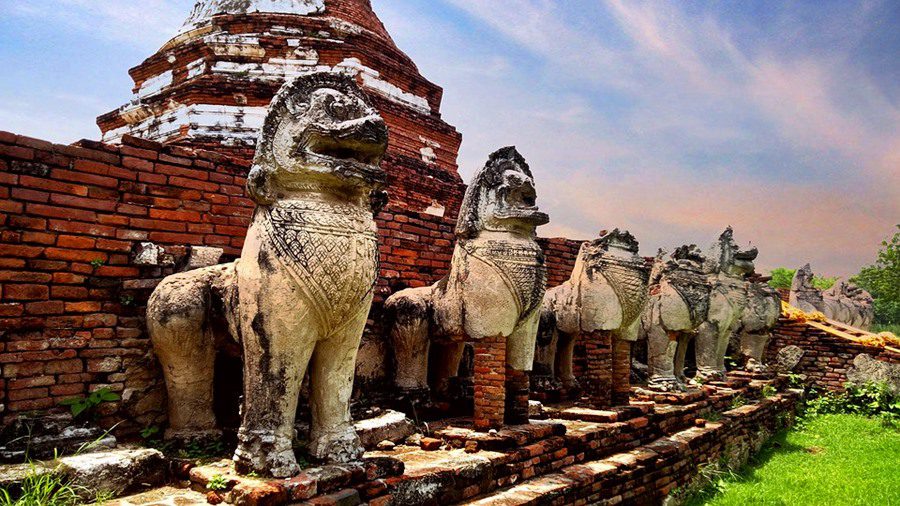 This place houses ruins of a structure that is consists of lion and rooster statues. It might have succumbed to the test of time, but the remaining beauty of it is still evident as manifested by the discovered displays of figures.

Built in the year 1961 by King Bhumibol Adulyadej, this museum surrounded by lily ponds is a must place to go if you would like to know the history of the place better. It houses a collection of ancient artworks, statues, and jewelry. A Buddha statue is also a highlight of the area. 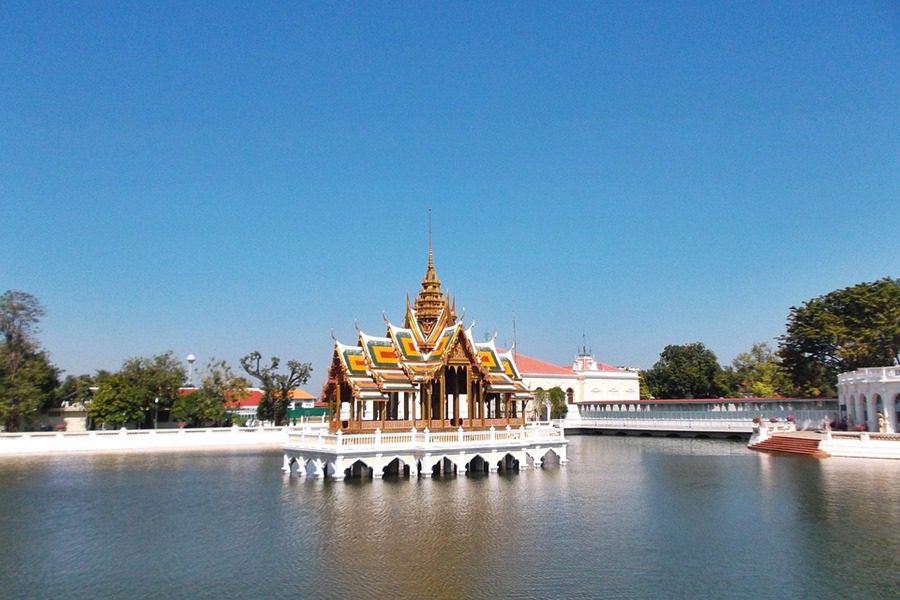 This is commonly known as the Summer Palace. This well-preserved and maintained temple serves as the royal abode of the royal family. The Victorian vibes of the palace are enough for you to take a visit and see its grandeur.

Well, this might be more interesting since you will get to interact with an elephant. All you have to do is the book for your reservation, probably three days since that is the minimum, and get to enjoy the place plus take good care of the elephants. This is a form of adventure and an immersion.

The ancient kingdom of Ayutthaya flourished so much so that different countries came here and made part of the history. That’s why it is no wonder that they have the various quarters, the place where foreigners, specifically British, Dutch, French, Japanese and Portuguese stayed way back. 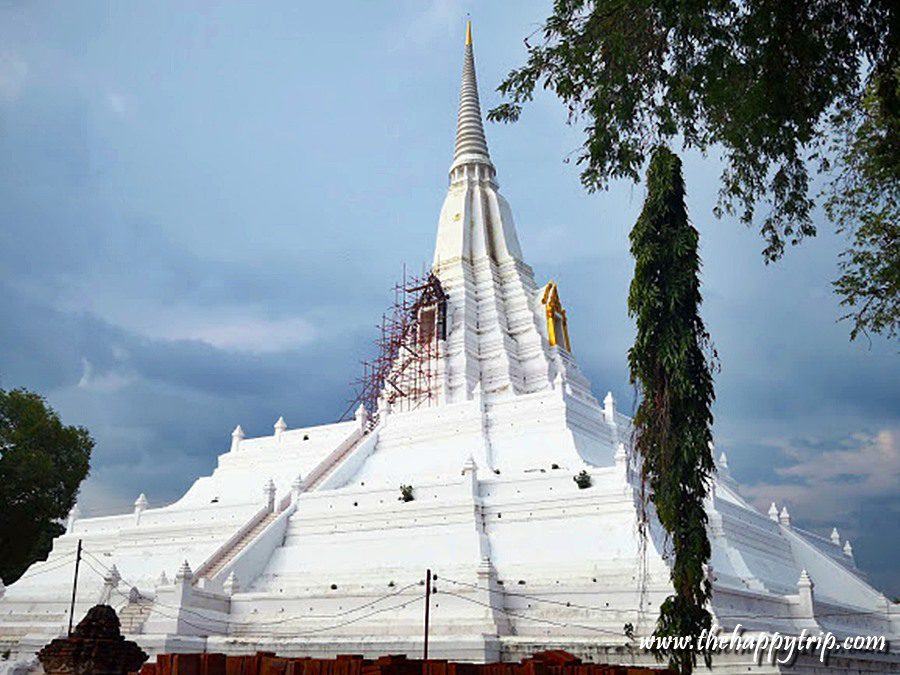 This is an overnight tour from Bangkok which will enable you to explore the cultural scene of Ayuttaya, Thailand. Among other things that you can experience through this tour is Pattaya’s Floating market; explore the palace grounds of former Thai kings at the Bang Pa-In Royal Palace; Ayutthaya’s major temples: Wat Mahathat, Wat Phra Si Sanphet, and more!

This tour covers transportation from your hotel to the sites. 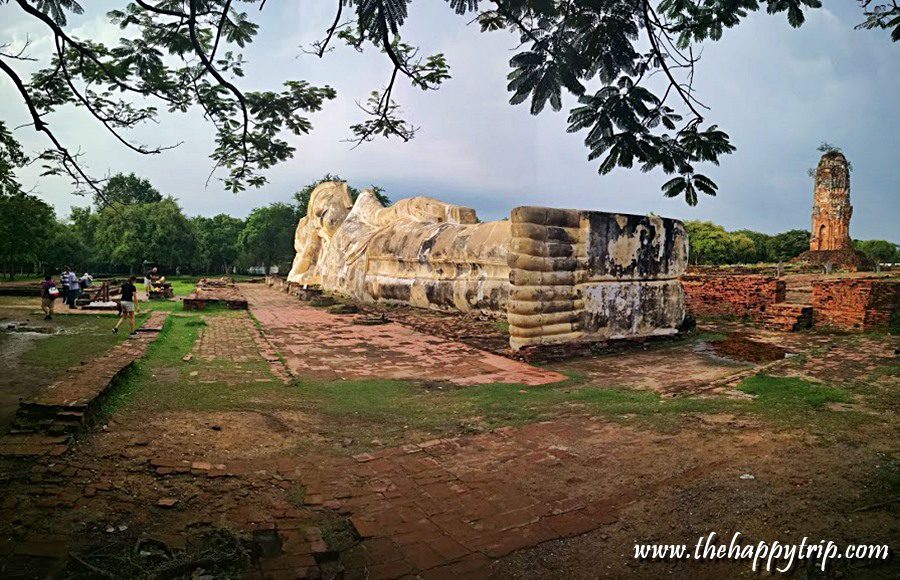