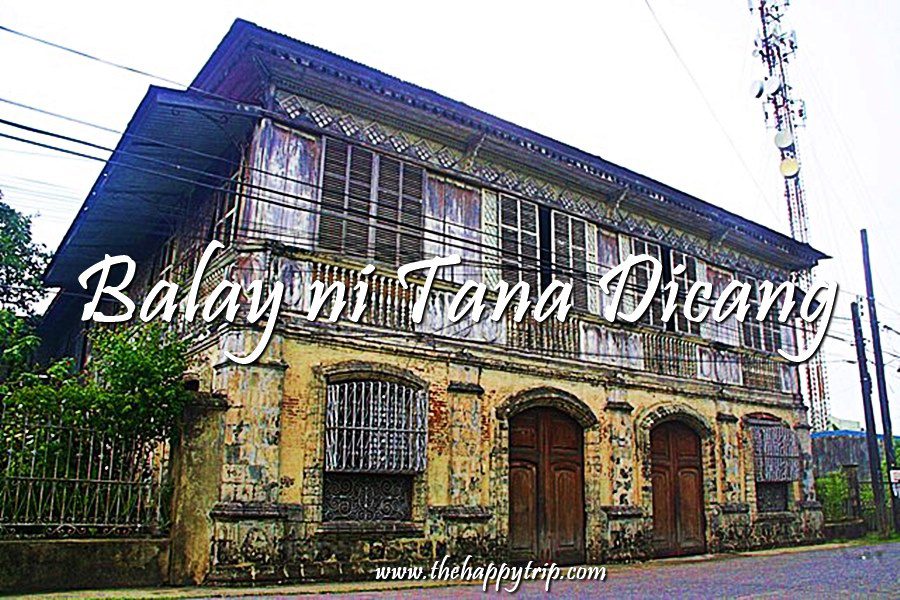 Back in the days, the wood had been a staple material for building homes. Although, for the most part, considered a “light” material and thus prone to getting burned, a little bit of creativity goes a long way, even for something so common. To have a house therefore that is made of stone at the time symbolizes class that is apart from others. Stone is not only very sturdy that lasts many generations, but it is also immune to burn. Hence, why structures of importance in the military— mainly, forts or castles—are made of stone, not wood.

In the province that is now Negros Occidental—specifically within Talisay City— nowhere is this notion more real than the tale of this tourist attraction which, through many generations, has been left standing and is aging gracefully as a stone-made abode.

Balay ni Tana Dicang—literally, “house of Tana Dicang”—is the perfect example of the Balay-nga-bato or house of stone, which was built back in 1872. The house is originally owned by husband and wife, Don Efigenio Lizares and Dona Enrica Alunan, a wealthy couple who amassed significant wealth as sugar barons at the time.

Standing in a 6000-square meter property, the structure is carefully-preserved in how it has always been—both from the outside and the inside.

From the outset, it is clearly visible how old the building might be like the stone materials, and certain woody parts are already showing their age, as with the passing of time. But looking past the exterior and getting inside, you shall see how the interior design appears to be immutable to change as if though stuck in a timeline.

Putting symbolism as an essential element of its design, much about the Balay ni Tana Dicang’s interior implies something whose meaning might still be relevant to this day. For instance, the three-step stairs by the entrance of the house denote that the place as a “residential area” and not a commercial one which would otherwise have only two steps.

Entrenched in the Roman Catholic tradition, the Balay ni Tana Dicang makes for a host to the famed karitela or horse-drawn carriage and the carosa or the wheeled platform that carries statues, particularly for the parade. In highlighting the importance of these two contraptions, there is also the specially-designed pathway intended explicitly for the karitela with the carosa in tow. When not in actual use, the carosa serves as a beautiful display just beneath the household’s grand staircase.

All in all, the legendary house has 18 unique rooms, consisting of both a formal living room and a dining room. But one of the most fascinating aspects of the house is in its schematics involving “hidden passageways” across the house which, as popular belief goes, were aimed at facilitating hiding spot against unwanted visitors. In all places of the residence, it is the kitchen that is said to be Balay ni Tana Dicang’s office.

Yet, despite its tip-top shape interior, there is something strikingly ancient about the attraction. This involves some specific types of wood that are now considered a rarity or completely obsolete.

If you like going into the past, why not give this tourist attraction a visit and see what the 19th century would have looked like in a single space?

How to Get to Balay Ni Tana Dicang, Talisay City

Balay ni Tana Dicang is located at Enrique Lizares St, Talisay City, Negros Occidental. If you are coming from Bacolod, just take a jeepney for Mandalagan or Bata. The easy and most prominent landmarks are Pepsi Cola Bottling Factory or the North Ceres Terminal. From these places, ta a jeepney bound for Silay or Talisay and alight in Talisay Public Market and take a trike or tricycle to bring you to the place. You can also ask the driver or conductor to drop you at the intersection of Enrique Lizares Street, then just walk towards the place. Talisay City is just small and you can just anyone of the direction.