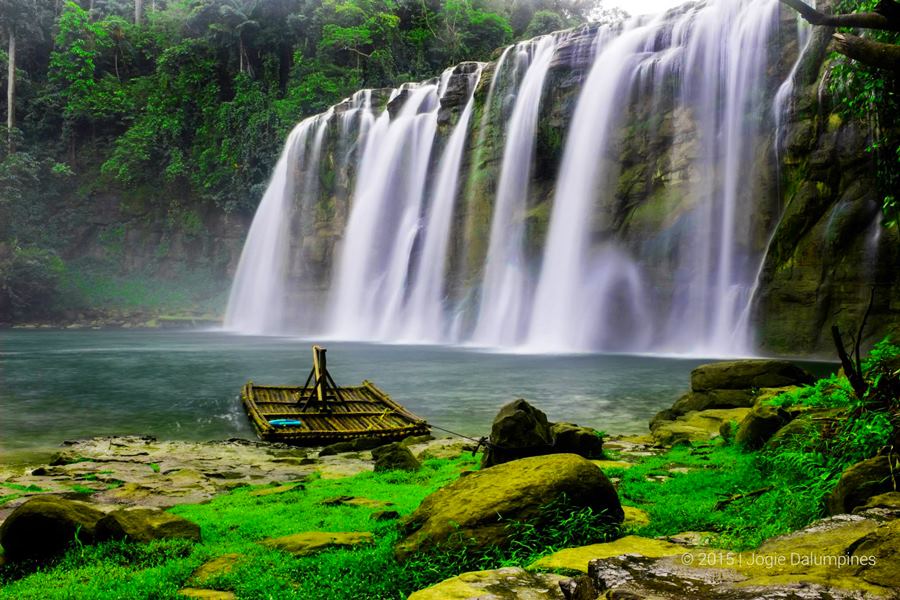 There are plenty of falls scattered across many places in the Philippines, but none has the magnitude of the Tinuy-an Falls which, by regard, is the biggest falls in the country. Being the largest falls in the country, however, should not denote a similar magnitude to the United States and Canada’s massive and powerful Niagara Falls as it may exponentially little in comparison. Calling Tinuy-an Falls as a “mini Niagara Falls” can, therefore, feel so much of an exaggeration and might create a misconception at what the sight truly is about.

But if you are indeed looking for one of the best falls in the country at least, you can never go wrong with Tinuy-an Falls, Surigao Del Sur.

Spanning a total of 95 meters width and 55 meters height, this three-tier cascade—that is, if counting out the fourth level which is so much far away from view—has enough space for many people. You need not have to be privy at how a meter would look like to actually get an idea about the dimension in which the falls embody. Simply looking at the people who are enjoying their time on the Tinuy-an Falls’ water basin, especially when viewed from afar, is more than enough metric to give you an idea at how spacious the falls is (and consequently give the idea of how small it can be when compared to the giant falls which border both the United States and Canada).

While the falls may indeed be the highlight of people’s visit in the place, any person who has a keen observation about his environment should also see Tinuy-an Falls’ surrounding areas as worthy of amazement. This is thanks to the eclectic mix of green vegetation and exotic animals. With the forest hills at the backdrop, the color of the water would also appear somewhat verdant.

A Thriving Source of Seafood

Half of Surigao Del Sur’s overall region is surrounded by seawater which makes seafood as its major product. Although a good portion of these catch goes to the neighboring landlocked regions nearby, there are plenty left for the people of the province to enjoy.

As such, kinds of seafood like crabs, lobsters, and shrimps are all too common in Surigao Del Sur, making them a typical choice as souvenirs to those who are traveling back home from Tinuy-an Falls. One good reason why kinds of seafood make for an easy choice as a souvenir is likely due to their relative availability as well as affordable price. 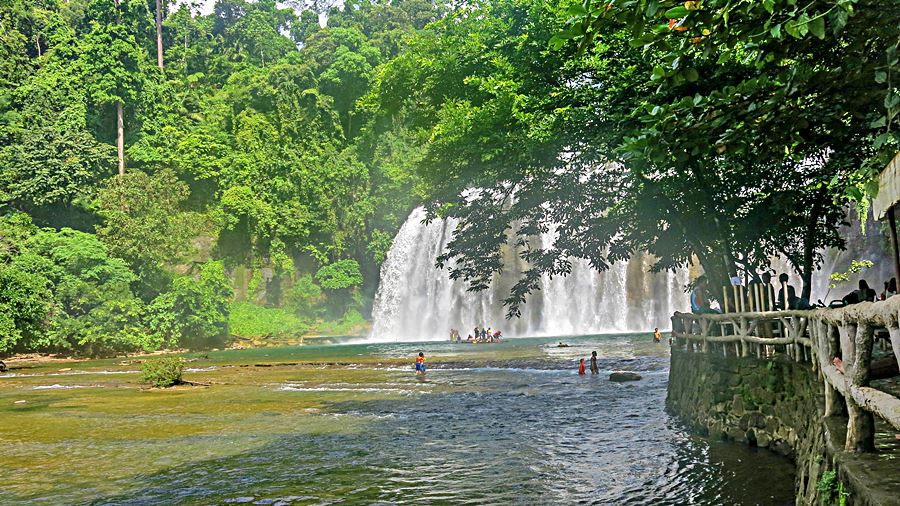 How to get to Tinuy-an Falls, Surigao del Sur

Reaching Tinuy-an Falls from the city can be quite a long journey given its remote location. The travel from the nearby city of Bislig alone should take a long 1-hour ride; more so if you are coming from places farther from the city itself, such as in Manila which is many kilometers away by water or land. Essentially, getting to Tinuy-an Falls is an excursion is aimed at getting to the Burboanan Village where the falls reside.