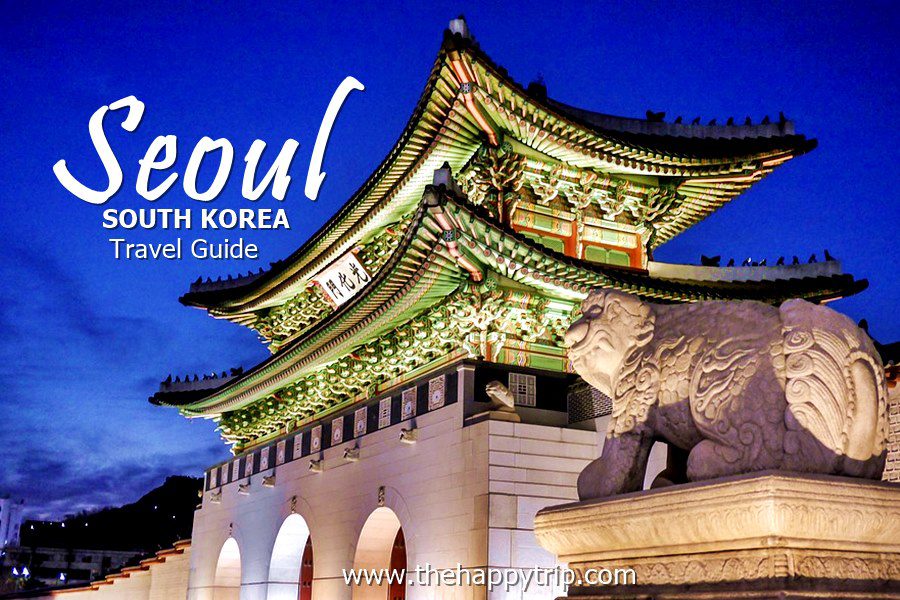 Here’s the Seoul, South Korea  Travel Guide aimed at helping first-time travelers to plan out their trip. This guide includes a list of tourist attractions, Seoul Hotels as well as links to other travel guides which might be of interest to you.

The popularity of Korea has grown in recent years through a phenomenon so-called Hallyu or in English translation, the “Korean Wave.” But despite taking the global stage that not only influences a specific demographics—particularly, lovers of K-pop or anything hailing from South Korea, including tech—but also kickstarts certain trends, South Korea’s capital, Seoul, remains an overlooked place for most travelers.

This is not to say that Seoul itself is a bad place. On the contrary, this capital city represents the eclectic mix of the forward-thinking culture of South Korea and its long-held tradition, essentially combining the best of the new and the old. But when you compare it to the likes of Tokyo, Taipei, and Beijing, Seoul is relatively “less frequented,” particularly as a tourist destination.

(Note: We’re taking the phrase “less frequented” loosely here. Seoul, according to a 2012 data, managed to rank the top 10 most visited places in Asia alone.)

This is quite a shame considering the effort which the South Korean government has placed into developing Seoul as a thriving place of innovation and growth for people to see and experience. This was starkly different back from when the country was still ravaged from its own internal conflict and struggling as a developing country.

Admittedly, some may argue that the differences between the cities are most ostensive. Tokyo, for example, is described to be more vibrant and its adherence to politeness is something that easily appeals to most tourists. To a certain extent, this is probably the same as the other aforementioned cities as well.

But let us not overlook the fact that South Korea is a different nation which represents a different kind of people, especially distinct from its neighbors. While it does have its fair share of downsides, it also has its upsides as well—something which makes it both unique and quaint.

Capitalizing on the idea that Seoul, South Korea in a nutshell, is a perfect blend of modernity and the archaic, the capital city is best described as a place where skyscrapers stand tall, where many independent businesses sprawl, landmarks being placed at significant places, and where pop culture pulsates more than anywhere in the country.

However, that is speaking of Seoul after a major facelift.

At its core, Seoul is also a city that honors its age-old traditions, often seen by the people and the immortalized constructs that remind the people of the city’s—if not the country’s—past.

It even commemorates the country’s former king, Sejong the Great, with an amazing looking, fairly gargantuan statue, depicting him as the “guiding hand,” responsible for the molding of the “golden age” of the Korean culture.

But make no mistake, the line of kings in Korea has long ended since the country’s annexation by Japan and its subsequent transformation as a republic. Although there are still some Koreans whose lineage trace back to their “royal” roots, it is worth noting that the South Korean government do not consider them as “monarchs,” rather as private citizens; yet, to a certain extent, still hold the special symbol in some occasions.

Simply, like all capital cities, Seoul is at the heart of South Korea and represents much of what it does best—culturally, economically, etc. 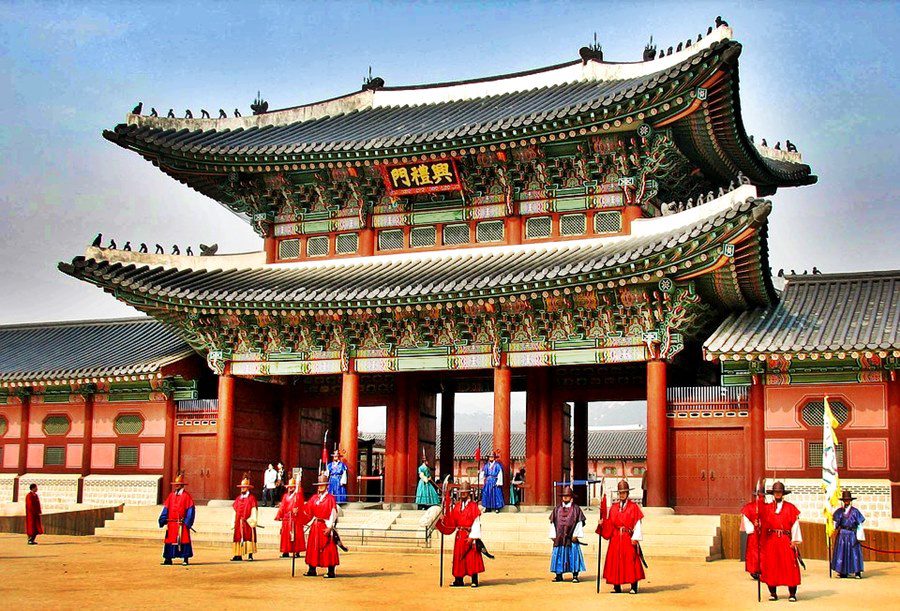 Things to do in Seoul, South Korea

Seoul has a lot of things to offer. The teaming culture, tradition, fashion, and people in it are undeniably just a few of the reasons why a lot of people fall in love with the place and its people. In this article, allow me to share with you’re the top places to visit in Seoul, South Korea. Prepare yourself for a fantastic adventure for this place can give you the kind of fun that you are looking for.

This 11-kilometer modern stream is the type of place you could visit if you want to relax fully. Sit near the stream along with other tourists, share stories with your companies, and enjoy the romantic and well-lit surroundings. Just prepare your camera, because everything in this place is picture-perfect.

One of the busiest places in the city is the Dongdaemun Design Plaza. The site serves as the venue for a lot of happening and gatherings. With that being said, the area is always teeming with life! If you are up to some edgy thing to do, then head to this design plaza and have a fantastic time. Take photos, roam around, and experience what the plaza to offer.

Considered as the largest retail and wholesale market in the entire Seoul, South Korea. Dongdaemun Market features around 30,000 specialty shops and 26 shopping malls! Whatever you are looking for, I am sure that you can find it in a lot of stores in this market. You have to be patient in going around since the place is filled with tons of stalls.

The Gyeongbokgung Palace in Seoul, South Korea, built-in 1395 under the Joseon Dynasty is one of the largest palaces built on its era. A lot of efforts have been made to restore and strengthen the palace to preserve its magnificent beauty. Heading here, one may also choose to drop by at the National Palace Museum of Korea, which also happens to be in the same palace ground. If you would like to see a real-life Korean palace similar to the famous Korean novellas that we watch, then this is the place for you.

The combined elements of arts, music, and culture are felt in this place, most notably at night. If you would like to meet fellow tourists as well as locals in a fun environment, Hongdae is the best! All you have to do is be groovy and enjoy the music and the company of the people around you.

Would you like to see more of traditional living in Seoul, South Korea? Well, Insa-dong might be the ideal place to visit. Here, you can see women wearing Hanbok and men riding horses. The galleries, along with the wooden houses, will make you feel that you are back in the ancient Korean times. If I may suggest, it is better to head there on a Sunday to get to witness the traditional road performances.

From cosmetics down to a lot of fashion stores, this shopping mecca called Myong-dong is the best one for you. More than that, this place is also a hub of cultural exposure, banking, and commerce. Plus, you do not get to worry about emptying your picket for a shopping spree because prices here tend to be much cheaper and affordable compared to the other nearby shopping centers in Seoul, South Korea.

N Seoul Tower or also called the Namsan Seoul Tower was built back in 1969. This was built to serve as the first-ever transmission tower for both television and radio. So, what is something exciting about it? Well, there is an available digital art on its tower at night, a roof terrace, and a digital observatory. Aside from that, famous food stalls such as HanCook restaurant. Plus, who would not forget the locks of love area of the tower?

Considered as the largest traditional market in the entire country, Namdaemun is consist of about 10,000s stores. They offer here medical goods as well as other daily living essentials. If you want to get the prices at a much lower price, it is also possible for as long as you buy in bulk or wholesale. Other than that, the retail price is also competitive compared to other markets.

Built back in 1396 by the Joseon Dynasty, the 18.5-kilometer wall surrounding the city served as a protection for the settlers back in those times. So, heading here and getting to see the wall in real life is not only fun but more of an educational one.

Ready to take a Seoul, South Korea adventure? Do not forget to bring with you your camera along with your most comfortable clothes and shoes and begin your experience. Have a Happy Trip! 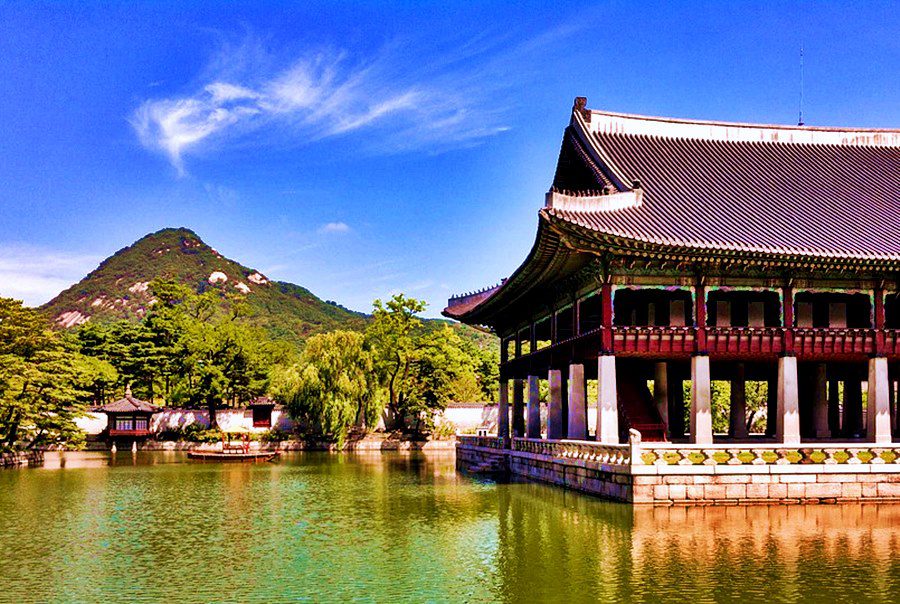 Where to Stay in Seoul | Hotels

Book your hotel room in Seoul, Korea. Click on any links below to compare prices and book your discounted room.