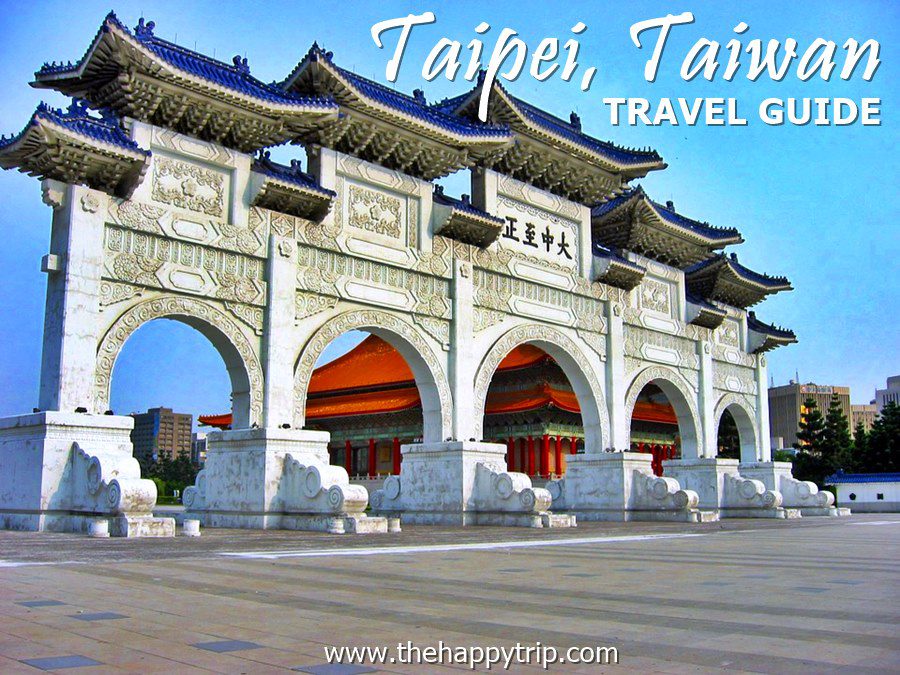 Taipei, Taiwan Tourist Visa for Filipinos and Other Nationals

It is now official, Taiwan extended visa-free entries for Philippine Passport Holders and other countries until July 2020.

Why Tourist Spots of  Taipei, Taiwan are Must-See

Taipei, the capital city of Taiwan, has seen a surge in its tourism in the past decade, which subsequently makes it one of the many city hotspots there are in the world. But an influx in popularity such as this does not just happen without any good reason.

In the case of Taipei, Taiwan, it is multi-fold: 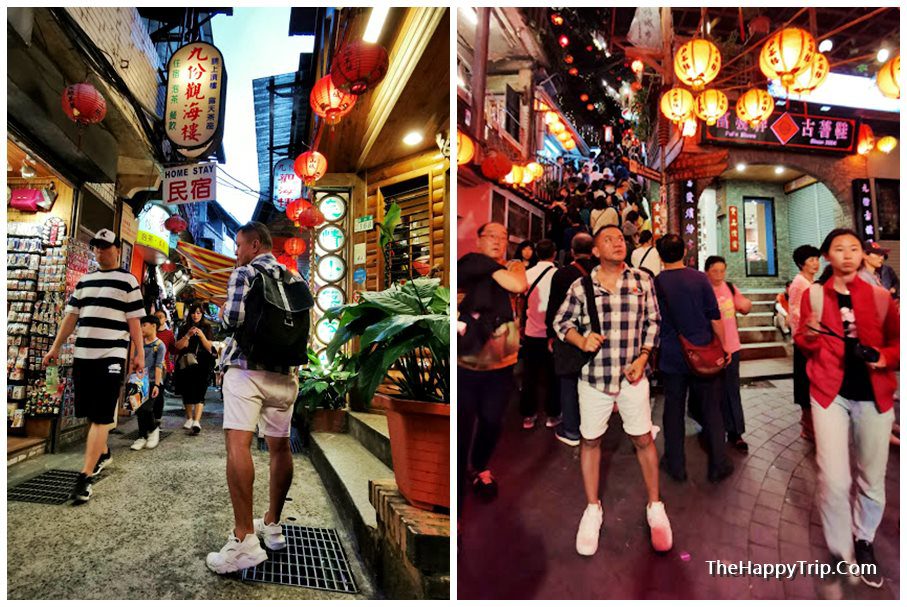 It is not just food that is overabundant in Taipei; it is also overflowing with other goodies, too; essentially making it a magnet for those who love to shop. While this is mostly true under the light of the day, the fun never stops if you are in Taipei as, even in the night time, there are also the night owls who sell in the night market as well.

Taipei, Taiwan is home to almost 3 million people who share many similarities from neighboring China, but also made distinct by the little nuances in culture. For a group of people who are considered amicable, the Taiwanese are some of the warmest and hospitable people in the world. This is especially true towards tourists who are baffled by the somewhat bizarre world that is Taipei. 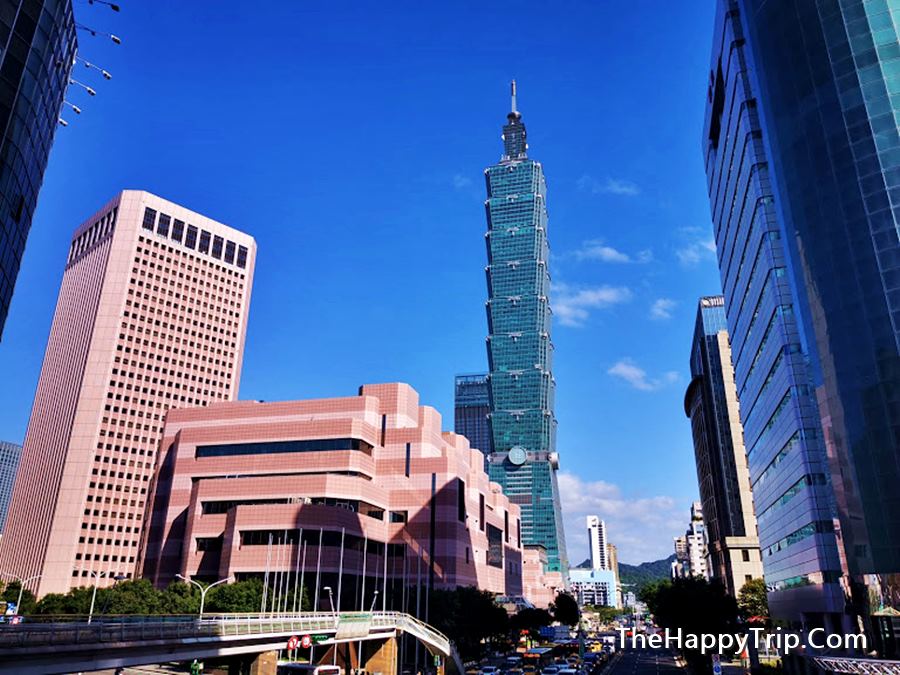 Taipei is home to some of the world’s most notable buildings, such as Taipei 101 which once held the title of being the tallest skyscraper in the world; the fantastic Longshan Temple; and the astonishing Grand Hotel. Inevitably, these places make common flock for tourists who like to take pictures of everything impressive.

Taiwan is home to several hundreds of valuable ancient Chinese artworks and artifacts coming from the mainland, initially as a repository during the heat of World War 2. To this day, all these precious items remain in the island-country for display. But the number of things to display is so vast, only 3000 unique pieces of them can be viewed at given times of the year which seems to shift at least four times in that period.

That is only speaking of the National Palace Museum which makes single out of the many others, each of which has its unique line-up and exhibits, that are scattered across Taipei. 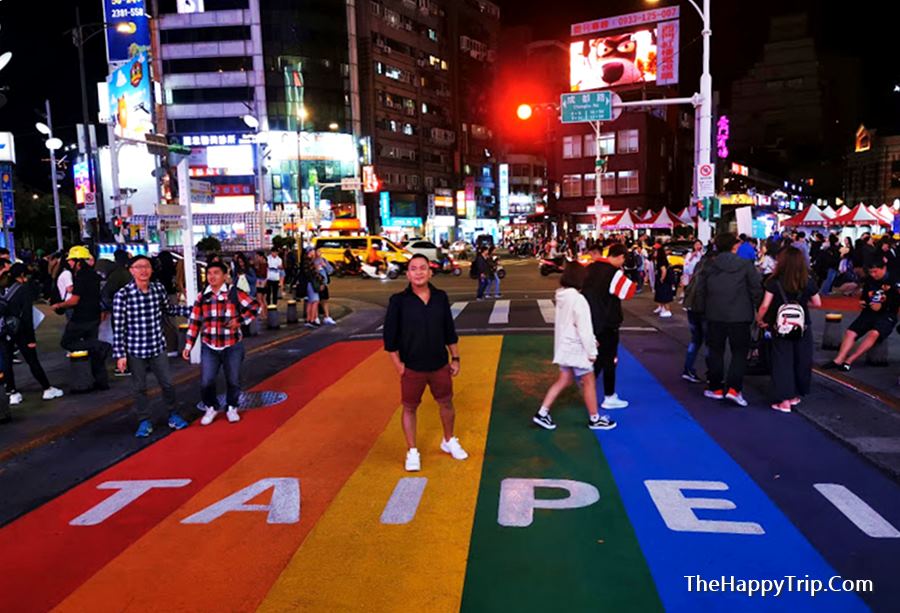 The vibrant nightlife of Taipei, Taiwan

Taipei, Taiwan is a city that never sleeps. While the street vendors and the night market are great testaments to this fact, there is also another side to Taipei that also does not cease to remain wake—the nightlife. If you are a party person who likes to experience the “wild side” of Taipei, Taiwan there’s no better place for it than its thriving culture of clubs, discos, and the like.

Lots and lots of food

Taipei, Taiwan is famous for street foods that line its many streets. It does not even matter where you are in it or what time of the day it is. Day in and day out and wherever there is always some vendors around the corner in this urban jungle that sells different kinds of food. If you are a foodie who likes to go on a gastronomic adventure, you can never go wrong in being in Taipei to expand your food discovery. 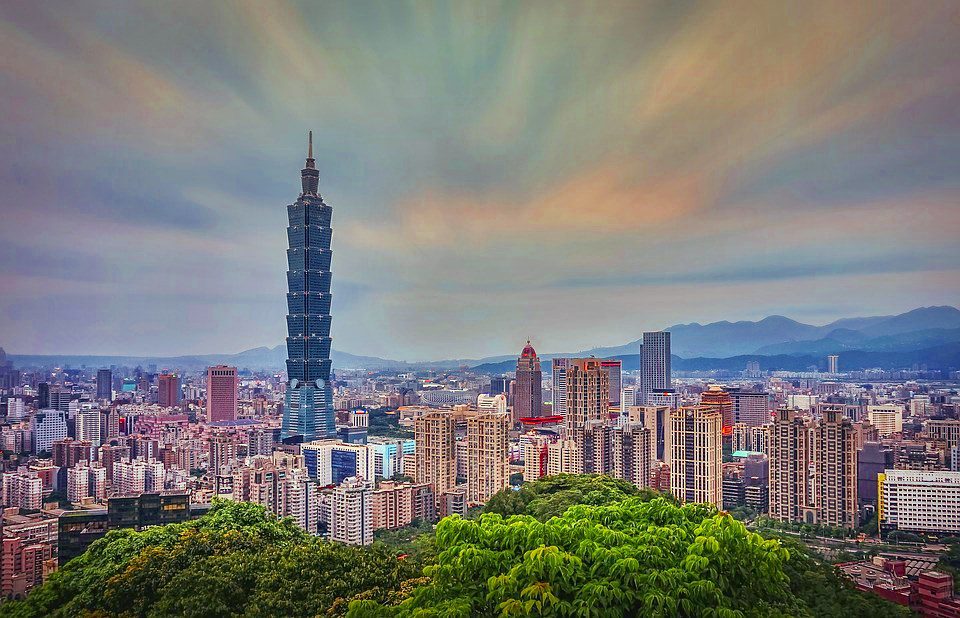 The construction of Taipei 101 began and was opened to the public in 2004. Designed by world-renowned architect, Chu-Yuan (C.Y.) Lee, Taipei 101 was held the record of the tallest skyscraper in the world until the Burj Khalifa surpassed it in Dubai upon its completion in 2010. The skyscraper’s design is based on the number eight (8) which is considered lucky in the Chinese culture—Taipei 101 sports eight autonomous structural units connected on top on one another to form the skyscraper’s iconic shape. Taipei 101 features an observatory with a 360 view of Taipei, the Taipei Basin and the skyscraper’s 660 tons damper can also be seen in the observatory. To climb the observatory deck, Taipei 101 is equipped with state of the art high-speed elevators that broke the elevators that only take 37 seconds to reach the 89th floor.

Yangmingshan National Park is most famously known for its display of a large clock made of flowers, 22 feet in diameter. A statue of Taipei’s late president, Chiang Kai-Shek can be seen the opposite of the flower clock between two cypress trees planted by the president himself. There is another statue built in the park of a famous Chinese scholar Wang Yang Ming from the 17th century and right in the center of the park lies the Xinhai Guangfu Building. Additionally, Yangmingshan National Park has natural hot springs, volcanic geography, and its surrounded by magnificent mountains, making it the ideal summer destination. 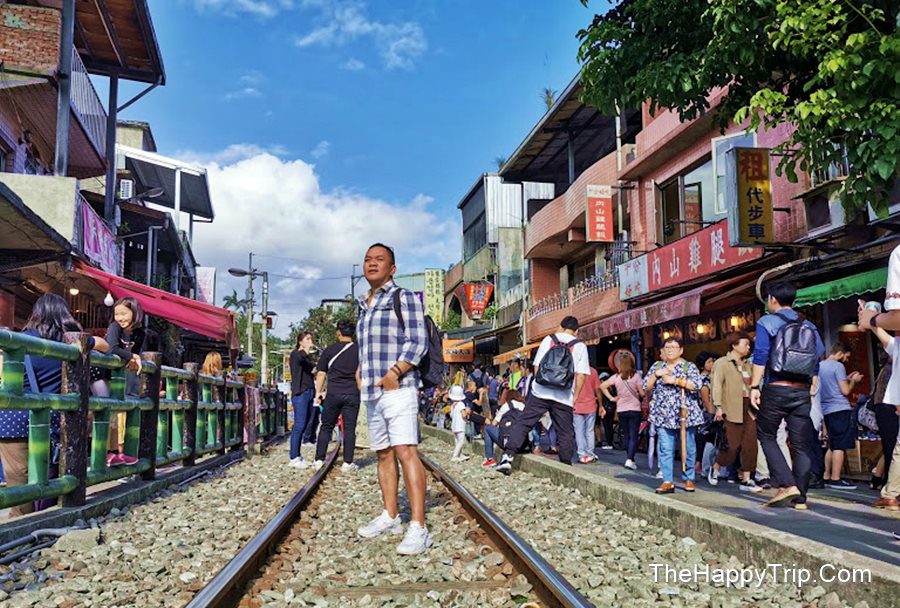 Beitou Library is not only for the bibliophiles to consume English and Chinese literature, but it is also for tourists looking to escape Taipei’s concrete scenery to relax and surround themselves with lush natural greenery. Beitou Library is designed by Taiwanese firm Bio-Architecture Formosana to be the first green library in Taiwan. With its liberal use of energy-efficient materials, the building blends in with the environment resembling a giant treehouse. Beitou Library is mainly built with wood and steel with solar panels lining its roof to store up to 16KW of power, plus huge French windows to let in natural light, allows the building to blend right in Beitou Hot Spring Park. 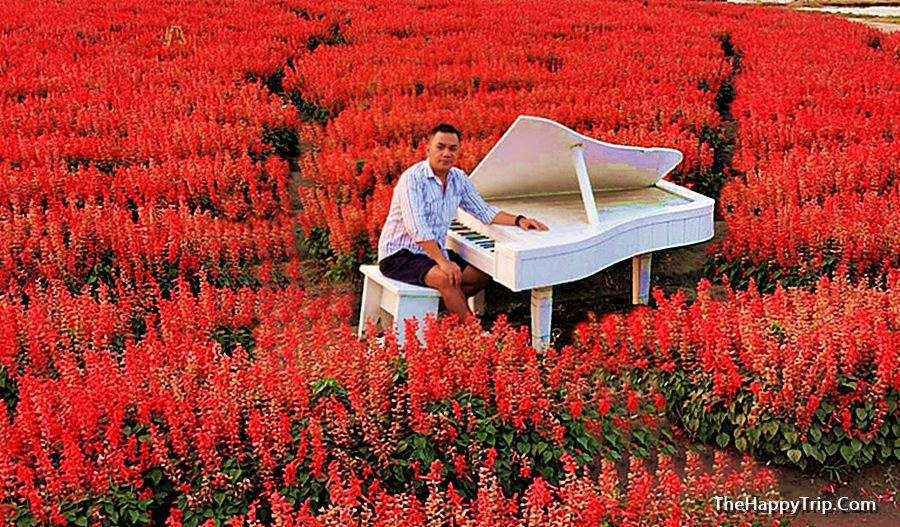 An Instagram-perfect place bursting with beautiful flowers. One spends at least a day for this place.

Maokong Tea Garden is famous for its charming teahouses and tea farms, add in the fact that its located 500 meters above the city, the scenic view alone makes Maokong Tea Garden a must-see for travelers looking to experience Taipei’s beauty. The garden is scattered with several teahouses or tea gardens that offer tea tasting made from the local tea farms. The Taipei Tea Promotion Center is also located here that allows visitors to experience introductory activities of picking, processing, brewing the tea. After which there is a free taste testing of the final product they helped create. Maokong Tea Garden offers a refreshing escape to the hustle and bustle of the city below it.

Also known as Taipei Martyr’s Shrine, it was built in 1969 to honor the 390,000 dead on the war to establish the Republic of China. To honor these fallen heroes, the shrine houses their spirit tablets inside its four walls of the main building in the testimony of their brave and heroic deeds. With a solemn atmosphere, the shrine resembles the architecture of the Hall of Supreme Harmony in Beijing’s Forbidden City. Tourists flock to witness the main attraction of the changing of the honor guards at the front gate every hour, trained to remain expressionless and still as a statue. Taipei National Revolutionary Martyr’s Shrine is a large complex including several small exhibitions lining the perimeter along with the main shrine. 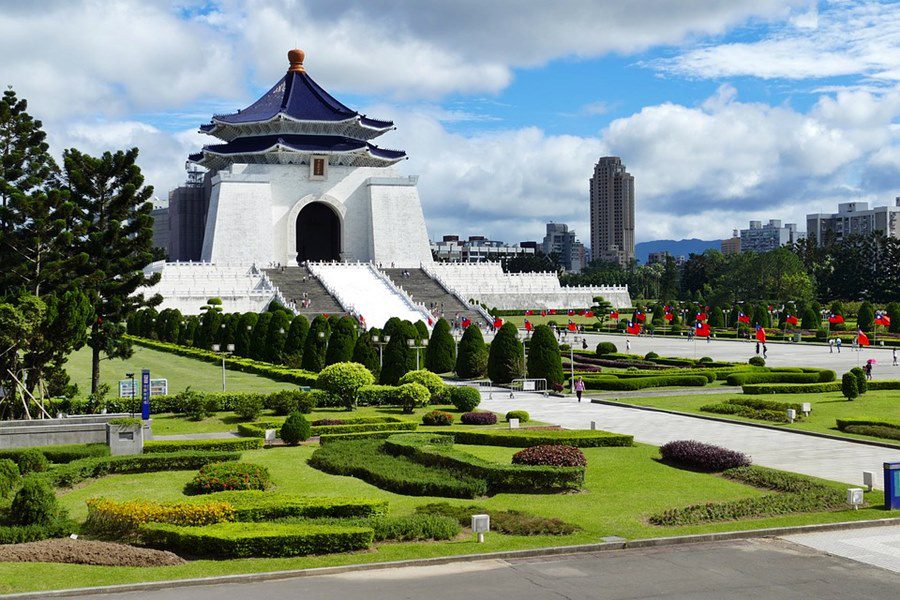 Also known as Sisi Nancun, Si Si Nan CunVillage was originally a complex to house soldiers in the Kuomintang army after being relocated to Taiwan. Si Si Nan Cun Village is located just walking distance South of Taipei 101. It still holds some of its original townhouses and has since become a cultural and educational zone, hosting a museum of the village’s history and culture. Its charming holiday square holds a farmer’s market, handicraft markets, and a flea market. The unique atmosphere of the village creates a feeling of going back in time for visitors wanting to experience a small piece of Taipei’s history.

Taipei Zoo, named Maruyama Zoo initially, is one of the largest zoos in Asia. Home to a variety of animal life, Taipei zoo is a zoological garden that leads and promotes conservation, research, education, and recreation for their animals. Taipei zoo hosts several different animal exhibitions for its visitors, most famously being the giant panda house that houses two giant pandas. Other exhibits include displays of domestic animals, an aviary home to 12000 birds of over 130 different species, and even an insectarium, amphibian and reptile house, not to mention hundreds of different species not yet listed. The Taipei zoo is a sure destination for animal lovers everywhere. 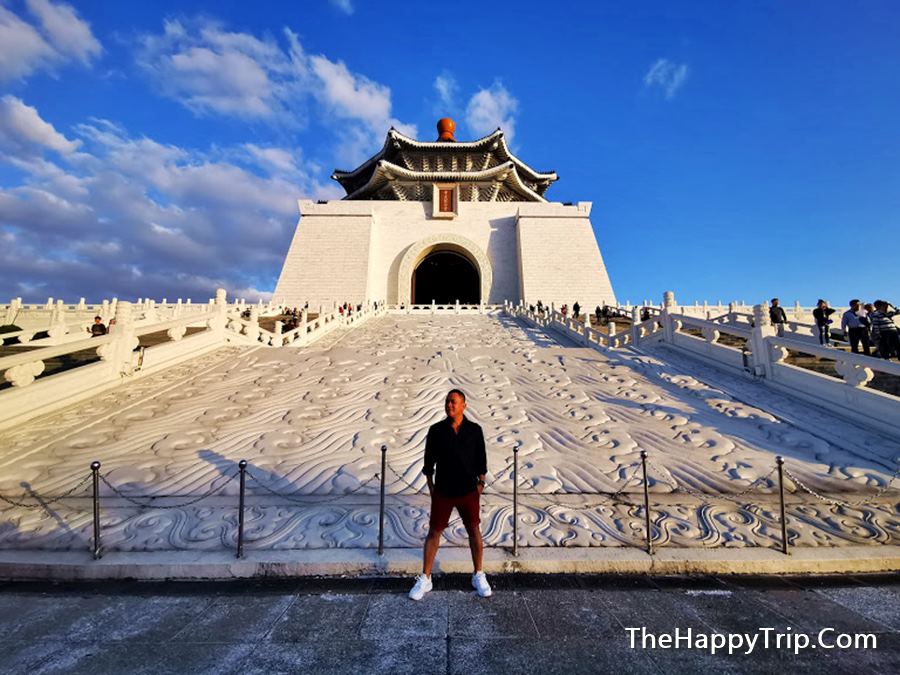 It is very important to stay connected while traveling. You can buy your Tourist Sim Card for Taiwan online which you can pick up the moment you arrive at Taipei International Airport. 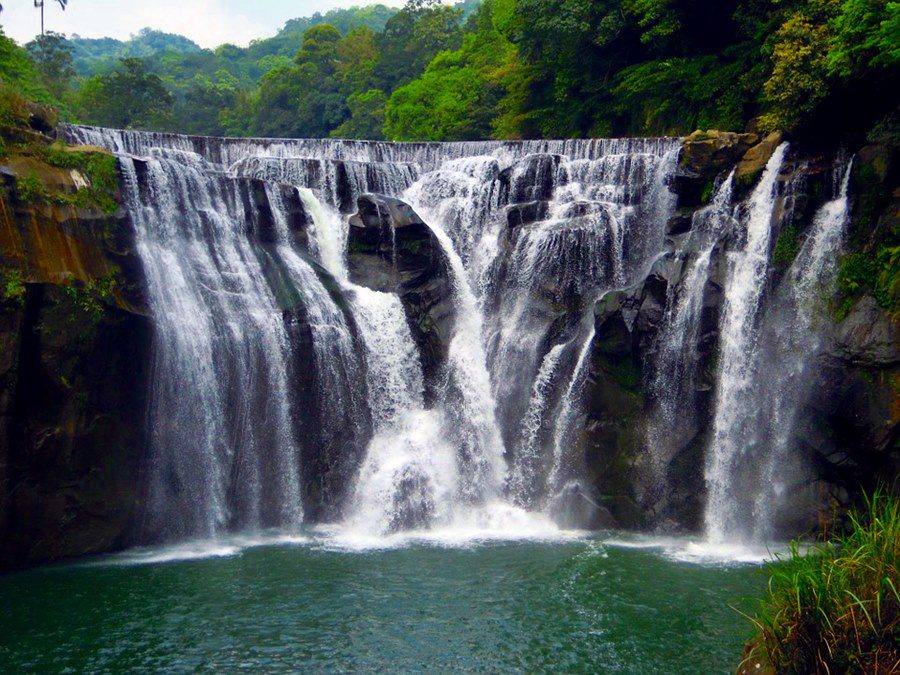 This tour will get you to experience Yangmingsan National Park as well as bathing in a Hot Spring.

Please take note that hot spring offers nude bathing only. But don’t you worry, all males are separated from women. 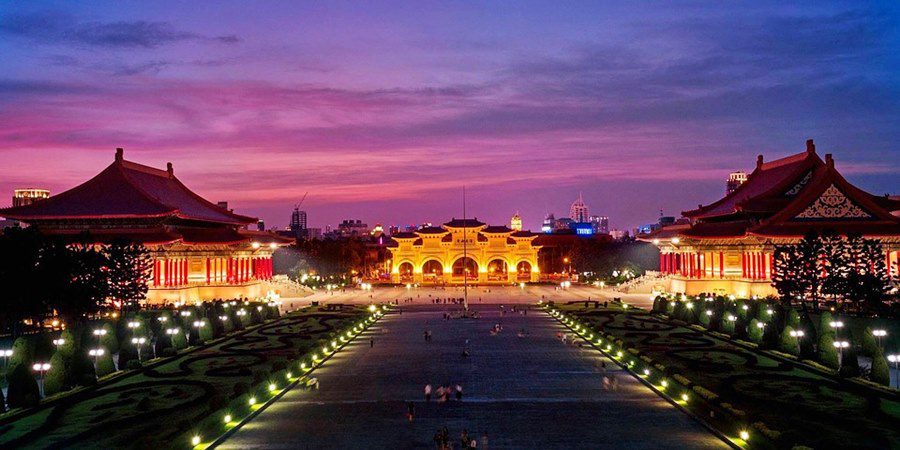 Book your hotel room in Taipei, Taiwan. Listed below are a few of the budget accommodations which you can stay if you are on a budget. Click any of the links and it will bring you to the booking sites.

One Plus One Hotel 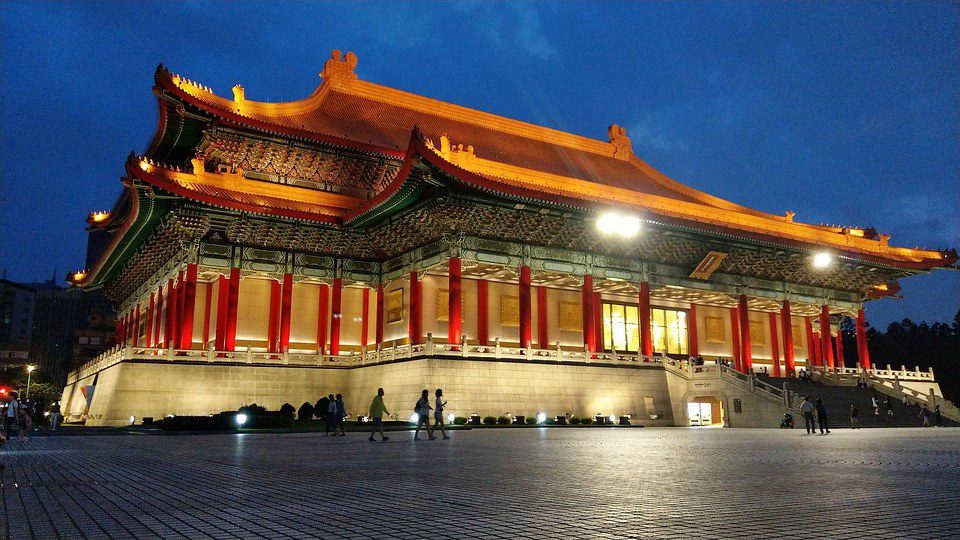 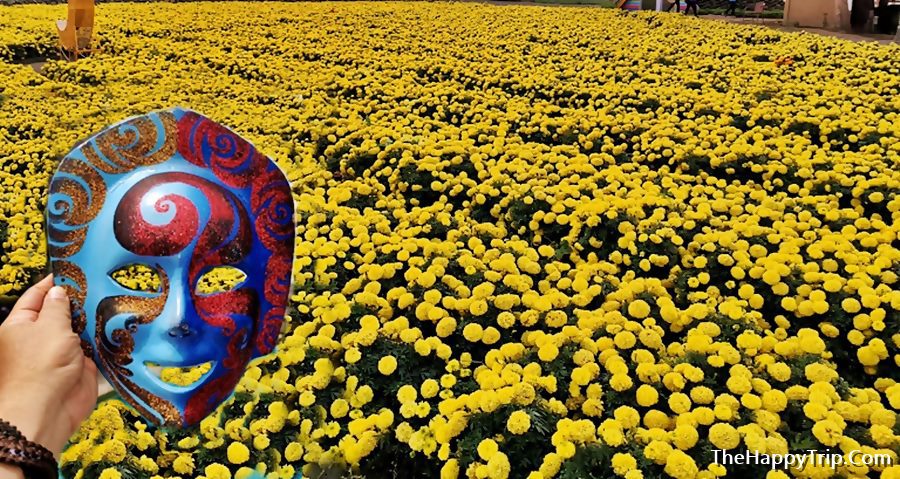